Meghana Sarja shared an adorable picture of her son Raayan with his uncle Dhruva Sarja. Meghana Sarja is active on social media and keeps on dropping glimpses of her time with her baby boy Raayan. Her latest Instagram post features her brother-in-law and late husband Chiranjeevi Sarja's younger brother Dhruv Sarja holding her little bundle of joy. She captioned the post, "My babies!" The uncle lovingly plants a kiss on little Raayan's cheek. Earlier, she took to the photo-sharing app and dropped a throwback photo with her late husband Chiranjeevi Sarja. This love-filled selfie was captioned, "Just us".

For the unaware, Chiranjeevi Sarja left for a heavenly abode on 7 June 2020, after suffering a heart attack. Actress-wife Meghana Raj was 5 months pregnant with their first child when he passed away. The couple tied the knot on 2 May 2018. Before taking the plunge, these two were in a relationship for around a decade. 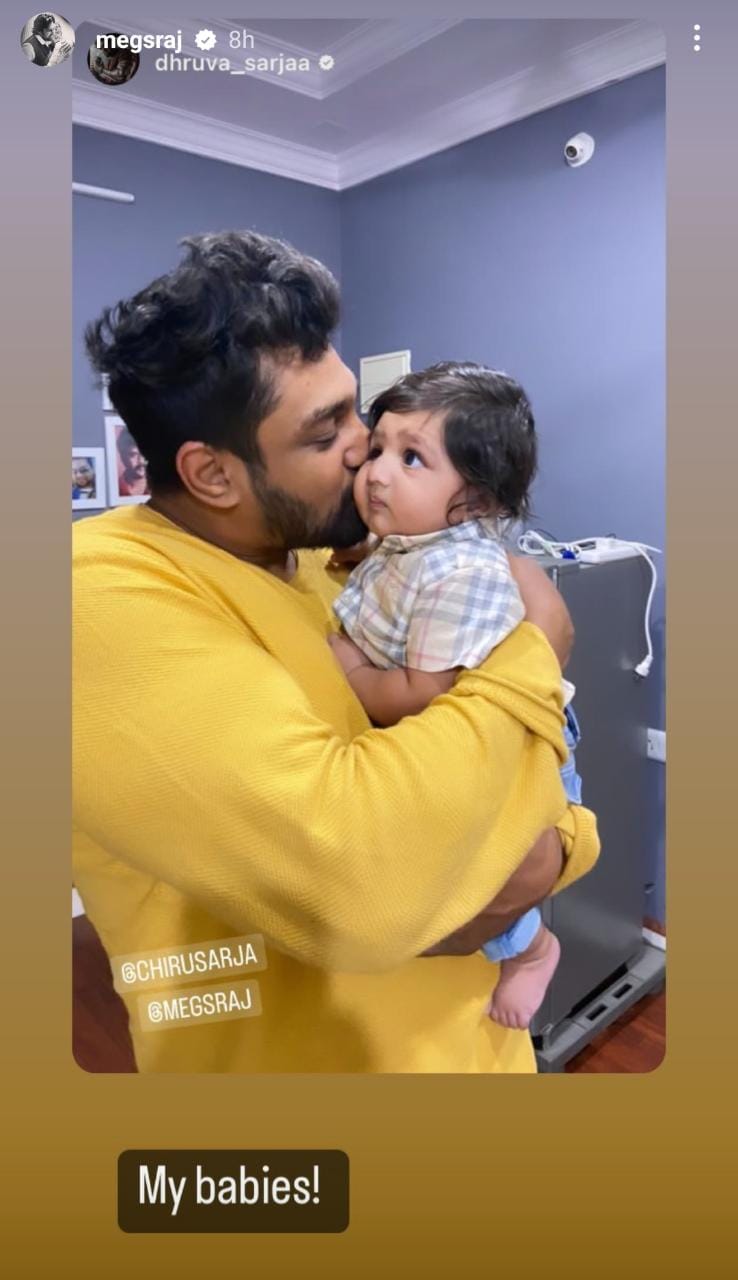 In the meantime, Dhruva Sarja also recently announced his first pregnancy with his wife. The actor took to his Instagram handle and shared a glimpse of the maternity shoot. The couple posed holding a picture of the sonography image in the post captioned, “We are entering a new phase of life, “a divine one”. Bless the little one coming soon. Jai Hanuman.”

In an exclusive interaction with Pinkvilla, Meghana Sarja revealed that she still talks to her late hubby, thinking he's around. She was quoted saying, "Every single day I think he is around and I do talk to him." The actress further revealed that her baby was the first thing that came to her mind after hearing the news of Chiranjeevi Sarja's demise in the hospital. Happy Birthday Meghana Raj: Woman who emerged as a...