As Naga Chaitanya celebrates his 36th birthday today on 23rd November, the makers have revealed that his next with Venkat Prabhu has been titled Custody. The Thank You actor Naga Chaitanya has turned 36 years old today on 23rd November and marking the occasion, the makers of his next with director Venkat Prabhu have revealed the title and first look poster from the film. The project has been titled Custody and will show the birthday star as a police officer.

Sharing the update, the makers wrote on Twitter, "Our Beloved @chay_akkineni's B'Day Celebrations on!! Here we GO, the RAGING First Look & Title of #NC22." The announcement poster shows Naga Chaitanya in a police uniform with several guns pointed toward him. The poster further quotes the line, "You must be the change you wish to see in the world."  A wounded Naga Chaitanya can be seen posing with a Rudraksha around his neck. His expressions suggest that he is trying to right some wrong and is being blocked by his fellow policemen. 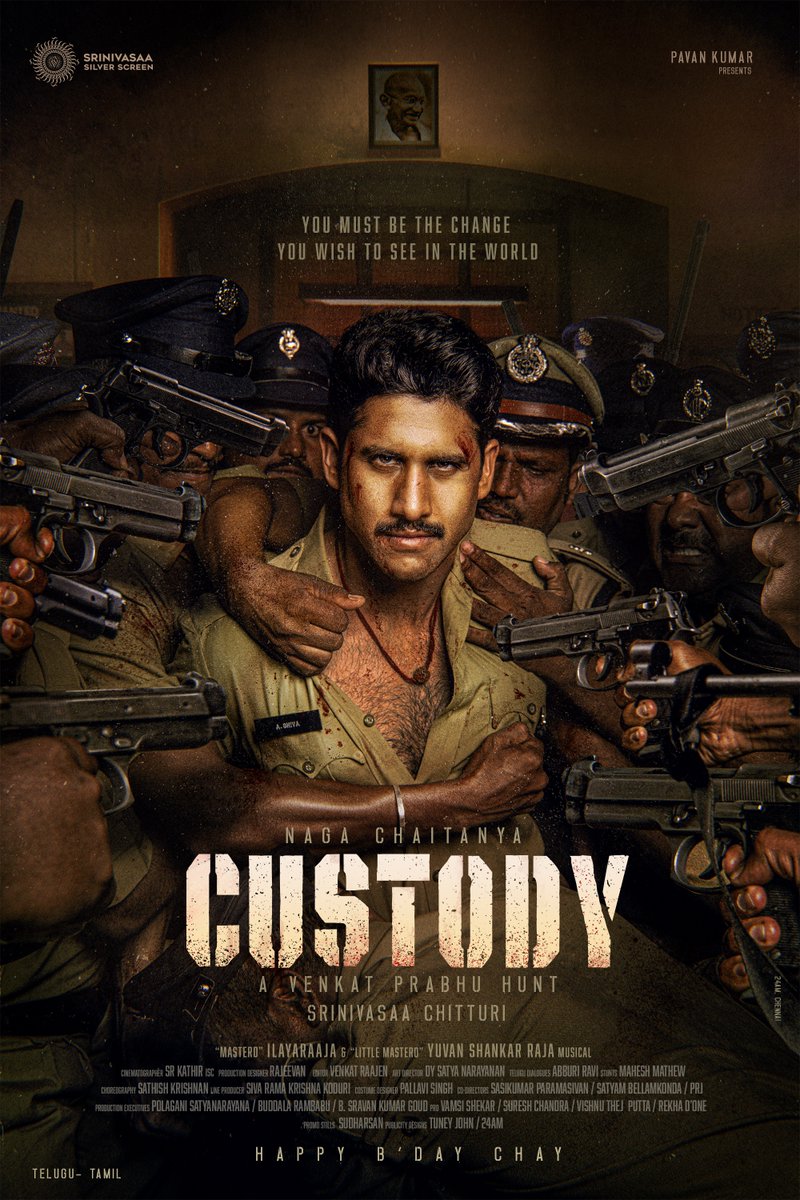 Krithi Shetty has been roped in as the leading lady of the drama opposite Naga Chaitanya. The project marks their second professional association. They earlier shared screen space in the 2021 film Bangarraju. NC22 is the Majili star's first Telugu-Tamil bilingual movie. Additionally, Custody will also be the filmmaker Venkat Prabhu's debut Telugu film.

In the meantime, during an exclusive interview with Pinkvillla, Kirthi Shetty talked about collaborating with Naga Chaitanya for the second time. The actress was quoted saying, "We will be starting the shoot next month probably. I'm extremely excited to work with him because now that we have already worked together and I know how chill it is to work with him, I'm definitely looking forward to it. Plus, people have also seemed to like our pair quite a bit...I think we should give the people another nice film."

Backed by Srinivasaa Chitturi under the banner of Srinivasaa Silver Screen, Pavan Kumar is presenting the drama. While Abburi Ravi has penned the dialogues for Custody, the father and son duo Isaignani Ilaiyaraaja and Yuvan Shankar Raja are rendering the tunes for the movie.