The South film industry is certainly the real definition of love. We bring you the top five South couples who fell in love on sets and became reel to real-life partners. Nayanthara-Vignesh Shivan to Mahesh Babu-Namrata: South actors who fell in love on sets

When two people are put together for a longer period, it's human nature to get close to each other. Well, in that case, our celebs aren't different. For a very long time, shooting sets have been a place for love as stars spend most of their time there. Although, they shoot with many co-stars, some people just vibe and butterflies begin, love happens and it's all beautiful.

We have so many couples in the South film industry, who have fallen in love with film sets and gone on to have a successful relationship. The South film industry is certainly the real definition of love. From dreamy romantic love stories to real-life made for each other celebrity couples, B-town never leaves a chance to carve couple goals. Today we bring you the top five South couples who fell in love on sets and became reel to real-life partners.

Nayanthara and Vignesh Shivan's love story began on the sets of their blockbuster film Naanum Rowdy, which was released in 2015. Nayanthara met Vignesh Shivan for the first time during the narration of director Naanum Rowdy Dhan. During the filming in 2015, the couple fell in love with each other and there has been no looking back since then. The couple got married this year in June and also welcomed twin boys recently.

Fun fact, Nayanthara was not the first choice for the female lead in Naanum Rowdy Dhaan. However, they coincidentally met at a hotel and had a brief narration, which eventually led to the most beautiful love story. 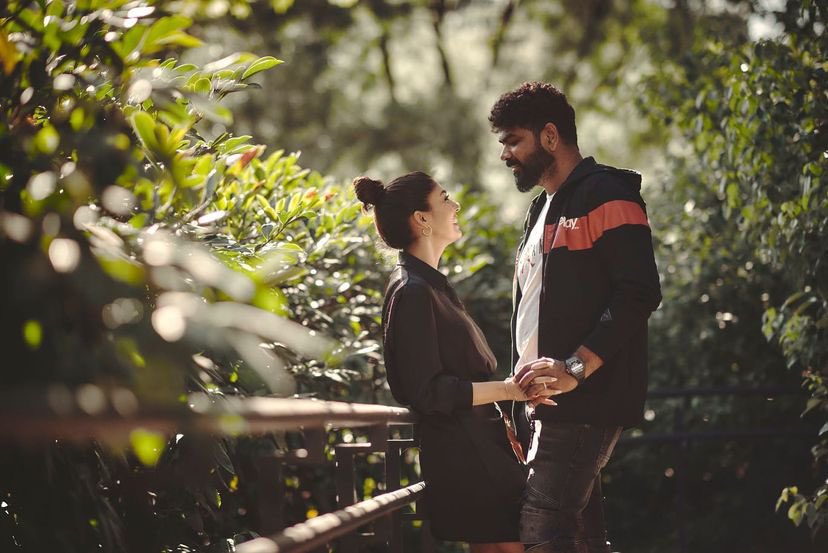 Mahesh Babu and Namrata Shirodkar's love story started on a film set. The two met for the first time at the puja ceremony of the Telugu film 'Vamsi'. Love at first sight! It was love at first sight for both but they did not profess their love at that time. However, during shoot, they often spent quality time with each other and by the end of the film's shooting, it is said that they had begun dating each other. In 2005, after a few years of dating, the duo convinced their parents and tied the knot. The couple are blessed with two kids- Gautam and Sitara and they make an adorable family. 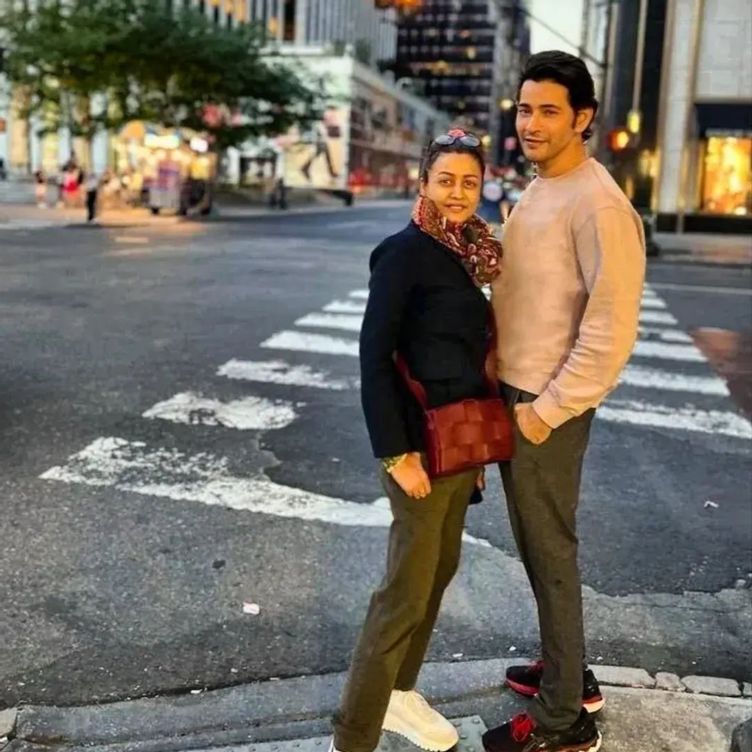 Suriya met his lady love Jyothika in 1999 on the sets of Poovellam Kettuppar. As Jyothika is a Punjabi, she struggled with the Tamil language but her dedication is what pulled Suriya towards her. In 2001, they bumped into each other again on the film's set, and the magic began. It was during the filming of Kaakha Kaakha, the two had fallen in love and were believed to have gotten engaged in a low-key ceremony. But the couple didn't reveal about their engagement to anyone as Suriya took time to convince his parents. In the year 2006, Suriya and Jyothika culminated their beautiful relationship into the sacred thread of marriage. Jyothika took a break from films and went on to welcome her daughter, Diya in 2007 and her son, Dev in 2019. 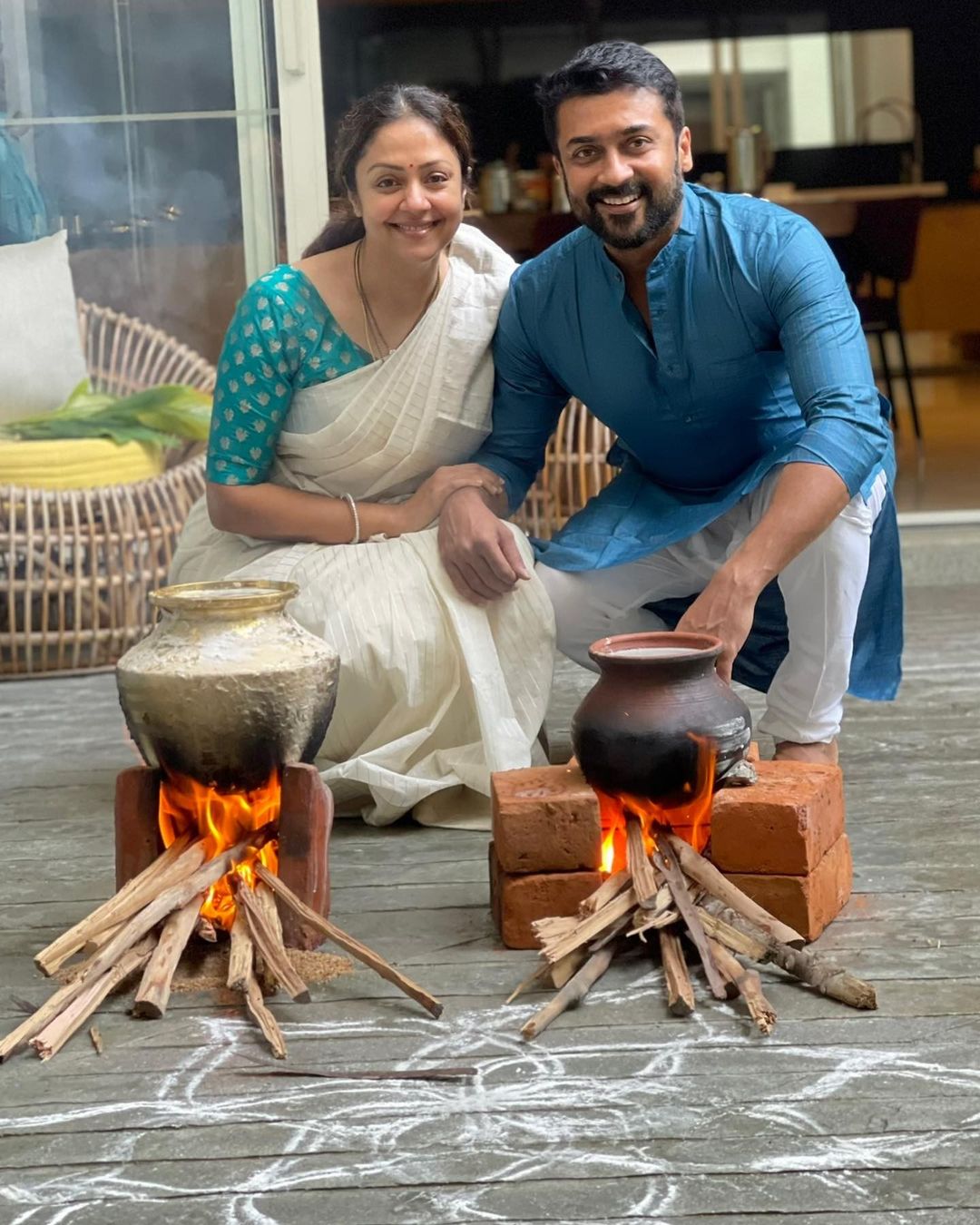 Ajith Kumar and Shalini met each other on the sets of their film Amarkalam in 1999 but it was a particular scene that got butterflies for each other. Ajith had to pretend to injure the heroine, Shalini’s hand with a knife to scare her. However, the actor had accidentally cut her hand with a knife and ended up hurting her. He took care of Shalini during the entire film’s shoot while the latter’s heart had melted like butter.  Amid a lot of speculation about their relationship, the couple decided to tie the knot in 2000. Shalini, who was then a leading actress, quit acting after her marriage. Married for 22 years, the couple has two kids, daughter Anoushka and a son Aadvik

Arya and Sayyesha appeared together in the romance drama Ghajinikanth, and the on-screen couple became real-life after falling in love. In 2019, the couple got married in a lavish wedding surrounded by close friends and family. The couple never leaves a moment to set goals despite a huge age gap. They co-starred once again in Teddy, which was postponed for a long period. 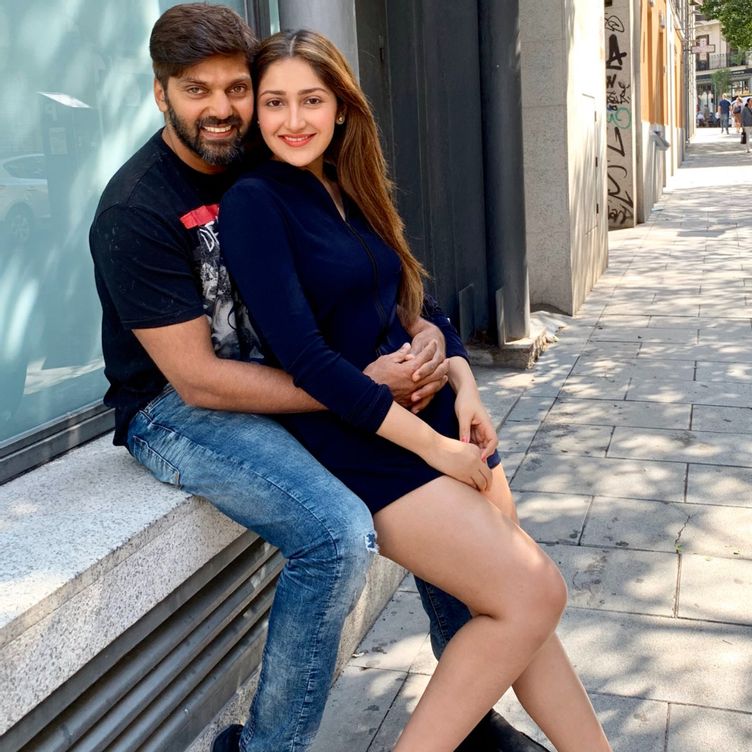 Also Read: Why This Kolaveri Di to Maari Thara: 5 best songs crooned by Dhanush that prove he's a pro at singing