Nayanthara and Vignesh Shivan are curently enjoying their new roles as parents. The actress and director couple recently posed with friends, as they twinned in white. Nayanthara and Vignesh Shivan recently welcomed they twins through surrogacy.

Nayanthara and Vignesh Shivan, the much-loved couple in the Tamil film industry are currently enjoying their new roles as parents. The actor and filmmaker registered their marriage six years back, on March 11, 2016, and made it official with a grand function in June, this year. Vignesh Shivan and Nayanthara welcomed their twin baby boys through surrogacy in October 2022. The filmmaker announced the good news and introduced their twin boys, Uyir and Ulagam to his followers, with an Instagram post.

The lady superstar and hitmaker served major couple goals as they twinned in white shirts, in their recent pictures. In Vignesh Shivan's Instagram stories, the filmmaker and Nayanthara are seen posing together at their residence, with famous stylist Neeraja Kona and celebrity photographer Joseph Radhik. The stylist, who originally posted the pictures with the new parents and photographer on her Insta story, wrote: "The Selfie ft. Us. @josephradhik @wikkiofficial & Nayann." Neeraja Kona also shared a selfie with Nayanthara and Vignesh Shivan, which she captioned: "These 2 and their 2 (red heart emojis) Fav humans Nayan and V!! @wikkiofficial" 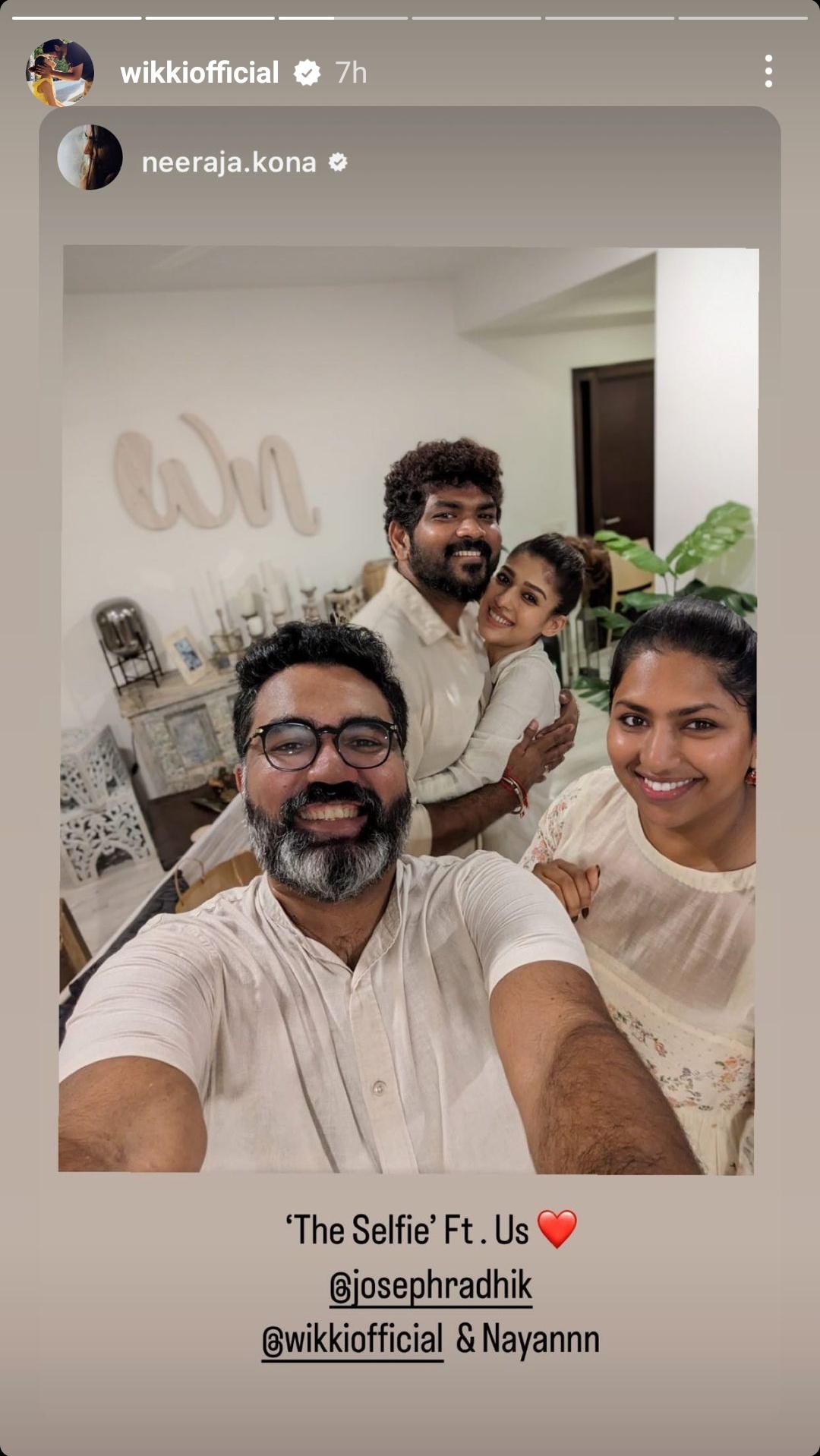 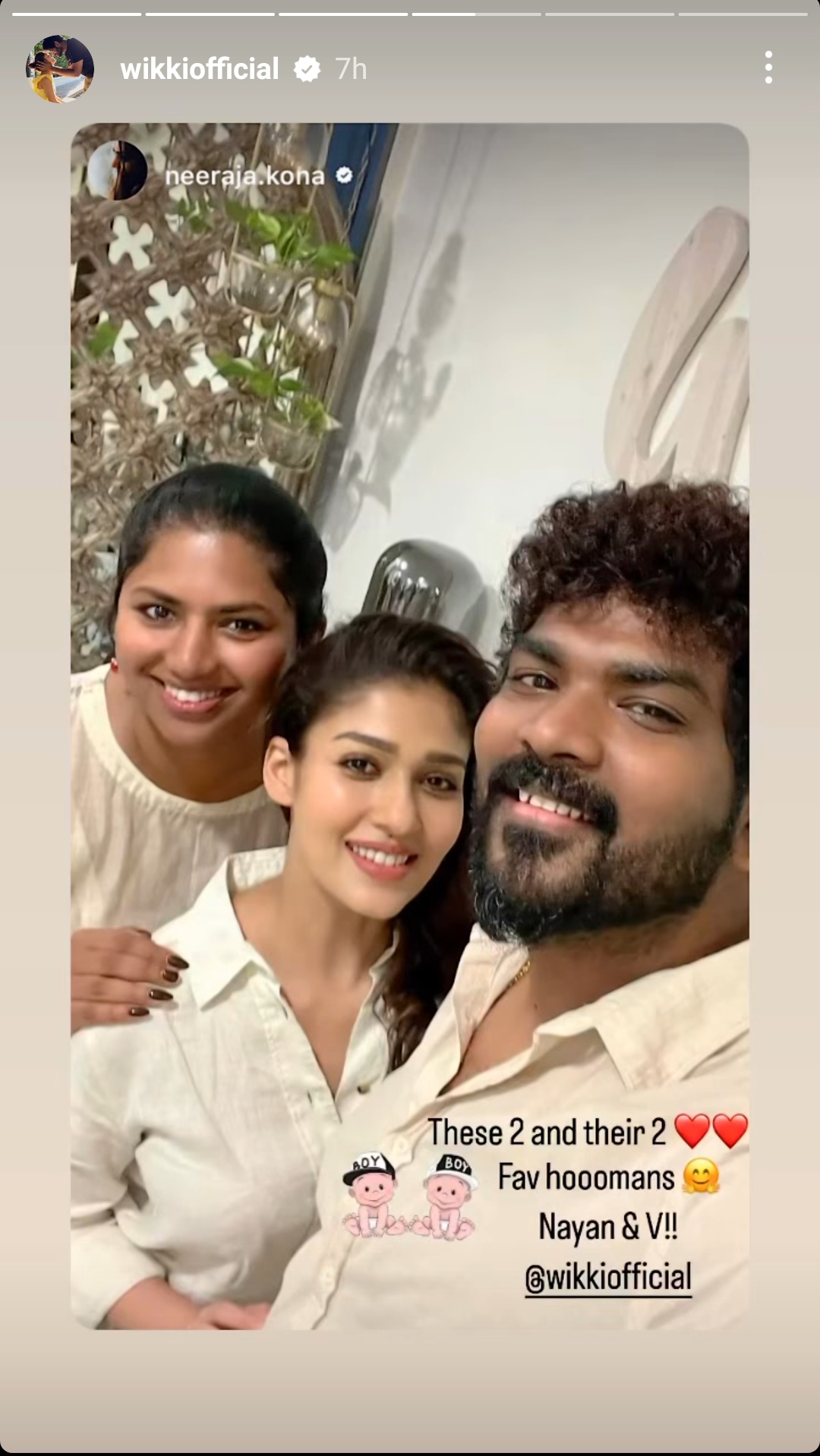 Vignesh Shivan is currently busy with the pre-production works of his much-awaited upcoming project, which features popular star Ajith Kumar in the lead role. The highly anticipated project, which is tentatively titled AK 62, is expected to start rolling by the beginning of 2023. A major update on the project is expected to be out in a few weeks. Nayanthara, on the other hand, will be next seen in the upcoming Prithviraj Sukumaran-Alphonse Puthren project, Gold. She is also reportedly in talks to play the lead role in actor Nivin Pauly's upcoming production venture, which has been titled, Dear Students.

ALSO READ: EXCLUSIVE: Here's how Nayanthara is planning to celebrate her birthday with newborn twins