Kamal Haasan was recently captured by the shutterbugs at actor Y Gee Mahendra’s play, Charukesi in Chennai. The Vikram star made his charismatic presence and was seen in a yellow shirt with blue stripes. His salt and pepper hair and moustache left all smitten. The play has been penned by Venkat Dramatized, with direction from YGEEM. Charukesi also marks Y Gee Mahendra’s 60th year on the stage.

In the meantime, Kamal Haasan is presently busy shooting for the highly-anticipated drama, Indian 2. The project is his second collaboration with filmmaker S Shankar after the 1996 blockbuster Indian. We will once again get to witness the celebrated character Senapathy on the big screens. 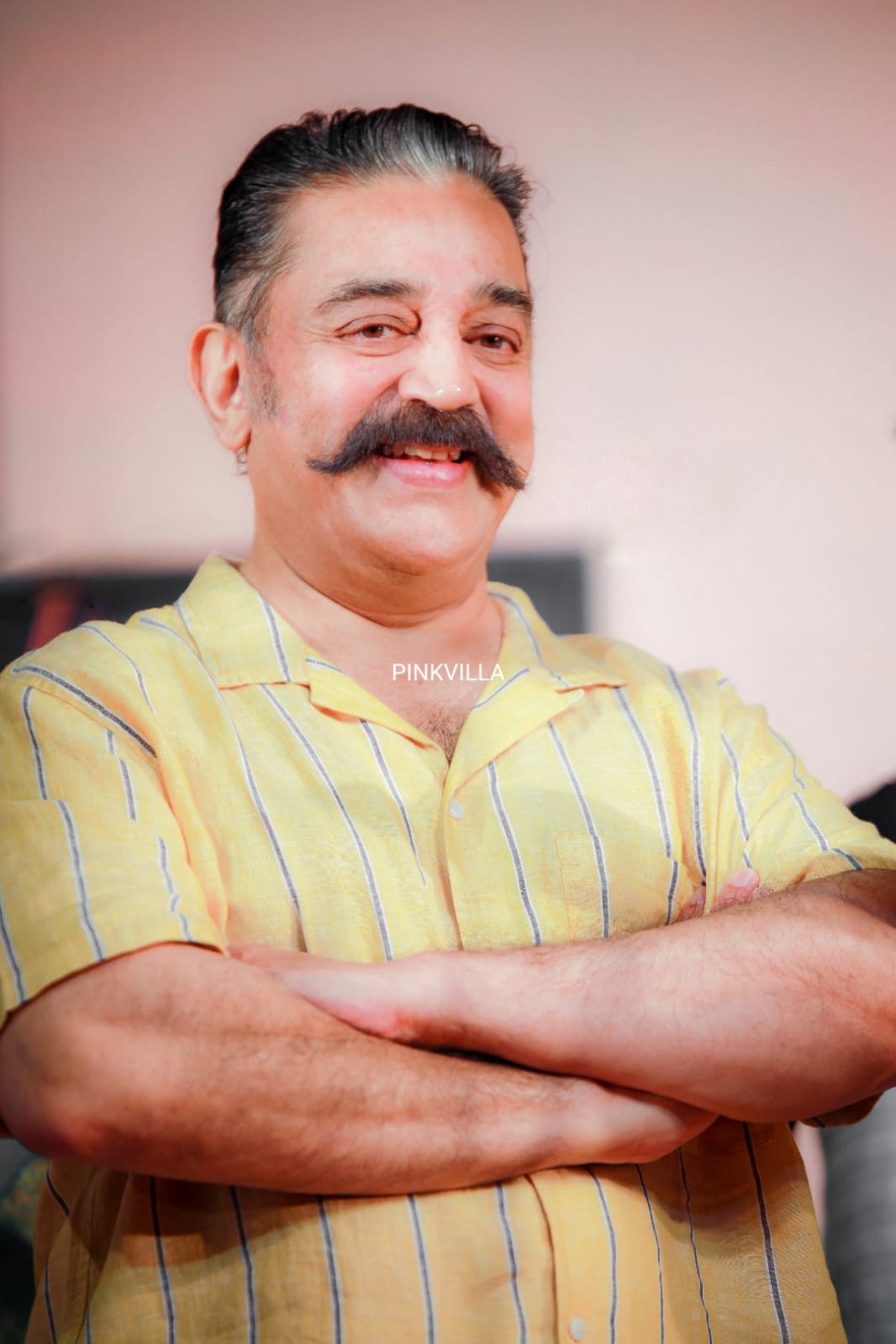 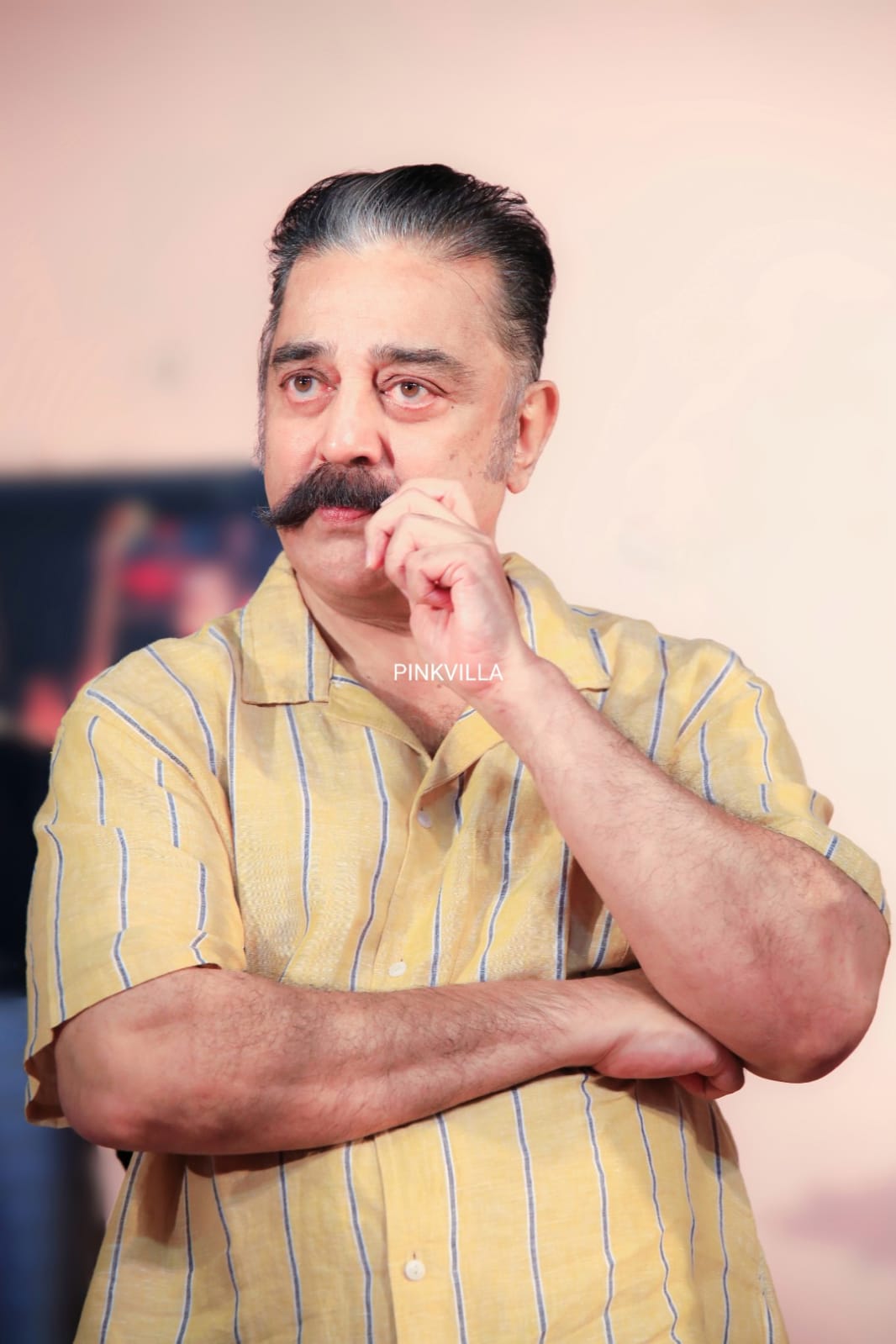 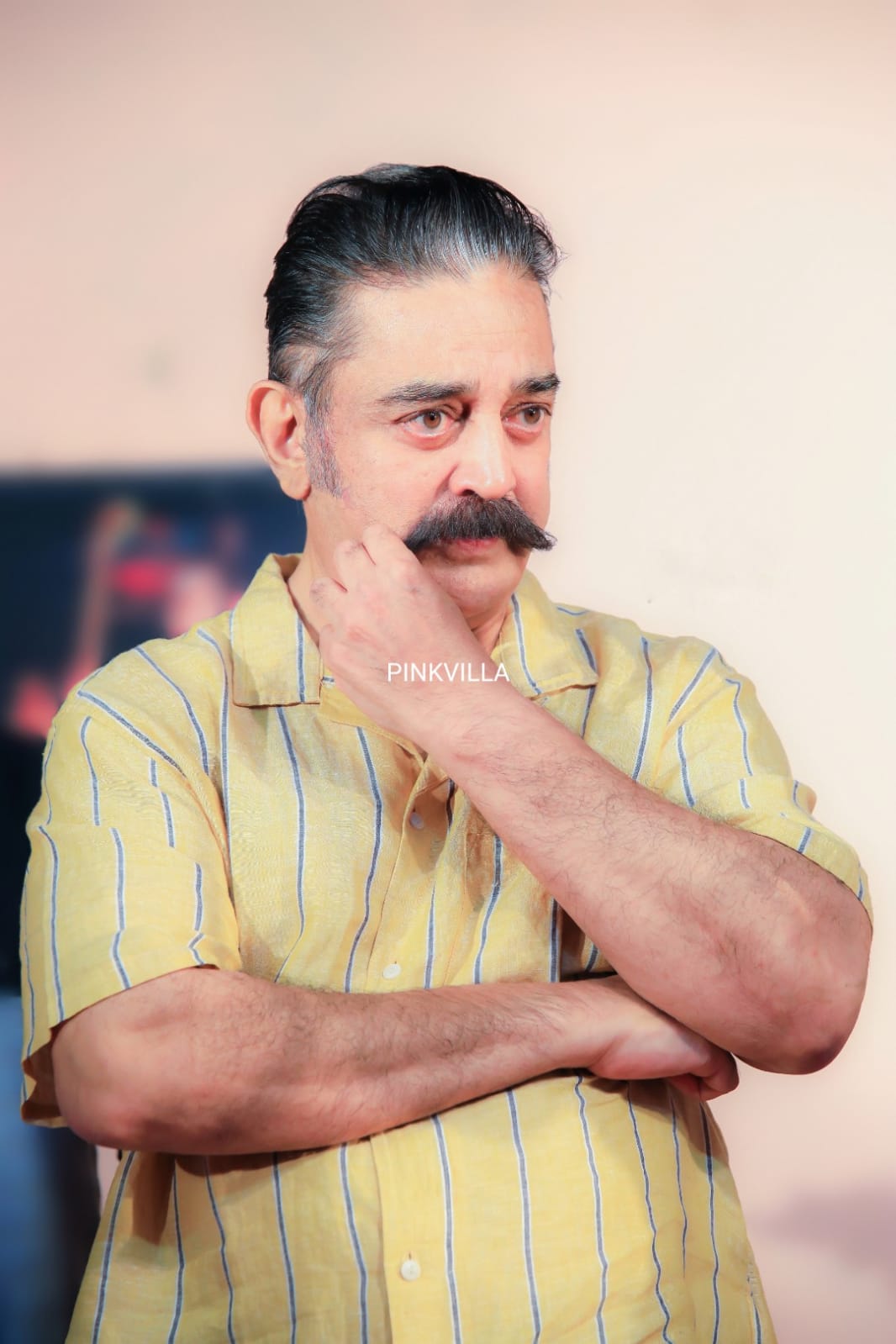 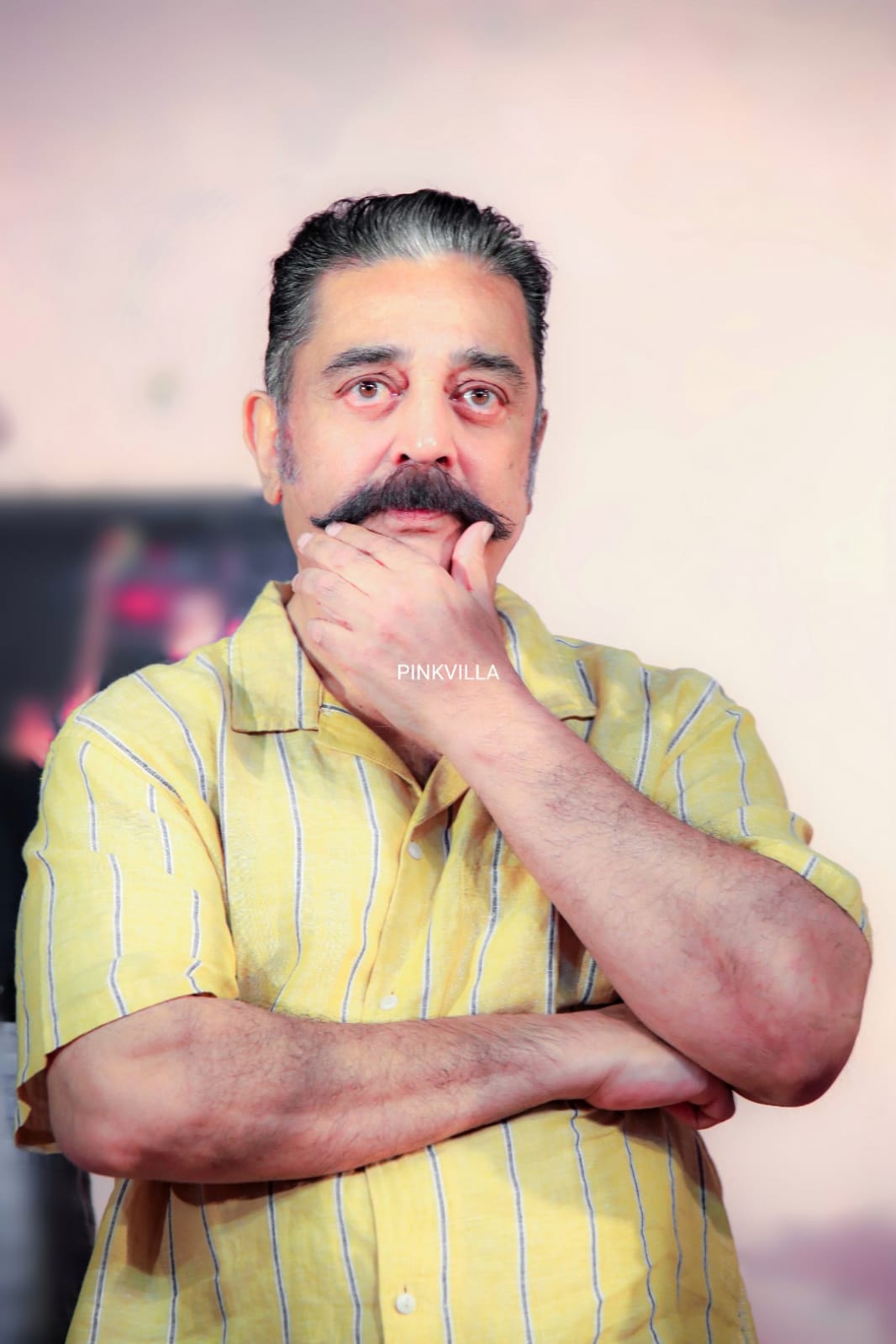 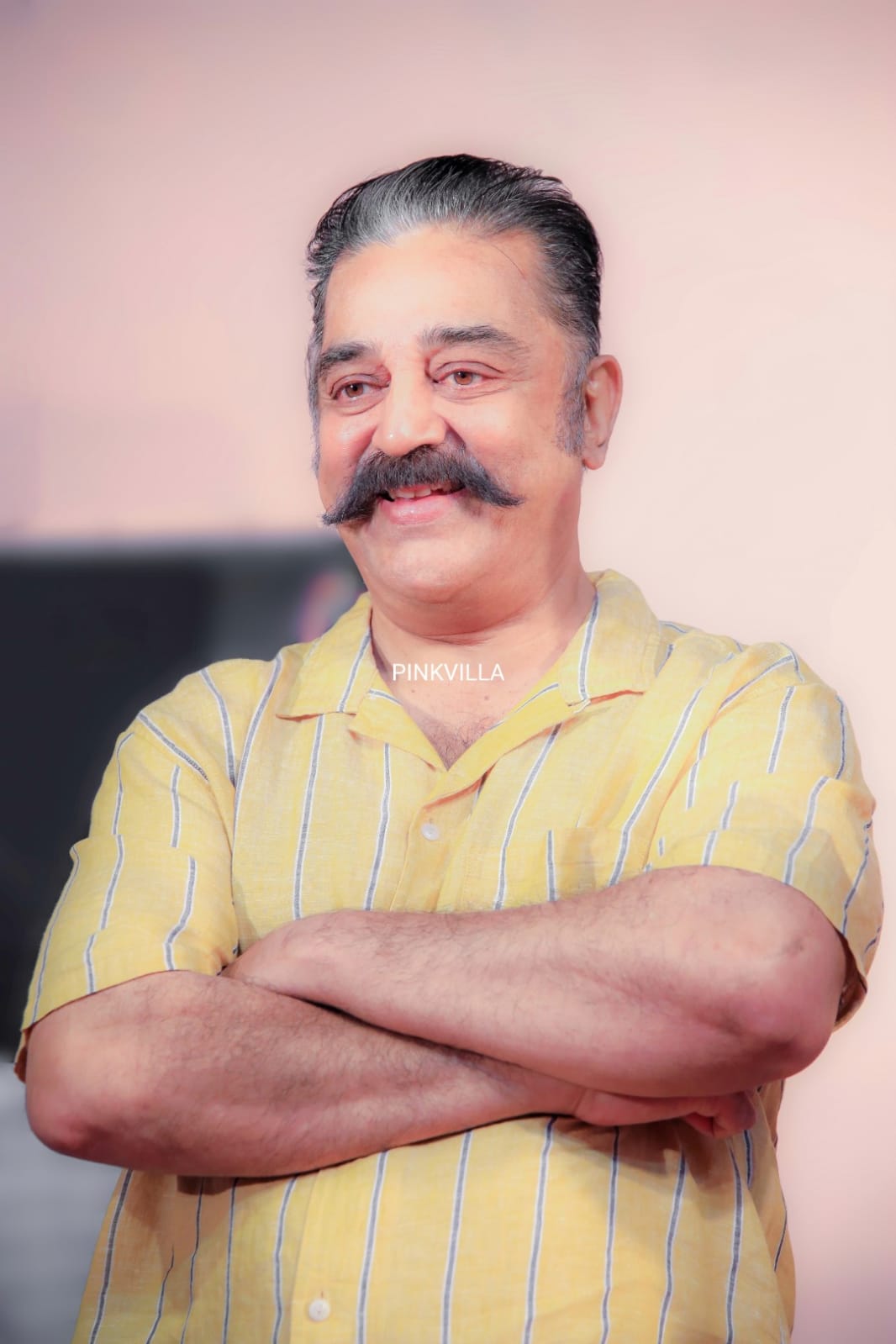 For the unaware, Indian 2 initially went on floors in 2020. But the shooting of the drama came to a halt due to an unfortunate accident on the sets of the movie in Chennai. Following this, the venture was further delayed because of the country-wide COVID-19 pandemic. Given the delay in Indian 2, speculations started doing the rounds that the venture has been shelved for good. Later, Kamal Haasan and Shankar rubbished the reports and clarified that the film is on the cards.

Indian 2 will carry forward the story of Kamal Haasan's character Senapathy. Apart from the protagonist, Kajal Aggarwal and Rakul Preet Singh are also on board the cast as the leading ladies, along with Siddharth, Priya Bhavani Shankar, Bobby Simha, and Guru Somasundaram in supporting roles, along with others. Backed by the production houses Lyca Productions and Red Giant Movies, Anirudh has scored the music for the film.