Vijay Deverakonda made sure to add a dramatic element to his look by wearing a long velvet jacket. Vijay Deverakonda was papped arriving at Gachibowli Stadium today, January 22 to support Hyderabad Black Hawks, a men's volleyball team. VD, as we all know has always managed to grab the attention over his quirky and uber-cool fashion choices. He does it again in an all-black look. One can see in the photos, Vijay Deverakonda is wearing a simple black tee teamed with denim jeans.

However, he made sure to add a dramatic element to his look by wearing a long velvet jacket having an attached waistcoat. Black boots and slicked-back hair completed his look. From tailored suits in pink, to ethnic ensembles with beanie or wearing lungi with a shirt at events, the Arjun Reddy star has done it all. The actor serves another dramatic look that is all things stylish. His style statement is nothing but just an extension of his personality. He can pull off any quirky look with ease and confidence. 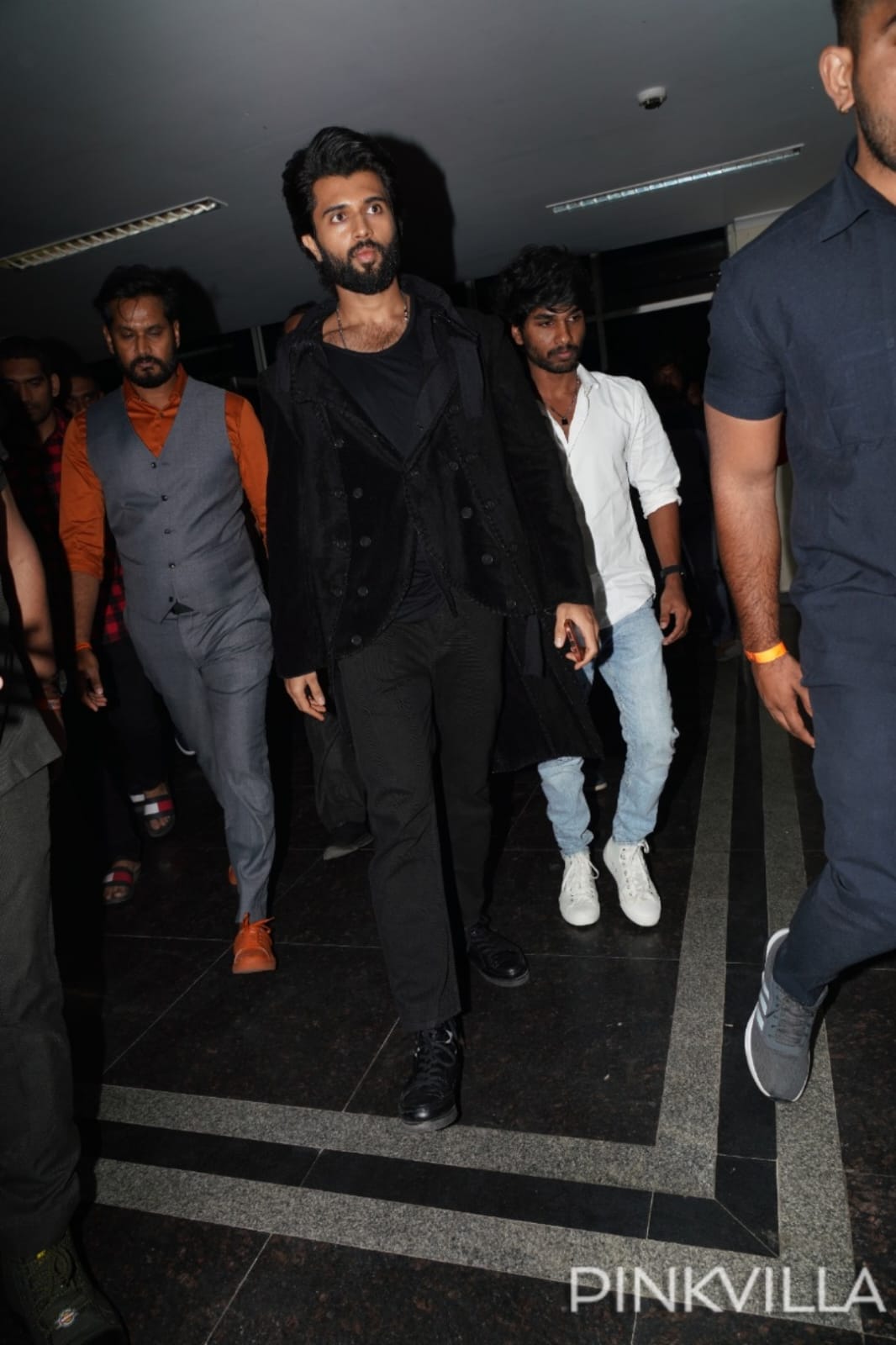 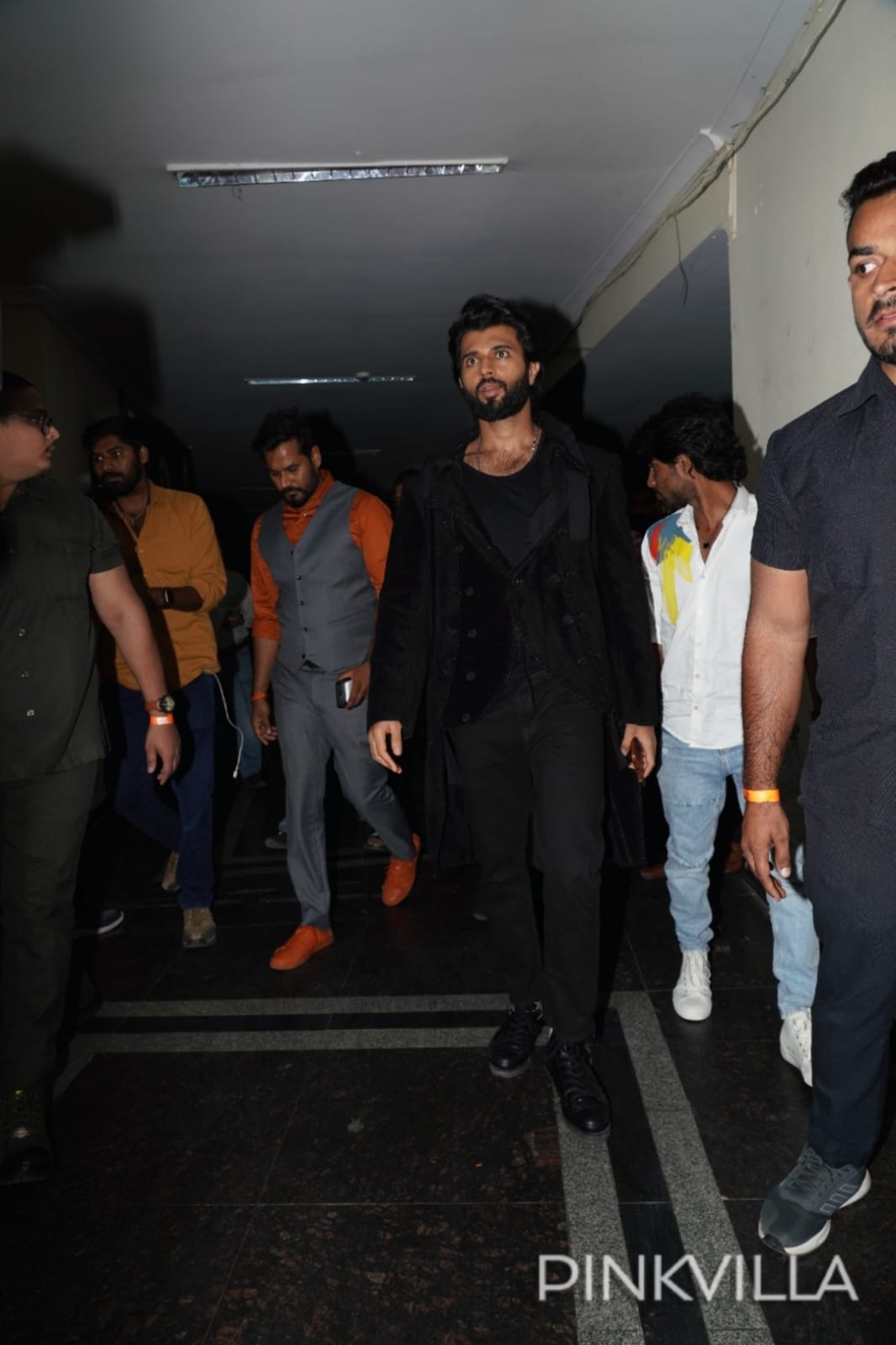 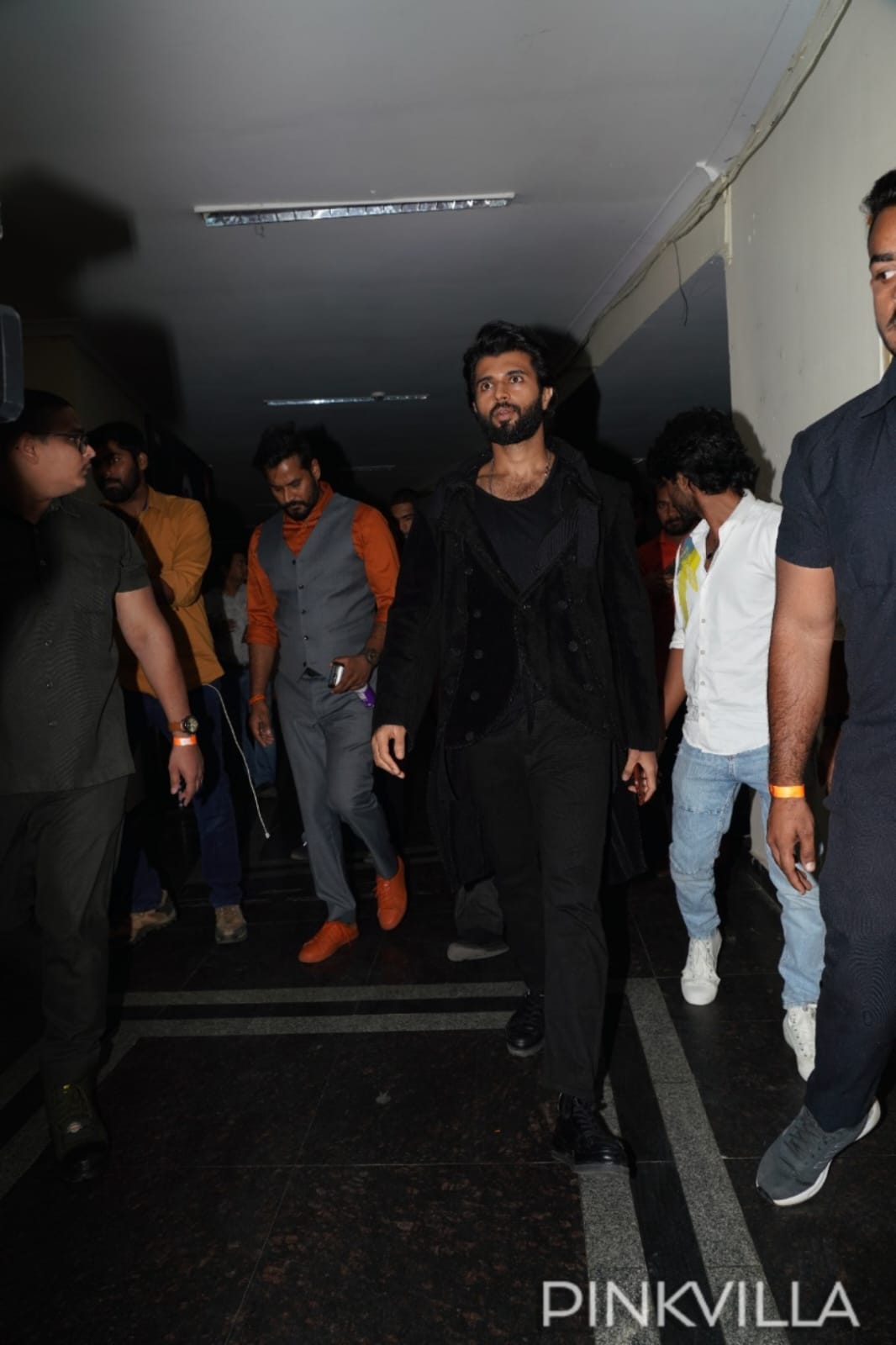 Vijay Deverakonda is a self-made star and movies like Arjun Reddy and Geetha Govindam earned him a massive fan following. He has managed to strike the right chord in the southern as well as the Hindi industry.

Talking about his upcoming films, Vijay Deverakonda has Kushi, co-starring Samantha Ruth Prabhu. Written and directed by Shiva Nirvana, and produced by Mythri Movie Makers, Kushi is scheduled to be released in 2023. The makers of the film wrapped the first schedule in Kashmir in May 2022. The shoot schedules have been pushed due to Samantha’s illness.

Vijay Deverakonda also has Jana Gana Mana by Liger director Puri Jagannadh. Besides this, Vijay Deverakonda recently announced his next film, tentatively called VD12. To be helmed by Gowtam Tinnanuri, the first look poster of the film featured a silhouette of a cop.

Sharing the first look, VD tweeted, "The Script. The Team. My next. My heart skipped a few beats when I heard this."

Producer S Naga Vamsi also tweeted, "We are not going to say that this is earth-shattering or MASSive or HUUUGE but this is something spectacular."

Vijay Deverakonda drops a new photo in a rugged av...