PICS: Tamannaah Bhatia's look in faux leather pants and shirt is perfect for a romantic stroll with bae

Tamannaah Bhatia and director Madhur Bhandarkar were captured by the shutterbugs in Mumbai Juhu today as they stepped out to promote Babli Bouncer. Tamannaah Bhatia will be seen playing the role of a female bouncer in Madhur Bhandarkar's film, Babli Bouncer. The film is set to release on September 23 and the team is promoting the project rigorously. Today, Tamannaah was clicked with the director of the film in Mumbai as the two promoted their movie. The F3 star kept her outfit of the day casual yet chic in a printed shirt, paired with black leather pants.

Her ensemble also included light makeup, statement earrings, and black heels. Meanwhile, the filmmaker opted for a comfy look in black tracksuit. These two have been attending several events recently as part of the movie's promotional spree. 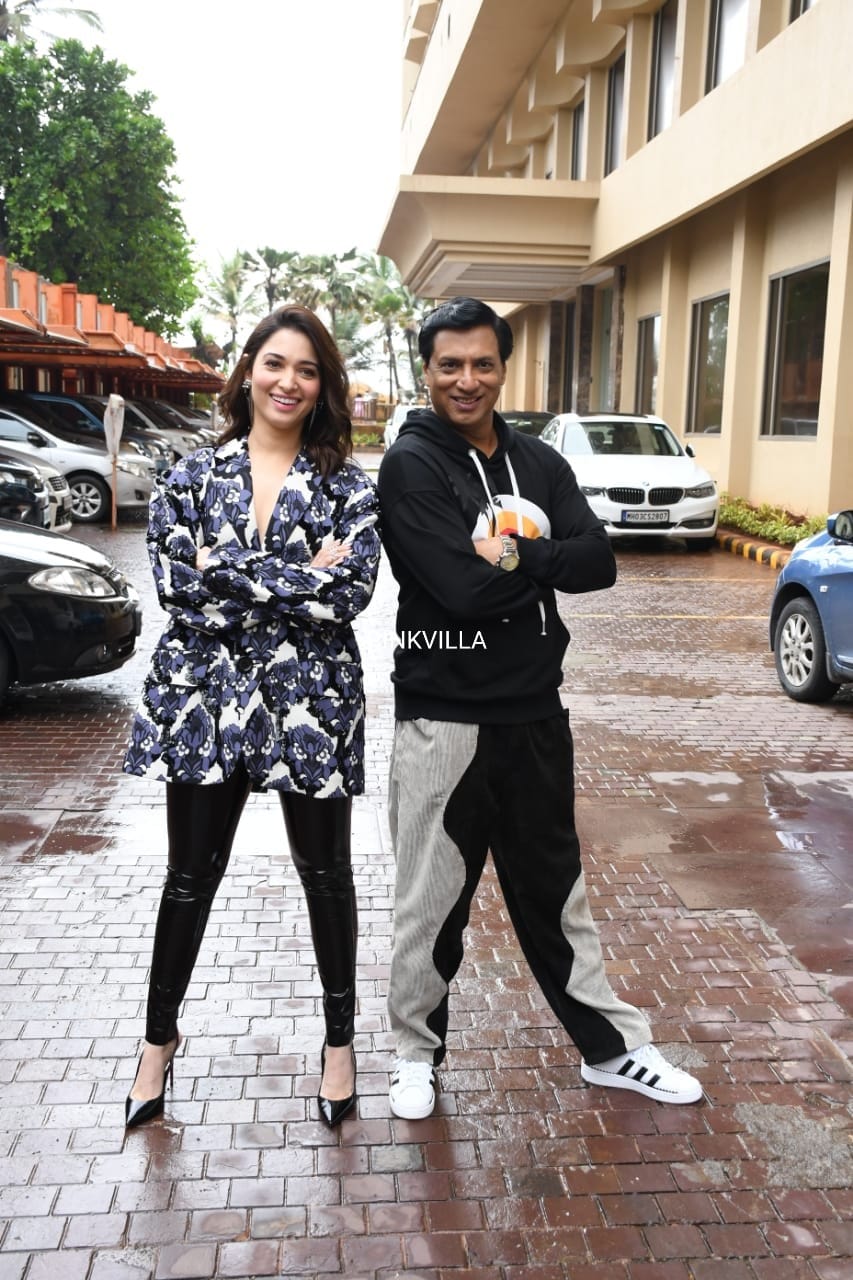 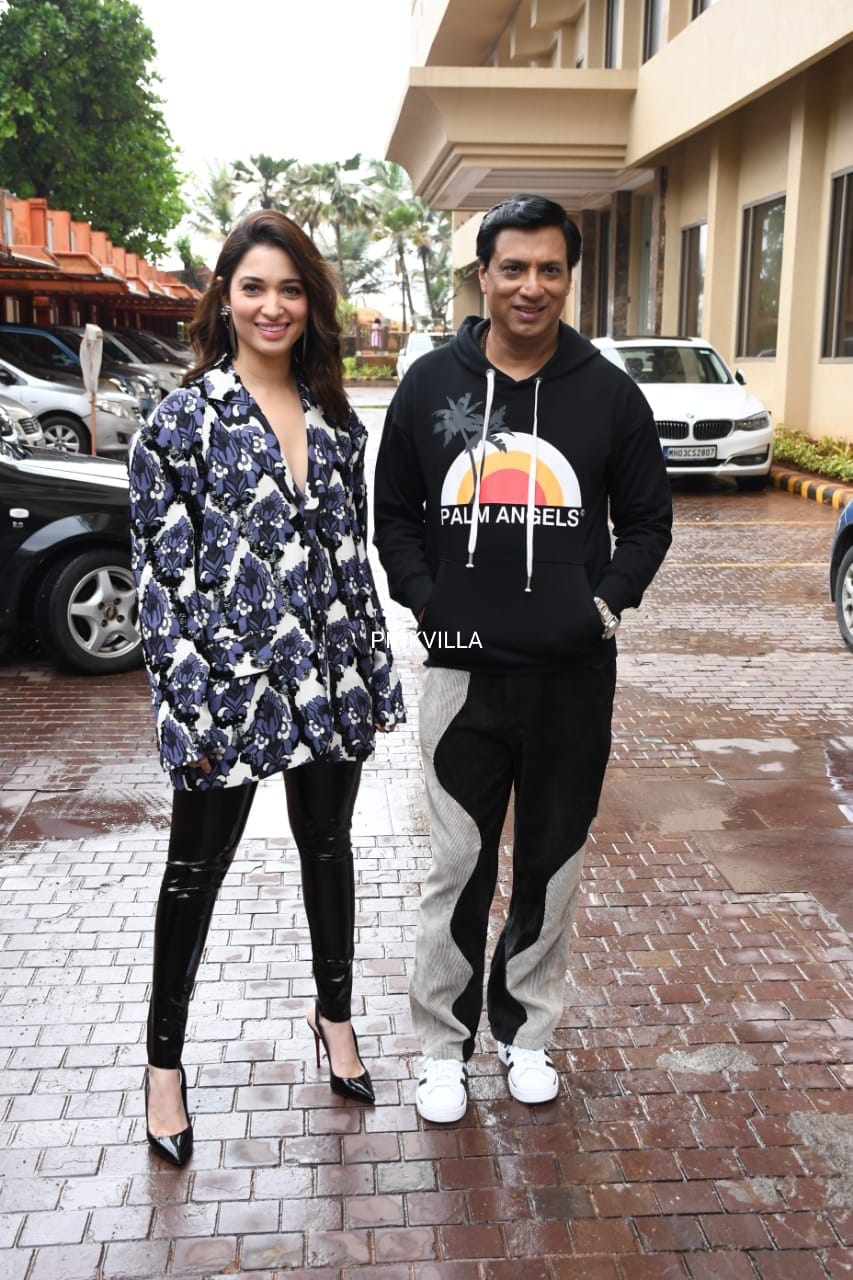 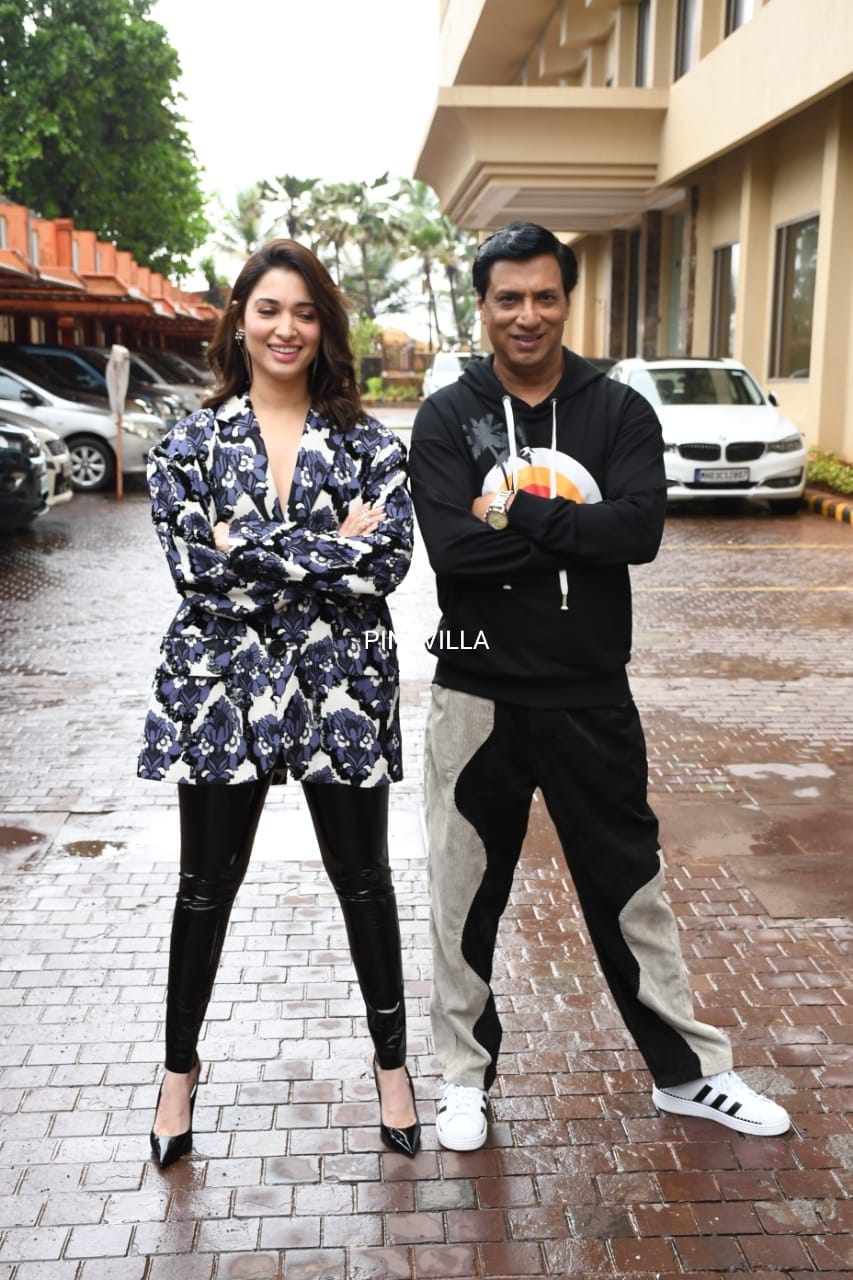 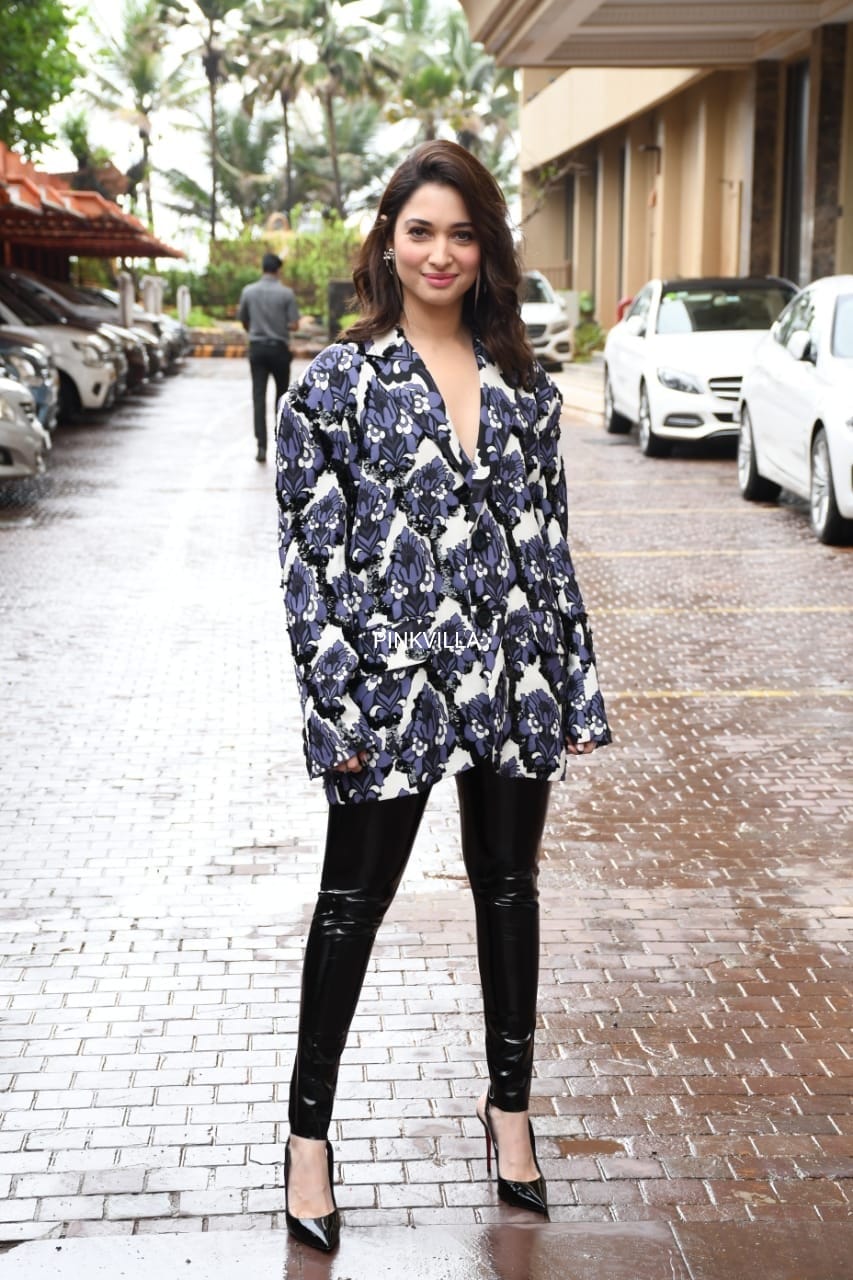 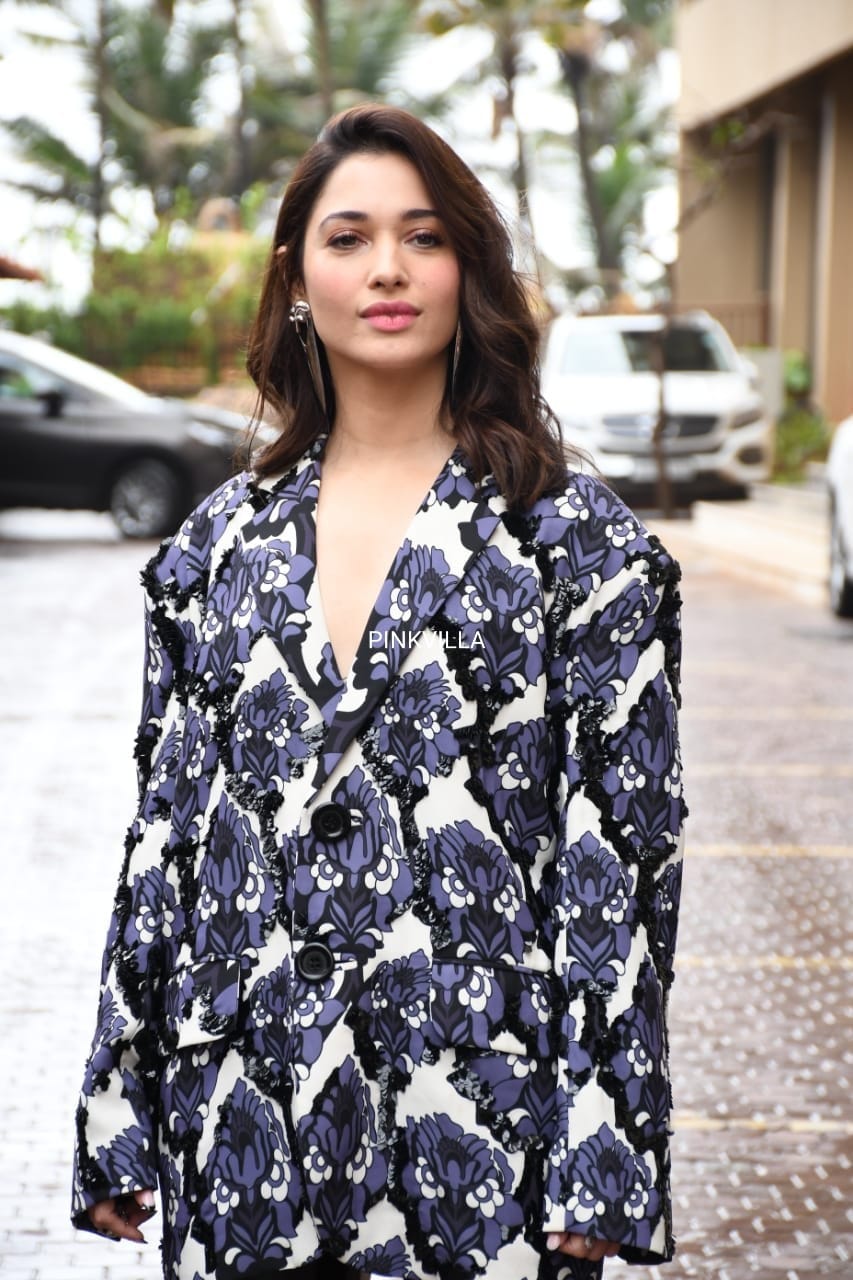 Billed to be a coming-of-age drama, Babli Bouncer has been set against the backdrop of the real ‘bouncer town’ of North India, Asola Fatehpur. The venture will follow the life of a female bouncer from the city (Tamannaah Bhatia) and will show the hardships she faces during her journey. The drama is geared up for an OTT release and will be available in Hindi, Tamil, and Telugu.

Now, talking about her South movies, Tamannaah Bhatia will also play the female lead in the romantic Telugu drama, Gurthunda Seethakalam opposite Satya Dev. Coincidentally, this film will also make it to the cinema halls on September 23. Made under the direction of Nagasekhar, the movie is an official Telugu remake of the Kannada film, Love Mocktail.

Over and above this, according to reports, Tamannaah Bhatia has also been signed for a special dance number with Megastar Chiranjeevi in the political thriller, Godfather. Although nothing has been announced officially, fans are keen to see these two tap a foot together. She has also teamed up with Malayalam star Dileep for an upcoming film, which will be directed by Arun Gopy.