Ponniyin Selvan I: Everything you want to know about Mani Ratnam's magnum opus

As the Ponniyin Selvan: I is finally seeing the limelight after years, take a look at all the details you need to know about the film. The biggest film of the South, Ponniyin Selvan: I, directed by the maverick filmmaker Mani Ratnam, is gearing up for release in a day, on September 30. The dream project of the director is being made in two parts. Ponniyin Selvan: I aka PS1 is an adaptation of Kalki Krishnamurthy's popular novel of the same and features a stellar cast from the film industry.

Mani Ratnam co-wrote Ponniyin Selvan: 1 with Elango Kumaravel and B Jeyamohan. PS1 is produced under the banners of Madras Talkies and Lyca Productions. As Ponniyin Selvan: I is finally seeing the light after years and movie buffs can't wait to witness the visual spectacle in the cinemas, let's take a look here at all the details you need to know about the film.

Filmmaker Mani Ratnam has finally fulfilled his long-life dream of adapting Kalki’s literary masterpiece Ponniyin Selvan into a film after two failed attempts. Although Ponniyin Selvan will be seeing the light now in 2022, it has been under discussion for 30 years. Mani Ratnam attempted to make Ponniyin Selvan twice--first in 1994 and then in 2011--but both times, the project didn’t take off as planned. Yes, the movie was actually planned by Mani Ratnam to be made with Kamal Haasan and Rajinikanth but things didn't work out.

The film's cast has also been garnering a lot of attention. This project will see Aishwarya Rai Bachchan, Vikram, Karthi, Trisha, and Jayam Ravi in lead roles. Apart from these, Sarathkumar, Prabhu, Lal, Kishore, Ashwin Kakumanu, and Aishwarya Lekshmi will also play other supporting roles in this period action drama. 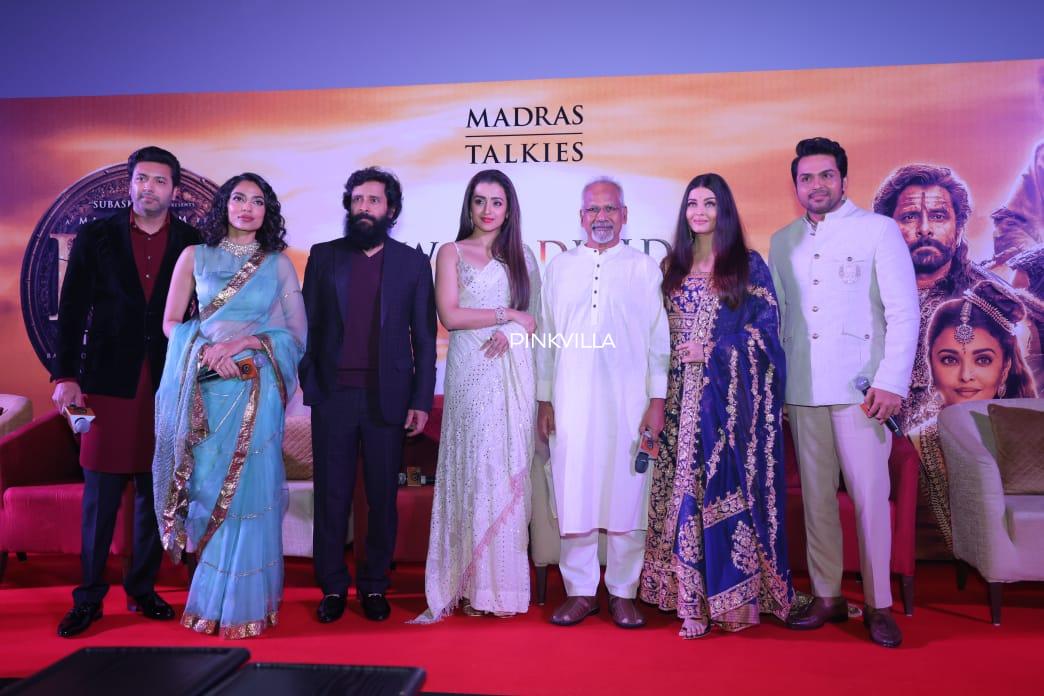 3. Ponniyin Selvan is based on a book

Ponniyin Selvan is a 5-part series written by Kalki Krishnamurthy. Set between 900 AD and 950 AD, it follows the story of a power struggle, deceit, and betrayal between multiple kingdoms. The novel was originally released in five parts but director Mani Ratnam chose to release his cinematic adaptation in two parts.

The novel writer R Krishnamurthy was a freedom fighter and was known by his pen name Kalki Krishnamurthy. He was born into a poor family in 1895 in Thanjavur village and reportedly quit school early to follow Mahatma Gandhi's principle of non-cooperation.

5. Kamal Haasan, Rajinikanth and Sridevi were set to play these roles in PS1?

Initially, the legend MGR and Kamal Haasan, Mani Ratnam also wanted to make Ponniyin Selvan and the cast was decided too. Yes, during the trailer launch of Ponniyin Selvan I, it was revealed that Rajinikanth was set to play Vanthiyathen, now played by Karthi, Kamal Haasan as Arunmozhi Varman, played by Jayam Ravi, Vijay Kanth as Aditya Karikalan, played by Vikram, Rekha as Nandini, being played by Aishwarya Rai Bachchan, Sridevi as Kundavai, played by Trisha Krishnan now in 2022's Ponniyin Selvan. 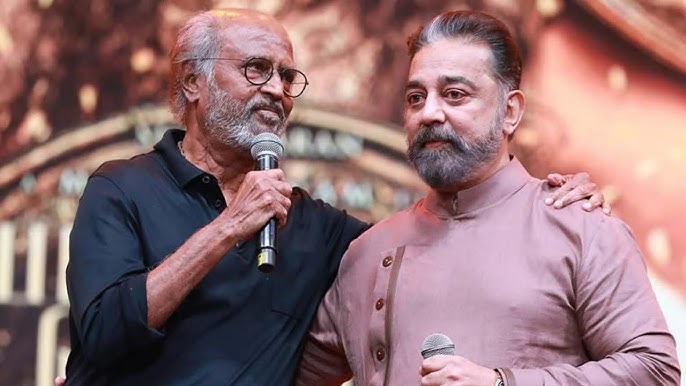 Ponniyin Selvan means 'Son of the river'. The name is also referred to as the youngest son of the empire, Arulmozhi Varman, played by Jayam Ravi in the film. Because he once fell into the Cauvery river, also called Ponni Nadhi, and was apparently "saved" by the River Goddess. So, he is known as Ponniyin Selvan, meaning "son of river Ponni". 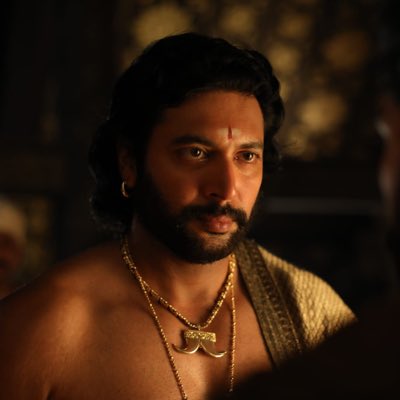 7. Main places where the story unfolds?

Emperor Sundara Chola is at Thanjai Fort while his daughter Kundavai is in the Pazhayarai palace. Pazhayarai was the capital of the Chola kingdom but it lost its importance slowly as Sundara Chola shifted to Thanjai.

8. Nandini and Kundavai face off

There is a lot of anticipation around the biggest highlight of the film, the face-off scene between Aishwarya Rai Bachchan aka Nandini , and Trisha Krishnan aka Kundavai. Kundavai hates Nandini because she’s jealous of the latter’s beauty and the dislike is mutual. 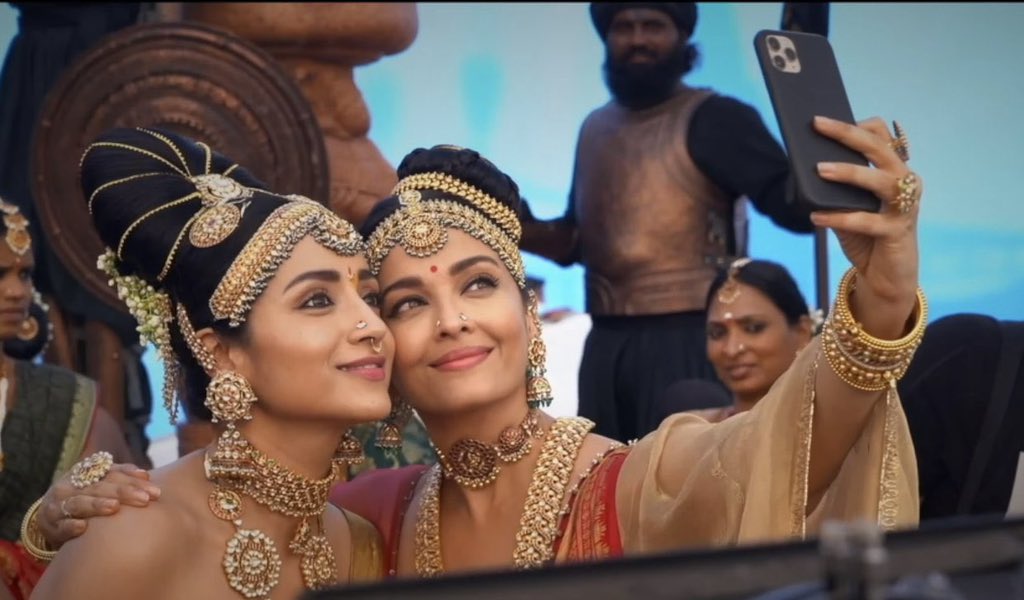 9. Chola Dynasty and the famous kings

The Chola Dynasty was a Tamil thalassocratic empire of Southern India and one of the longest-ruling dynasties in world history. There are a total of 21 known kings. Rajaraja Chola I and Rajendra Chola I were the greatest rulers of the Chola dynasty, extending it beyond the traditional limits of a Tamil kingdom.

Though Ponniyin Selvan has been in the making for about three years now, both parts of the films were shot in just a matter of 150 days in Chennai, Hyderabad, and Puducherry. The pandemic is cited as one of the reasons for the delay of the movie.

Ponniyin Selvan: I is set to hit cinemas worldwide on September 30 and will release in Tamil, Telugu, Hindi, Malayalam, and Kannada. It will be the first Tamil movie to release on IMAX. 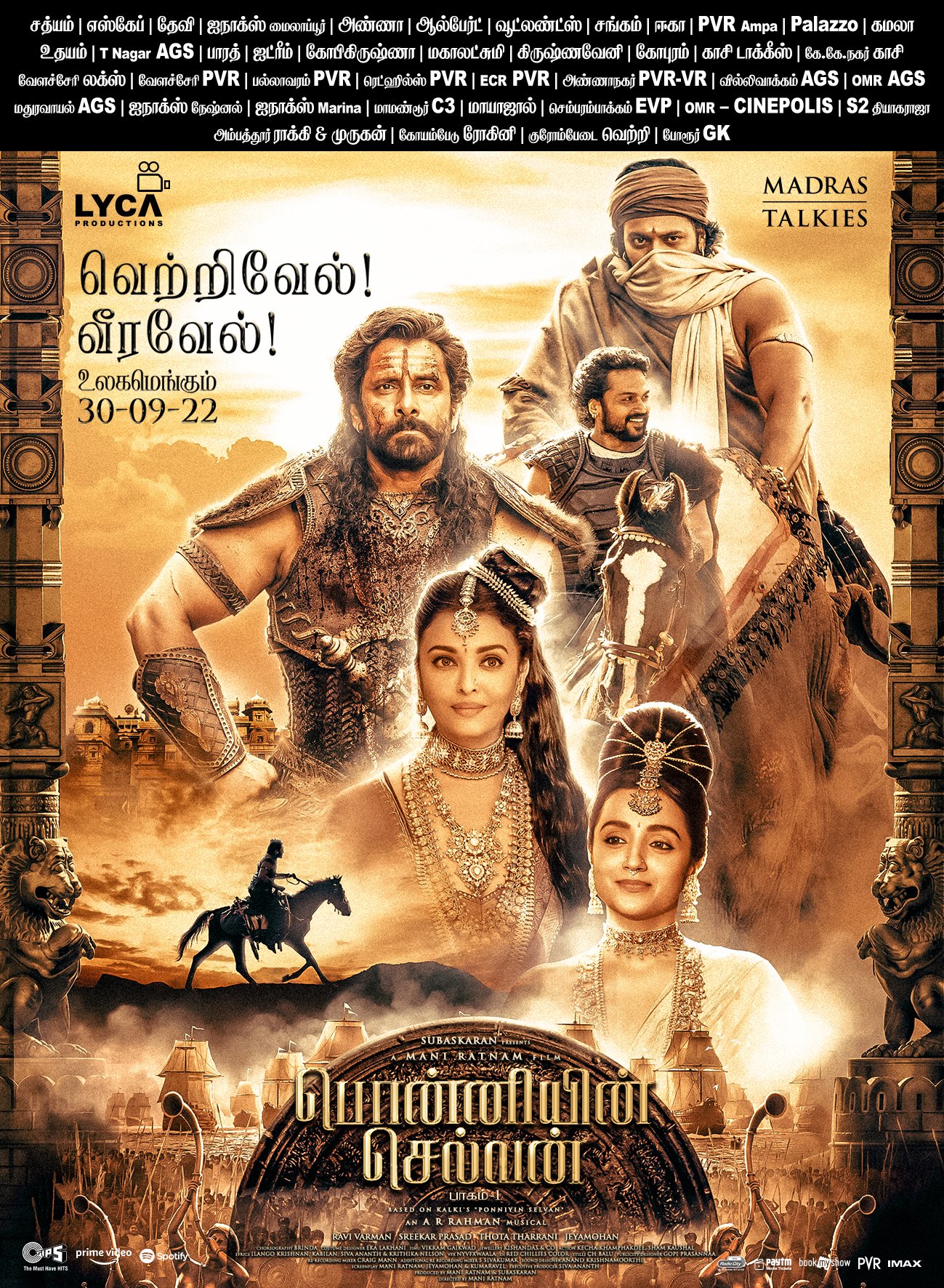 As per trade sources, the Tamil version of the film had sold tickets for an opening day worth Rs 10 crore gross alone. Whereas, the Telugu, Hindi, and Malayalam versions contributed to advance booking sales of over Rs 1 crore, giving the film a total advance booking sale for the first day at over Rs 11 crores.

Moviegoers can book Ponniyin Selvan I's movie tickets on BookMyShow at any theatre/cinema hall near them.

15. What is the run time Ponniyin Selvan: I?

The run time of Ponniyin Selvan: I I is 2 hours and 50 minutes

16. Digital rights of Ponniyin Selvan: I