The celebs lit up the trailer launch event of Mani Ratnam's film with their stunning looks. Here's a look at what Aishwarya, Trisha and other wore at the event. Biggest stars of Indian cinema like Kamal Haasan, Rajinikanth, Aishwarya Rai Bachchan, Chiyaan Vikram, AR Rahman and others came together for the grand trailer and audio launch of Mani Ratnam's Ponniyin Selvan: I (PS1).  Vikram Prabhu, Trisha, Jayaram and Sobhita Dhulipala were also present at the event held on September 6 in Chennai. The celebs lit up the trailer launch event of Mani Ratnam's film with their stunning looks. They left no stone unturned to put their best fashion foot forward.

Here's a look at what Aishwarya, Trisha and others wore at the event: 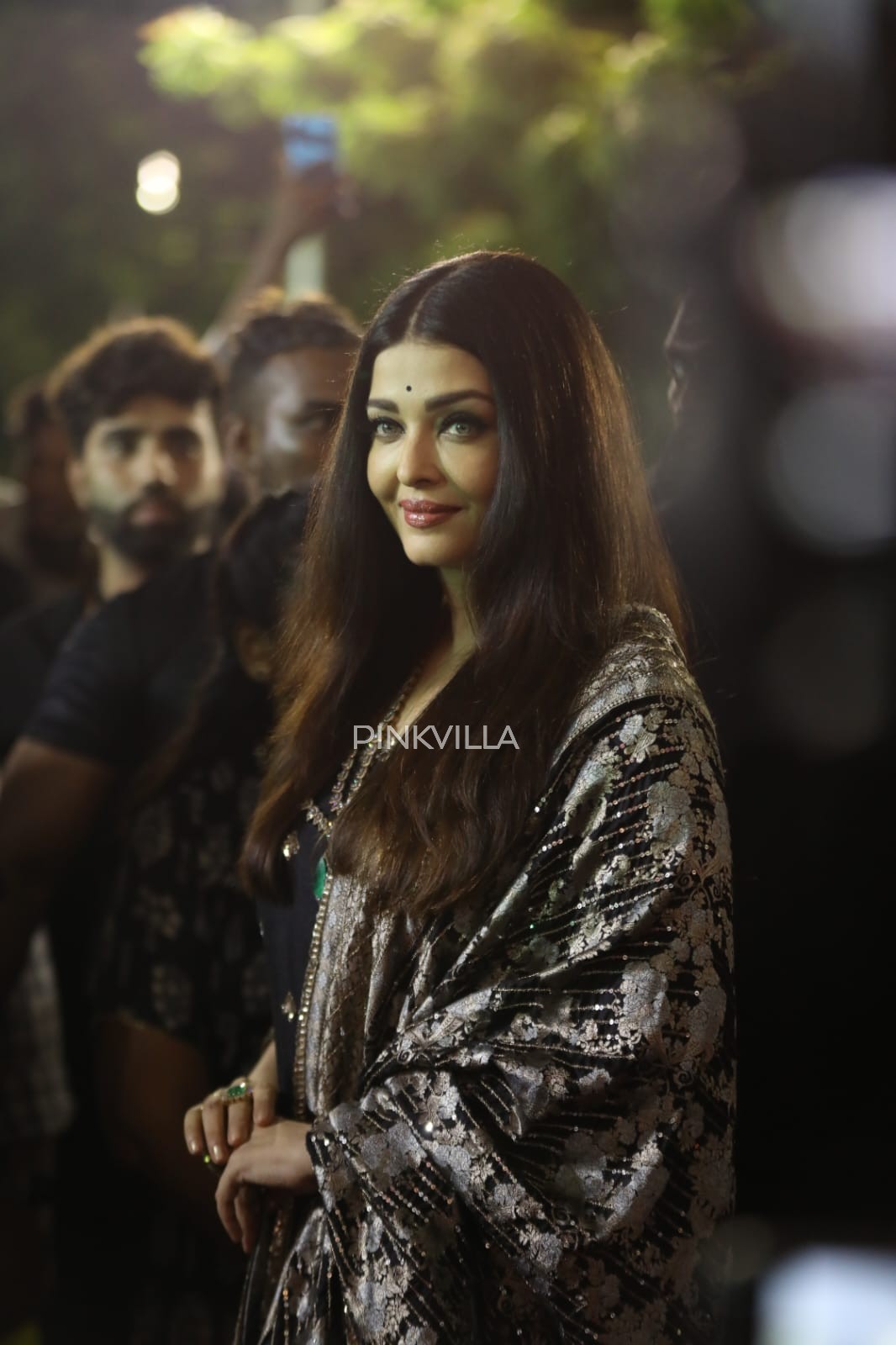 Aishwarya, who will be seen as Nandini, a Pazhuvoor queen in PS1, opted for a black traditional suit teamed with a brocade dupatta. She capped her look with an elegant neckpiece, a bindi and a glossy lip colour. Aishwarya Rai Bachchan personifies beauty and grace in this look! 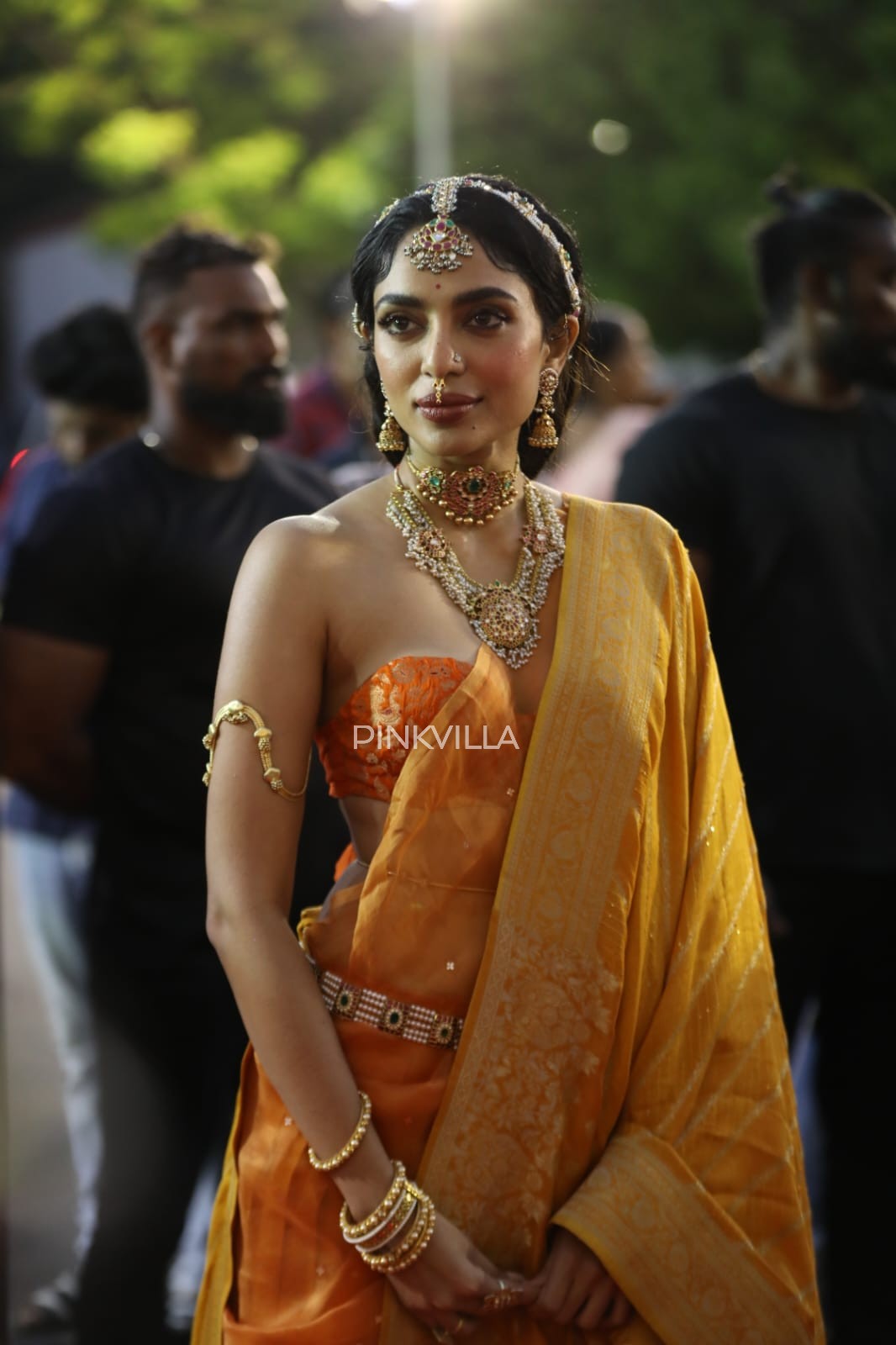 Sobhita dressed as Vaanathi, the character she plays in Mani Ratnam's Ponniyin Selvan. One can see in the photo, Sobhita wore a bustier blouse with a yellow brocade border saree. She accessorised her look with vintage jewellery, a nose ring and a pair of jhumka earrings. She totally lived the character yesterday at the trailer and audio launch of the film- a shy Kodumbalur princess and Arulmozhi's love interest. Loved it!

Trisha turned heads with her regal look in a heavily embellished pink saree that she teamed with a pink round neck and full sleeves blouse. Maang tika and a pair of jhumka earrings complimented her traditional look. For hair, she opted for a ponytail and capped her look with on-point makeup. Trisha will be seen as Kundavai Pirattiyar in PS1, also known as Ilaiya Piratti, the Chola princess and daughter of Emperor Sundara Chola and Vallavaraiyan's Love interest. 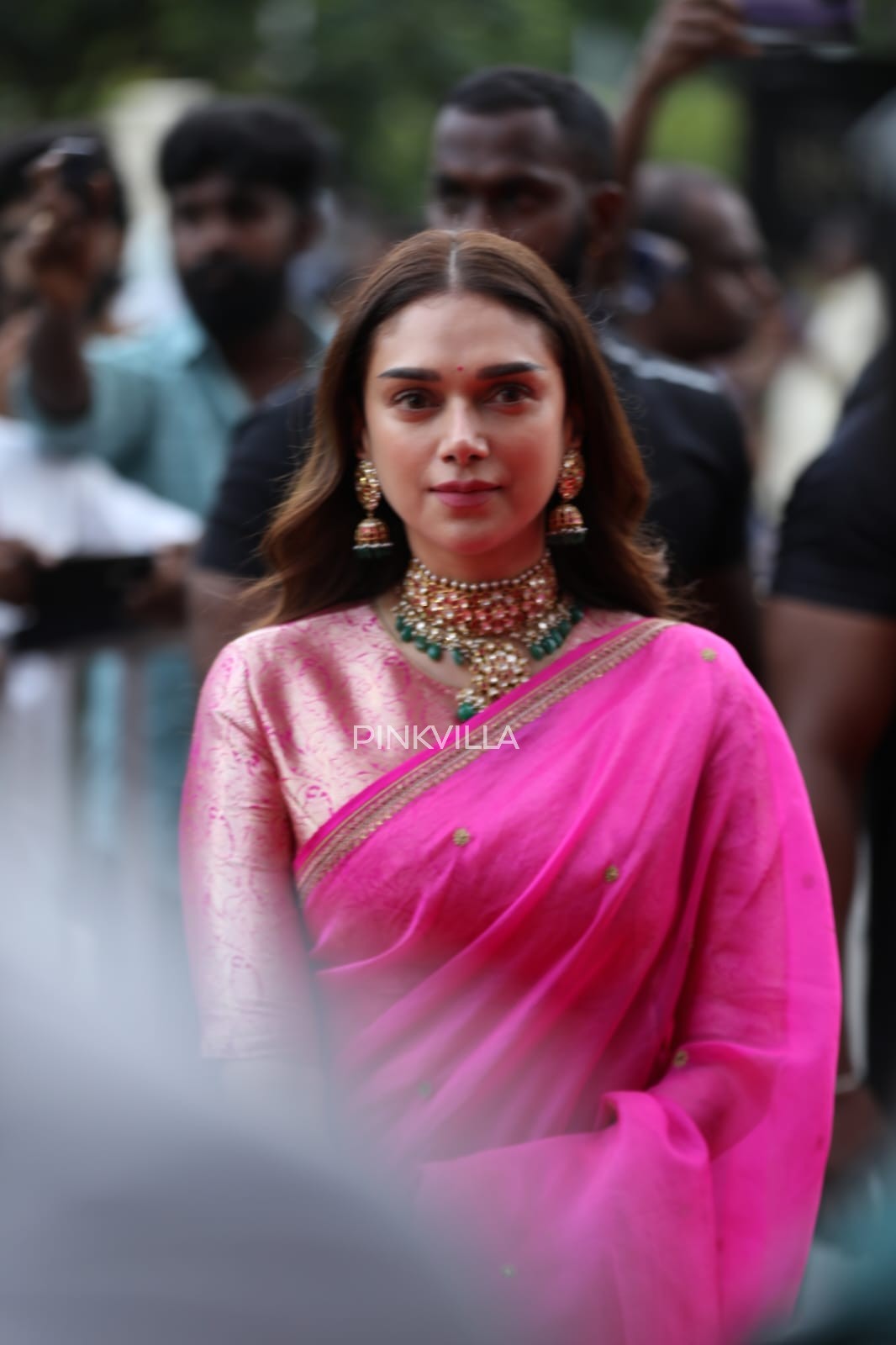 Aditi Rao Hydari exuded royal vibes every time she steps out. At the trailer launch event of Ponniyin Selvan, Aditi Rao Hydari, who appeared as a special guest, wore a stunning pink saree teamed with a brocade blouse. The choker neckpiece is the highlight of her look. In one word, Aditi's look is sheer elegance! 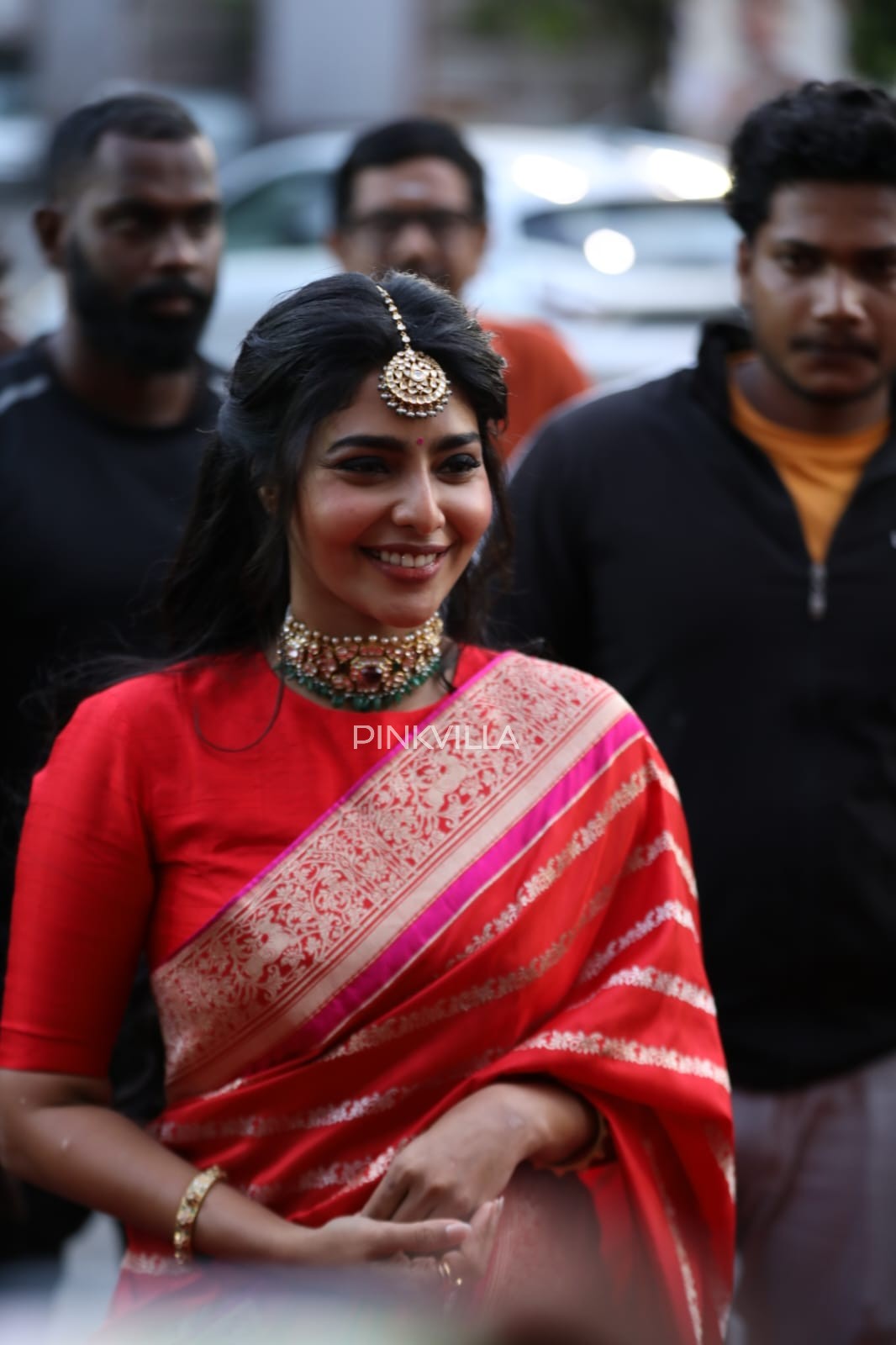 Aishwarya Lekshmi's first look as Samudrakumari Poonguzhali from the film left everyone amazed. At the trailer launch event, she opted for an elegant look and we can't stop talking about it.

Anonymous
Sep 09, 2022
All the actresses here look nice, except for Aishwarya. She has lost her charm post marriage as she's gained excessive weight and does not look good at all!
0 REPLY