From Mani Ratnam’s Ponniyin Selvan I to Gautham Menon’s Vendhu Thanindhathu Kaadu, here are the 11 BEST Tamil films to binge-watch on Amazon Prime Video. Have a look… Amazon Prime Video is one of the biggest and most popular OTT platforms in the world. When it comes to India, the OTT giant has already made a place for itself in the entertainment industry with some excellent original content, as well as with the post-theatrical streaming of some highly popular films from all major languages. When it comes to the Tamil cinema, Amazon Prime Video has an excellent collection of films, that include both recent blockbusters and classics.

Here we present the 11 Best Tamil movies on Amazon Prime Video you can binge-watch. Have a look…

The historical drama, which is a dream project of veteran filmmaker Mani Ratnam, is one of the biggest hits in the Indian film industry in recent times. The first installment of the Ponniyin Selvan franchise hit the theatres on September 30, this year. The magnum opus, which is based on Kalki Krishnamurthy’s historical novel of the same name, features a stellar star cast including Chiyaan Vikram, Aishwarya Rai Bachchan, Karthi, Jayam Ravi, and Trisha Krishnan. The Mani Ratnam directorial is currently streaming on Amazon Prime Video.

The gangster drama, which marked the reunion of the popular actor-director duo Silambarasan and Gautham Menon earned excellent reviews from the audiences. The celebrated filmmaker, who is best known for his cop films and urban love stories, moved away from his comfort zone for Vendhu Thanindhathu Kaadu, which also emerged as a major commercial success. AR Rahman’s magical music score and excellent visuals made Vendhu Thanindhathu Kaadu a complete visual treat. The acclaimed film is currently streaming on Amazon Prime Video.

The psychological-horror thriller, which featured National award-winner Dhanush in a double role, is one of the most unique films released in Tamil cinema in recent times. Naane Varuven is helmed by Selvaraghavan, the renowned filmmaker and Dhanush’s elder brother. Even though the movie emerged as a commercial failure, it has been receiving good reviews from audiences after its OTT release. The Dhanush starrer is currently streaming on Amazon Prime Video.

Karthi, the versatile actor once again proved his expertise in handling village-based characters with Viruman, the recent superhit. The family entertainer, which is directed by M Muthaiah, revolved around the strained relationship between an imperfect father and his youngest son. Karthi essayed the titular character Viruman in the movie, while senior actor Prakash Raj appeared as his father. Senior filmmaker Shankar’s daughter Aditi Shankar made her acting debut with the movie, which is currently available for streaming on Amazon Prime Video.

This Chiyaan Vikram starrer is truly a special film in every sense. The project marked the National award-winning actor’s first collaboration with both his son, actor Dhruv Vikram, and the acclaimed filmmaker Karthik Subbaraj. Mahaan depicts the life of Gandhi Mahaan, a Gandhiyan who later ends up as a criminal owing to his troubled relationships with his wife Naachi and their son Dada. Mahaan earned excellent reviews for his unique theme, making, and most importantly, the excellent performances by Vikram and Dhruv Vikram. The movie is currently streaming on Amazon Prime Video.

Keerthy Suresh, the National award-winning actress stunned the audiences with her brilliant transformation for Saani Kaayidham, directed by Arun Matheswaran. This revenge thriller marked the acting debut of renowned filmmaker Selvaraghavan. Saani Kaayidham revolves around the revenge of Ponni, a wounded woman, and her half-brother Sangayya, against the system. Keerthy essayed the central character Ponni, while Selvaraghavan played Sangayya. The movie, which garnered attention with its stellar performances and gory violence, is available on Amazon Prime Video.

Pa Ranjith’s period sports drama, which had a direct OTT release on Amazon Prime Video, is one of the best Tamil films of recent times. The movie, which is set in the 1970s in North Madras, depicted the story of the rivalry between two boxer clans named Sarpatta Parambarai and Idiyappa Parambarai. The Pa Ranjith directorial, which features Arya, Pasupathy, Shabeer Kallarackal, John Kokken, and others in key roles is a film that should not be missed.

This legal drama directed by TJ Gnanavel is one of the boldest, yet most-loved Tamil films in the last few years. Suriya played the lead role in the film along with Lijomol Jose and Manikandan and earned immense appreciation for shedding his star image for a film like this. Jai Bhim, which had a direct OTT release on Amazon Prime Video, revolves around a real-life incident that involved Tamil Nadu’s Irular tribe.

Dhanush and Mari Selvaraj joined hands for the first time in their careers for Karnan, the social drama which emerged as a massive critical and commercial success. The movie, which is set in the backdrop of rural Tamil Nadu, threw light on the deep-rooted caste system in society. Dhanush played the titular character Karnan in the film, which features Lal, Rajisha Vijayan, Natarajan Subramaniam, and Yogi Babu in the key roles. Karnan is currently streaming on Amazon Prime Video.

This action thriller, which marked the first onscreen collaboration of Thalapathy Vijay and hitmaker Lokesh Kanagaraj, is truly a treat for any mass cinema lover. Master, which still remains one of the biggest box office successes of Tamil cinema, is not just another masala film. This Lokesh Kanagaraj directorial has a carefully-written screenplay that provided equal space for Thalapathy Vijay’s superstardom and acting chops. However, it is the antagonist Vijay Sethupathi, who stole the show with his menacing presence. You can watch Master on Amazon Prime Video.

This Suriya starrer, which is helmed by Sudha Kongara truly changed the OTT game for Tamil cinema. Soorarai Pottru had a direct OTT release on Amazon Prime Video amidst the first wave of Covid-19 and emerged as a blockbuster. The extremely well-made film earned rave reviews for its stellar performances and soulful music. Soorarai Pottru also earned multiple honours at the National Film Awards, including the awards for Best Film, Best Actor, and Best Actress.

The first-ever original Amazon series from Tamil, Suzhal: The Vortex, is best known for its exceptional writing, making, and brilliant performances. This crime drama which is deeply rooted in Tamil culture is a masterpiece.

A true classic in every sense. This Mani Ratnam film, which features Kamal Haasan in the lead role, is inspired by the Hollywood classic Godfather and based on the life of don Varadaraja Mudaliyar. Nayakan is a film that everyone should watch at least once in their lifetime. 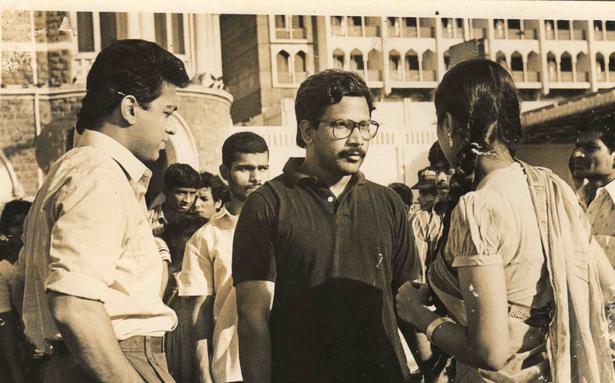 This Mani Ratnam project, which is loosely based on the lives of former Tamil Nadu Chief Ministers MG Ramachandran, M Karunanidhi, and J Jayalalithaa, earned immense love from film fanatics over years. Mohanlal, Prakash Raj, and Aishwarya Rai Bachchan played the protagonists in the film, which is one of the best works of the veteran filmmaker.

This Rajinikanth starrer directed by Shankar, which is a sequel to their blockbuster Enthiran, truly pushed all the cinematic boundaries of Tamil cinema. Akshay Kumar made his Tamil debut with 2.O which still remains the all-time highest-grossing film in the industry.

Dhanush won his second National film award for Best Actor for his performance in this Vetrimaaran-directed Masterpiece. Asuran, which is based on communal violence and the caste system, is a must-watch.

Director Selvaraghavan and his brother Dhanush teamed up for this gem of film in the early stages of their career. Pudhupettai earned Cult status over the years, and a sequel is currently on its way.

Mammootty, the veteran actor and child artist Sadhana stunned the audiences with their stellar performances in Peranbu, which is helmed by Ram. This is truly bold and well-made film that handles a sensitive topic maturely.

This film marked the directorial debut of hitmaker Lokesh Kanagaraj, who is best known for its multi-linear narrative. Maanagaram is one of the finest thrillers of recent times, from Tamil cinema.

You will love this Ajith Kumar-Nayanthara starrer, helmed by Siva if you enjoy clean, well-made family entertainers.

Thalapathy Vijay and Atlee’s film, which is a true-blue entertainer, is one of the biggest hits in the actor’s career. Vijay’s performance as Rayappan in the film is something that cannot be missed.

Dulquer Salmaan and Nithya Menen stole many hearts with their impeccable chemistry and charm in this breezy love story helmed by Mani Ratnam. O Kadhal Kanmani is truly a treat for any rom-com lover.

This Karthi starrer, which is directed by H Vinoth, has been considered one of the finest police stories ever made in Tamil cinema.

One of the most-loved films of legend Kamal Haasan created quite a stir at both the box office and society post its release. Virumaandi is highly recommended for everyone who loves cinema.

This first installment of Mani Ratnam’s ‘terrorism trilogy’ is a classic in all senses. AR Rahman made his cinematic debut with Roja, which had Madhoo in the titular role and Arvind Swamy as the male lead.

This 80’s comedy which features Kamal Haasan in four roles (Yes, you read it right) is strongly recommended for all comedy lovers. This film truly falls into the category of guilty pleasures.

This Sundar C directorial, which narrates the heartwarming tale of two strangers who develop a deep bond over a journey, featured Kamal Haasan and Madhavan in the lead roles.

The veteran actor stunned the viewers with his transformation as a middle-aged Brahmin lady in the hilarious film, which is helmed by KS Ravikumar. 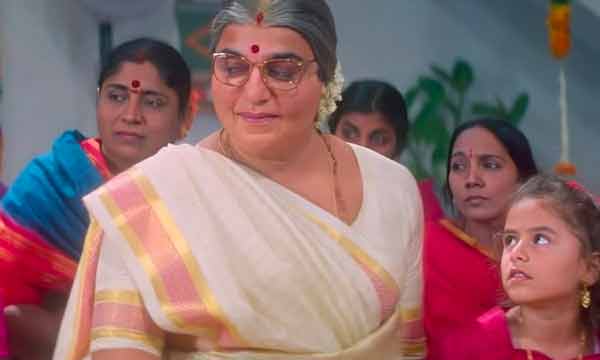 This Mani Ratnam, which is considered an iconic love story, is one of the most progressive films of the 1980s. The stellar performances by Revathy, Mohan, and Karthik, along with Ilaiyaraaja’s music, made Mouna Ragam an all-time favourite of many cinema lovers.

If you are not aware of superstar Rajinikanth’s impeccable comic timing, try watching Thillu Mullu which is the official remake of the Bollywood classic Golmaal.

This war drama, which narrates a 9-year-old girl’s journey to find her biological mother in the backdrop of the Sri Lankan war, is a film that is strongly recommended for everyone.

This highly controversial film, which is the brainchild of legend Kamal Haasan, is a film that needs no introduction. From a purely cinematic perspective, it is a masterpiece.

This Mysskin directorial, which is inspired by the Sherlock Holmes stories, is unarguably one of the best films in its leading man Vishal’s career.

This Karthi starrer, which narrates the hilarious tale of a large Tamil family and its only son, is a film that is recommended for a perfect Sunday watch.

Here are some FAQs about Tamil films

The No.1 Tamil movie:

Ponniyin Selvan I is now considered the No.1 Tamil movie.

Ponniyin Selvan I, which is helmed by Mani Ratnam has also secured the place of the current Best Tamil movie on Amazon Prime.

The most viewed Tamil movie:

The biggest blockbuster movie in Tamil

2.O, the Rajinikanth starrer helmed by S Shankar, is the biggest blockbuster of Tamil cinema.

The most viewed teaser in Tamil

The official teaser of Thalapathy Vijay and Lokesh Kanagaraj's Master is the most-viewed teaser of Tamil cinema.

Silambarasan gets mobbed as he attends 50th day ce...