Prestigious career to a lavish lifestyle and whopping net worth: Dive into Trisha Krishnan's personal life

Trisha Krishnan professional and personal life is a roller coaster ride. Let's dive deep into her life and know all the details as she basking in the success of Ponniyin Selvan I, From Prestigious career to lavish lifestyle and whopping net worth and more; A deep dive into Trisha Krishnan's personal life

Trisha Krishnan is one of the most popular and bankable actresses in the South film industry. For two decades, the actress has been ruling the industry and maintained the top league. She is popularly referred to as the queen of South Indian cinema and enjoys a massive fan base. Trisha is a good example of beauty with brains, she has an aura to mesmerise audiences with her beauty as well as her sheer acting talent.

Be it Tamil or Telugu, Trisha Krishnan has proved her mettle time and again with her acting skills, blockbuster performances, and prestigious awards. She is popularly known for films like Nuvvostanante Nenoddantana, '96, Vinnaithaandi Varuvaayaa, Nuvvostanante Nenoddantana, Ghili, Athadu, Aaytha Ezhuthu, and more. In the year 2022, she also acted in Mani Ratnam's mega-budget film period film, Ponniyin Selvan: I. Apart from her acting skills, Trisha is also admired a lot for her kind nature and the way she treats people around her.

Well, Trisha's professional and personal life is a roller coaster ride. Let's dive deep into her life and know all the details. Read below:

Trisha Krishnan began her career as a model and won the Miss Salem title in 1999, the Miss Chennai title in 1999, and the Miss India Miss Beautiful Smile title in 2001. She also starred in Falguni Pathak's music album Meri Chunar Ud Ud Jaye. The actress made her debut opposite Surya with Mounam Pesiyadhe in 2002 and won critical acclaim. After that, there has been no looking back for the actress, she worked with top actors in the industry. 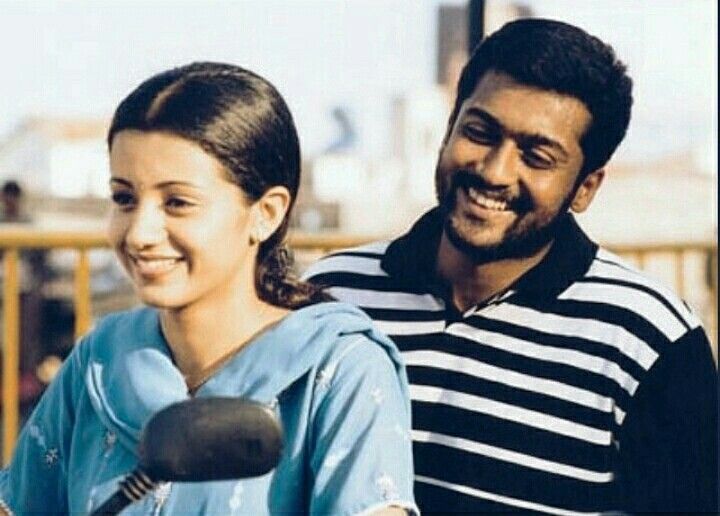 Trisha is one of the most awarded actors in South Indian Cinema and is the recipient of five Filmfare Awards South, one Tamilnadu State award, and one Nandhi award. 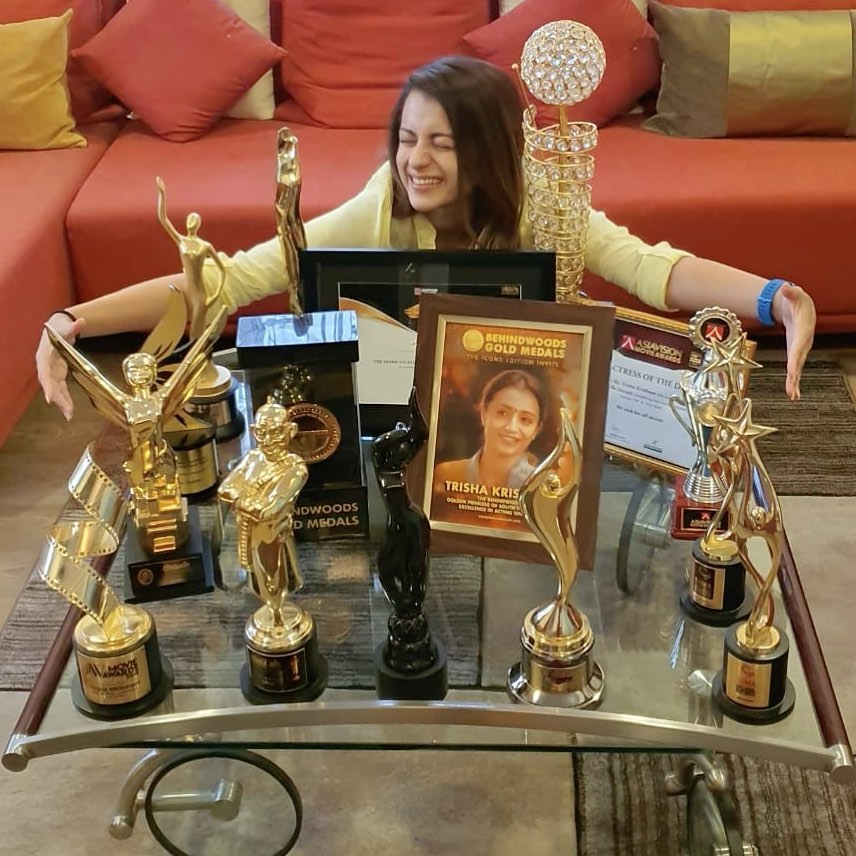 In December 2015, Trisha left everyone surprised when she made an announcement about her engagement to businessman Varun Manian, a real estate businessman, who was also into film production. The engagement ceremony was attended by close friends and family members. However, three months after their engagement, the couple parted ways. Soon after, Trisha walked out of a film that was being produced by Varun.

However, Trisha Krishnan never addressed the reason behind her decision to call off her engagement with Varun Manian. Well, the past is past. The actress glorifies the peak of her career with Ponniyin Selvan's success.

According to a leading media portal, the estimated net worth of the actor is around USD10 million. Which is around Rs. 80-90 crore. The actress owns a lavish home, expensive cars, and high-end clothing and accessories and enjoys foreign holidays every year.

Lavish home in Chennai and Hyderabad

Trisha Krishnan owns a multi-crore home on the Cenotaph Road in Teynampet, Chennai. The South Indian beauty lives with her mother and grandmother in her luxurious home equipped with all the necessary amenities and high-end technology. She also owns reportedly owns a lavish home in Hyderabad that costs around Rs. 6 crores.

According to multiple reports, Ponniyin Selvan: I actress, Trisha Krishnan is the proud owner of three luxurious cars. She owns an expensive Mercedes-Benz S-Class, which is worth a whopping sum of Rs. 80 Lakh. Moving on to the second one, Trisha also owns the famous BMW 5 Series, which cost her around Rs. 75 Lakh. The third one is Trisha's most expensive car as she had bought it home after paying a gigantic sum of Rs. 5 Crore and it is the world-famous BMW Regal. 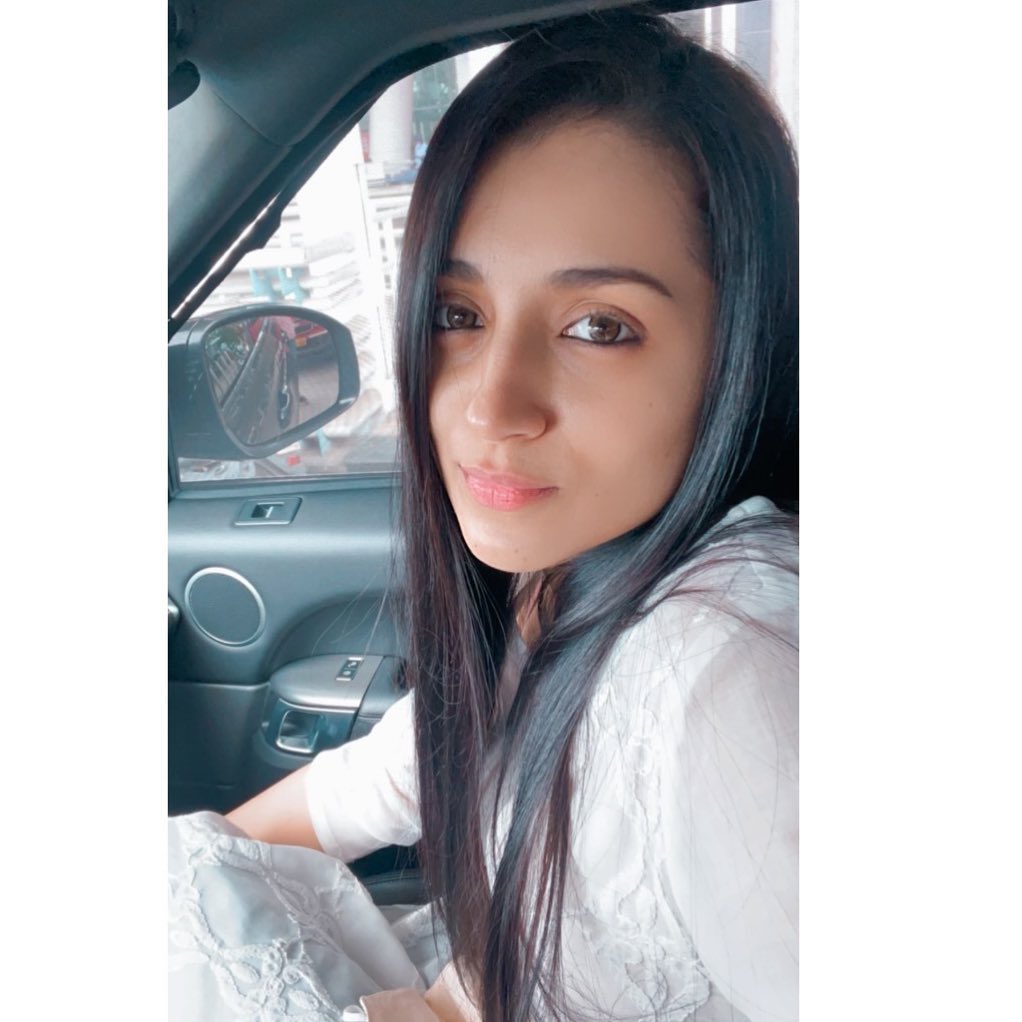 Meanwhile, On the professional front, Trisha is currently basking in the success of her recently released epic historical drama Ponniyin Selvan: 1. Directed by Mani Ratnam, the film is based on Kalki Krishnamurthy’s 1955 novel of the same name. She will next share the screen space with Mohanlal in Jeetu Joseph’s action thriller Ram. Apart from this, Trisha has Sathuranga Vettai 2, The Road, and the second part of Ponniyin Selvan in the pipeline.

Trisha Krishnan is a true star on and off the screen. Ruling high and how beautifully!

Also Read: Hansika Motwani wedding: Her mystery groom, Haldi, Mehendi and other details about the D-day

Anonymous
Nov 01, 2022
She owns a Merc S class and a Range Rover not BMWs. Also she doesn’t own a home in Hyderabad.
0 REPLY

Anonymous
Oct 31, 2022
her parents separated as her daddy did not support her film career . her ma could\'nt care less.
0 REPLY

AK 62: THIS popular actress to reunite with Ajith ...