Ram Charan kept his outfit casual yet stylish as he got papped in Mumbai in joyous mood after the historic RRR nominations at Oscars 2023. Ram Charan, who flew to Mumbai on Monday, was clicked today in Bandra. The actor looked in a joyous mood as he flaunted a huge smile to paps waiting to click him. Although he didn't pose for the cameras, the RRR star waved at the paps as he got into the car. This is the first public appearance of Ram Charan after the historic RRR nominations at Oscars 2023.

Ram Charan kept his outfit casual yet stylish in jeans paired up with a white tee and checkered yellow shirt. According to reports, the actor is in the city for some work. 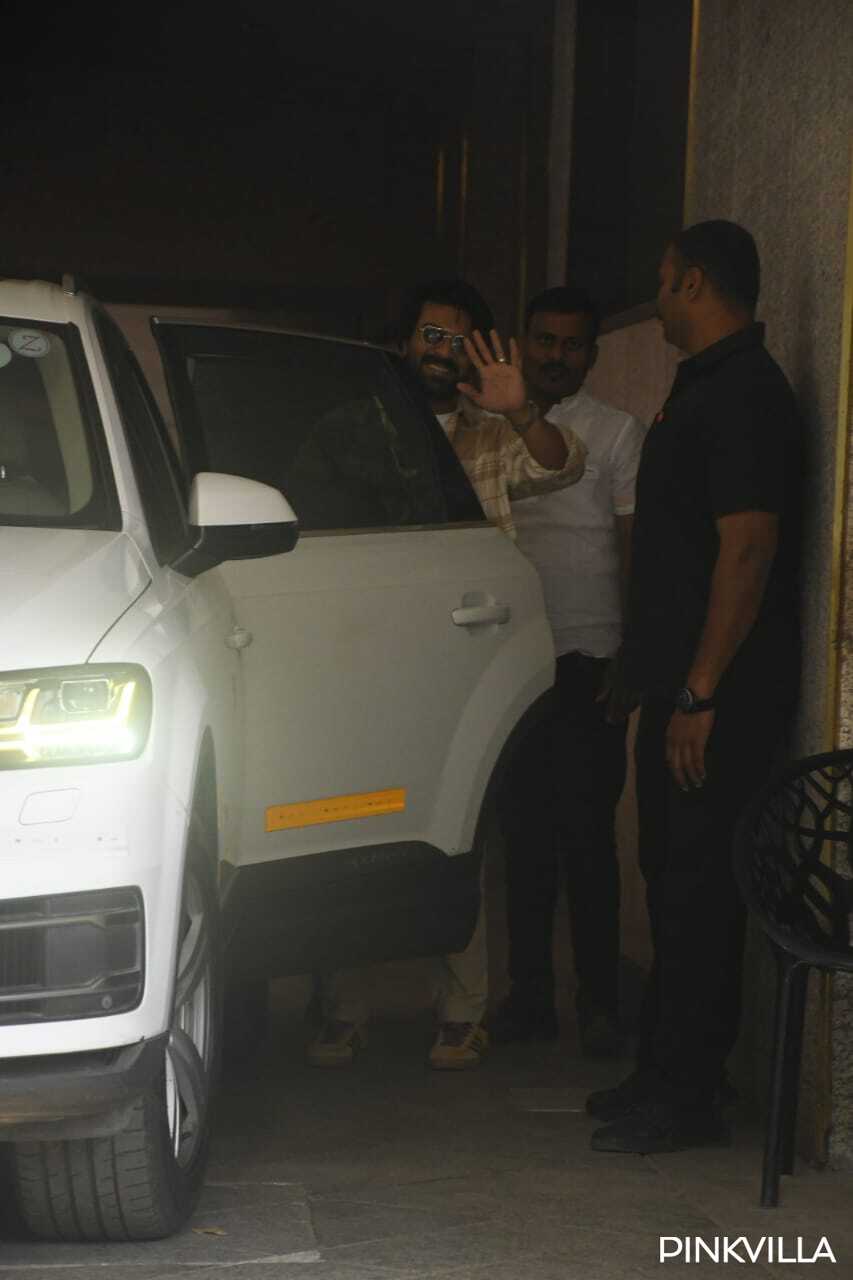 After bagging the Golden Globes award 2023 for Best Original Song, the 'Naatu Naatu' song has now made earned its biggest achievement to date - the Oscar nomination. The chartbuster song, is composed by the veteran musician MM Keeravani,  penned by lyricist Chandra Bose, choreographed by Prem, and sung by Rahul Sipligunj.

Ram Charan congratulated his 'brother' Jr NTR and other members of the RRR team with a heartfelt post. "What brilliant news! Truly an honour to see “Naatu Naatu” nominated for the Oscars. Another very proud moment for us & India. Well deserved @MMKeeravaani Garu, @SSRajamouli Garu, my brother @tarak9999 and the entire team of #RRR All love," wrote the actor on his Twitter post.

Meanwhile, Ram Charan will be next seen in Shankar’s film, RC15. Produced by Dil Raju and Sirish under Sri Venkateswara Creations, the film is tentatively called RC15 and has Kiara Advani in the female lead role. Karthik Subbaraju has penned the script for RC15 and S Thaman composed the music.

Ram Charan also teamed up with Uppena director Buchi Babu Sana, who made his debut as a director with the blockbuster film Uppena. Backed by Mythri Movie Makers, the film is being made on a huge scale with a high budget under the banners of Vriddhi Cinemas and Sukumar Writings.