Rashmika Mandanna opted for a stunning blue Indo-western attire as she promoted her upcoming film Goodbye in Mumbai. Rashmika Mandanna is on a promotional spree for her Bollywood debut movie, Goodbye opposite Amitabh Bachchan. As we informed you earlier, the National Crush was spotted yesterday on the sets of the dancing reality show, Jhalak Dikhla Jaa 10. The Pushpa star looked stunning in blue Indo-western attire as she filmed the episode. With open tresses, statement earrings, and complementing makeup, she was a sight for the sore eyes in her recent avatar.

Also, Rashmika Mandanna took to the story section of her Instagram and shared a picture standing on the stage of a Navratri pandal alongside Falguni Pathak, with a sea of people behind them. Both the ladies flaunted their dazzling smiles as they posed for a picture captioned, “an evening well spent in Mumbai with the Dandiya (queen) & my loves…Happy Navratri (red heart emoji) (flower emoji) @falgunipathak12.” 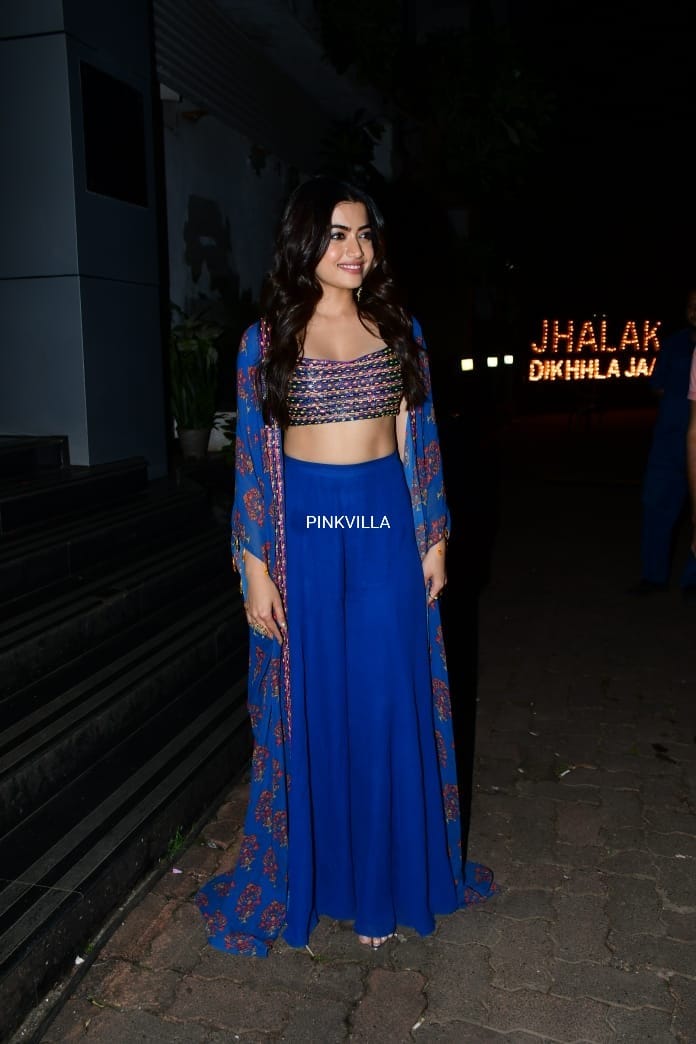 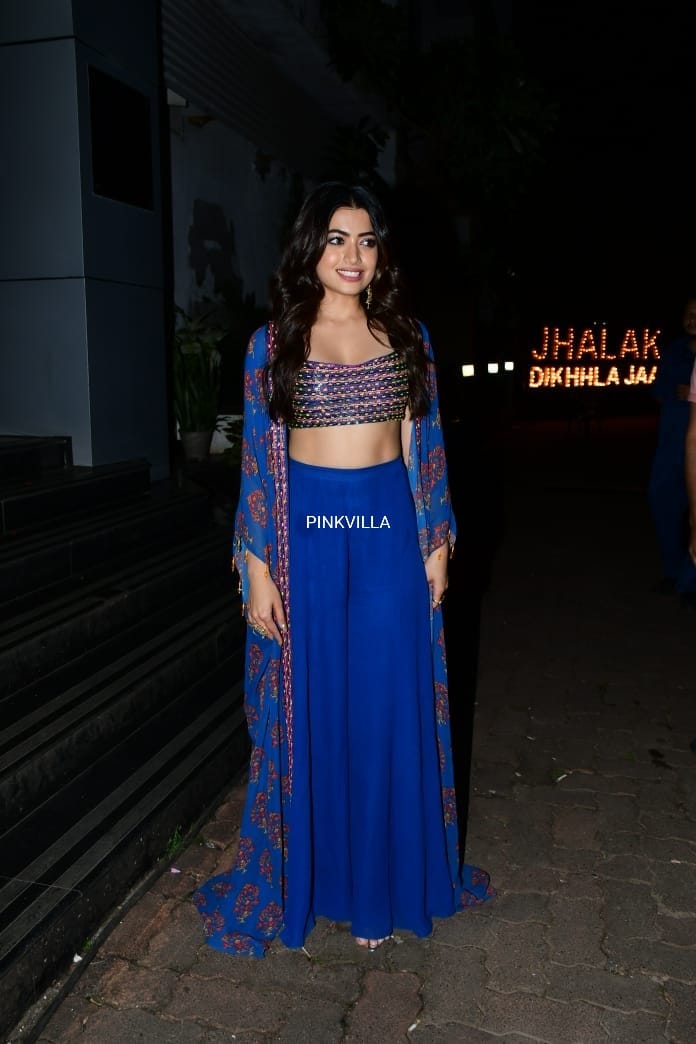 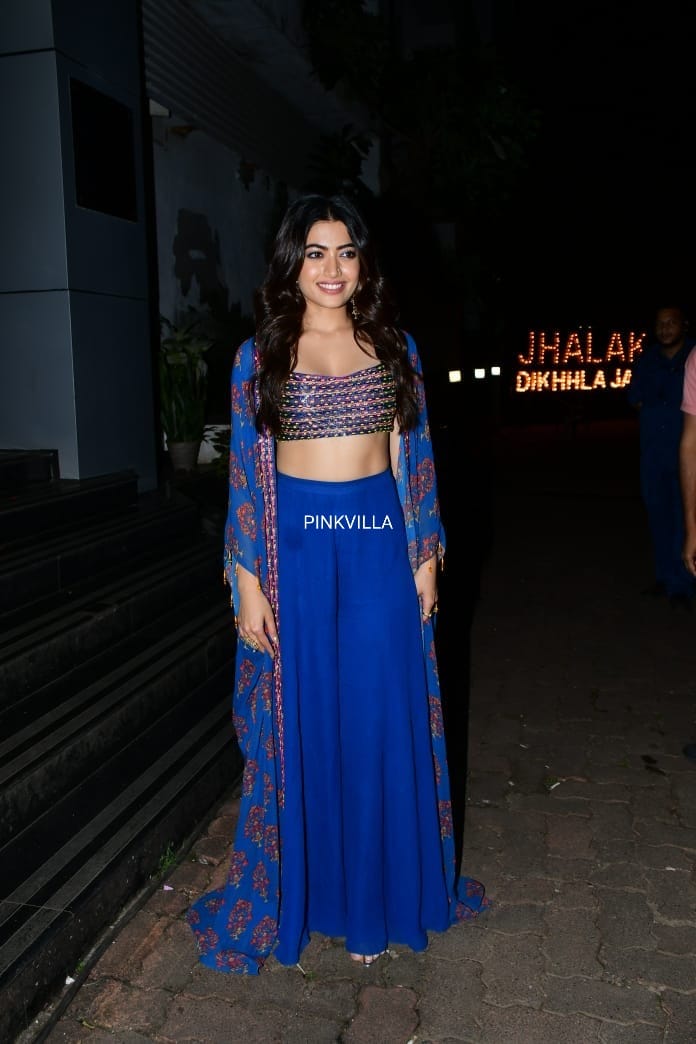 After Goodbye, Rashmika Mandanna will continue her B-town journey with    Mission Majnu alongside Sidharth Malhotra, and Animal along with Ranbir Kapoor.

On the other hand, in the South, Rashmika Mandanna will once again be seen playing her iconic character Srivalli in the second installment of the popular franchise, Pushpa: The Rule. Made under the direction of Sukumaran, Allu Arjun will also grace the silver screens as Pushpa Raj in the sequel.

In addition to this, the diva has also been roped in as the leading lady in Vamsi Paidipally's directorial Varisu. She will be seen sharing screen space with Thalapathy Vijay. Touted to be a family entertainer, the film has already created a massive buzz among movie buffs. The drama is scheduled to release in the theatres during Pongal 2023.

Also Read: Rashmika Mandanna's casual look in an oversized T-shirt and denim shorts is 'simplicity at its best'