Rashmika Mandanna obliges a young fan with autograph as she gets SPOTTED at the airport; PICS Rashmika Mandanna is one of the most popular stars in the country at the moment. Every now and then she gets photographed by the paparazzi as she continues her hustle in different cities. Her adorable pictures often make fans swoon over her, while her interaction with the media and fans grabs attention. Speaking of which, last night, the beautiful actress was spotted at the Mumbai airport. Rashmika was seen interacting with a young fan as the paparazzi clicked her from a distance. Check out her latest photos.

Rashmika Mandanna papped at the airport

A few hours back, Rashmika was clicked by the shutterbugs as she reached the airport. The Sita Ramam actress was seen donning comfortable and stylish casuals for her OOTN. She wore a red tee-shirt with a knot in the front. She styled it with a pair of ripped denim pants and black slippers. Rashmika tied her hair in a ponytail and was seen sporting flawless makeup. She also signed an autograph for a young fan as the latter approached her. 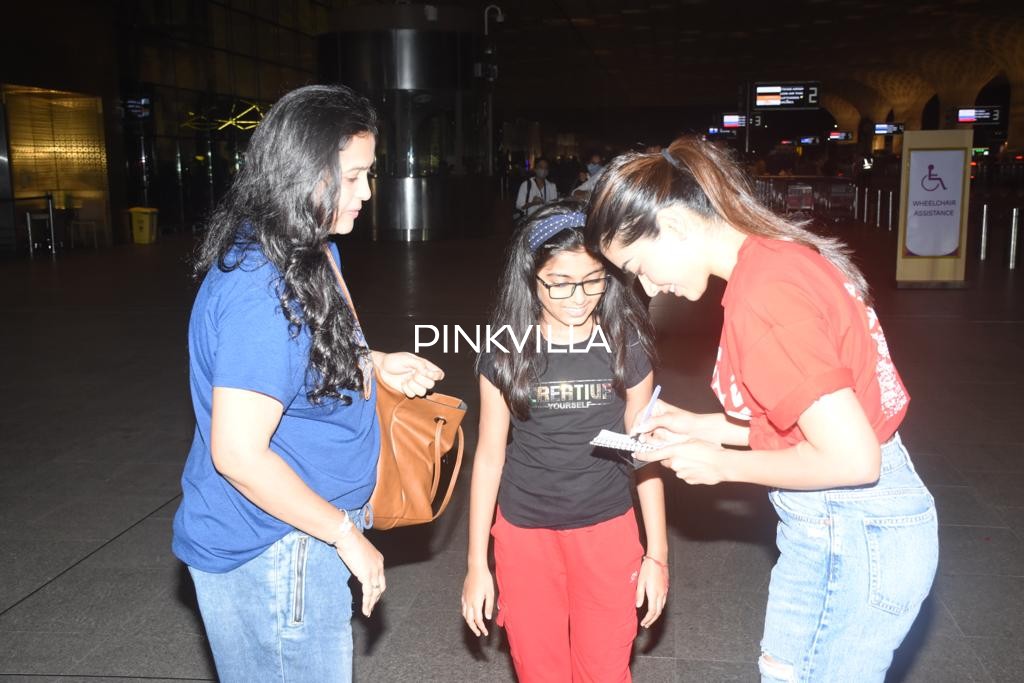 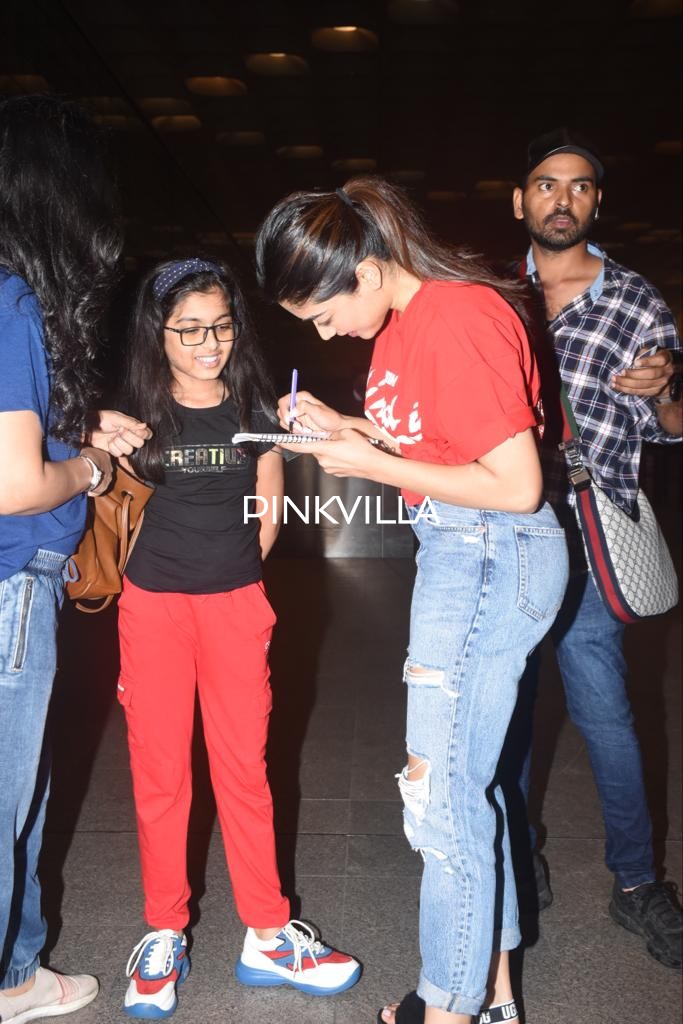 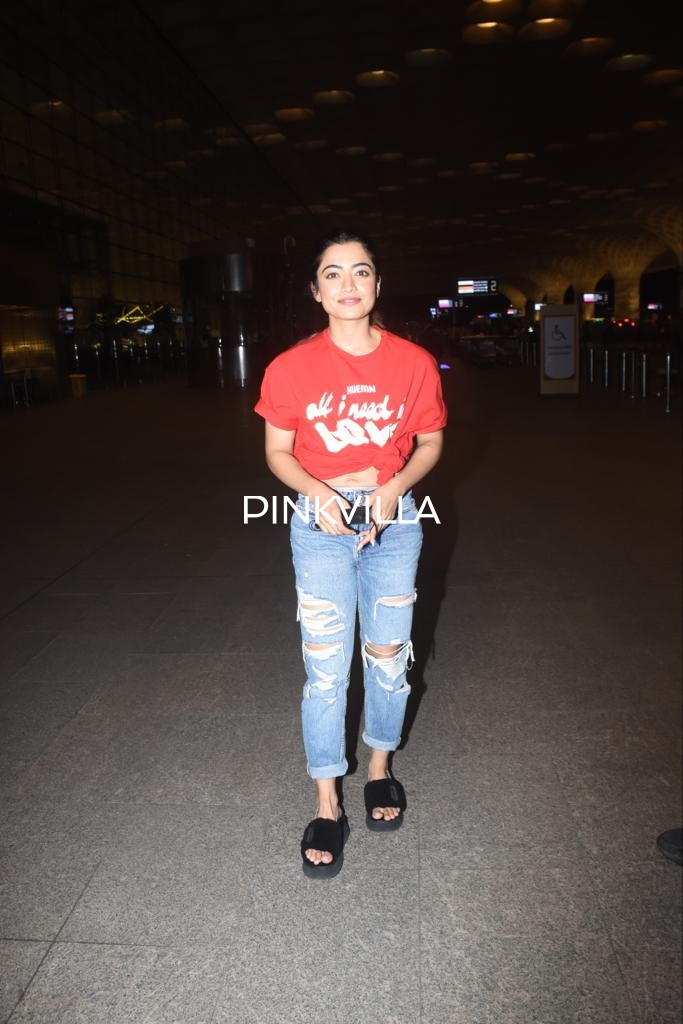 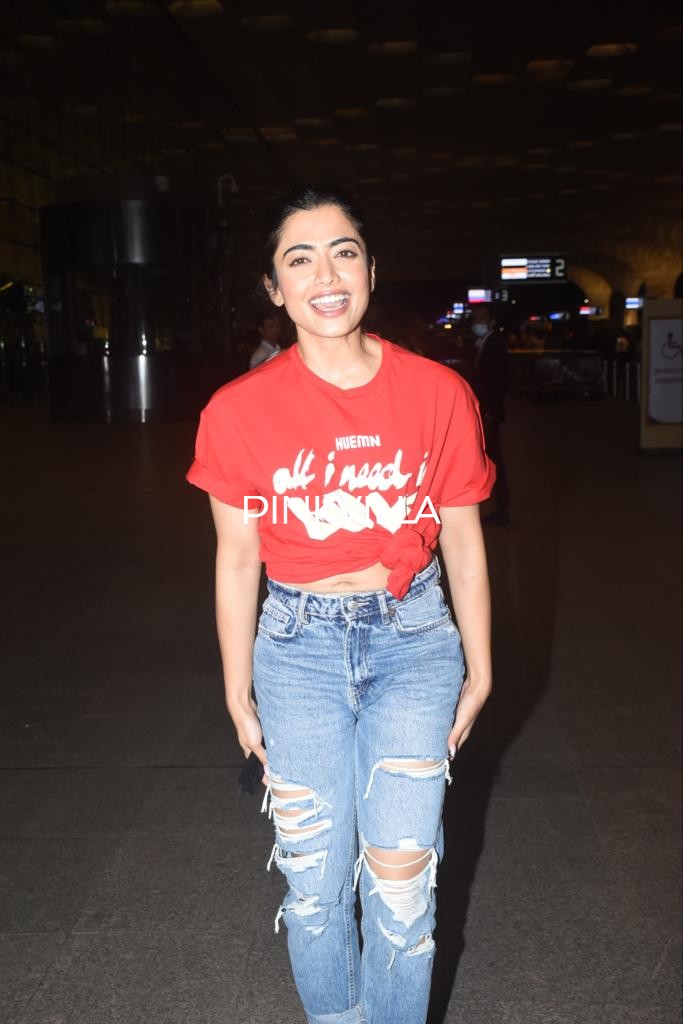 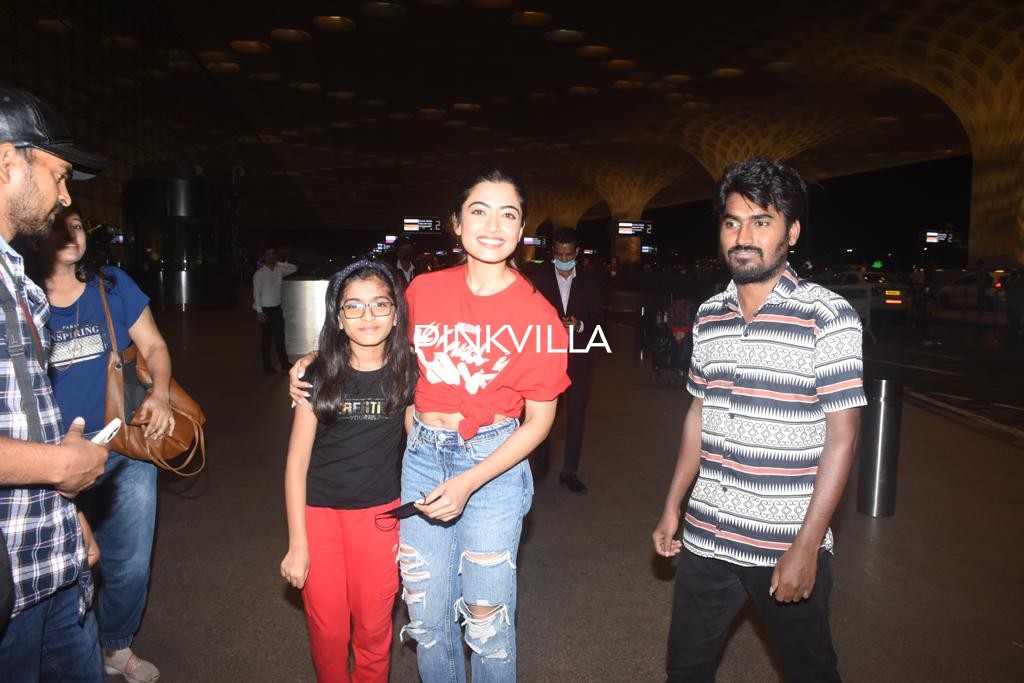 Rashmika has many interesting movies in her pipeline. She will soon make her Bollywood debut in Vikas Bahl’s Goodbye where she will share screen space with the legendary thespian Amitabh Bachchan, Neena Gupta, and Pavail Gulati, Sunil Grover. The film is slated to release theatrically on the 7th of October. She will feature next in Mission Majnu alongside Sidharth Malhotra in the lead and is directed by Shantanu Bagchi. The actress also has director Sandeep Reddy Vanga's next Animal opposite Ranbir Kapoor. It is slated to be released on August 11, 2023, and is produced by Bhushan Kumar & Krishan Kumar's T-Series, Murad Khetani's Cine1 Studios, and Pranay Reddy Vanga's Bhadrakali Pictures. She will also be seen in the Tamil film, Varisu with Thalapathy Vijay, which is scheduled to be released in theatres in January 2023.

ALSO READ: Vijay-Rashmika to Prabhas-Shruti: 5 South stars who have been paired together for the first time Rashmika Mandanna is nothing less than a denim dyn...