RRR, the epic action drama which is helmed by SS Rajamouli is one of the most-loved Indian films of recent times. The magnum opus, which features Ram Charan and Jr NTR in the lead roles, is considered to be one of the finest visual spectacles ever made in our country. RRR is now making headlines again after the film joined the Oscar nomination race, with submissions in 14 categories. The makers decided to join the ‘For your consideration’ campaign after the film failed to make it to India’s official entry to the Oscars.

Here's why we think SS Rajamouli’s magnum opus truly deserves to be the Oscar contender.

RRR is undoubtedly the brainchild of master craftsman SS Rajamouli’s impeccable vision. The movie came to life on such a grand scale, and emerged as one of the finest theatrical experiences India has ever witnessed, thanks to the brilliant execution of the filmmaker’s sheer vision. RRR has been considered a major milestone in Indian cinema when it comes to both the storytelling and technical aspects.

Commercial cinema at its finest best

SS Rajamouli and his team once again proved commercial cinema can be both deeply appealing and unapologetically entertaining at the same time. The celebrated filmmaker created a thoroughly enjoyable commercial movie experience, which has its heart in the right place. RRR celebrated over-the-top action and entertainment, with still having a strong core– an impactful story and a well-written script. RRR proved commercial cinema need not be shallow. 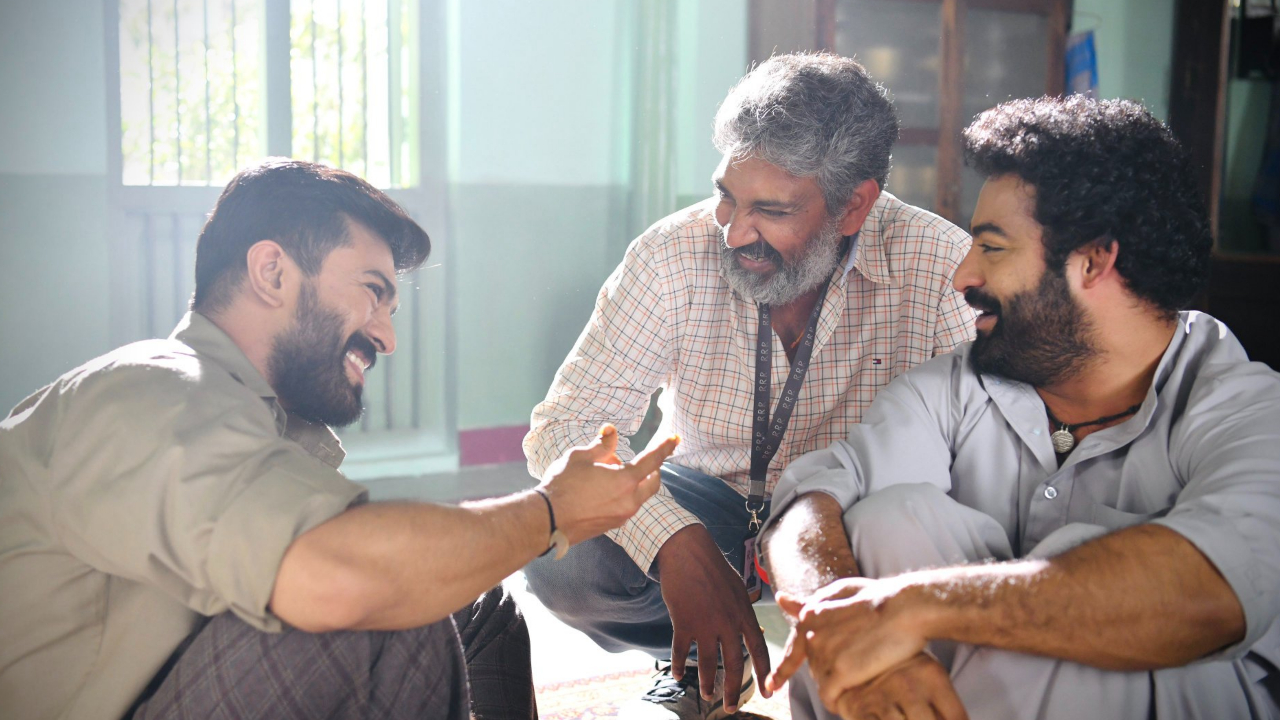 Ram Charan and Jr NTR proved that two major movie stars can share the screen and enjoy a heart-warming camaraderie despite being onscreen rivals, with their stellar performances in RRR. The two leading men complemented each other brilliantly and delivered the finest performances as Alluri Sitarama Raju and Komuram Bheem. SS Rajamouli broke one more stereotype of commercial cinema, by bringing two leading movie stars together and bringing out the best in both.

RRR truly deserves all awards and accolades for just one factor – it successfully created a highly impactful fictional world with two real-life freedom fighters. As per history, Alluri Sitarama Raju and Komuram Bheem never crossed paths. But SS Rajamouli and his father and writer Vijayendra Prasad successfully build a world where Sitarama Raju and Bheem came together for a cause, and developed a deep friendship. The worldbuilding of RRR is so effective, that it is now impossible for a common audience to believe that this story is complete fiction.

Coming to RRR, the movie marked both Ram Charan and Jr NTR’s reunion with SS Rajamouli, after a long break. The actors shared the screen for the first time in the magnum opus, which emerged as the biggest commercial success in both their acting careers. Alia Bhatt, the celebrated Bollywood actress made her Telugu debut with RRR. She played the role of Sita, the fiancé of Sitarama Raju in the film. Ajay Devgn, the popular Bollywood star made a cameo appearance. MM Keeravani once again teamed up with SS Rajamouli, by composing the songs and original score for the action drama. RRR is currently the third all-time highest-grossing film in Indian cinema.