Take a trip down memory lane and check out these childhood pictures of popular South celebs. The fans of the South film fraternity love to see glimpses of their beloved stars. They are always eager to know how these celebs looked as kids. Time and again, the stars drop their old photographs on their social media handle.

From Mahesh Babu, Ram Charan, Allu Arjun, Samantha Ruth Prabhu, Pooja Hegde to Rashmika Mandanna, Anushka Shetty, Keerthy Suresh, Trisha, Shruti Haasan, all have posted sneak peeks from their younger days on the internet. The supporters also have adored these posts and showered them with love and appreciation. Today, we will be sharing with you childhood pictures of some prominent names in the business.

Samantha redefines cuteness as she poses with her mother and two elder brothers in this old pic from her childhood days. Sharing the still on her Instagram, the Yashoda actress had written, "We grow in different directions, yet our roots remain as one ... Missing." Now, the fans await to see the actress in Yashoda and Shaakuntalam. 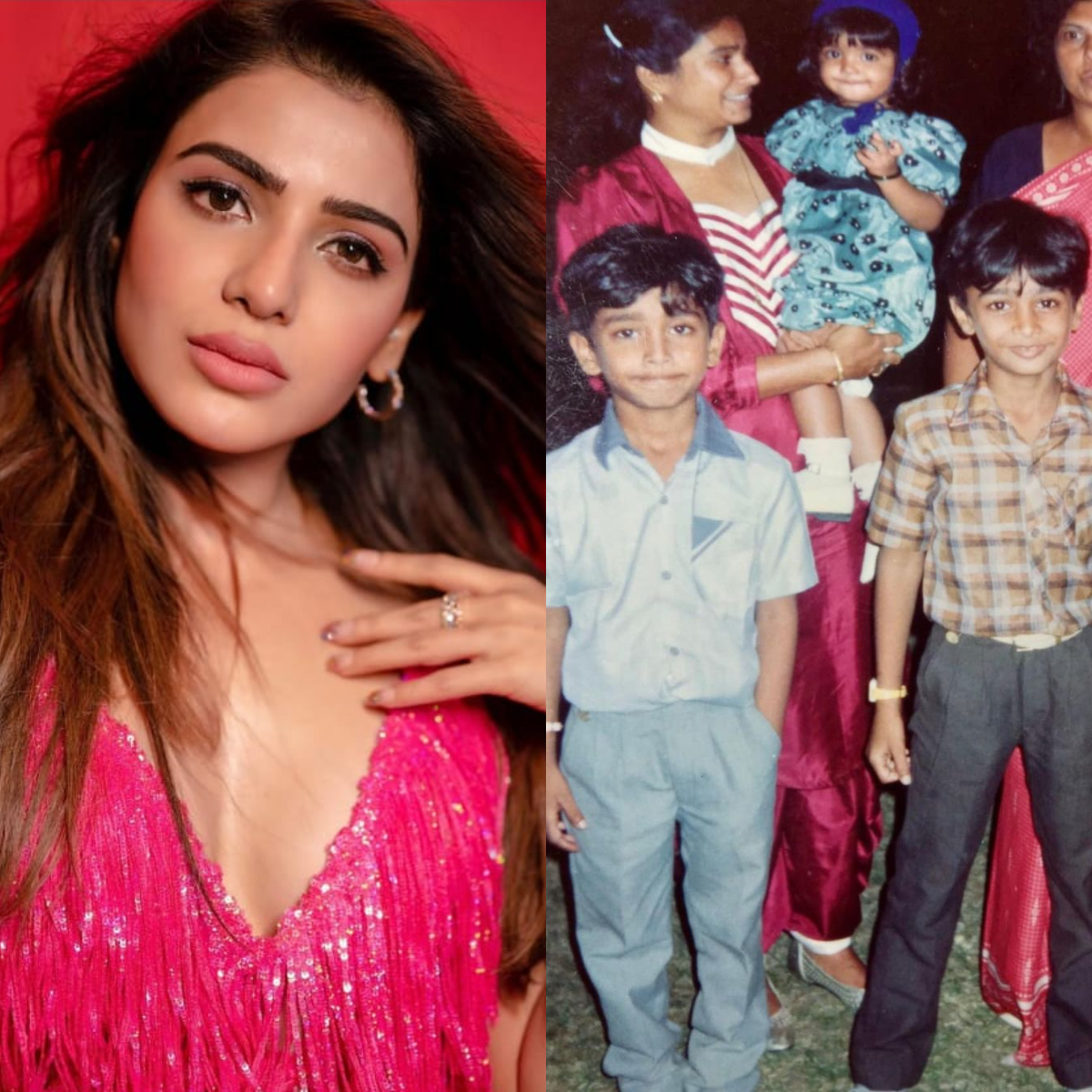 Allu Arjun is seen impressing Megastar Chiranjeevi with his swift moves in this throwback photo. The expressions of Pushpa star are the real show stealer as the Acharya star turns into his cheerleader for the day. AA is all set to entertain the fans yet again with the second installment of the Pushpa franchise, Pushpa: The Rule, alongside Rashmika Mandanna. 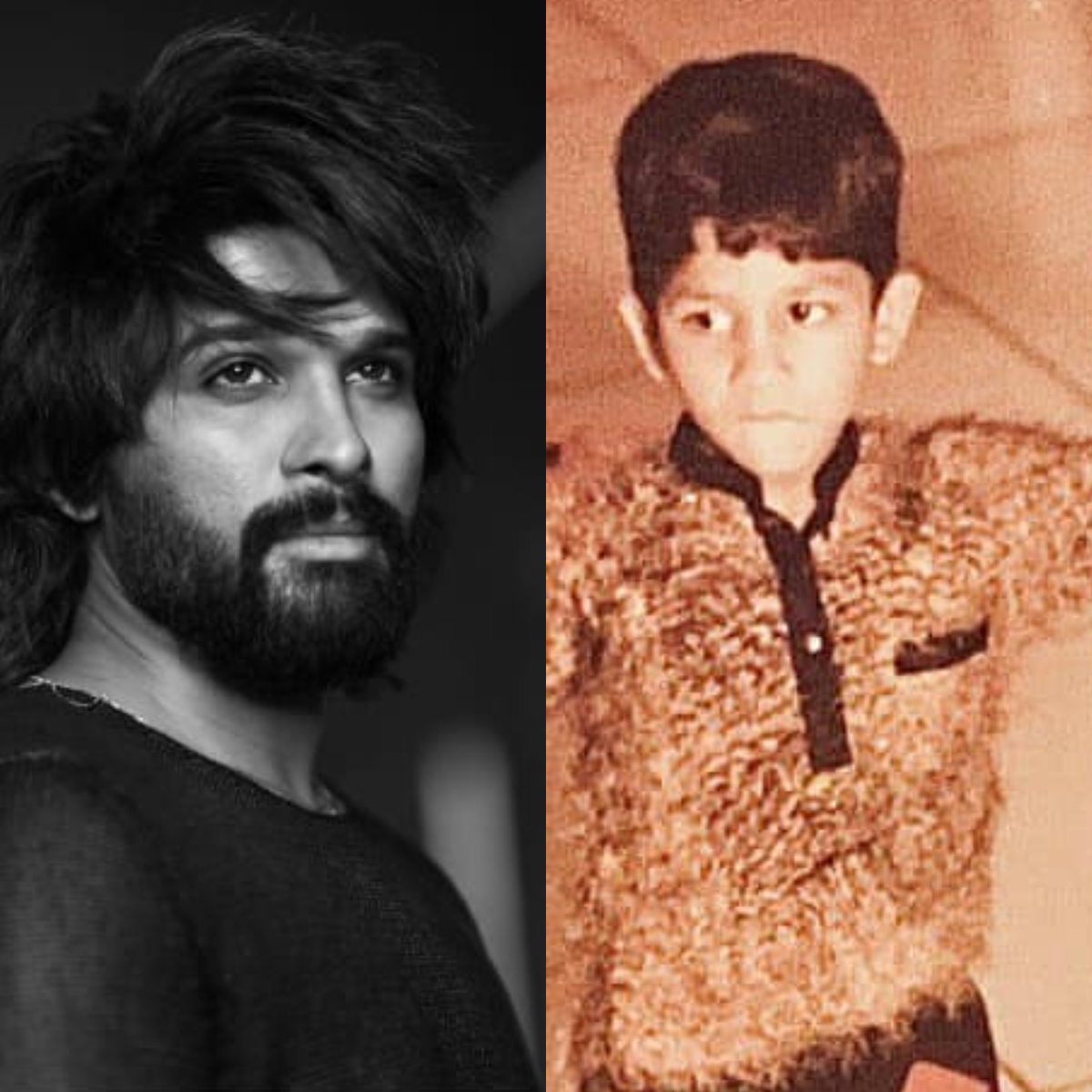 Pooja Hegde has proved her mettle in both South and Bollywood. The actress has charmed her way into our hearts with her acting prowess and beauty. This adorable throwback still from the Radhe Shyam actress' childhood goes to show us she has been winning hearts ever since she was a kid. 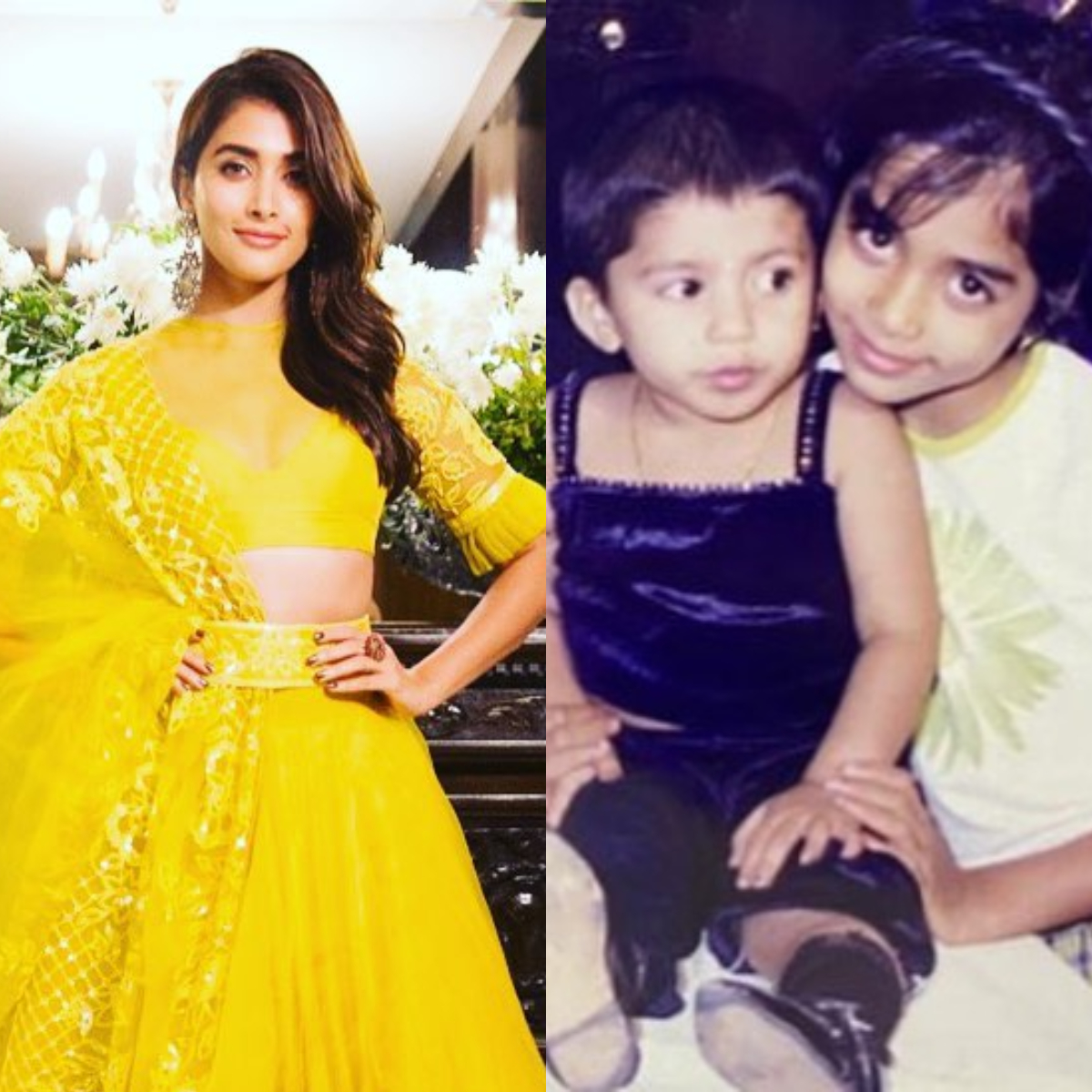 Anushka Shetty is the only sister of two brothers. Her childhood photo of her posing with her mom, dad and brothers makes for a perfect fam-jam moment. 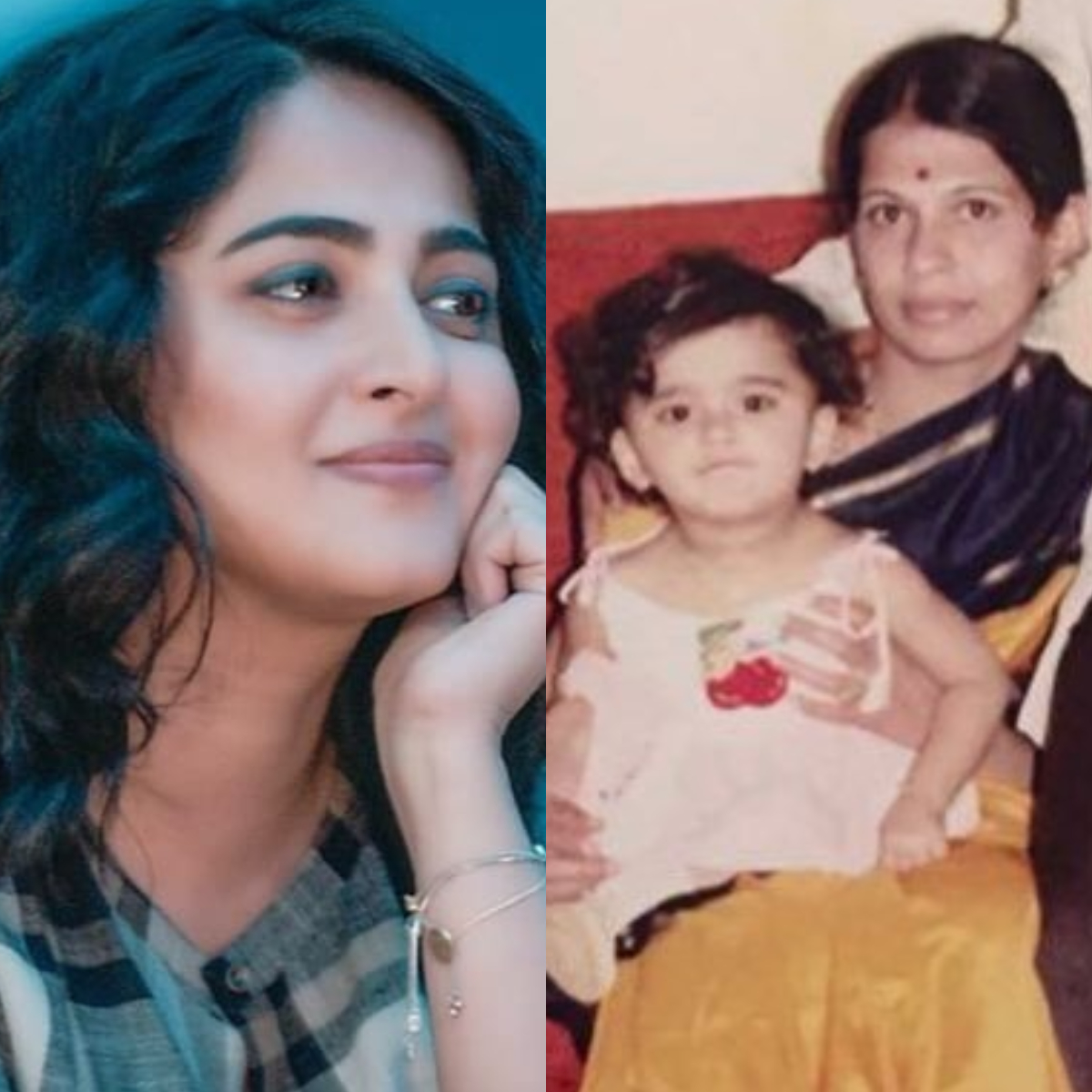 National Crush Rashmika Mandanna is one of the most bankable stars in the South. Now, the stunner has also stepped into B-town with Amitabh Bachchan fronted Goodbye. This old picture of little Rashmika is the epitome of her cuteness. 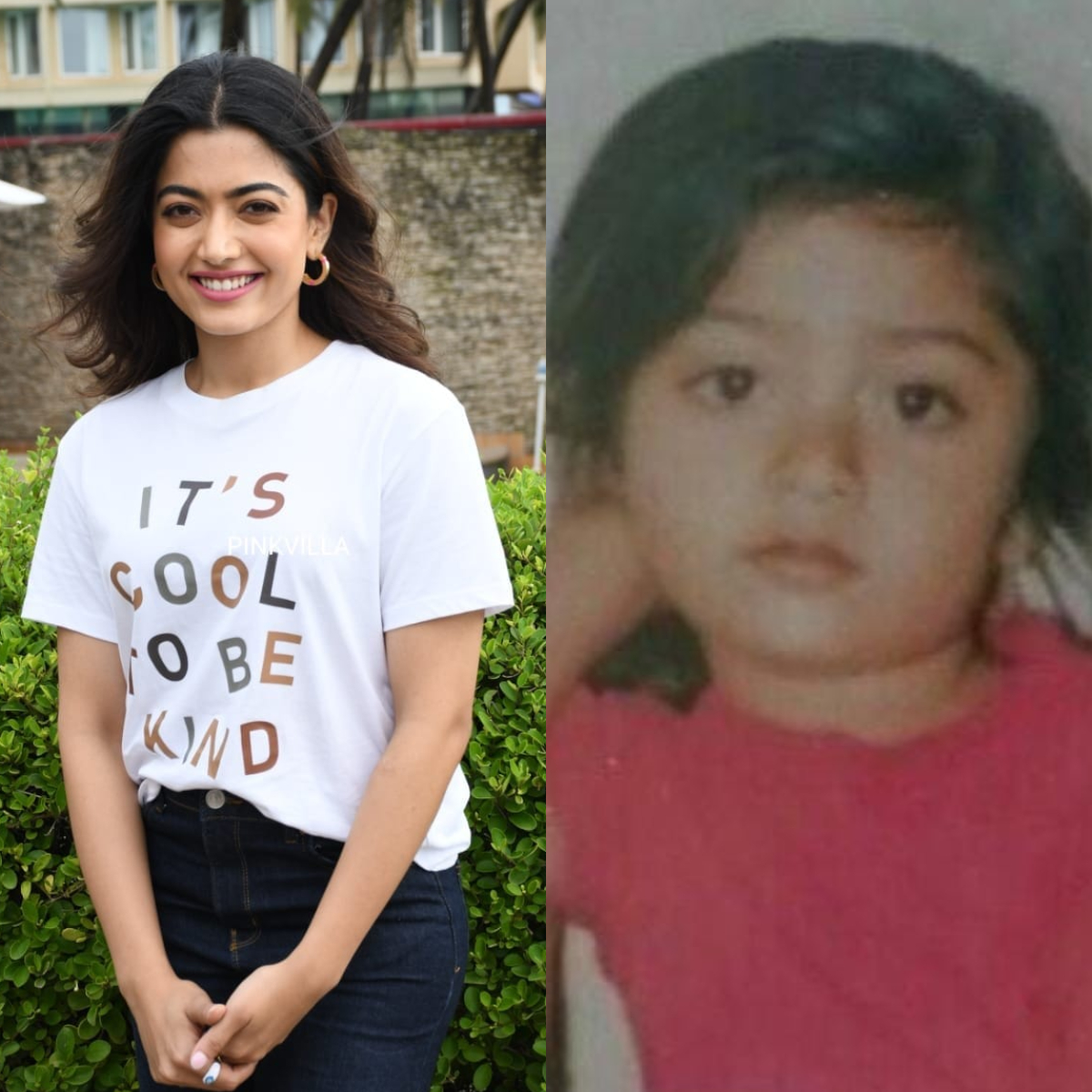 Superstar Mahesh Babu is the son of veteran actor Krishna. He has been a part of the industry ever since he was a child. This picture of the Spyder actor with his dad will always be remembered by fans. He is currently busy with SSMB28, which is being made under the direction of filmmaker Trivikram Srinivas, and will see Pooja Hegde as the female lead. 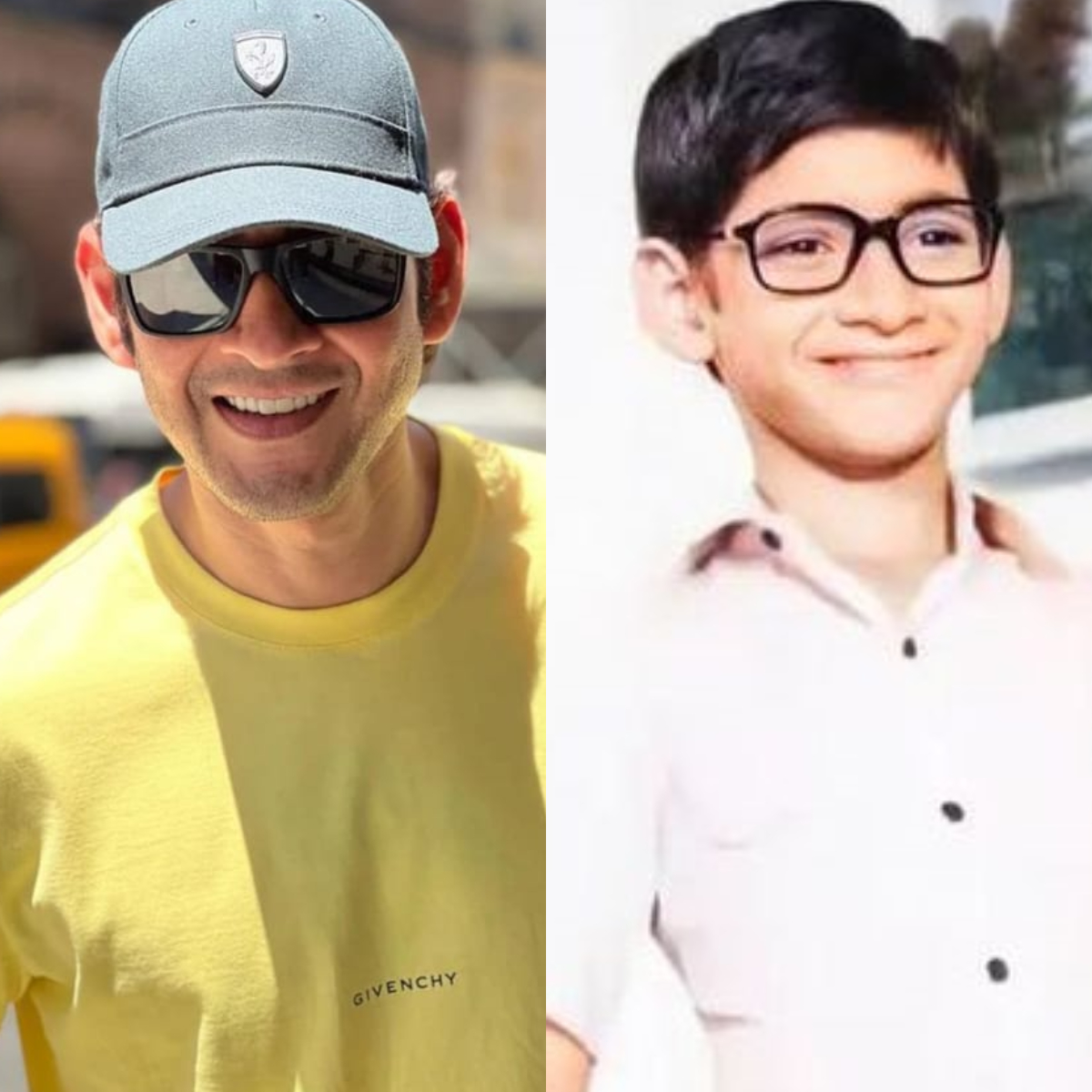 National Award-winning actress Keerthy Suresh has made a mark for herself in the industry. The star is also adored by the fans for her cuteness. Keerthy Suresh looked cute while on a trip with her parents in his throwback photo. 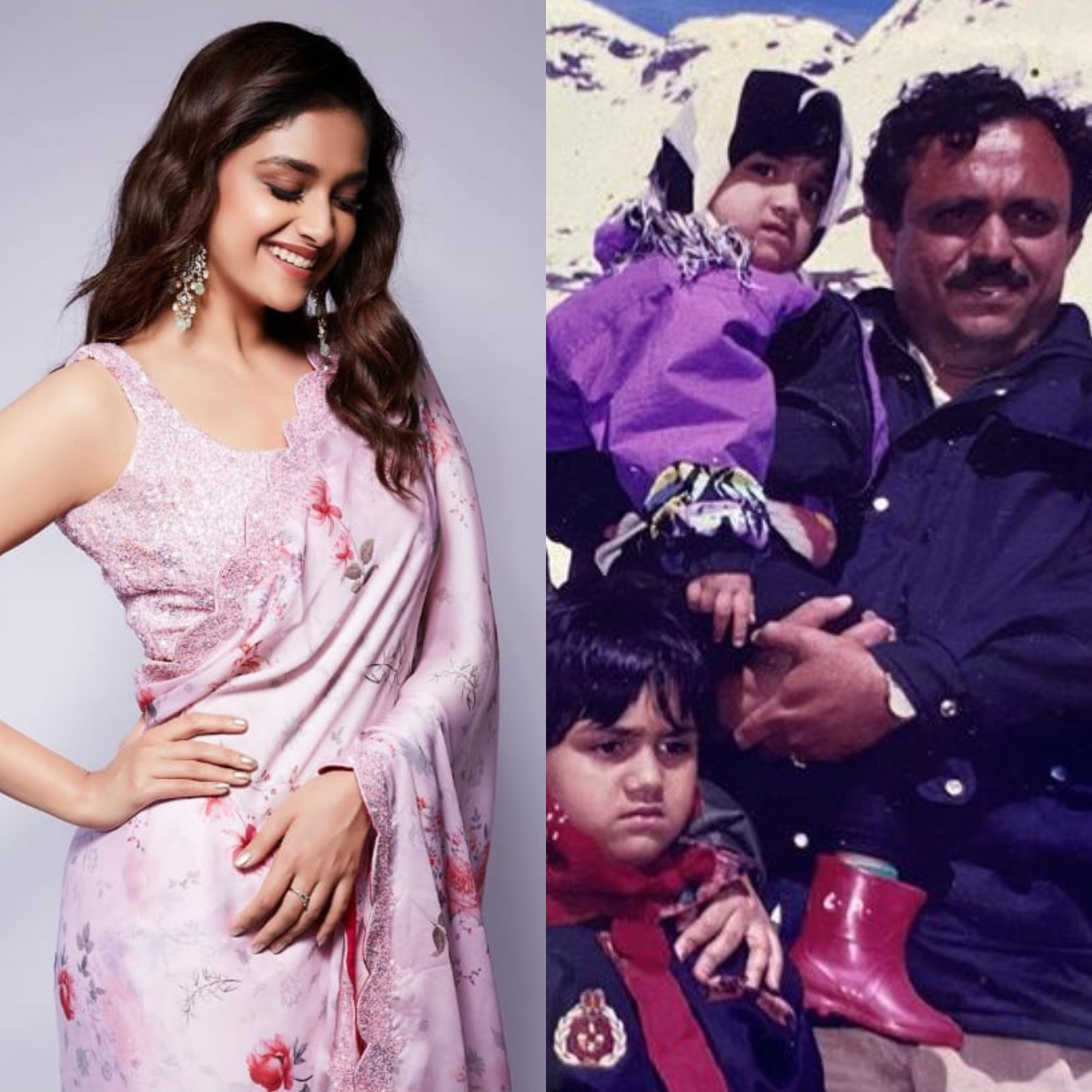 The daughter of superstar Kamal Haasan, Shruti Haasan is one of the busiest celebs in the South at the moment. Her Instagram feed is full of old pictures of her with her dad. The Salaar actress is cuteness personified as she hugs her father Kamal Haasan in his old still. 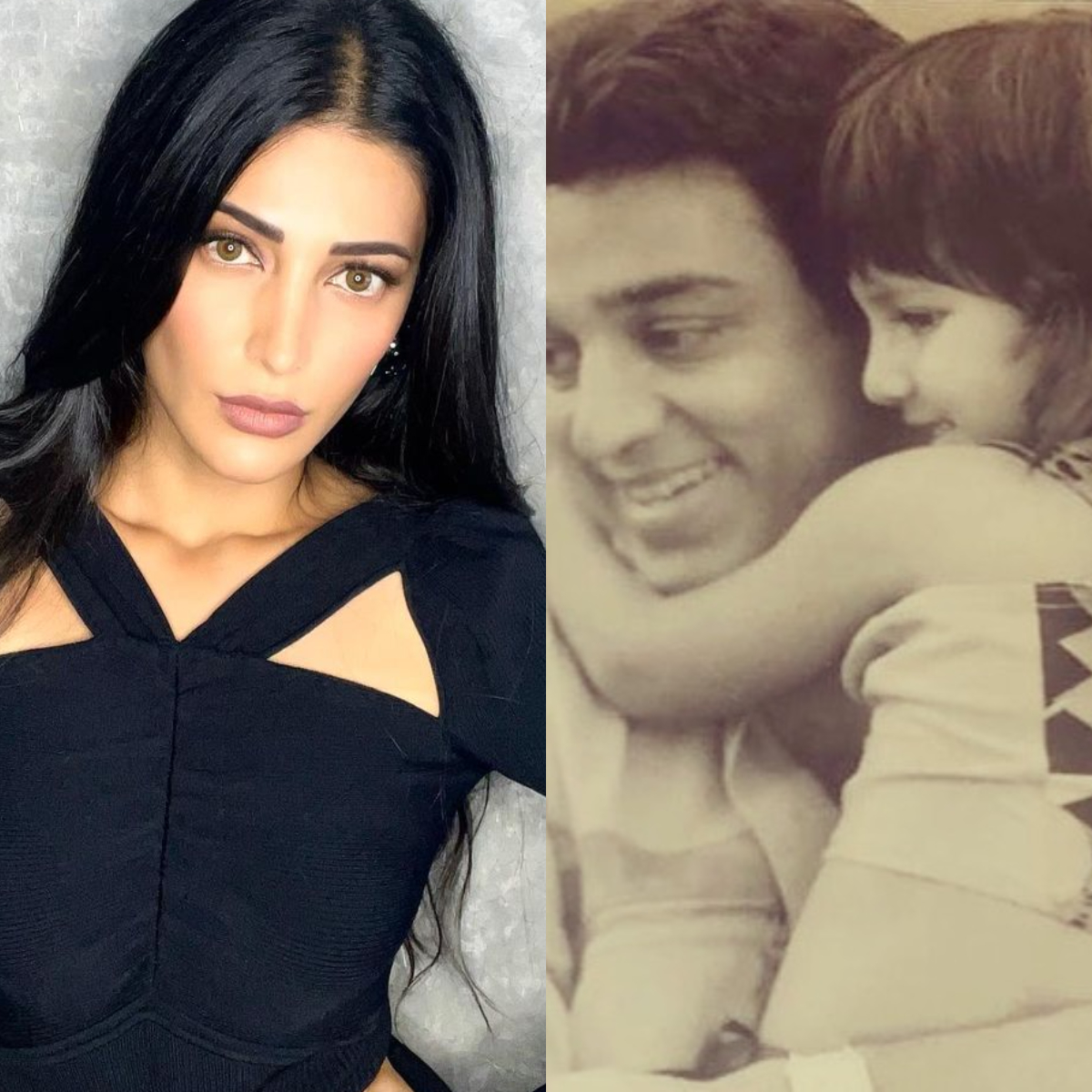 Ram Charan stunned everyone with his last release, SS Rajamouli's directorial RRR, along with Jr NTR. As you know, he is the son of Megastar Chiranjeevi. This old father-son photo of Ram Charan and Chiranjeevi twinning in blue is pure nostalgia. 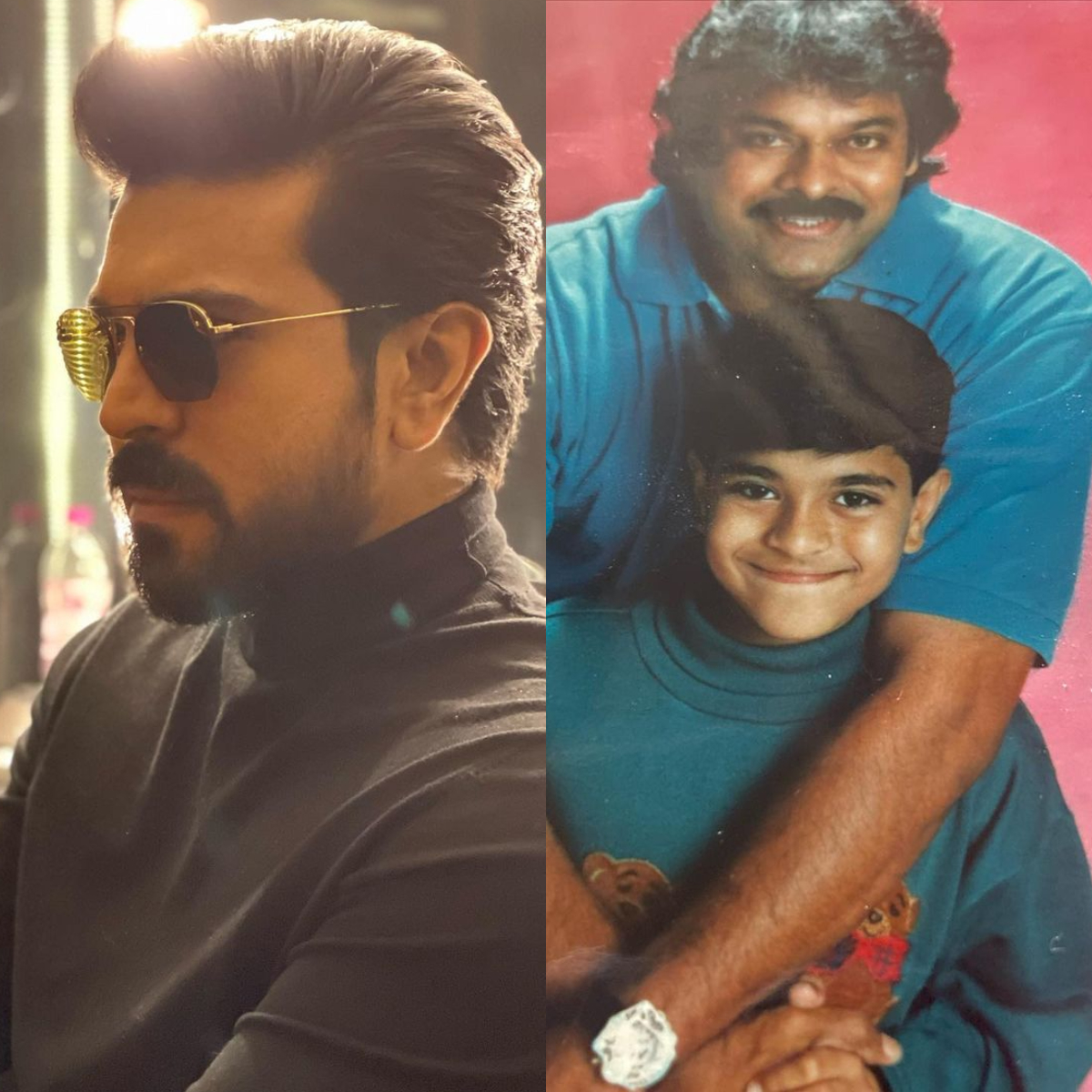 Even after spending 20 years in the industry, Ponniyin Selvan actress Trisha is one of the most beautiful actresses in the business. This childhood picture of her, chilling on the sofa, proves that she was born sassy. Recently, the actress garnered a lot of praise for her performance in Mani Ratnam's directorial. 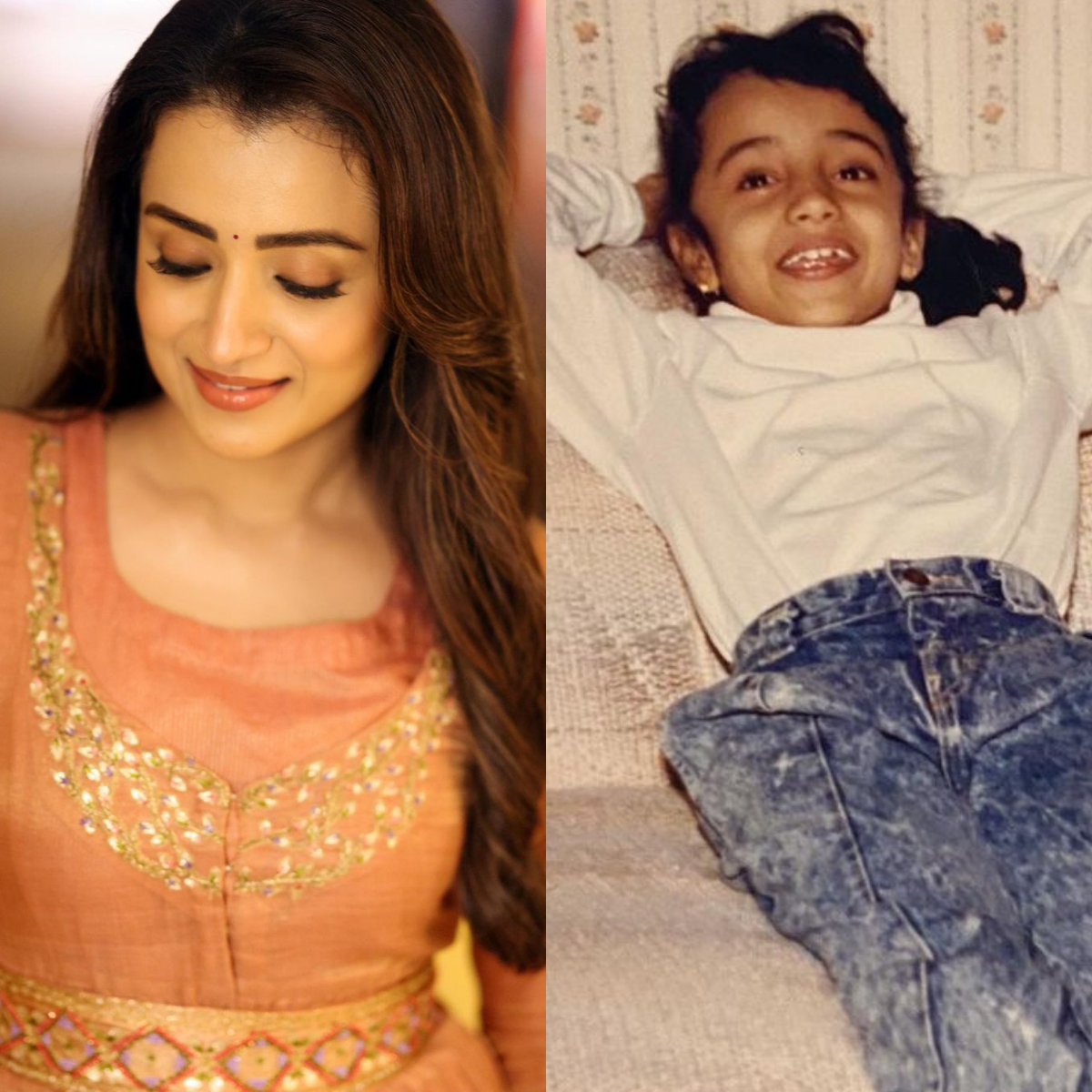 These childhood pictures of South celebs are a fun ride down memory lane. These photographs make us realise that celebrities, to whom we admire, also had a simple childhood filled with memorable moments with their loved ones.