Shruti Haasan took to the story section of her Instagram handle and shared a picture with beau Santanu Hazarika. Shruti Haasan has time and again proclaimed her love for beau Santanu Hazarika on social media. This time as well, the Salaar star took to her Instagram handle and dropped a picture with her beau, along with the caption, "I love us @santanu_hazarika_art...Let's break s**t." While the stunner looked chic in a crop top and denim, the visual artist posed in a casual look. Both of them were seen in masks and sunglasses.

Shruti Haasan is presently in a live-in relationship with Santanu Hazarika and the two are vocal about their bond. During an exclusive interview with Pinkvilla, Shruti Haasan revealed about her relationship, "He is my best friend. He is an amazing, talented person, and a very unique human being. People think that a lot of the times we call paparazzi, and yes there are times we do when we are looking extra cute or something. But a lot of the time we don’t, and it was just getting silly to like be photographed. I also like to share on social media my life, I think it’s been a great avenue for people to connect with me as a person, and this is a big part of my life." 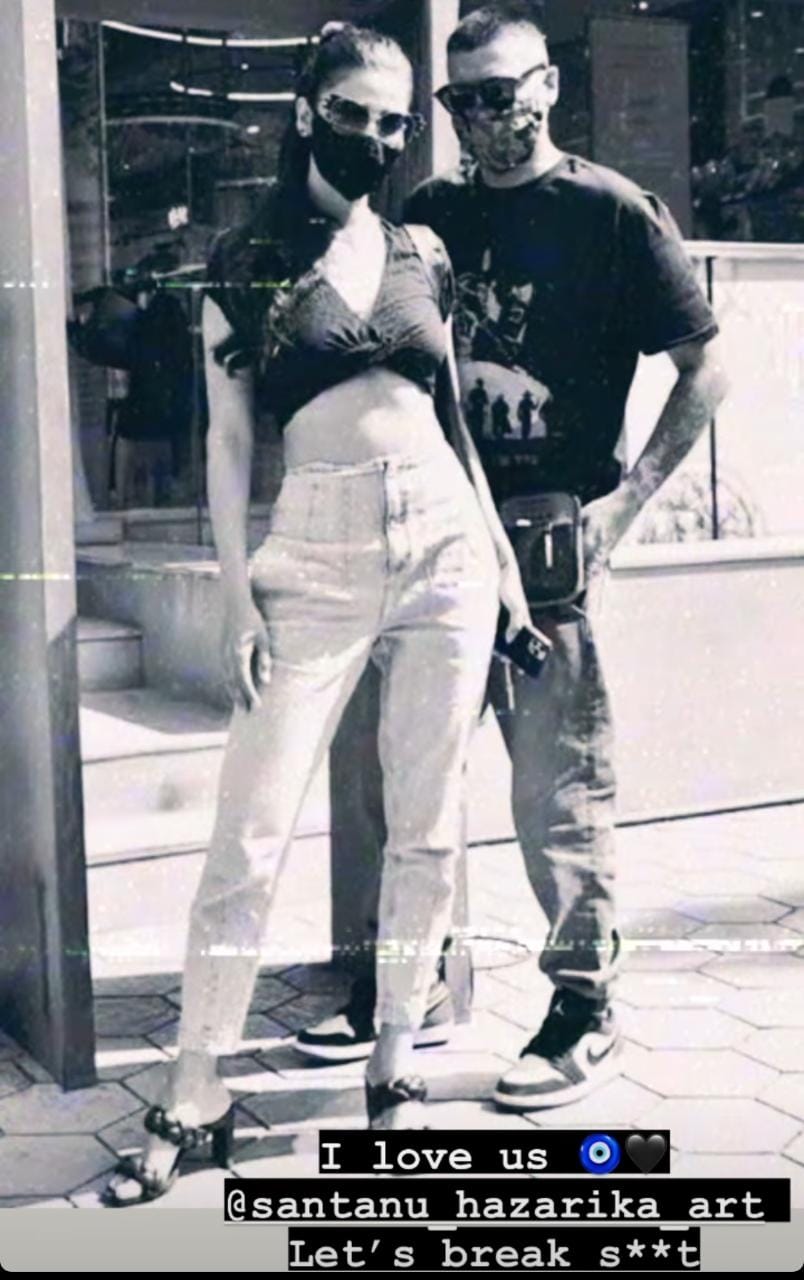 In the meantime, Shruti Haasan is juggling multiple projects at the moment. She will play the leading lady in Prashanth Neel's directorial Salaar. The action entertainer will feature Prabhas in a brutal avatar. After being pushed many times, the movie is finally slated to release in the cinema halls on 28 September 2023.

Also, she further has Megastar Chiranjeevi starrer Chiru154, and Nandamuri Balakrishna-led NBK107 in her kitty.