The prestigious awards SIIMA are presently underway, and we have been bringing to you some ravishing looks of celebs from the red carpet. The recent addition to the list is, Priya Prakash Varrier's smoldering look from the star-studded event. The "wink girl" is a sight for the sore eyes in a red silk gown with a deep neck, and high slit. Her matt makeup and strappy heels go well with her ensemble. All in all her outfit makes for a perfect red carpet look.

Prior to this, we had discussed Allu Arjun's, Yash's, and Pooja Hedge's look for SIIMA. While the Pushpa actor opted for a black-on-black outfit, Yash looked handsome in an all-white attire. In addition to this, the Beast actress was a sight-to-behold in a white off-shoulder dress. 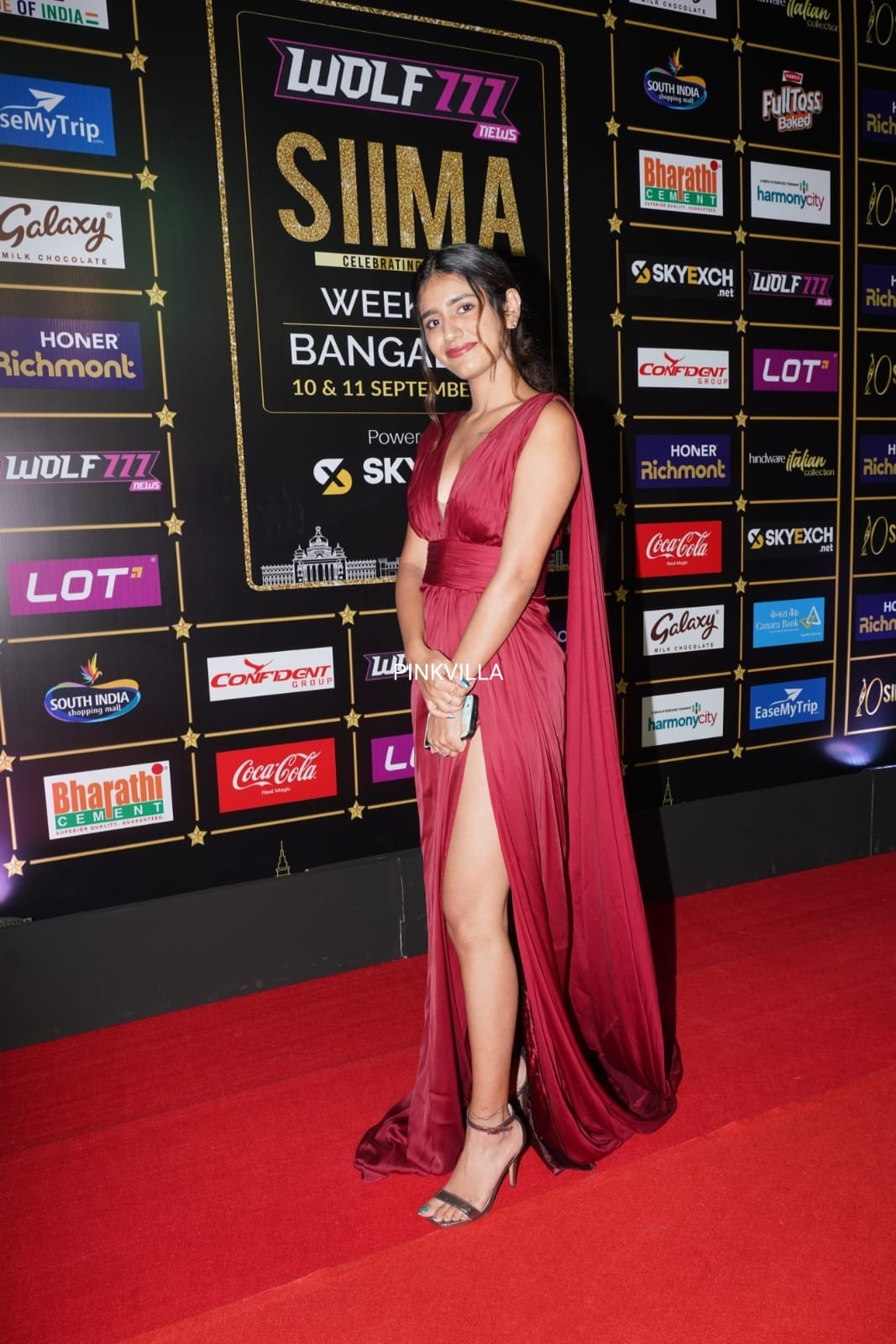 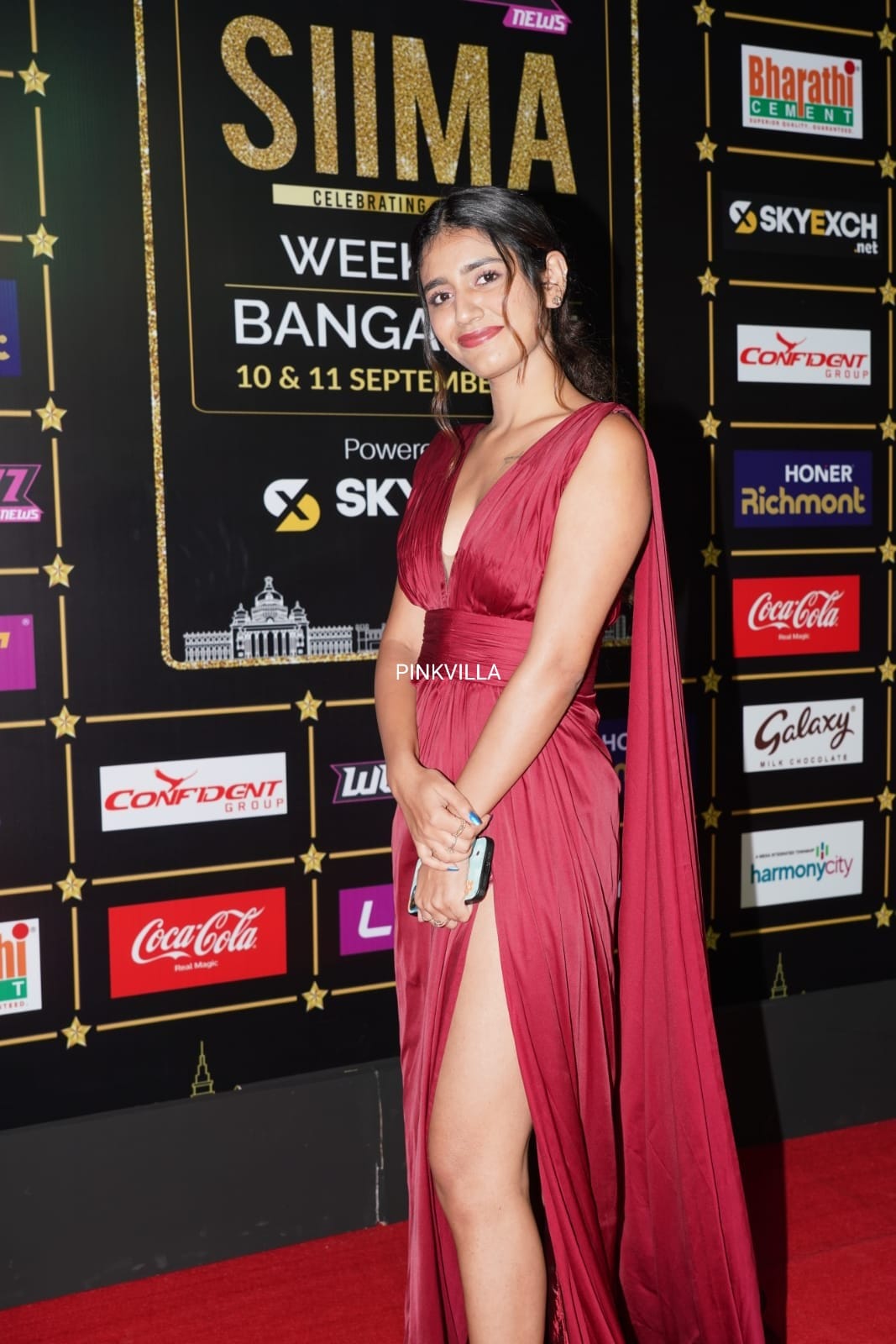 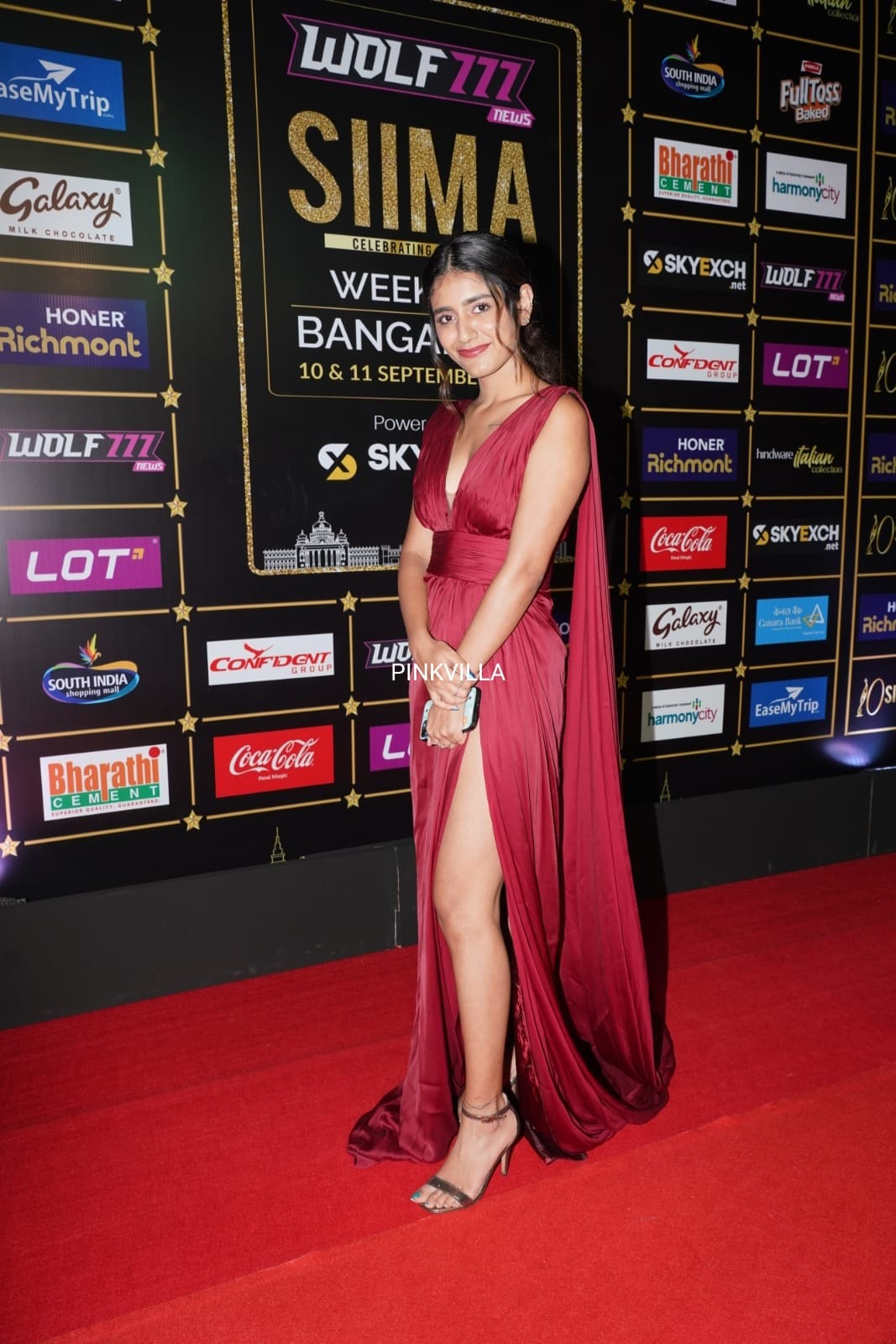 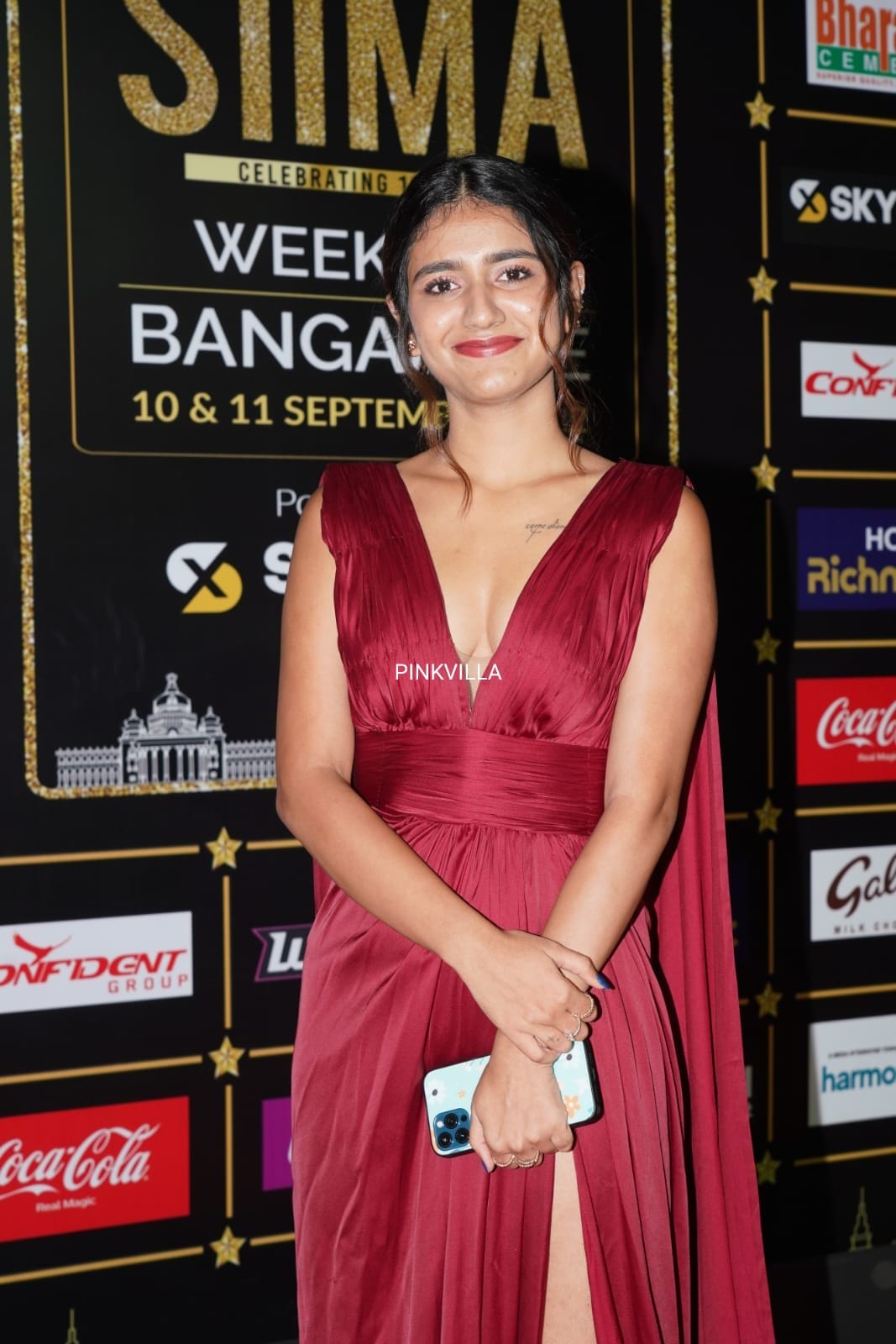 Up next, Priya Prakash Varrier has an exciting lineup ahead with filmmaker Ranjith Sankar's directorial 4 years. She has been roped into essay the female lead character Gayathri in the movie. The cinematography of 4 years is being handled by Madhu Neelakandan, and Shankar Sharma is providing the tunes for the flick. Meanwhile, the sound design will be performed by Tapas Nayak.

In the meantime, Priya Prakash Varrier will also be making her Hindi feature debut with Love Hackers. She will be seen as a teenager who escapes a cyberattack in the upcoming crime thriller which is inspired by true events.

She also has projects Kolla, 3 Monkeys, and Oru Nalpathukaarante Irupathonnukaari in her kitty. PICS: Priya Prakash Varrier looks no less than a r...