From Samantha Ruth Prabhu's diagnosis with Myositis to Harish Kalyan's wedding, check out the top happenings from the South film industry this week. South Newsmaker of the week

This week has been full of buzz for the South Indian film. Well, as the week comes to an end, when we bring you all the important happenings of all week long. With our weekly edition of 'South newsmakers'. From Samantha Ruth Prabhu being diagnosed with Myositis, to Yashoda trailer release, to Harish Kalyan getting married, to the verdict on Nayanthara and Vignesh Shivan's surrogacy row, check it out...

Samantha recently shared worrisome news with her fans. She took to Instagram and posted a picture from the hospital with a heart sign. Her post also included the caption, "Your response to the Yashoda Trailer was overwhelming. It is this love and connection that I share with all of you, that gives me the strength to deal with the seemingly unending challenges that life throws at me. A few months back I was diagnosed with an autoimmune condition called Myositis. I was hoping to share this after it had gone into remission. But it is taking a little longer than I hoped. I am slowly realizing that we don’t always need to put up a strong front. Accepting this vulnerability is something that I am still struggling with. The doctors are confident that I will make a complete recovery very soon. I have had good days and bad days…. physically and emotionally…. and even when it feels like I can’t handle one more day of this, somehow that moment passes. I guess it can only mean that I am one more day closer to recovery. I love you...THIS TOO SHALL PASS".

Kantara star Rishab Shetty is at the top of his game after his latest release. The list of admirers of the action thriller also includes Superstar Rajinikanth. The two even met at the Darbar actors' Chennai residence. According to the reports, Rishab Shetty met the veteran actor on 29th October this year.

Rishab Shetty shared some snippets from their memorable meet on social media, alongside a heartfelt note. "If you praise us once, we will praise you a hundred times. Thank you @rajinikanth Sir, we are always grateful for your appreciation for our film Kantara."

Kollywood star Harish Kalyan tied the knot with Narmada Udayakumar, a Chennai-based entrepreneur on 28th October this year. The two exchanged wedding vows in a grand ceremony at the GPN Palace in Thiruverkadu, Chennai.

Meanwhile, On the auspicious day of Dussehra, Harish Kalyan shared a few cozy pictures with his ladylove on Twitter, alongside a heartfelt note that read, "With all my heart, for all my life. I'm extremely happy to introduce Narmada Udayakumar, my wife-to-be. Love you to bits. With God's blessings, as we begin our forever, we seek to double the love from you all, now and always."

Samantha Ruth Prabhu is all set to entertain the fans with her nail-biter, Yashoda. As the highly-awaited drama gears up to release on 11th November this year, the makers unveiled the gripping trailer of the film.

The clip shows Samantha as the surrogate mother, who comes to know about a medical racket. Despite being in an unfavorable situation, she manages to uncover the culprits with courage. The trailer further shows a little romance between her and Unni Mukundan.

Going by the report of the Ministry of Health, Nayanthara and Vignesh Shivan have filed all the required legal documents under the ICMR rules. The committee further revealed that the embryo for the twins was formed in August 2020, when commercial surrogacy was legal in the country.

Aditi Rao Hydari and Siddharth are the new couples in town. On Aditi Rao Hydari's 36th birthday a couple of days ago, the actor and her rumored boyfriend Siddharth penned a lovely note for her on Instagram, along with an unseen photo of the lovebirds. "Happy Happy Happy Birthday Princess of Heart @aditiraohydari I pray all your dreams. The big ones, the small ones. And the ones yet unseen. Always come true, always for you. Have the best trip around the sun yet. P.S- growing up is for squares. Don't!" 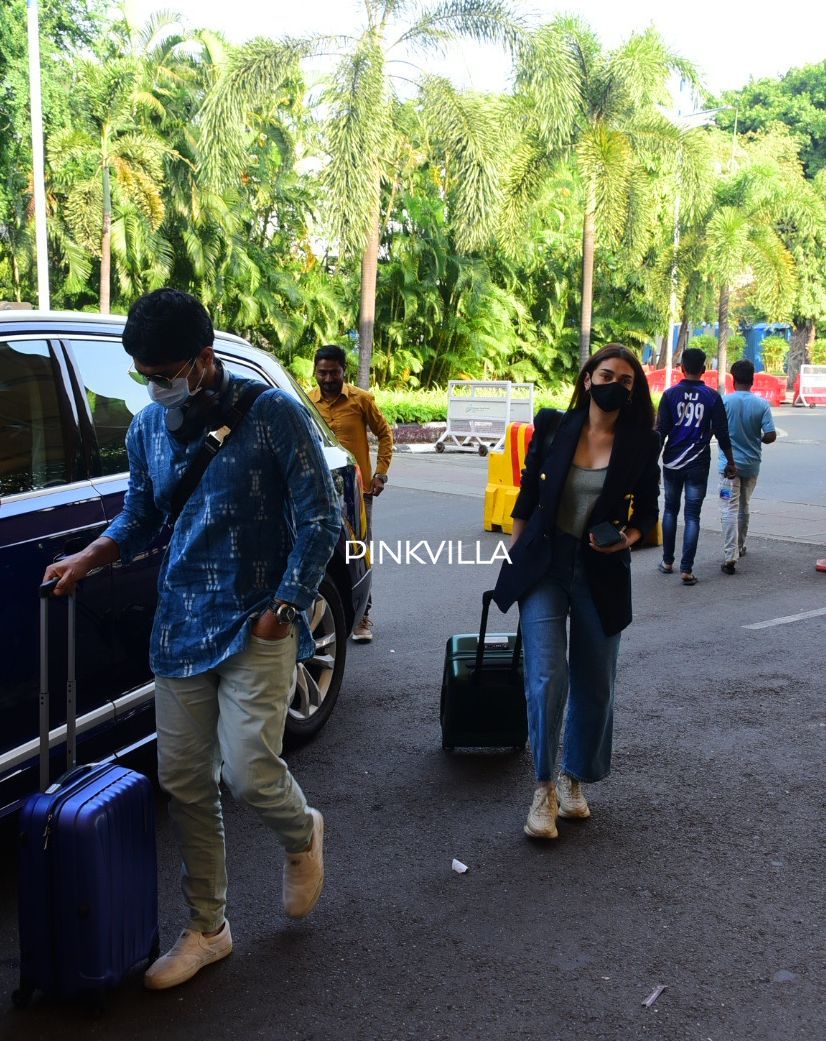 Here were the top headlines of the week from the South film industry, stay tuned for more.