Superstar Krishna Health Update: Mahesh Babu's father is critical and on a ventilator

Doctors have shared an update on Mahesh Babu's father and veteran actor Krishna's health. Check out the details.

Superstar Krishna Health Update: Mahesh Babu's father is critical and on a ventilator Mahesh Babu's father and legendary actor Krishna was hospitalized in the Continental Hospital in Hyderabad yesterday on 13th November. He was rushed to the hospital after suffering a cardiac arrest. Now, the doctors have informed that he is critical and on a ventilator. However, they are providing him with the best medical care possible.

The doctors were quoted saying, "Midnight, he came in an emergency to the hospital in an unconscious state. We have done CPR for cardiac arrest, then we shifted to ICU and he is stable right now. Doctors and a team of cardiologists are regularly following his health. As of now, we can't say what the outcome will be. We are providing the best treatment. In the next 24 hours, we will get better information about his health." 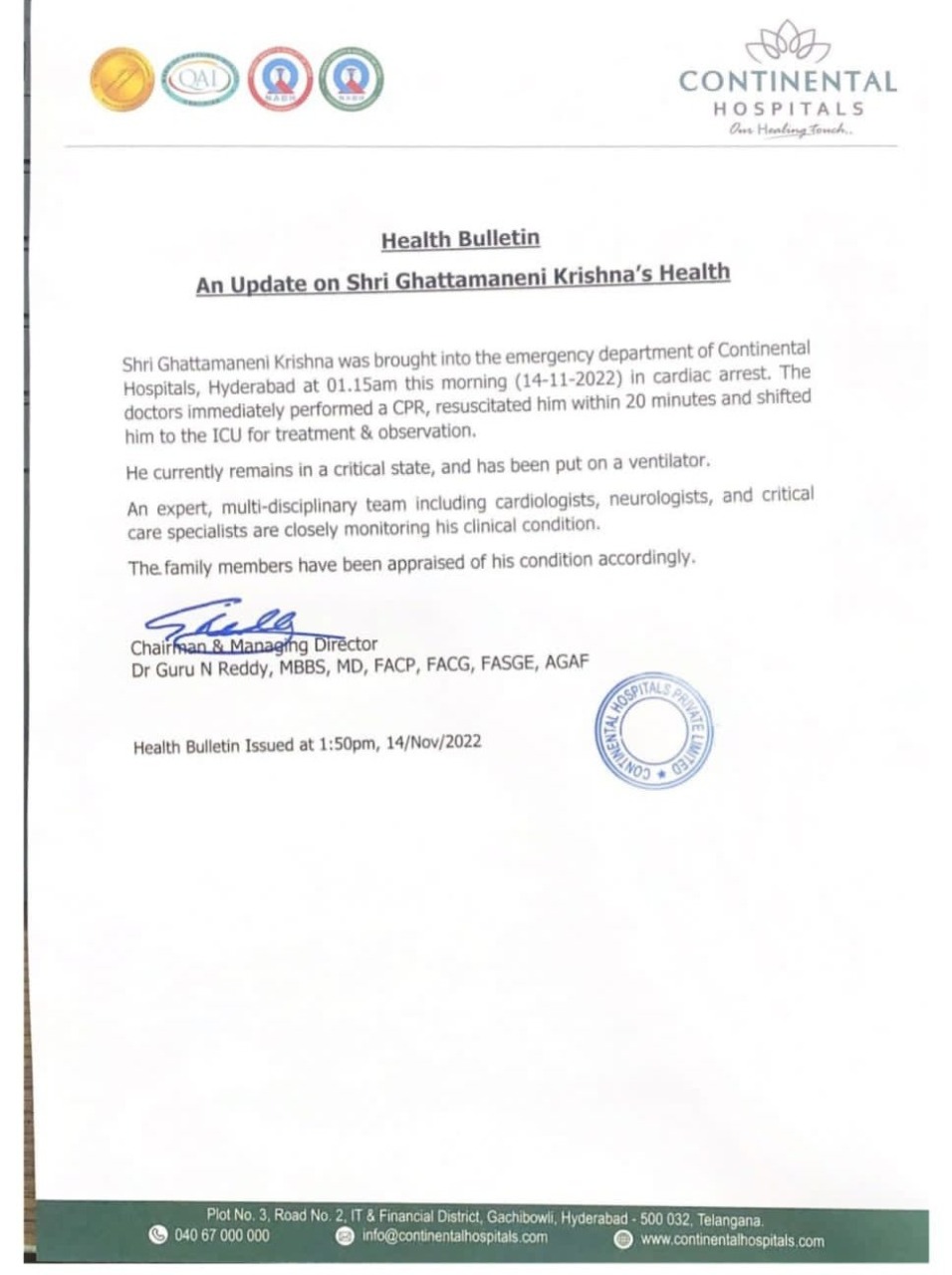 Divulging further details about when Krishna was hospitalized, the doctor said, "Around 12:30, he came to the hospital. We didn't waste any time and give him the best treatment for cardiac arrest. We can't say anything for the next 24-48 hours. Let the doctors do our work and give his family privacy. We will update you with every information."

For the unversed, his current wife and ex-spouse, Vijaya Nirmala and Indira Devi passed away in the last two years. In addition to this, his older son Ramesh Babu also left for a heavenly abode after succumbing to a prolonged illness on 8th January this year.

Mahesh Babu is believed to be very close to his father Krishna and considers him to be his biggest inspiration to become an actor. The father and son duo have shared screen space in around 25 movies including Needa, Anna Thammudu, Gudachari 117, and Poratam, to name a few. The superstar worked as a child artist in these films.