Suriya 42: Disha Patani shares a glimpse from sets as she begins shoot in Goa: 'Home for month'

According to sources, Disha Patani will shoot with Suriya in this schedule and it will go on for about a month in Goa. Suriya's upcoming film with director Siva, tentatively titled Suriya 42, features Bollywood actress Disha Patani as the female lead. The film marks her debut in Kollywood. Now, the actress has joined the sets for shoot in Goa. She has begun shooting for the periodic film and it will go on for a month in Goa. The actress also shared glimpses from the sets on her Instagram handle.

Disha Patani took to her Instagram story and shared glimpses from the sets as she began shooting with Suriya in Goa. According to sources, this schedule will go on for about a month in Goa, where massive sets have been erected. Suriya, the leading man is said to be playing a warrior in the film, which is being made in 3D format. However, nothing has been revealed about Disha’s role, so far. 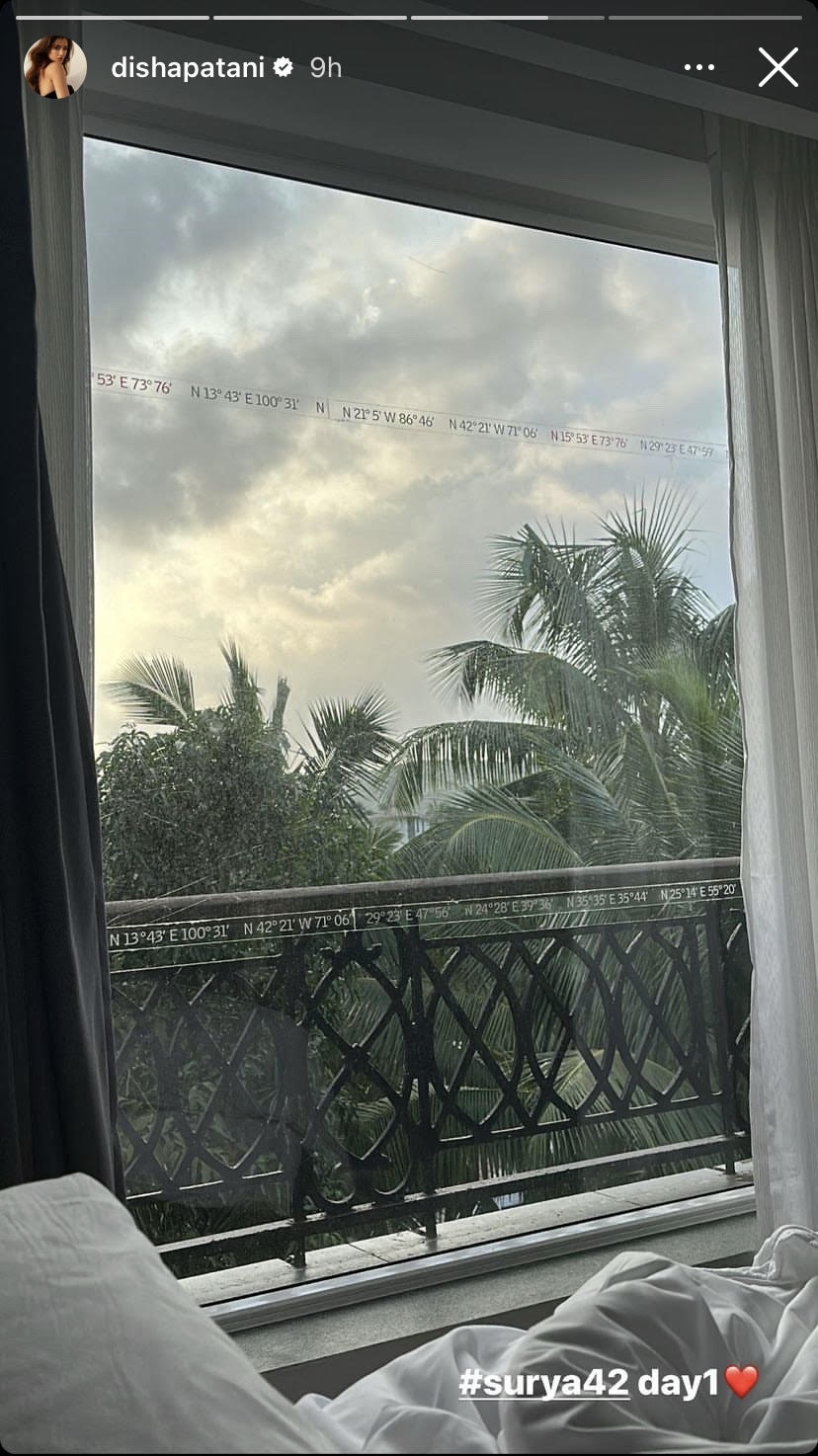 The actress opened up about the Suriya starrer and said she is super excited about the pan-Indian film. “I am super kicked to announce my next with Suriya sir and Siva sir. It feels great to be a part of such a huge project that has got all the larger-than-life elements for the audience to experience on the big screen. Moreover, the character that I am playing is also quite unique and I am also excited to bring my never seen before avatar to the audience."

A few days ago, the motion poster of the film was unveiled and hints at a periodic action with goosebumps-worthy background music and war visuals. The makers also announced that the film will be a 3D film and will release in 10 languages. Yogi Babu, Redin Kingsley, Kovai Sarala, and Anand Rah will be seen in supporting roles. UV Creations is bankrolling the pan-Indian project and Devi Sri Prasad is the music composer. Suriya reaches Delhi with Jyothika to receive the ...