Tamannaah Bhatia proves she is a glamour queen as she gets spotted in the city in silver dress; PICS Tamannaah Bhatia was spotted in Mumbai at a studio. The actress went for a glamorous look as she opted for the silver dress and made heads turn. She rounded off the look with subtle makeup with no accessories at all. The stunner added a touch of comfy to the glam look with white sneakers

Tamannaah Bhatia is an absolute fashionista. The actor keeps slaying fashion goals like a pro with her fashion diaries. Be it an ethnic ensemble or slaying the casual chic look or decking up in a pantsuit and looking like a million bucks in the glamorous attire, Tamannaah can do it all and more. The actress yet again managed to steal our attention with this stunning look, which only she can pull off with ease. 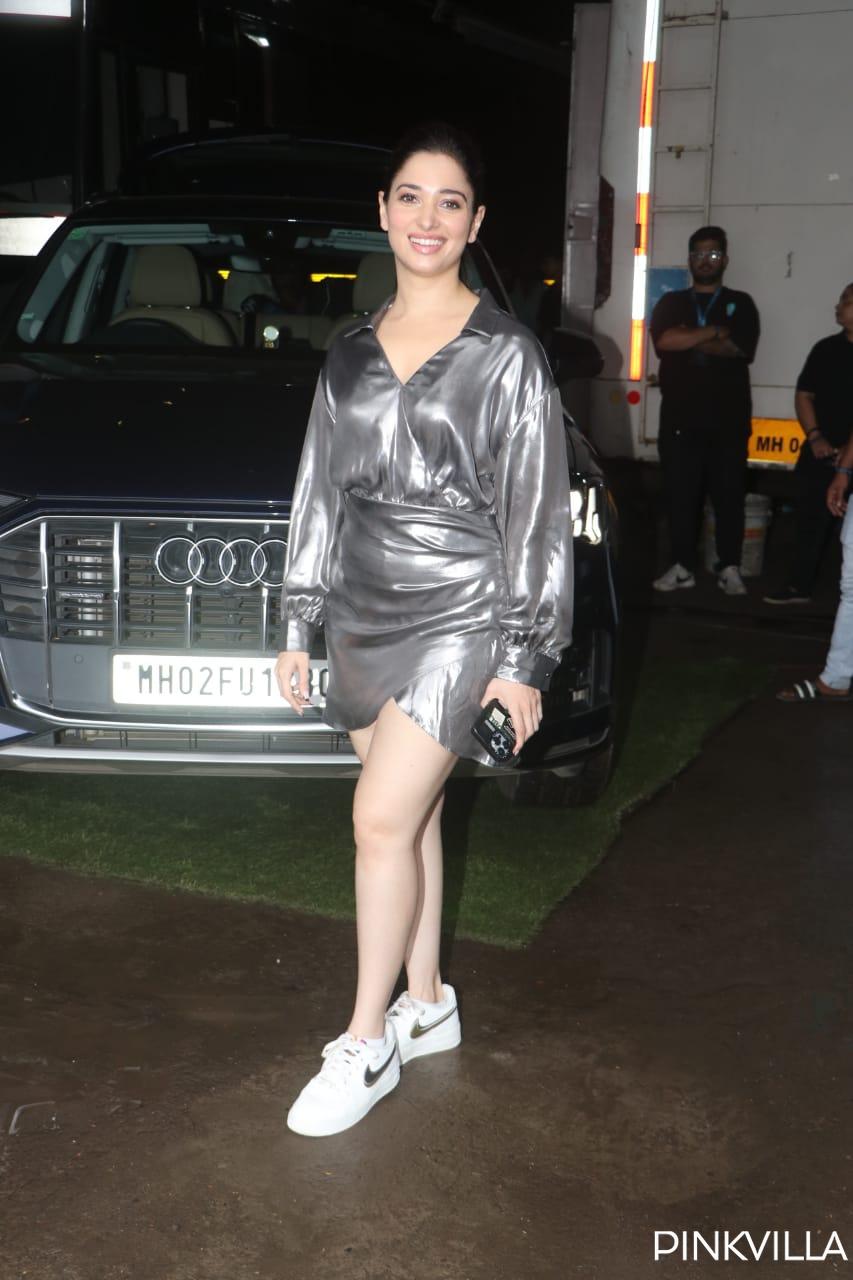 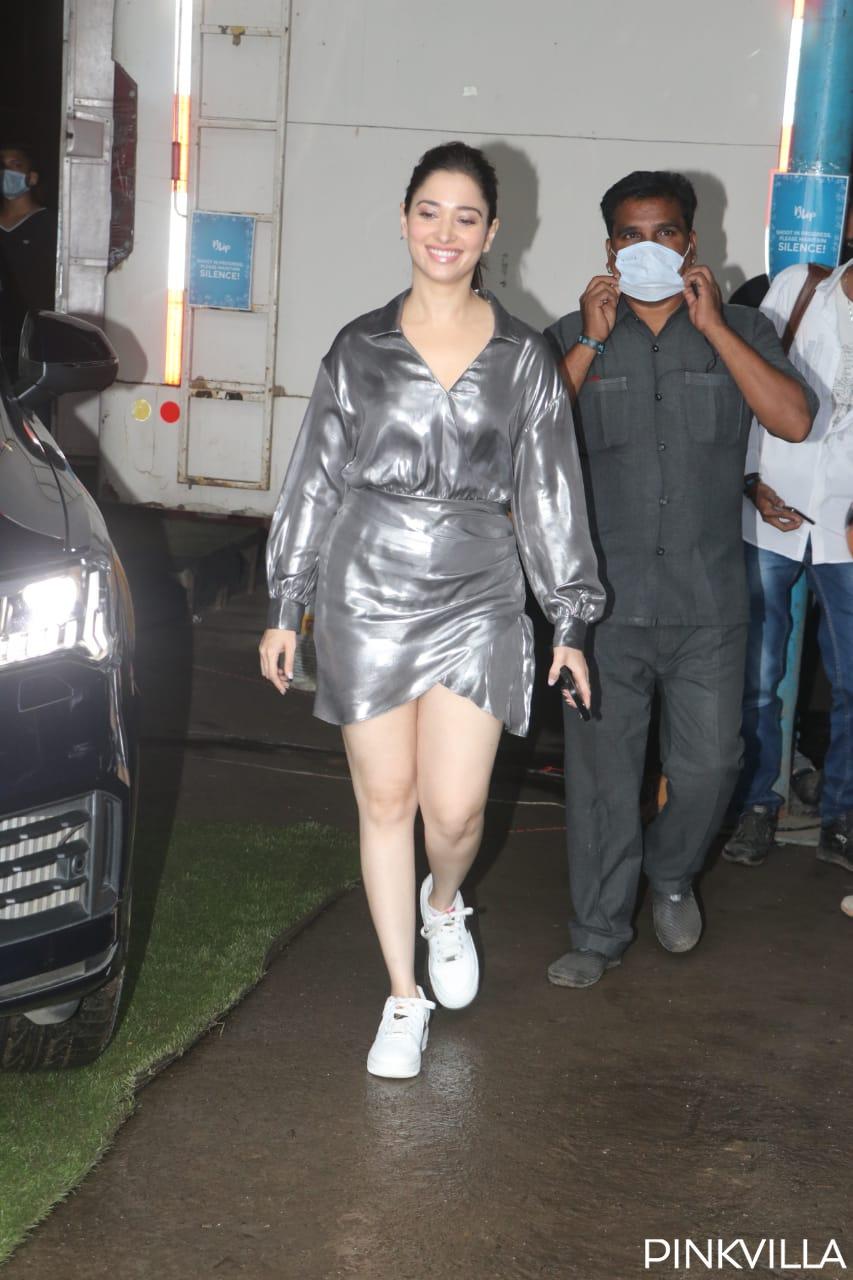 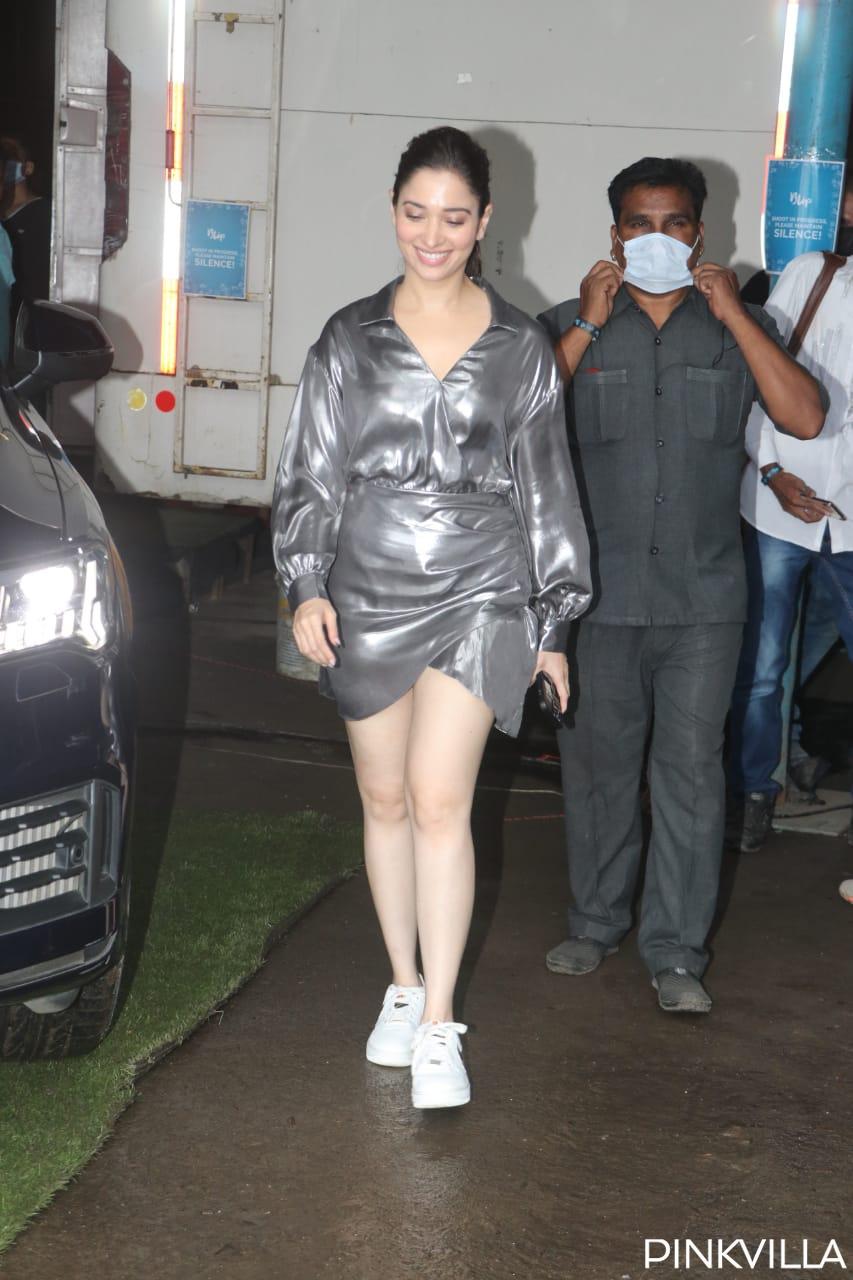 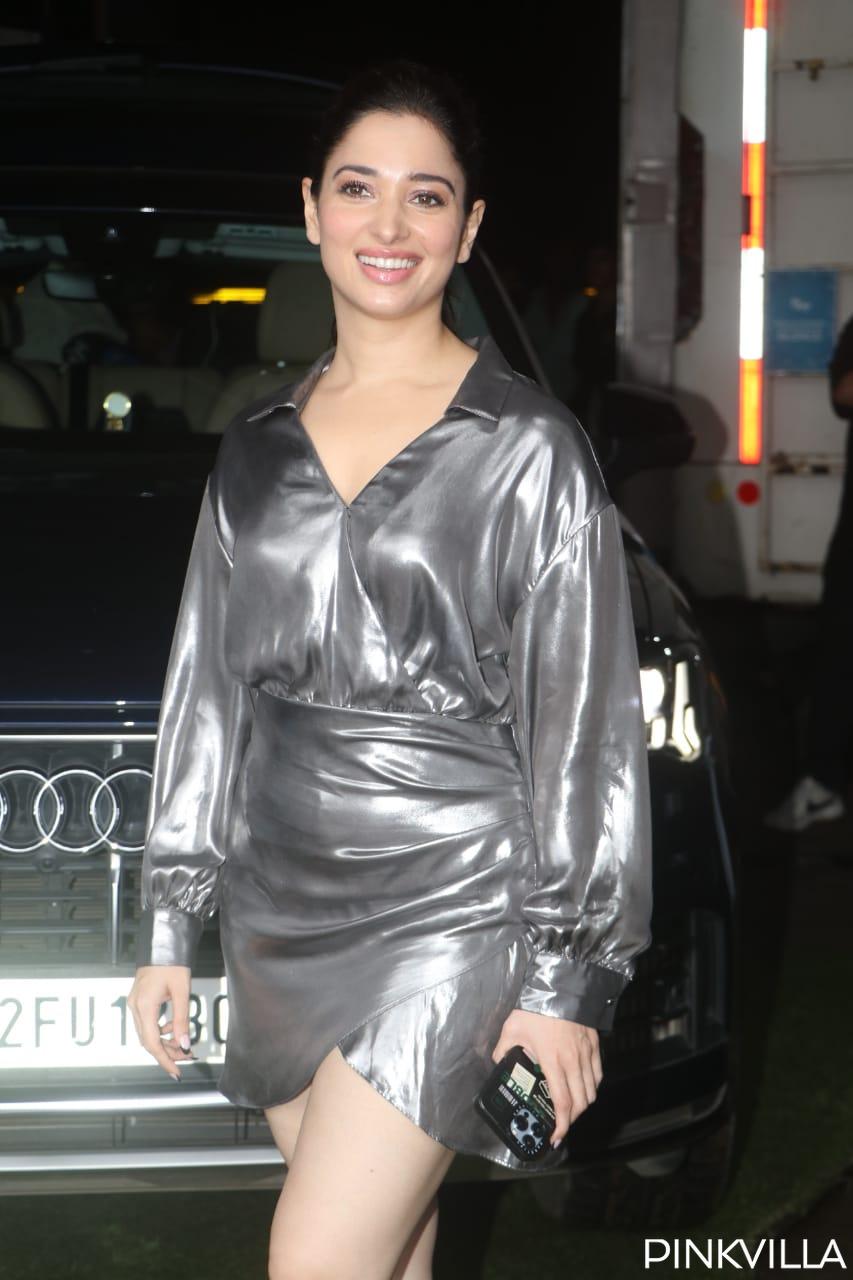 Meanwhile, on the work front, Tamannaah Bhatia is waiting for the release of her upcoming Bollywood film Babli Bouncer. The film is a coming-of-age feel-good story with a slice-of-life comedic tone set in the real ‘bouncer town’ of North India – Asola Fatepur. Babli Bouncer is slated to release on 23rd September 2022 on Disney+ Hotstar in Hindi, Tamil, and Telugu.

In South, She is also waiting for the release of her upcoming Telugu film Gurthunda Seethakalam on the 23rd of September. The actress is paired up opposite Satya Dev in the romantic film. Made under the direction of Nagasekhar, Gurthunda Seethakalam is an official Telugu remake of the Kannada film Love Mocktail. The stunner also hinted at a special dance number with Chiranjeevi in Godfather.

Also Read: Shriya Saran gives an insight into her birthday celebration with family in Maldives; Check out

A day ago, Tamannaah Bhatia announced her Mollywood debut with actor Dileep with an upcoming film, tentatively titled D147. It is directed by Arun Gopy and bankrolled by Vinayaka Ajith. D147 is written by Udaykrishna.