Tamannaah Bhatia opts for black joggers set as she gets clicked at Mumbai airport with her mom; PICS

Tamannaah Bhatia was recently papped by the shutterbugs at the Mumbai airport along with her mother. The fans look forward to seeing their beloved stars' airport looks. The latest celeb to shell fashion goals with her off-duty look is Tamannaah Bhatia. The F3 actress was captured by the paparazzi at the Mumbai airport last night, as she walked hand-in-hand with her mother. The Baahubali star opted for a comfortable black joggers set, along with matching shades, a white handbag, and white sneakers. Accompanying her, her mother donned a pink top with grey lowers.

Today is a big day for Tamannaah Bhatia as not one, but two movies of the actress are releasing in the cinema halls. These include Madhur Bhandarkar's Hindi project, Babli Bouncer, and the romantic Telugu drama Gurthunda Seethakalam. Satya Dev shares screen space with her in the latter. Made under the direction of Nagasekhar, the project follows the life of a middle-aged software employee, played by SatyaDev,  who is on a quest to find true love. The drama is an official Telugu remake of the Kannada film Love Mocktail, which starred Darling Krishna and Milana Nagaraj in the lead. Bankrolled by Bhavana Ravi, Nagasekhar, and Ramarao Chintapalli, the film's cast has Megha Akash and Kavya Shetty in key roles, along with others. 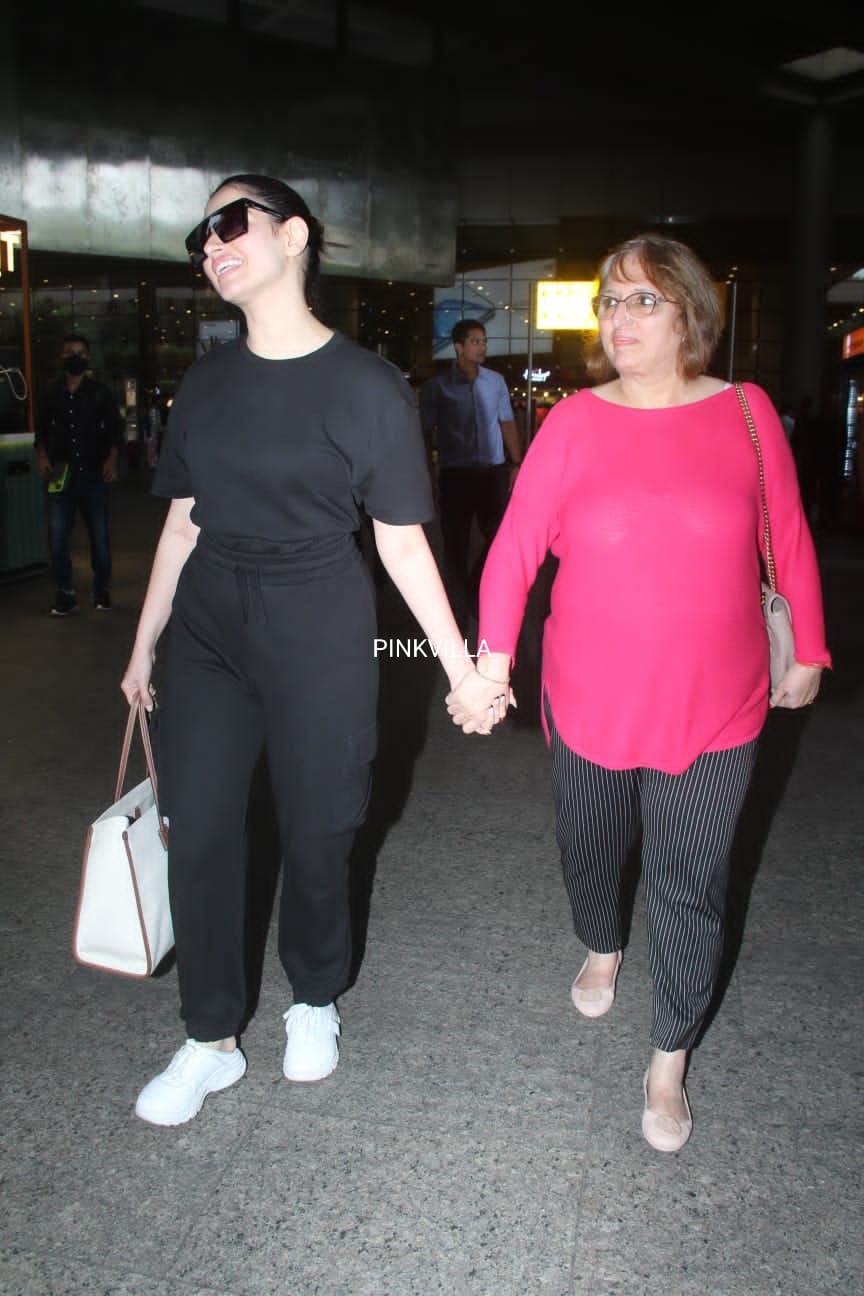 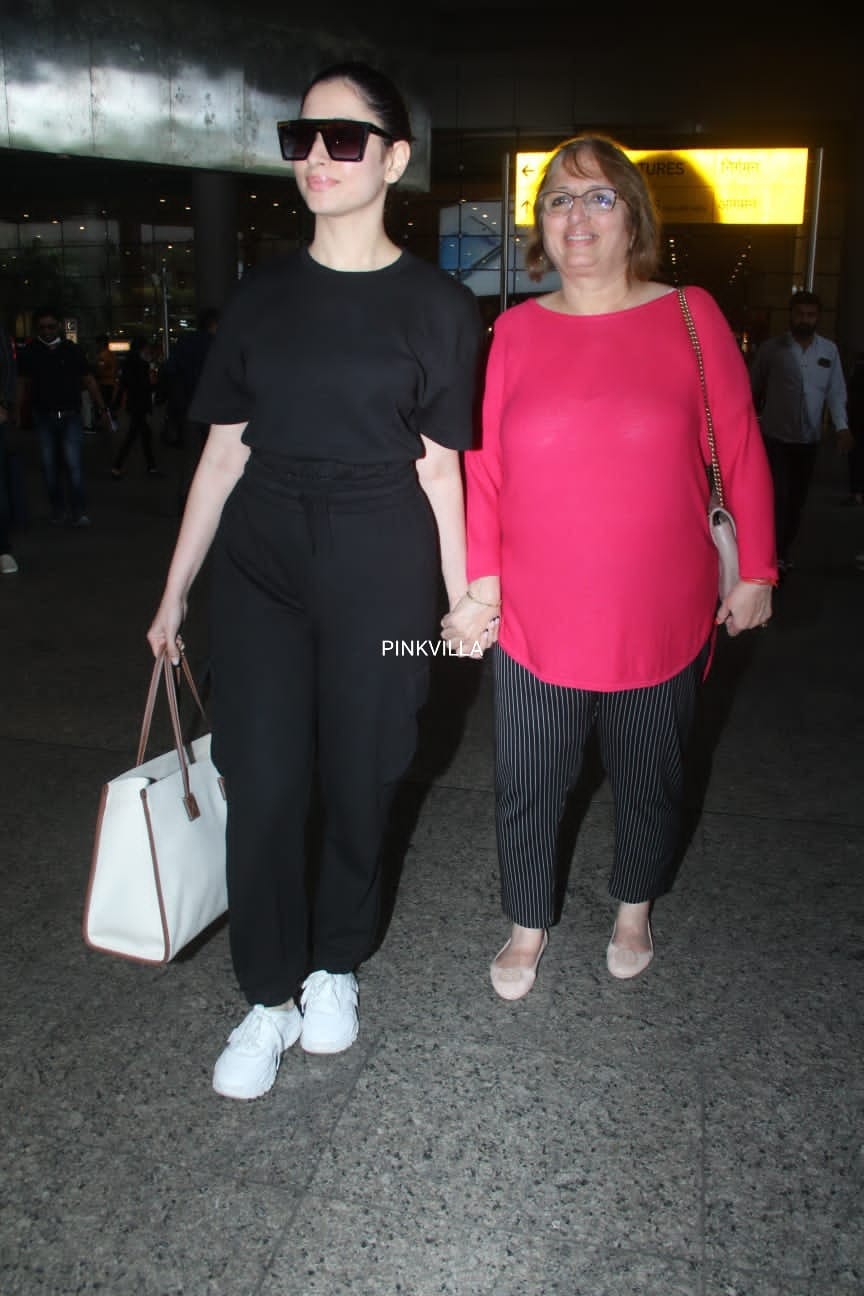 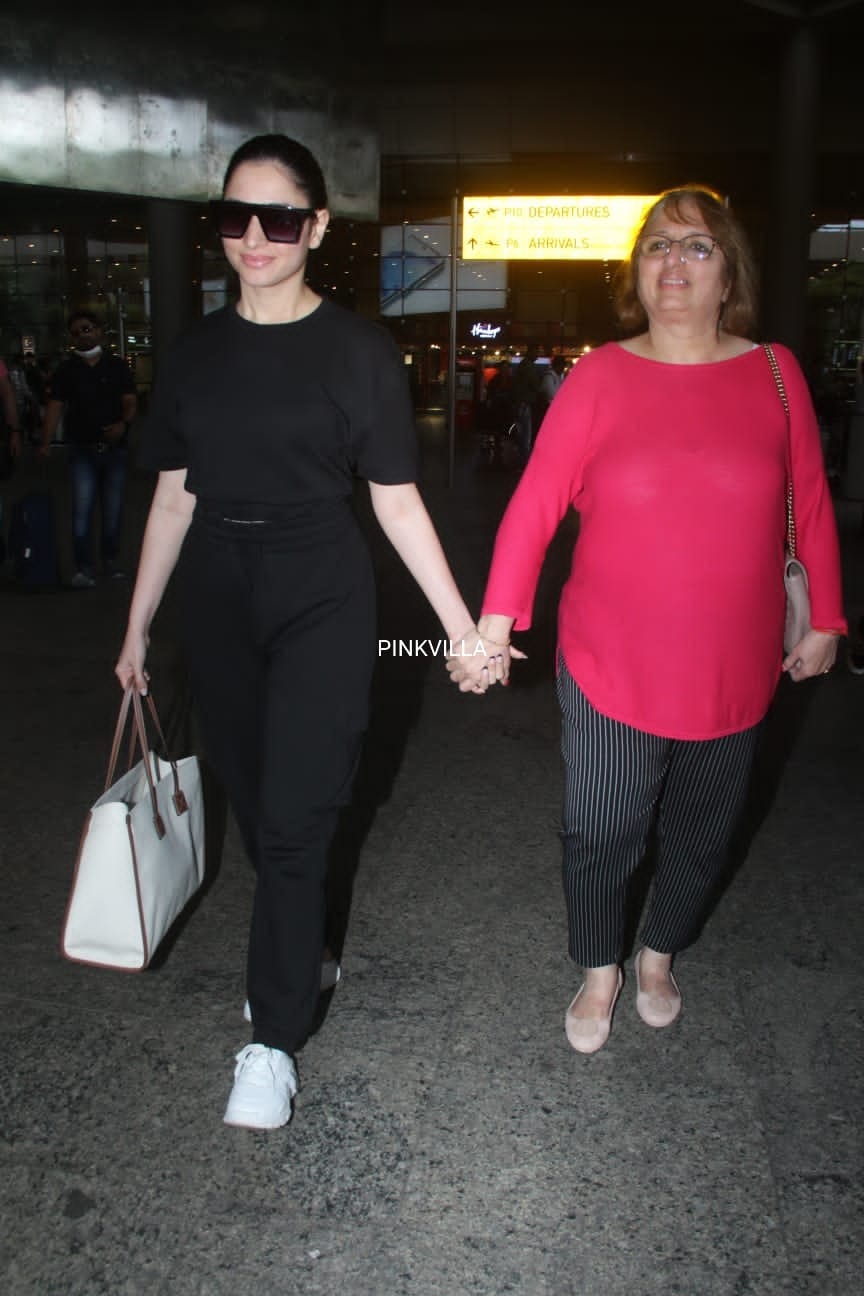 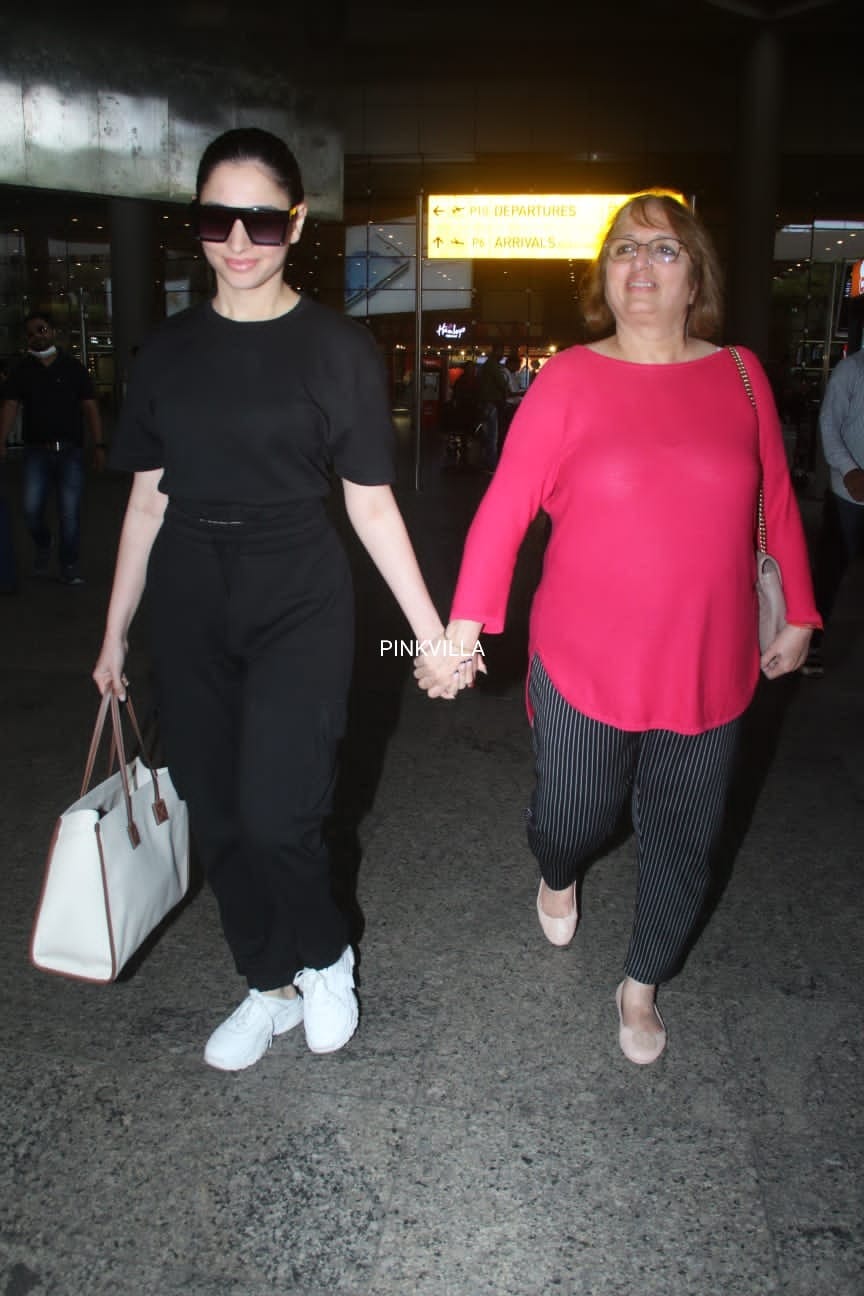 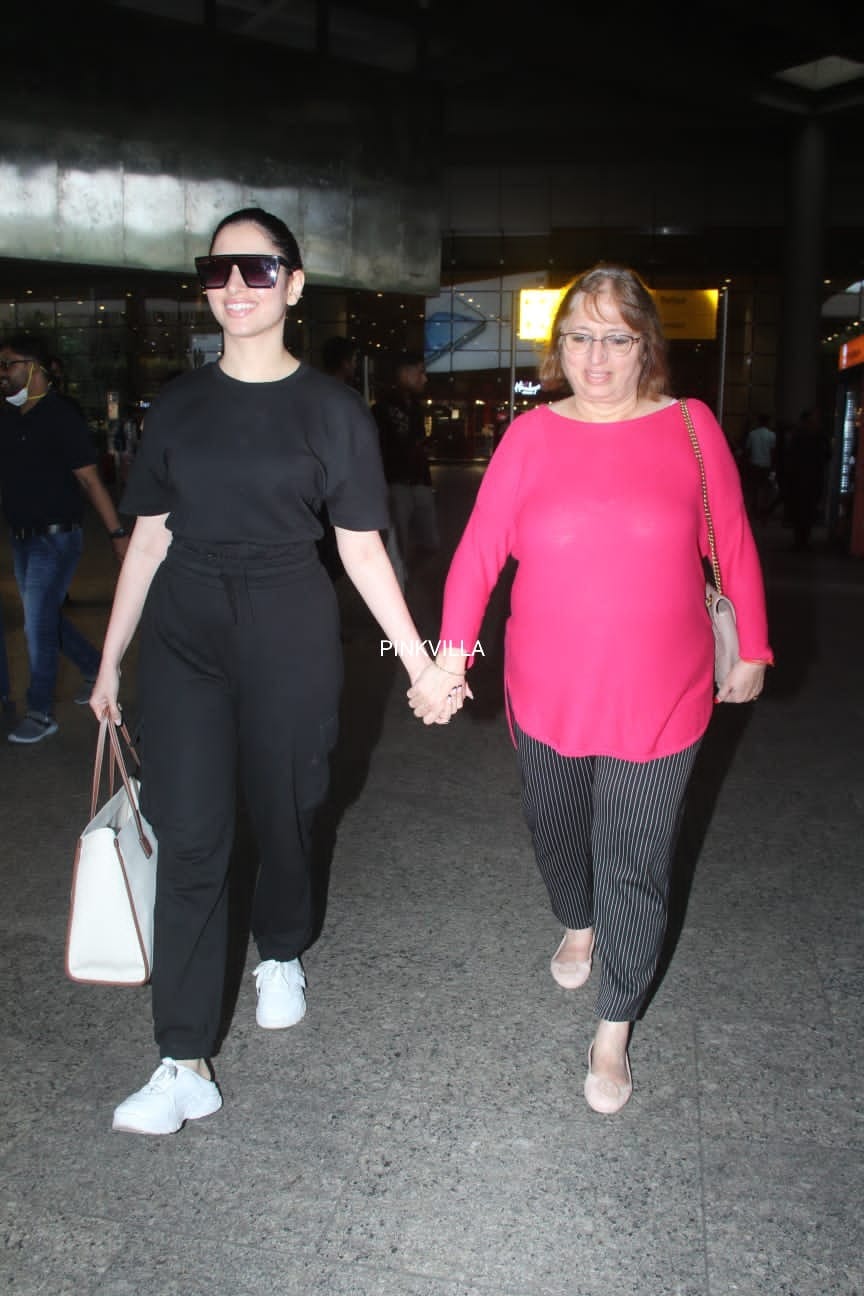 Now, coming to Babli Bouncer, during an exclusive interview witM Pinkvilla,  Madhur Bhandarkar divulged that Baahubali was the only work of Tamannaah Bhatia he had seen before casting her in the movie. Reacting to this, the actress said, “There happens to be an interesting word in my life. I am Miss B, and then there was Baahubali and now it’s Babli.”

Additionally, she is reported to perform a special dance number along with Megastar Chiranjeevi in the political thriller, Godfather.