The highly anticipated official trailer of Thunivu, the upcoming Ajith Kumar starrer helmed by H Vinoth. Have a look at the 6 hits and misses from the film's first glimpse. The most-awaited official trailer of Thunivu, the upcoming action-packed entertainer which features Ajith Kumar in the lead role, is finally out. The promising trailer was revealed on the official YouTube channel of Zee Studios and the social media handles of the team members, on January 31, Saturday at 7 PM. From the trailer, it is evident that director H Vinoth and his team are set to treat the Ajith Kumar fans and cine-goers with a unique cinematic experience, this Pongal season.

The official trailer of Thunivu has confirmed that the H Vinoth directorial is a heist thriller, that depicts the cat-and-mouse chase between a group of robbers who rob a bank, the police force, and many others. Ajith Kumar is playing the head of the robbers gang, while Manju Warrier appeares as his crime partner. Samuthirakani appears in the role of DGP Dayalan, while Ajay essays the role of his associate who tries to nab the gang. However, towards the end of the trailer, leading man Ajith is seen in a 'Police' jacket, thus hinting that the film has many surprise elements to offer.

Watch the Thunivu trailer below:

Here are the 6 hits and misses that we noticed in the Thunivu trailer. Read on...

What a treat for Ajith Kumar's fans! The Thunivu trailer has brought out a new shade in Tamil cinema's stylish star, which he has hardly explored on celluloid. Most of Ajith Kumar's recent films have portrayed him as an honest, extremely efficient, and almost-stoic leading man. The fans and cine-goers were truly missing the 'Sassy' Ajith whom they have seen in films like Mankatha, terribly. However, from the Thunivu teaser, it is evident that director H Vinoth has pushed Ajith Kumar to be at his sassiest best. Also, the actor has made a mark with his absolute effortlessness in some of the scenes, which are surely going to set the silver screens on fire. And finally, Ajith's screen presence is unmatchable. 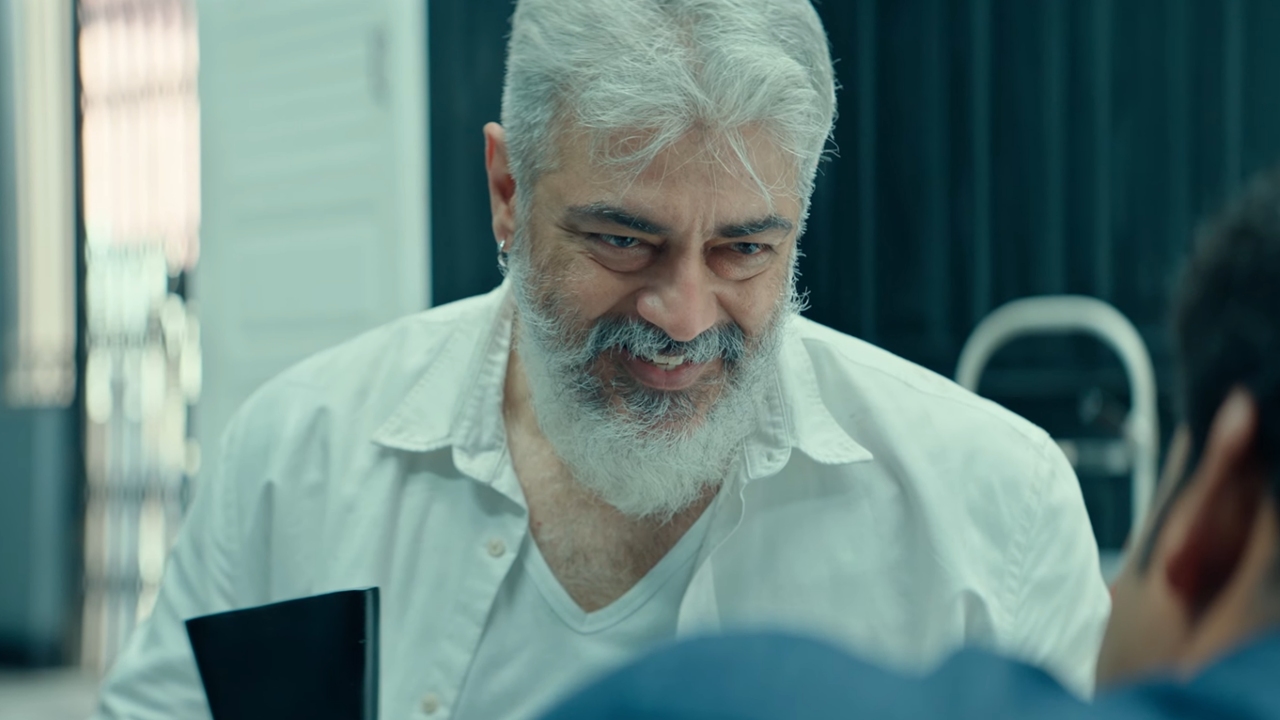 Ajith Kumar's scenes in the trailer are edited in a way that ends up looking like an intentional fourth-wall-breaking move. The actor, in a scene, tells others to not act like heroes, as it is solely his job. Well, it was not necessarily a bad move, but we feel it was clearly unnecessary. Especially because Ajith Kumar is one of the very rare actors who have said No to titles that call him a 'star' or even 'Thala' (leader), and stays away from his star status in every possible way. A fourth-wall-breaking scene might provide a temporary adrenaline rush to the fans, but the cine-goers don't necessarily need that kind of spoon-feeding.

3. The trailer that reveals too much (MISS)

Sadly, the filmmakers and their crew tend to give away a bit too much information about the film in the trailer, which clearly impacts the overall experience. When it comes to the Thunivu trailer, it was thoroughly intriguing and enjoyable until Ajith Kumar's look with a police jacket was revealed towards the end. We feel that this suspense factor should've been kept a secret, as the big reveal might have elevated the overall theatrical experience for the audience. 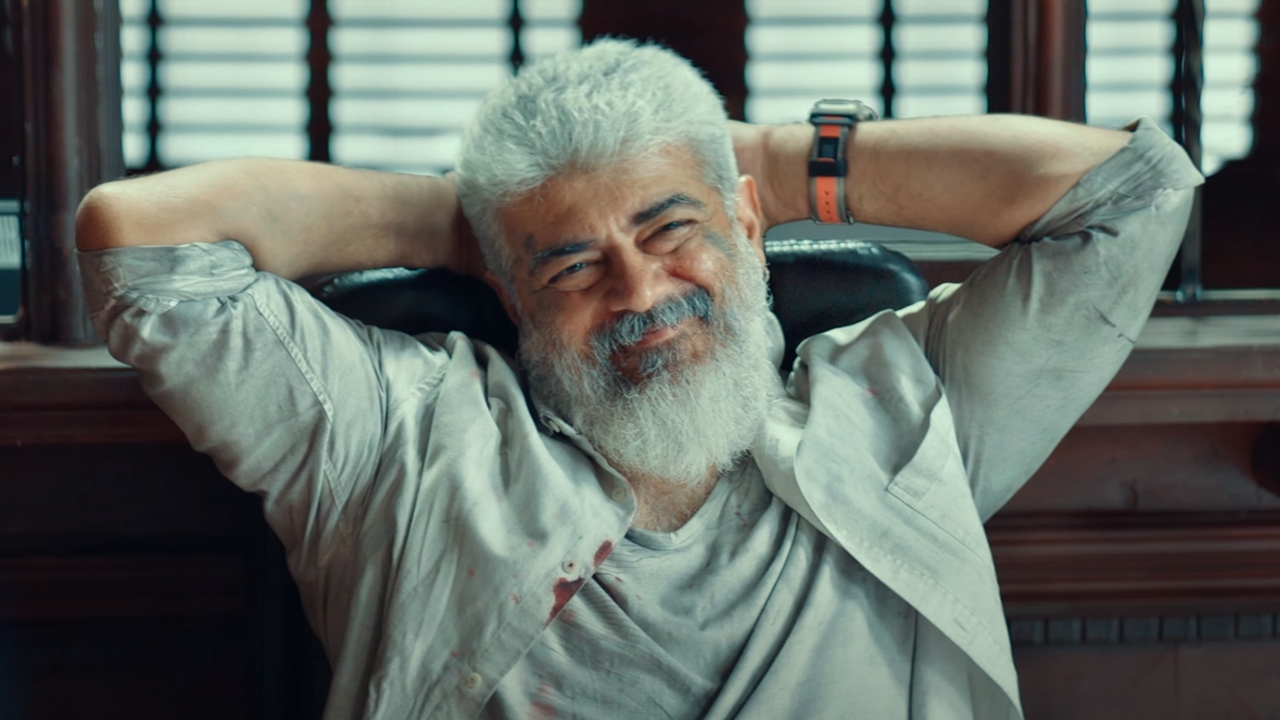 From the trailer, it is quite evident that the H Vinoth directorial will have some extremely well-choreographed action sequences which are going to be a treat for action cinema lovers. The glimpses of the important scene which features Ajith Kumar dancing as he shoots down his enemies, hint that Thunivu will have many scenes that will provide a major adrenaline rush.

Manju Warrier, the lady superstar of Malayalam cinema who plays the female lead in the film, is introduced with a scene in which she is seen firing with her guns. Later, the actress is seen performing many extraordinary stunt scenes, including a stunning machine gun scene. This is definitely a rare sight in the Tamil industry, where the heroines are still expected to play an overgrown child in mainstream films. 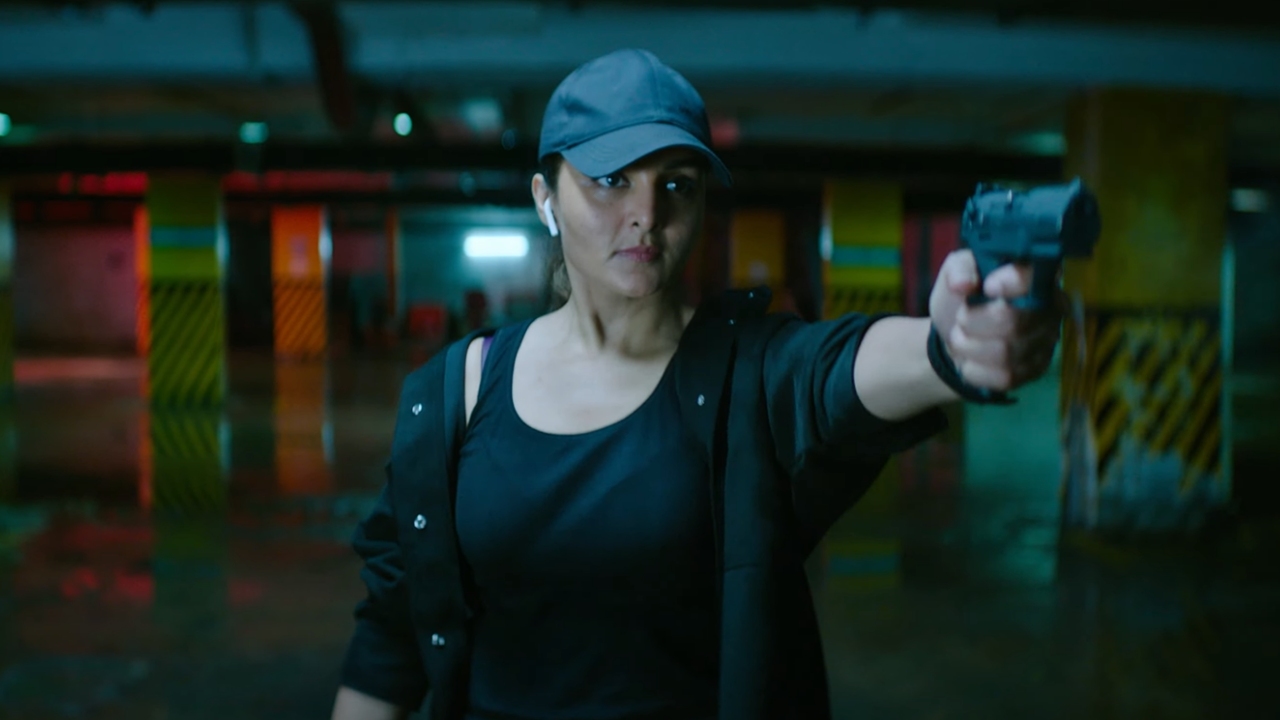 From the police investigation team head DGP Dayalan and his assistant Ramachandran to the business magnet played by John Kokken, most of the supporting characters seem very familiar. If you noticed, the Thunivu trailer has featured an honest bank employee who questions the grey-shaded protagonist's actions, a corrupted minister, and almost every mandatory character we have seen in a big-budget action film that is based on a social issue. Also, the dialogue deliveries of some of the supporting characters looked almost caricaturish.

Thunivu gets a release date: 7 things to look forw...

Anonymous
Jan 01, 2023
I wish your reviews were in detail for movies like this one for a trailer. You are a joke PV.
0 REPLY

Anonymous
Jan 01, 2023
Shut up nobody cares about your review it was dope
0 REPLY
View more comments