We bring to you the top news from the world of South cinema today on 17th November, take a look. The South film fraternity keeps movie buffs hooked with its exciting updates. Today on November 17 as well, a lot of headlines were made in the world of South cinema. From Dhanush’s Vaathi's release date to Shiva Rajkumar's first look from Rajinikanth's Jailer, to Vadhandhi – The Fable of Velonie web series release date, a lot took place in a single day.

The fans of versatile actor Dhanush are waiting with bated breath for the release of his forthcoming Telugu-Tamil bilingual drama Sir/Vaathi. Now, the makers have announced the release date of his highly-anticipated movie. The project will release in the theatres on 17th February 2023. The announcement poster features Dhanush dressed in a blue formal shirt sitting on the stairs of a college surrounded by a group of students.

Financed by Suryadevara Naga Vamsi under the banner of Sithara Entertainments in association with Sai Soujanya of Fortune Four Cinemas, Srikara Studios is presenting the film. Conceptualized and helmed by filmmaker Venky Atluri, Samyuktha Menon is the female lead of Vaathi. Additionally, Sai Kumar, Tanikella Bharani, Samuthirakani, Thotapalli Madhu, Narra Srinivas, Pammi Sai, Hyper Aadhi, Shara, Aadukalam Naren, Ilavarasu, Motta Rajendran, Hareesh Peradi and Praveena are also playing crucial roles in the film. While the shooting of the film has been wrapped up, it is presently in the post-production stage. 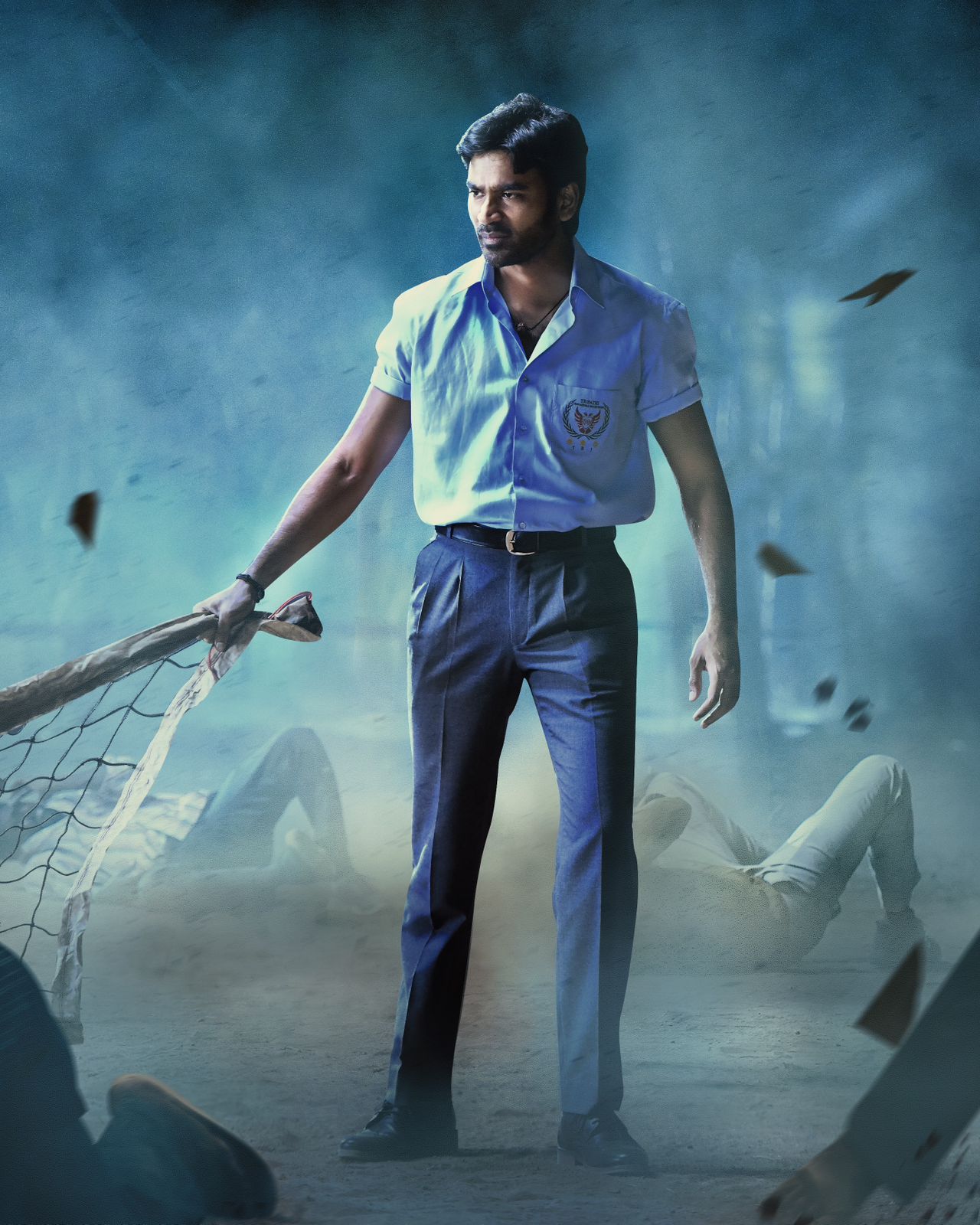 As superstar Rajinikanth is working on his next with director Nelson Dilipkumar titled Jailer, Shiva Rajkumar will also be seen as the antagonist in the film. Today, the makers unveiled the actor's first look from the drama. The photo shows him donning an intense look, seated while thinking about something.

Jailer also stars Ramya Krishnan, Vasanth Ravi, Yogi Babu, and Vinayakan in important roles, along with others. It’s expected to release in cinemas by the summer of 2023.

After the success of Suzhal – The Vortex, another web series, Vadhandhi – The Fable of Velonie is gearing up to entertain the fans. Directed by Andrew Louis, the eight-episode thriller will also be released in multiple languages including Hindi, Telugu, Malayalam, and Kannada on 2nd December this year. The show will revolve around Velonie, played by debutante, Sanjana, whose story is full of rumors. A determined cop, played by S.J. Suryah, finds himself caught in the middle of her lies.

Pushkar and Gayatri, the creative producers of the series were quoted saying, “We continue to super-serve the growing appetite of our audiences with authentic, rooted, and diverse stories and are thrilled to bring to them, Vadhandhi – The Fable of Velonie,” said Aparna Purohit, Head of India Originals, Prime Video. “Following the overwhelming response to Suzhal – The Vortex, we believe that Vadhandhi – our second collaboration with Pushkar and Gayatri, further strengthens our regional content slate. This raw, atmospheric, and heartbreakingly gorgeous thriller has been skilfully written and directed by Andrew Louis. The extremely talented star cast has breathed life into this story with their powerful and spellbinding performances, which will keep audiences on the edge of their seats until the very end.” 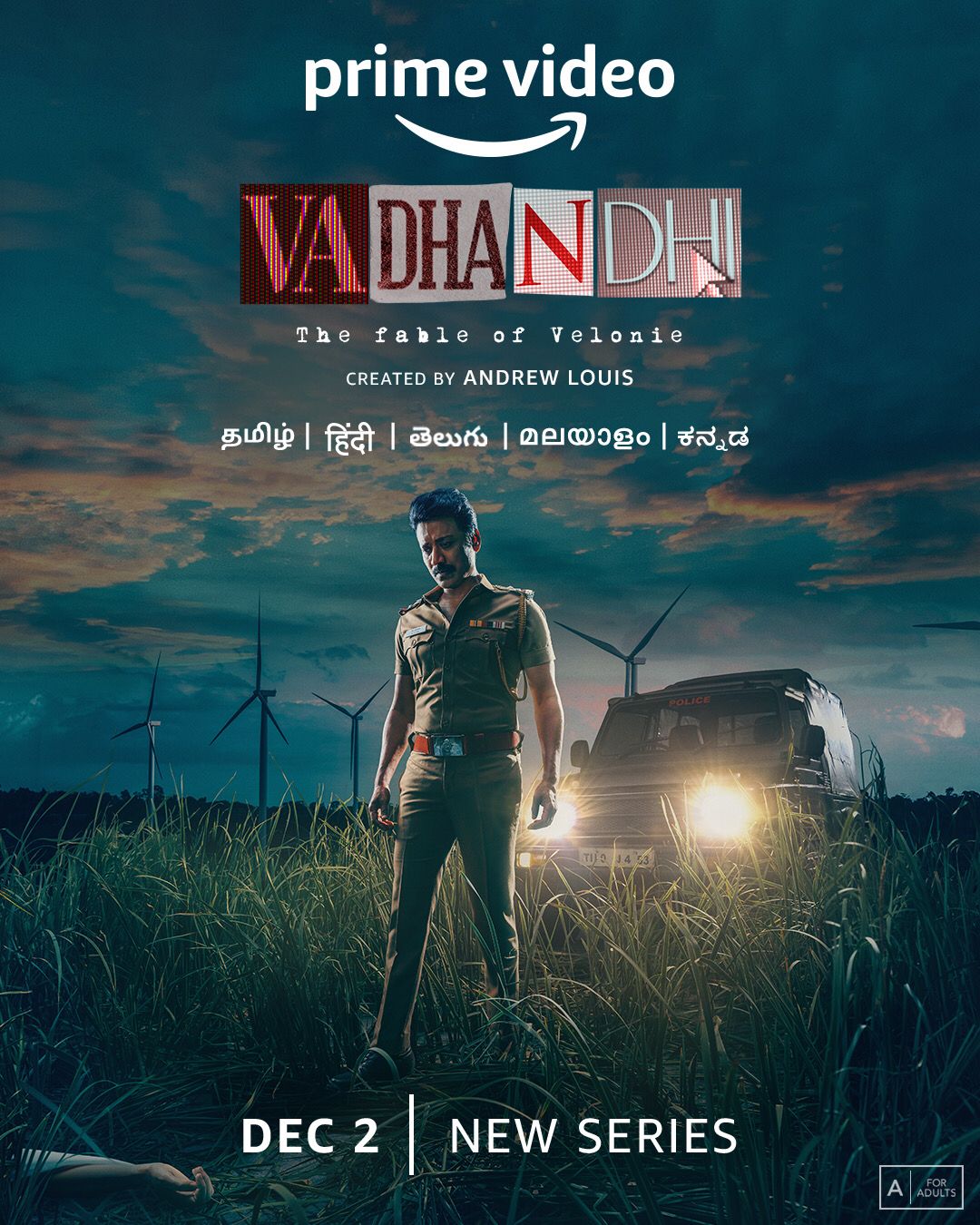 Thalapathy Vijay will once again grace the silver screens during Pongal 2023 with his family entertainer Varisu. Directed by Vamshi Paidipally, the shoot for the film is proceeding at a brisk pace. According to our sources, the Beast actor is filming a chartbuster song in Bellari at the moment, which is expected to wrap up by November 19.

A source close to the development revealed, “Right after calling it a wrap on the song shoot, Vijay and the entire team will be off to Hyderabad to shoot the action-packed climax of the film. It’s a 10-day shoot, and the entire climax block is said to be high on action and emotion. The entire cast, including, Rashmika, will be present in the climax shoot of the film. The film will be wrapped up by December 5." Here were the top updates from the world of South cinema today on 17th November. Stay tuned for more...