Sivakarthikeyan, the talented actor recently revealed the fun trailer of his highly anticipated film Prince. The movie, which is touted to be a romantic comedy, revolves around the love story of a Tamil youngster and a British girl. The promising trailer of Prince has raised expectations over the film, which is helmed by Anudeep KV. The romantic comedy is also simultaneously getting released in Telugu, thus marking leading man Sivakarthikeyan’s first direct outing in Telugu. Recently, a grand pre-release event of the film was held in Hyderabad, in the presence of the popular actor Vijay Deverakonda.

The Liger actor joined Sivakarthikeyan and the rest of the team members, for the Prince pre-release event which was held on October 18, Tuesday. The grand event was held in Hyderabad, in the presence of a massive crowd. In the pictures from the event, Vijay Deverakonda is seen having a great time with the Prince team. The pan Indian star looked handsome in a black silk kurta, which he paired with a matching printed jacket and dhoti. Sivakarthikeyan, the leading man of Prince, looked dapper in the black and white formals. 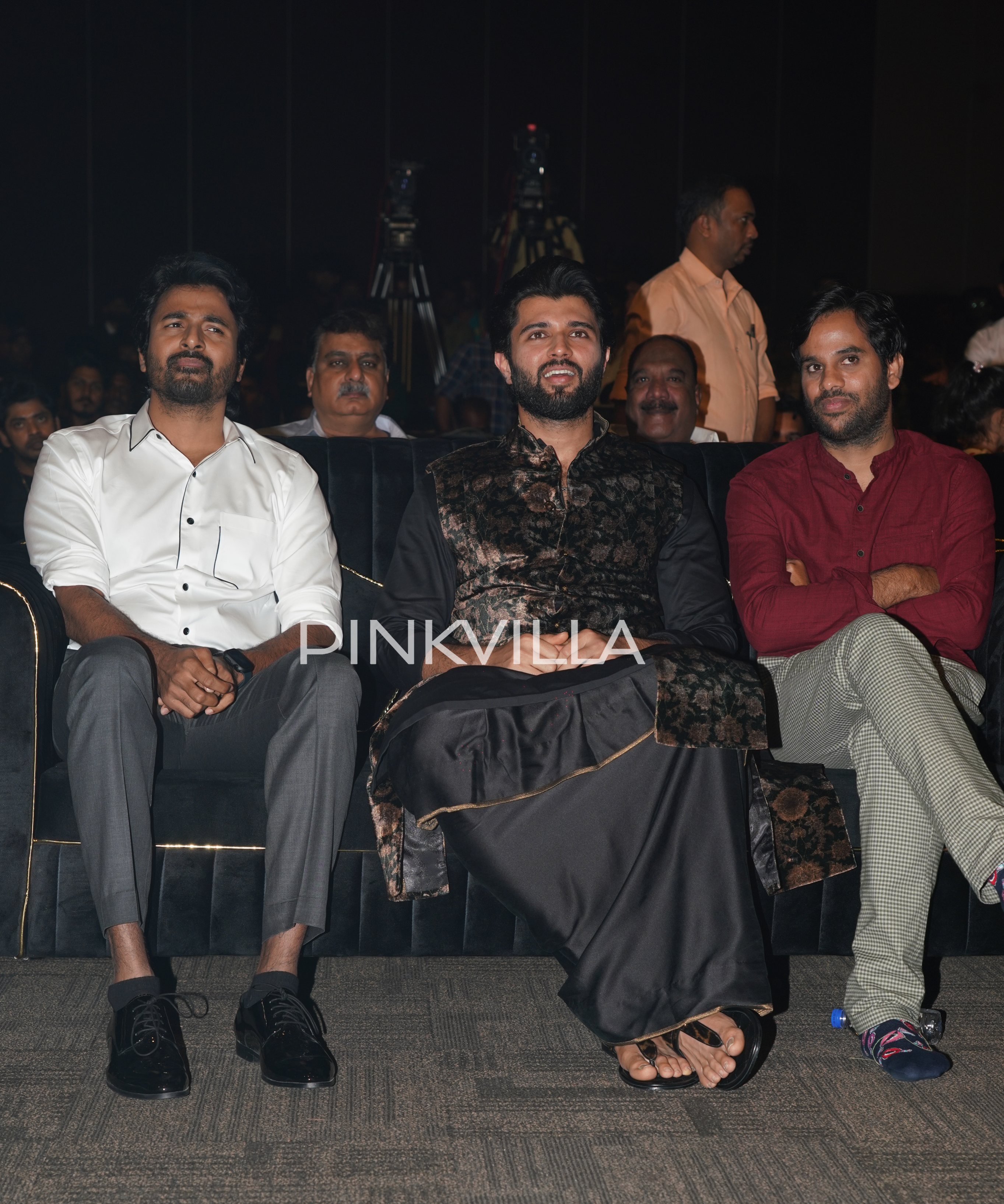 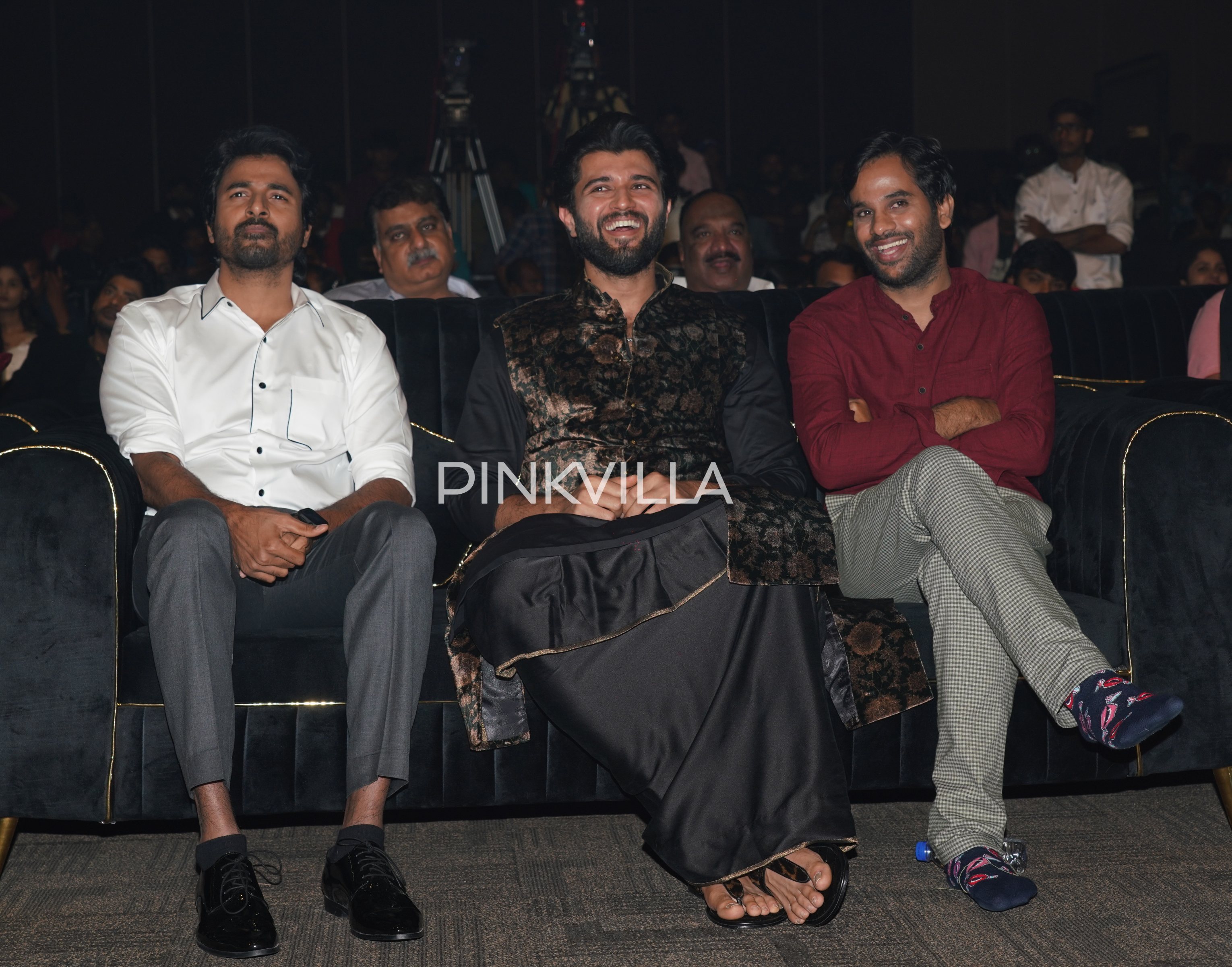 The Anudeep KV directorial features Sivakarthikeyan in the role of Anbu, a fun-loving school teacher who is loved by the students, but disliked by his colleagues. He falls in love with a British woman, who joins the school as a new faculty member. Newcomer Maria Riaboshapka is making her debut in the Tamil film industry, as the female lead opposite Sivakarthikeyan in the film.

ALSO READ: Sivakarthikeyan keeps his OOTD cool and comfy as he arrives in Hyderabad