As a tentative picture from Thalapathy67's promo shoot makes it to social media, fans hope for an announcement soon. Thalapathy Vijay fans keep an eye out for every update on the actor's upcoming films. After Varisu, the celebrated actor will collaborate with director Lokesh Kanagaraj for a project tentatively titled Thalapathy67. Recently, a monochrome picture of the protagonist posing with the team is doing rounds on social media. It is believed that this is a glimpse from the movie's promo shoot. If this turns out to be true, we can expect an exciting update on the venture shortly.

Many exciting reports surrounding the untitled project are doing rounds and one of them suggests that Thalapathy Vijay will be seen as a gangster from the 40s in his next. According to reports, Bollywood hunk Sanjay Dutt will be making his Kollywood debut with the film. He is most likely to be seen as the lead antagonist in the movie. Other actors who are expected to be a part of the cast are Vishal, Mahendra Dhoni, and Gautham Vasudev Menon, along with others. 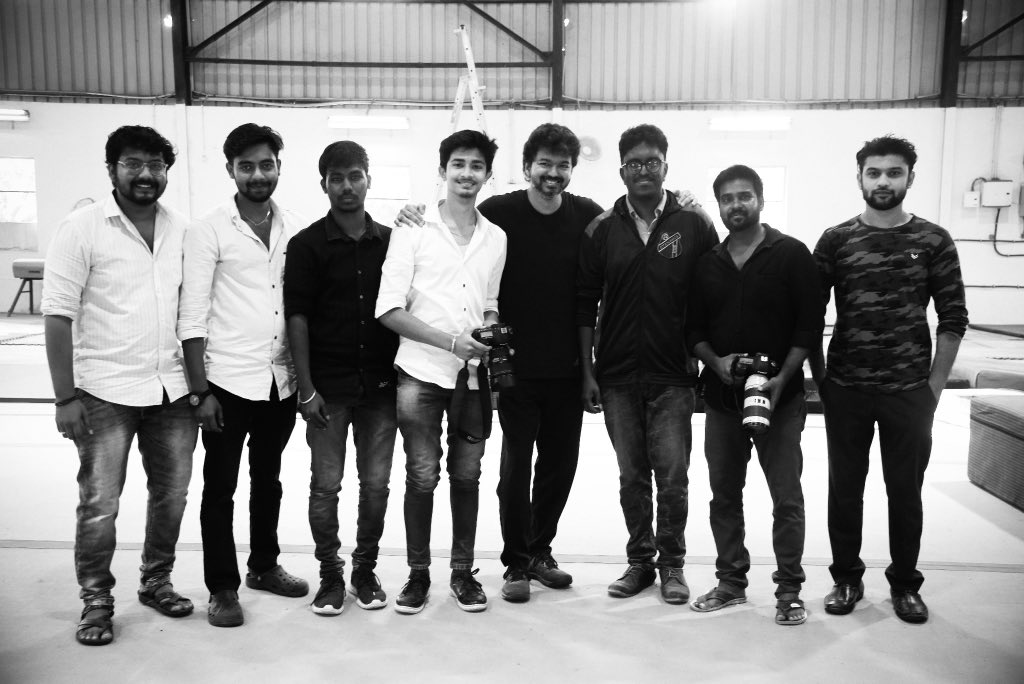 Meanwhile, Pinkvilla recently learned that Thalapathy Vijay will start shooting for the film by January next year. A source close to the development revealed, “Lokesh Kanagaraj has finalised the script and has begun pre-production work on Thalapathy 67. A major portion of the movie will be shot in Kashmir, recce for which was done recently. The initial plan was to shoot the film in Munnar, but they have now zeroed down on Kashmir. Don’t be surprised if they start with a small schedule a bit earlier too."

It is further reported, Thalapathy67 will be a part of the Lokesh Cinematic Universe (LCU). As per reports, Lokesh Kanagarja has written the characters in a way so that he can include them in LCU. Kathi's popular character Dilli, and Kamal Haasan's character Vikram from his blockbuster hits Kaithi and Vikram respectively might also make an appearance in the film.

Thalapathy 67: 7 major revelations made by directo...