Besides being one of the biggest actors, Allu Arjun, as we all know, is a great father too. Allu Arjun's daughter Arha is indeed a bundle of cuteness and her latest viral photo is proof. She is as popular as her superstar father on social media. Arha, who turned 6 recently, has kickstarted dubbing for her debut film, Shaakuntalam starring Samantha Ruth Prabhu. Besides being one of the biggest actors, Allu Arjun, as we all know, is a great father too and is always excited to see his kids Allu Ayaan and Allu Arha excel in everything they do.

As a proud father and seeing Arha following his footsteps, the Pushpa star shared a picture of his daughter from the dubbing studio and drew a heart on it. Allu Arha had already been following her father's footsteps of being a stylish star kid and now, she adds another feather to her cap. Her acting debut marks the entry of the fourth generation of the Allu family in Indian cinema. In the Shaakuntalam trailer, Arha can be seen as Prince Bharata riding on a lion and is the highlight of the 2:50 clip.

Written and directed by Gunasekhar, the upcoming film is presented by Dil Raju under Sri Venkateswara Creations in collaboration with Gunaa Teamworks, and Produced by Neelima Guna. Shaakuntalam has music by Mani Sharma and is set to release worldwide on February 17th, 2023, and also in 3D.

In an exclusive chat with Pinkvilla post the release of Pushpa: The Rise, Allu Arjun reacted to daughter Arha's acting debut. "I don't know how to react till I watch her on-screen. I have seen the rushes on the monitor, but till you watch the whole film on-screen with the music and dubbing and stuff then I have to see how I feel. But it is cute as of now, definitely, it is very cute to see your child on the screen. I mean, it's cuter to me because she's my own child. But I hope people can relate to that cuteness," said AA. 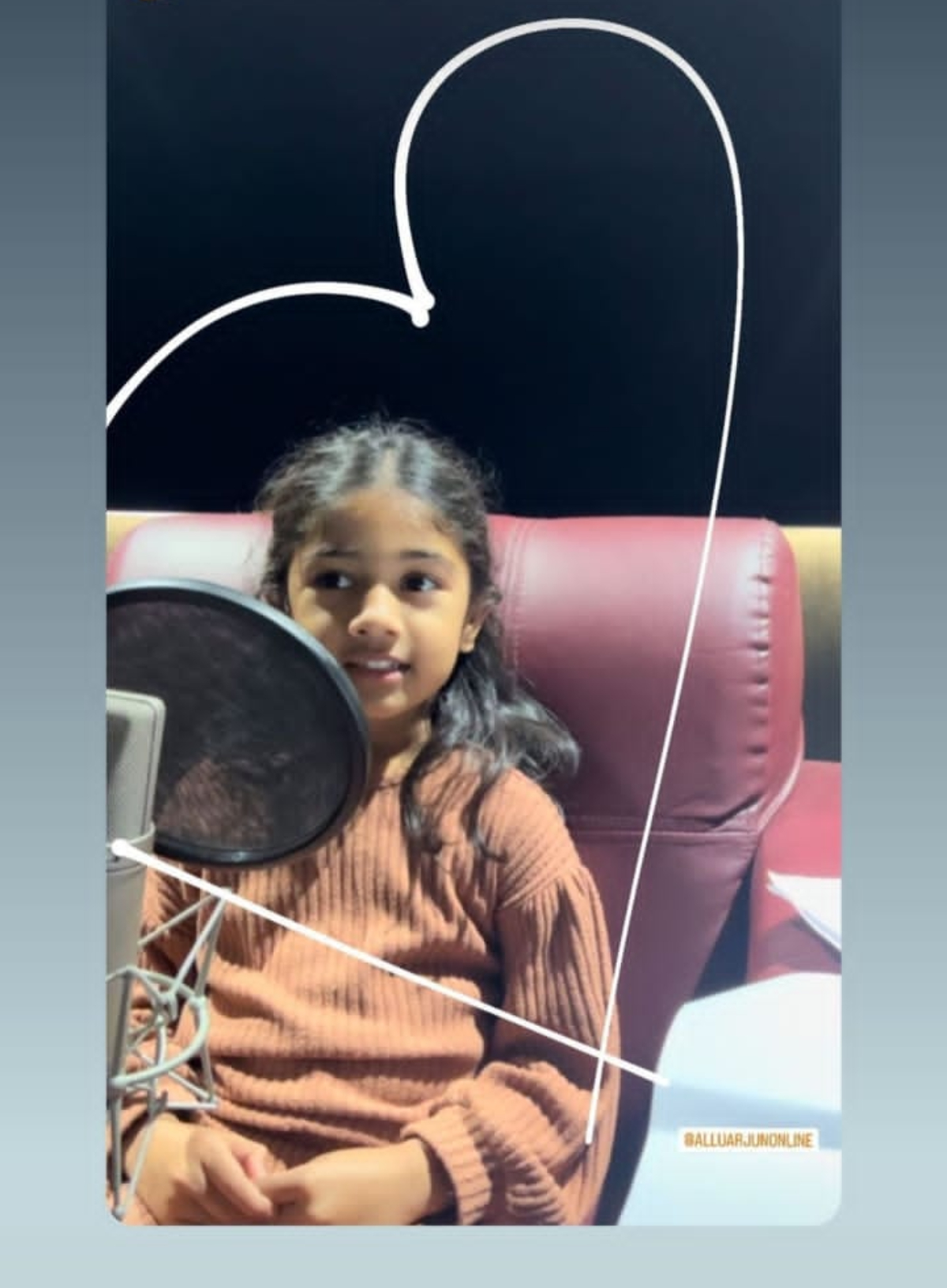 Meanwhile, Allu Arjun is set to kickstart the second schedule of Pushpa: The Rule also called Pushpa 2 in Vizag from tomorrow, Jan 19. According to our sources, AA will be shooting a few important scenes for the film but they are not action sequences. Written and directed by Sukumar, Pushpa 2 makers are planning to release the film in early 2024.

"Sukumar's perfection will lead delay in the film's release. He doesn't want to rush to complete the shoot and hence, the makers, for now, have decided to release Pushpa 2 somewhere in March-April 2024," revealed the source. From what we have heard, Allu Arjun's childhood and relationship with his father and half-siblings will be explored in Pushpa 2.

Allu Arjun's fans go berserk as he waves and blows...

Allu Arjun is full of swag and truly owns the semi...