Ayushmann Khurrana is one of the finest actors in Bollywood currently. All eyes are on him as he is geared up for the release of his film An Action Hero. All eyes are on Ayushmann Khurrana ever since he has announced his film An Action Hero. This film will see him in a changed avatar and he will be at loggerheads with Jaideep Ahlawat on-screen. The trailer of the film has already created a lot of buzz and the Vicky Donor star is leaving no stone unturned to promote his film. Talking about his style he often makes heads turn with his fashion game. The talented actor and singer stunned at the Vogue Forces of Fashion event at The Opera House as he looked extremely classy and elegant.

Ayushmann Khurrana wore an ensemble that is part of a very special collection - between a heritage luxury brand Gucci and an iconic streetwear brand Addidas which in turn is like bringing two worlds together and creating a whole different look! The suit had a cool classy vibe to it - and it resonated well for Ayushmann because he has that kind of personality that is experimental, elegant and subtle. He paired the suit with Gucci shoes and shades. The event was attended by the who's who of the fashion and film industry. Ayushmann has been going full throttle to promote his upcoming film, An Action Hero but made time to attend this evening's soiree in the city. 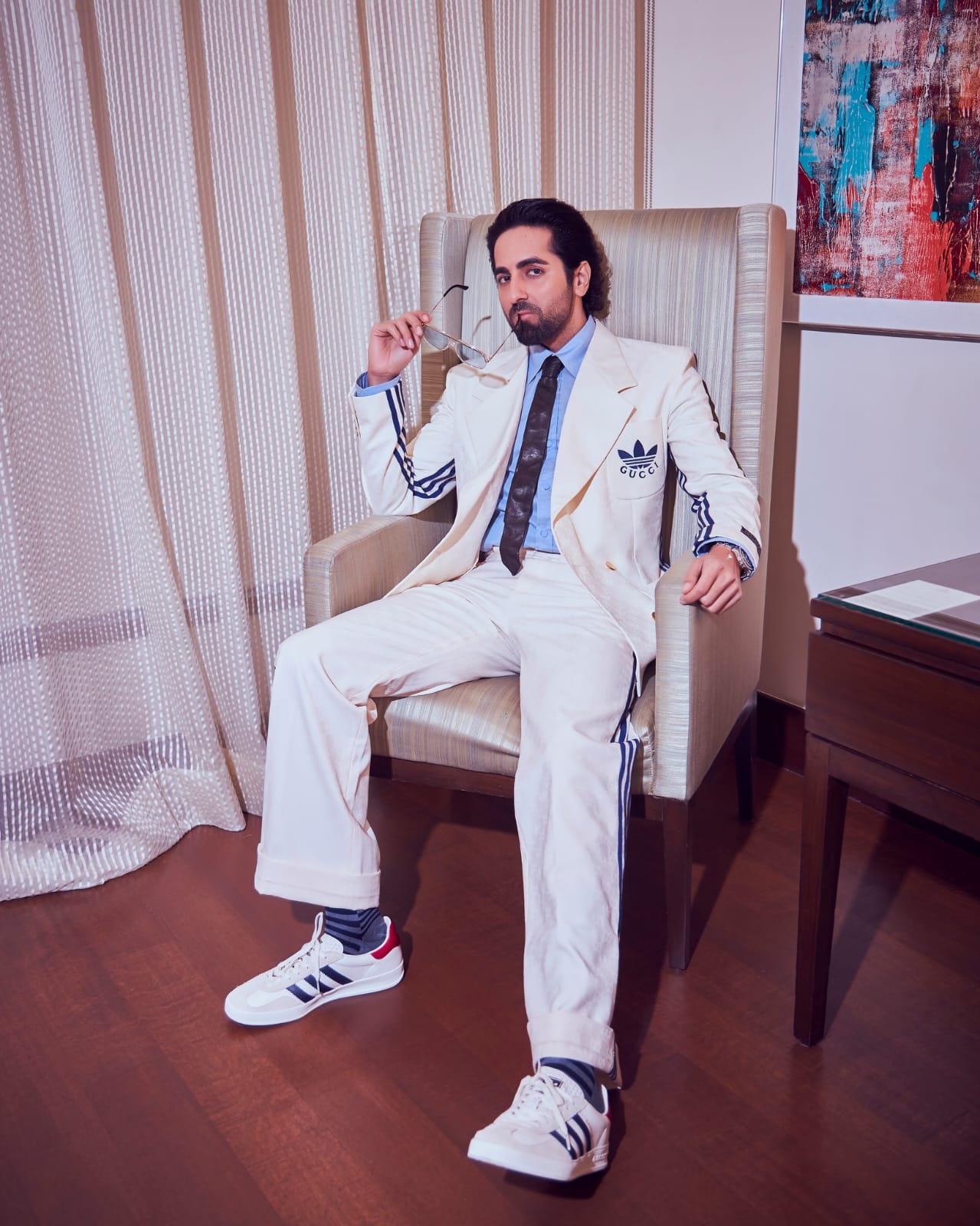 Directed by Anirudh Iyer and produced by Colour Yellow Productions and Tseries, An Action Hero is all set to release on December 2, 2022. As reported earlier, Akshay Kumar, the biggest action hero of Bollywood is reportedly making a cameo appearance in the Ayushmann Khurrana starrer. The makers have not revealed the female lead and the rest of the star cast of the highly anticipated project yet. An Action Hero is slated to hit the theatres on December 2, this year. The official teaser of the film is expected to be out in a few days.

ALSO READ: Ayushmann Khurrana confirms An Action Hero does not have a female lead; Drops an interesting update