The countdown for the release of the much-awaited film of 2023 Pathaan has begun. Today, after a long wait, the trailer of the film was released. The countdown for the release of the much-awaited film of 2023 Pathaan has begun. Today, after a long wait, the trailer of the film was released and we bet fans are already jumping with joy. Social media is buzzing with reviews about the film and fans cannot stop going gaga over it. The film starring SRK, Deepika Padukone and John Abraham is here to rock our worlds with the new action avatar of the stars. As we always say that Pathaan is not just a film but it is an emotion of several fans who are waiting with bated breaths to see SRK on the silver screen after almost 4 years. The chiseled body of King Khan had already become the talk of the town after the release of the song Besharam Rang. His female fans have been drooling over his packs since then and today after the trailer launch we bet everyone must have fallen a tad bit more in love with the star and his looks. Scroll down as we decode his several looks from the trailer below.

The boy next door look

Shah Rukh Khan’s screen presence is indeed one of the best things about Pathaan trailer. In this particular scene, we see Deepika Padukone and him coming face to face for the first time. His dreamy eyes will surely make your heart skip a beat. The long brown hair make the actor look killer. His messy hair over a plain black jacket paired with a black tee look fab. How can anyone resist that look? Well, Pathaan’s boy next door look is here to race your heartbeats. 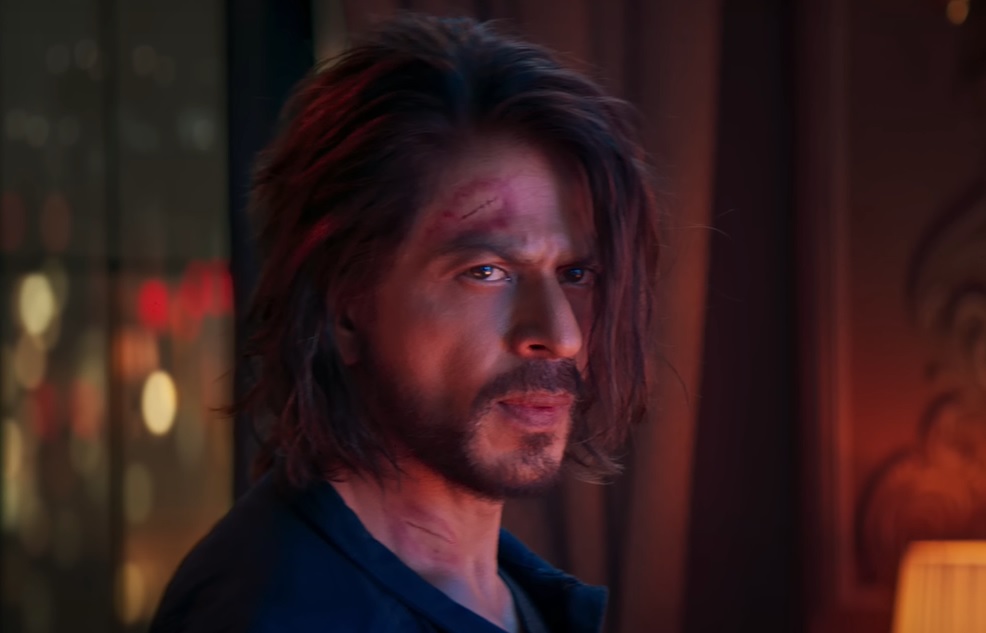 The ponytail look with that smile

How can that dimpled smile not pierce your heart and ring your heart bell? Blue really suits SRK, right? Well, an electric blue shirt with the front button open and that smile will surely rob your hearts. 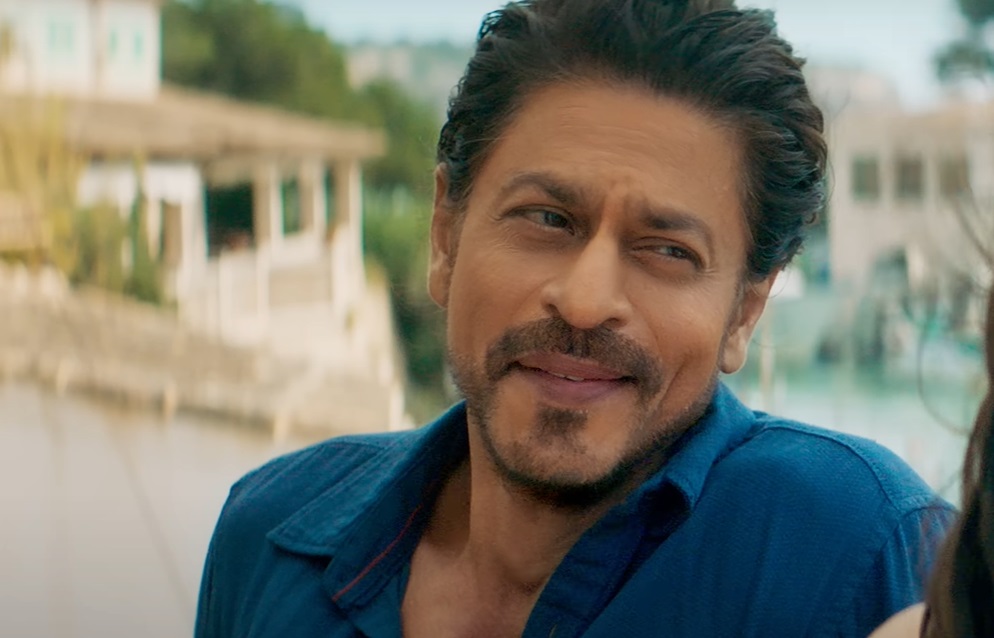 We are going to see a lot of Shah Rukh Khan performing action in Pathaan and we are getting to see a glimpse of the hardcore action in the trailer itself. In this particular scene, we can see Shah Rukh Khan giving a fighter look with an all-black attire. He is wearing a black tee over black cargo pants, black boots, black gloves, and looks sporty. 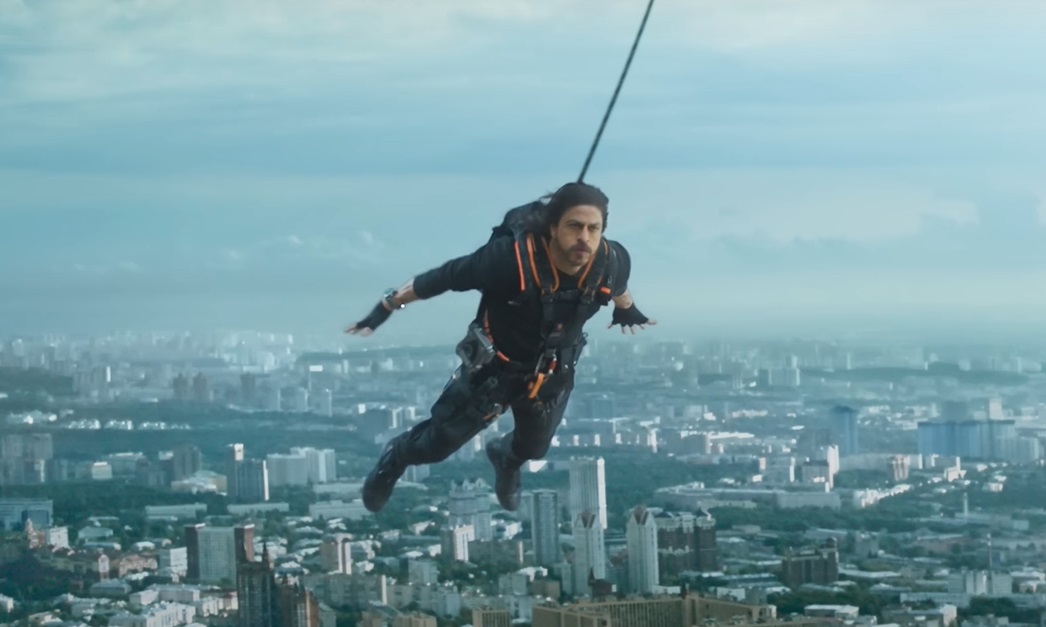 Shah Rukh Khan looks macho in a brown leather jacket which he paired over a black tee and olive green cargo pants. His long hair is giving him a rugged look and we bet it is making the hearts of his fans beat fast. Shah Rukh is indeed looking handsome as ever and this long hair is really suiting him. 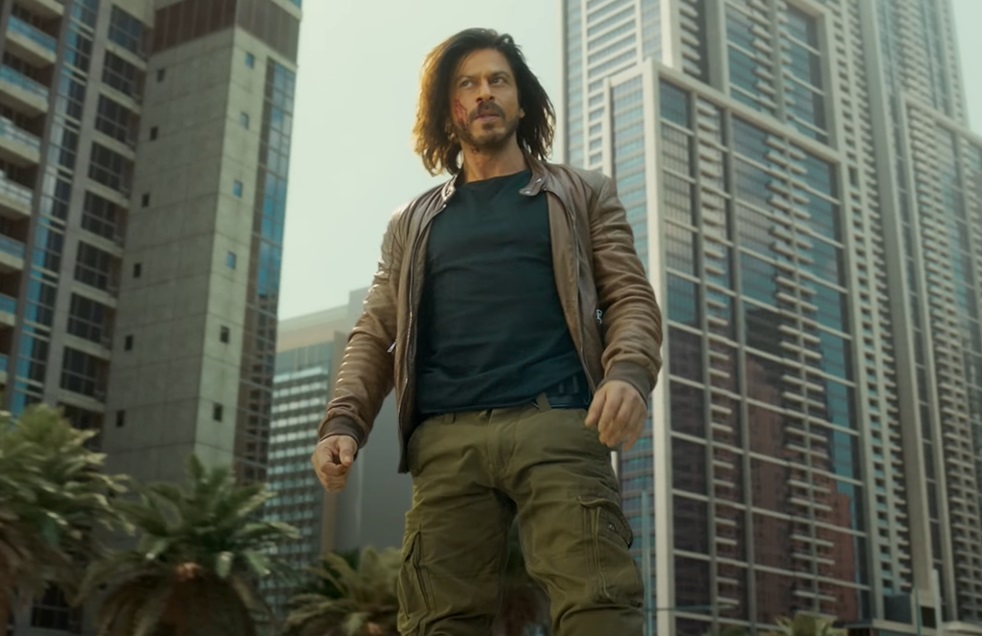