Golden Globes 2023: Jr NTR to Ram Charan; Who wore what on the Red Carpet

The team of RRR including Jr NTR and Ram Charan made sure embrace Indian beliefs and traditions at The Golden Globes awards, which is unparalleled. In case you’ve been living under a rock, music composer MM Keeravani's dance number "Naatu Naatu" from RRR has bagged a Golden Globe award for Best Original Song. It is the biggest and proud moment for SS Rajamouli and the team as RRR once again has put Indian cinema on the global map. The entire cast of RRR including the man of the moment, MM Keeravani was present at Beverly Hilton in Beverly Hills, California, for the 80th Golden Globe Awards ceremony.

Jr NTR and Ram Charan's wives, Lakshmi Pranathi and Upasana were also present to show their support. SS Rajamouli arrived at the event with his wife Rama. What a proud and joyous moment to see them representing Indian Culture at an international event with their appearances! Rajamouli turned heads with his look in dhoti pants teamed with a kurta and matching shawl. His wife Rama Rajamouli too made a simple appearance in a saree.

We have always seen the west incorporating desi characters in their movies and shows. It is indeed a very proud moment to get an opportunity to present it globally. The team of RRR made to sure embrace Indian beliefs and traditions at The Golden Globes awards, which is unparalleled. 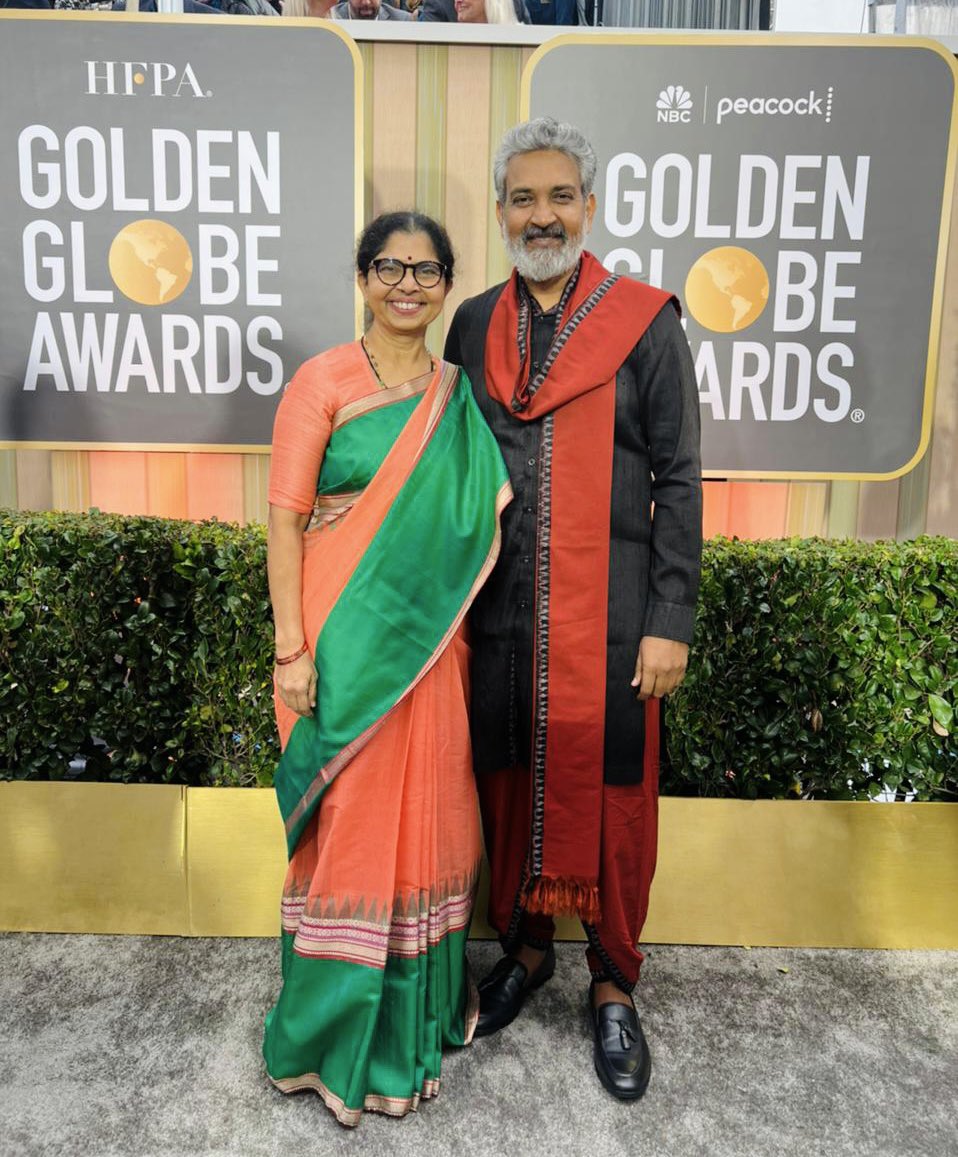 Here's what others like Jr NTR, Ram Charan, and Upasana wore at Golden Globes 2023: 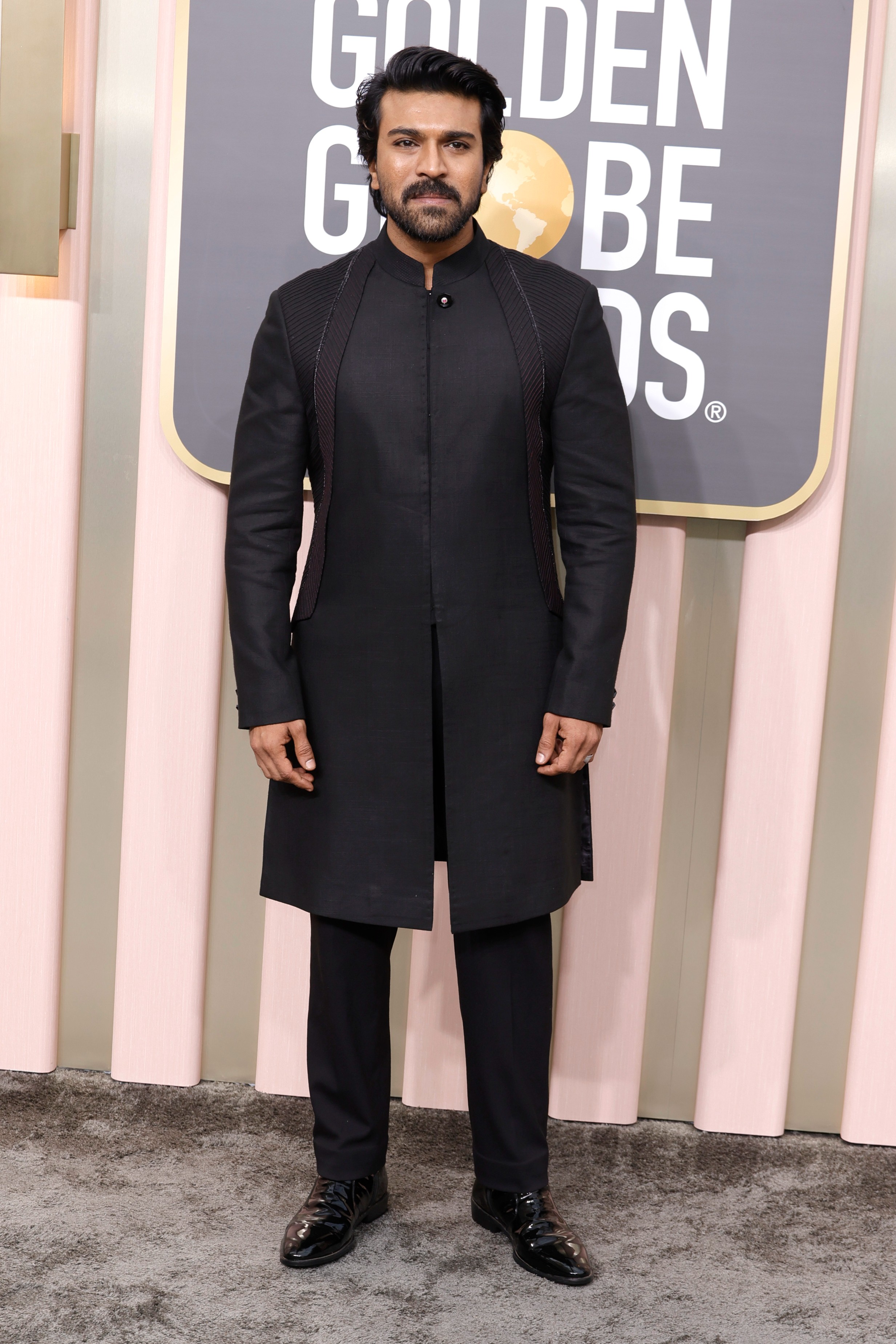 Ram Charan graced the event wearing an Indo-western outfit by Tarun Tahiliani. One can see in the photo below that RC looked dashing as ever in a bandhgala sherwani set teamed with formal shoes. Pushed-back glossy hair completed his look. The detailing on the kurta stood out! Ram Charan is known for his sophisticated style and he made sure to flaunt it on the red carpet. 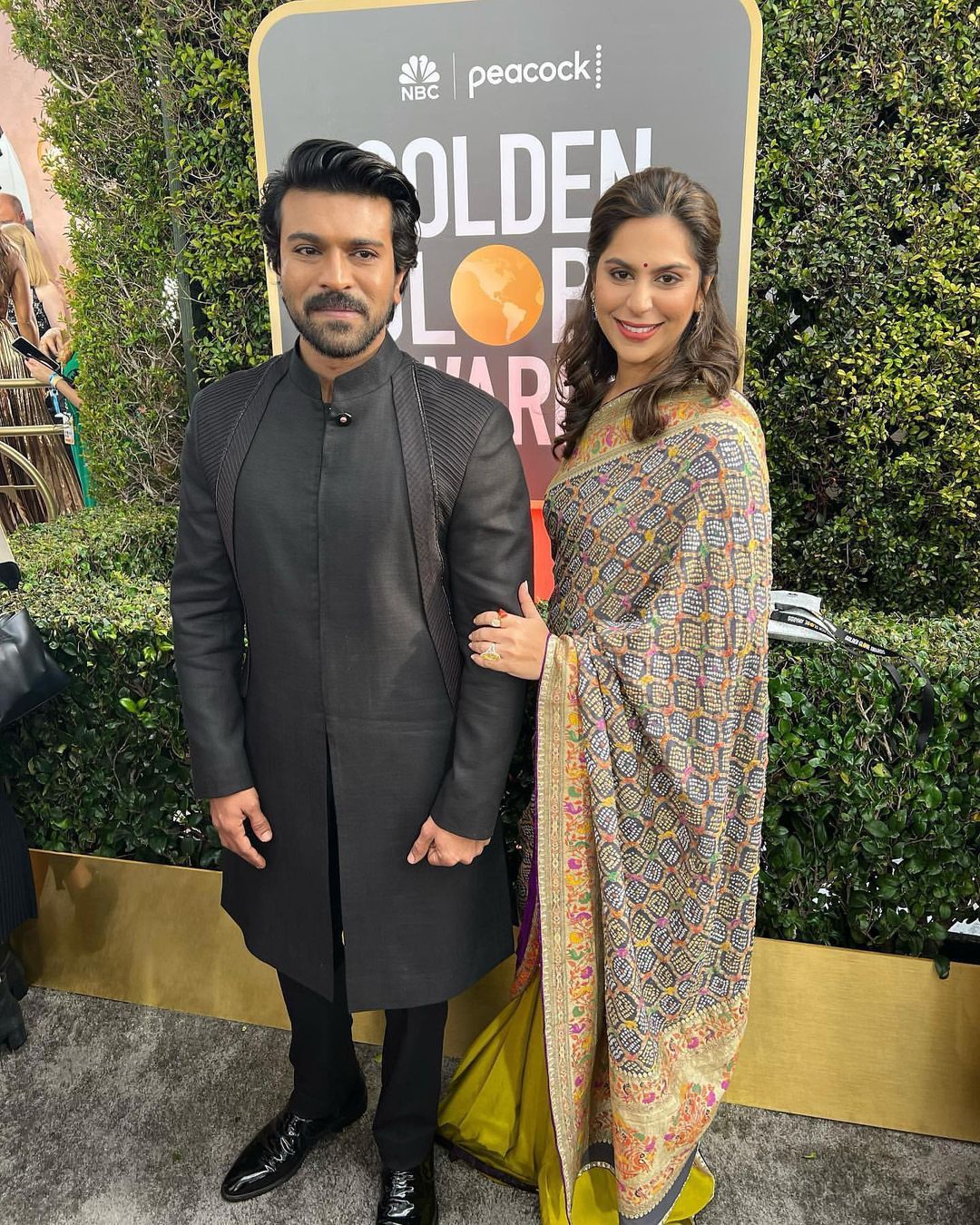 Upasana wore a silk two-toned bandhani saree, which has been culturally associated with the West-Indian states of Gujarat and Rajasthan. The mommy-to-be looked beautiful and completed the look with hair half tied up, minimal makeup, and a bindi. 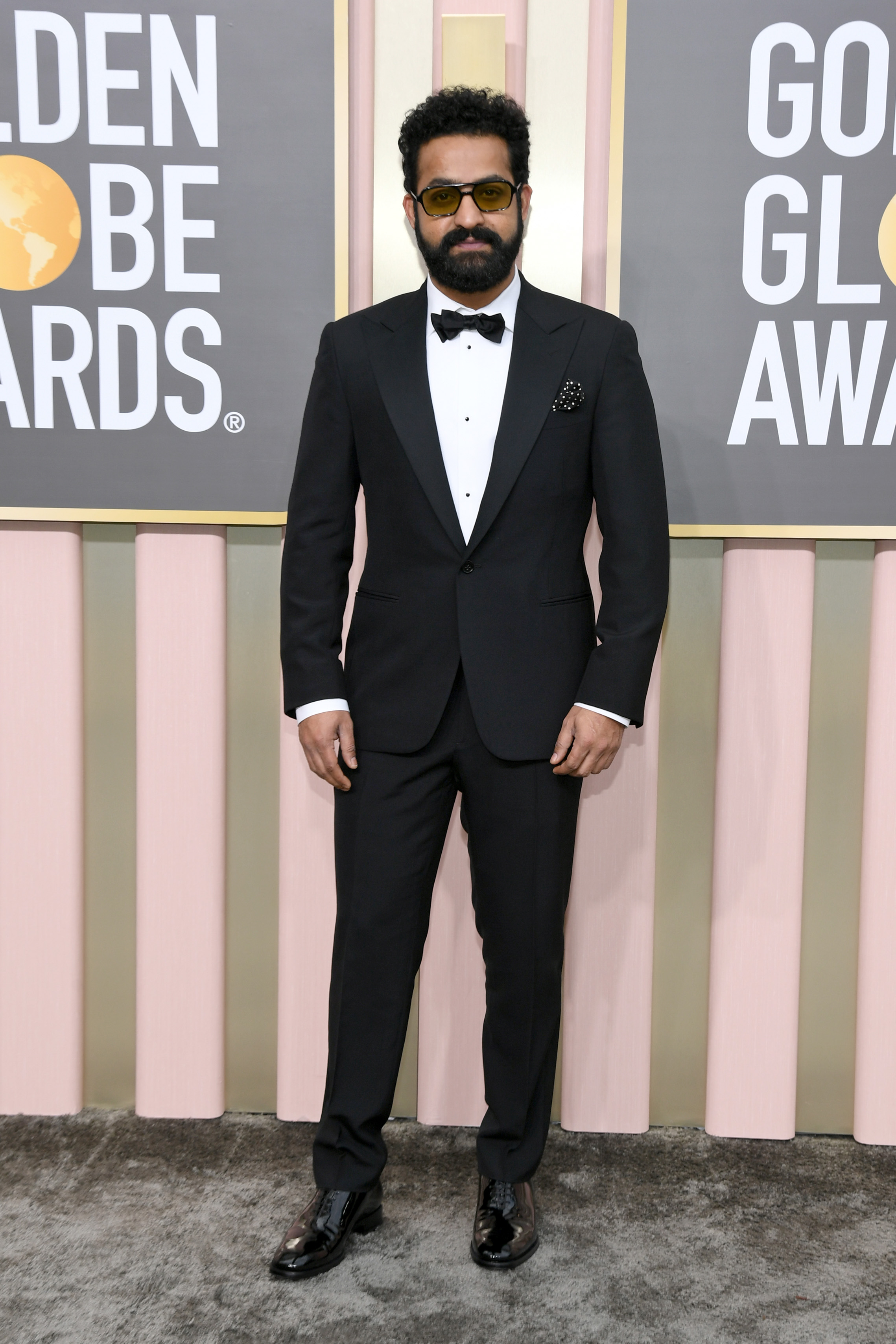 Jr NTR decided to walk the red carpet in a tuxedo by Ralph Lauren worth Rs 1,26,590. He teamed his Dolce&Gabbana white shirt worth approx Rs 60,000 with flat-front trousers. Formal shoes by Christian Louboutin and gelled hair completed his look. He sported a super luxurious look that caught everyone's attention. 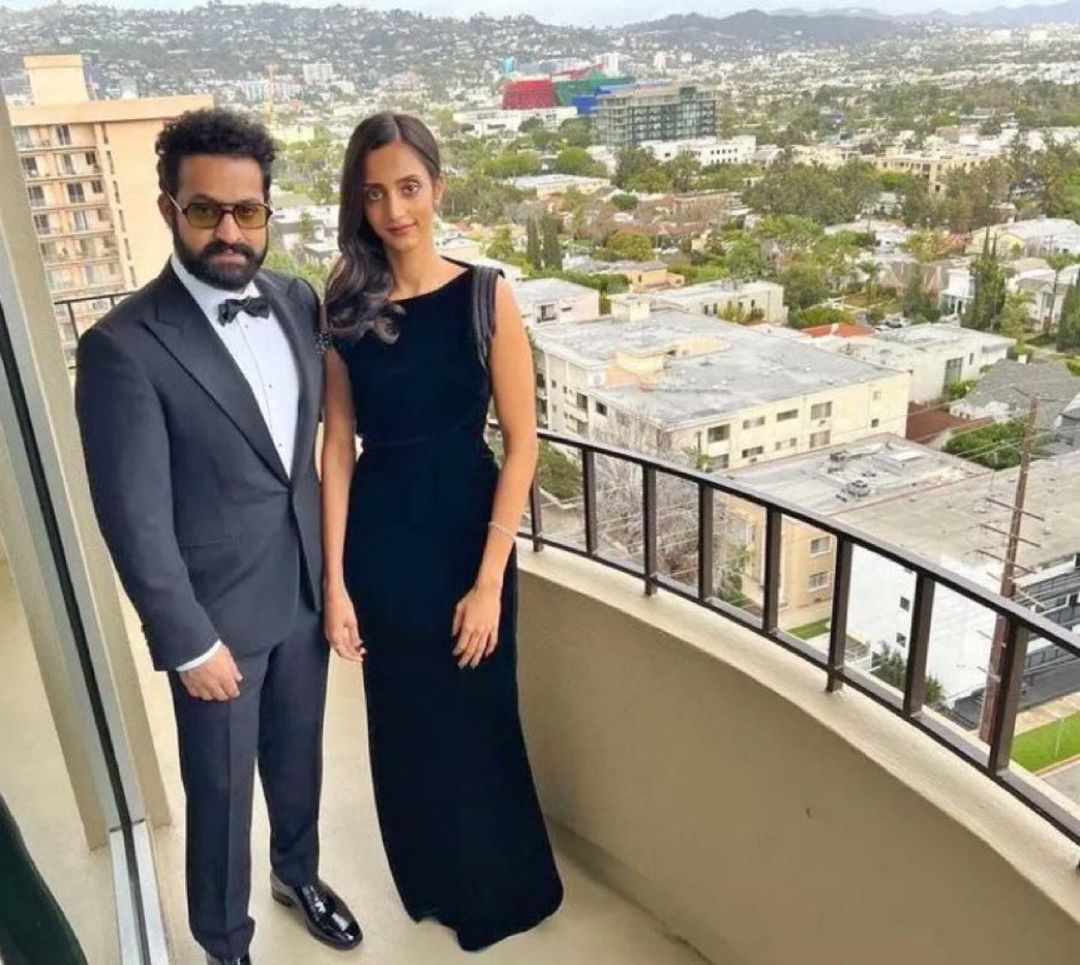 Known for keeping away from social media and paparazzi glare, Lakshmi Pranathi was seen at the event wearing a sleeveless velvet gown. She kept it simple with side-swept hair.

Here's what M. M. Keeravani and his wife wore at the event 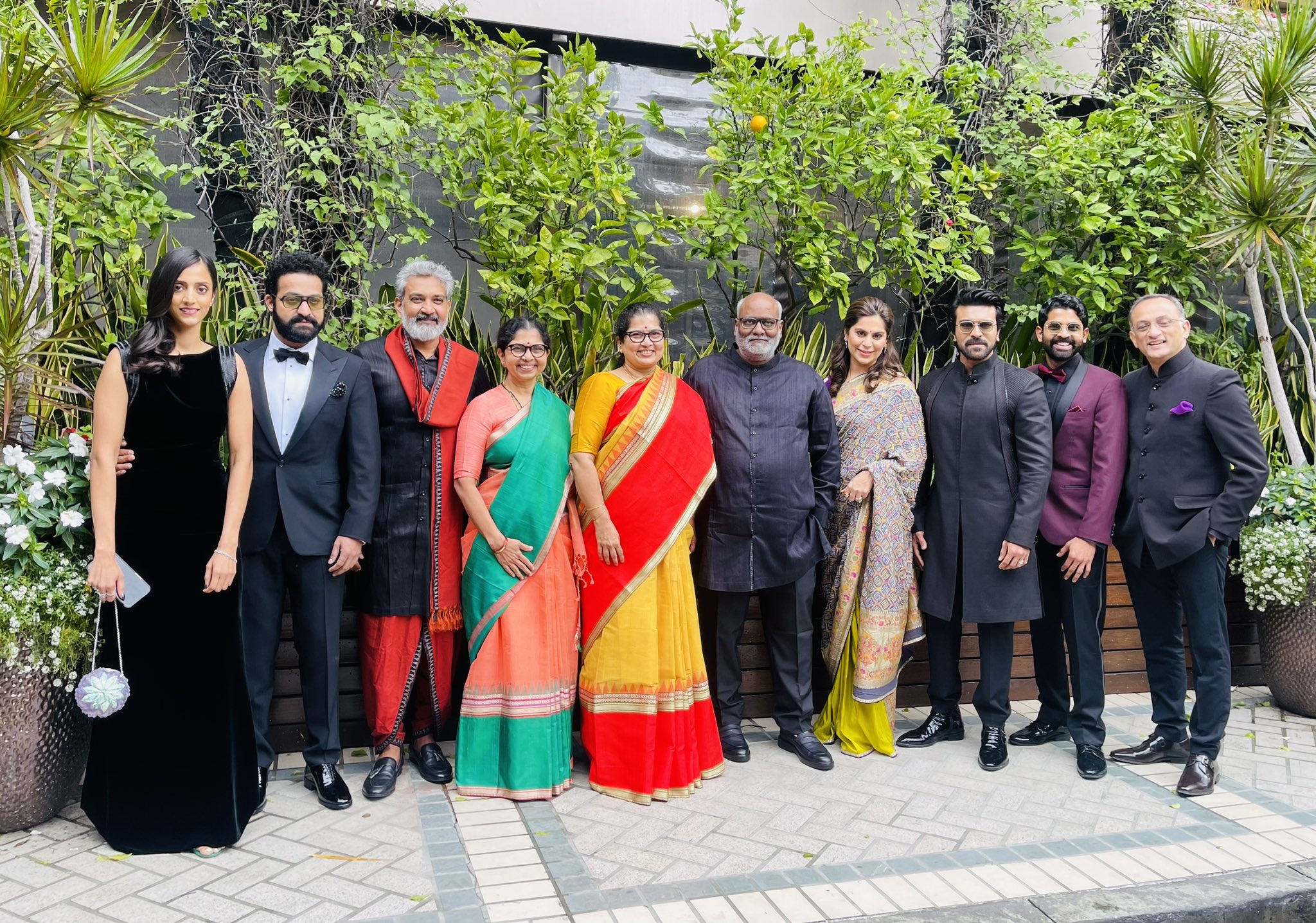 Also Read: 5 songs other than RRR's Naatu Naatu by Golden Globes winner S Rajamouli-MM Keeravani you must check out