Recently spotted in Hyderabad, Janhvi Kapoor went the traditional route where she picked a regal royal blue saree by Raw Mango. Read on for the breakdown of her phenomenal look. 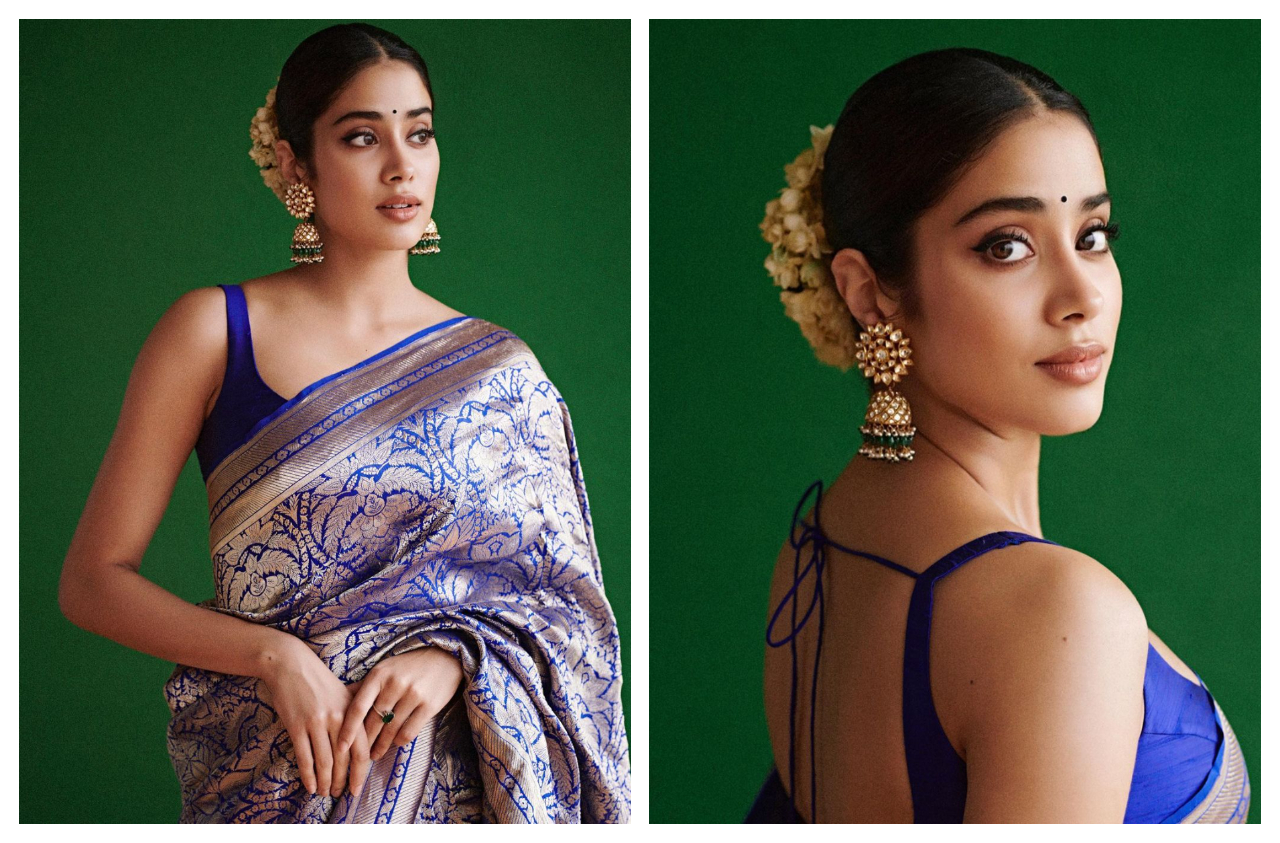 Janhvi Kapoor was spotted in Hyderabad for a promotional event, the actress chose to wear a striking royal blue saree by Raw Mango. The Mili actress definitely served lessons on how to style a classic traditional drape. Her saree featured an exquisite blend of royal blue and gold. The blue saree accentuated with floral motifs in gold threads certainly had all the elements of a regal look. The blue-gold saree featured a gold border. Janhvi paired the saree with a sleeveless royal blue blouse with a dori detailing on the back that made her saree look stand out. 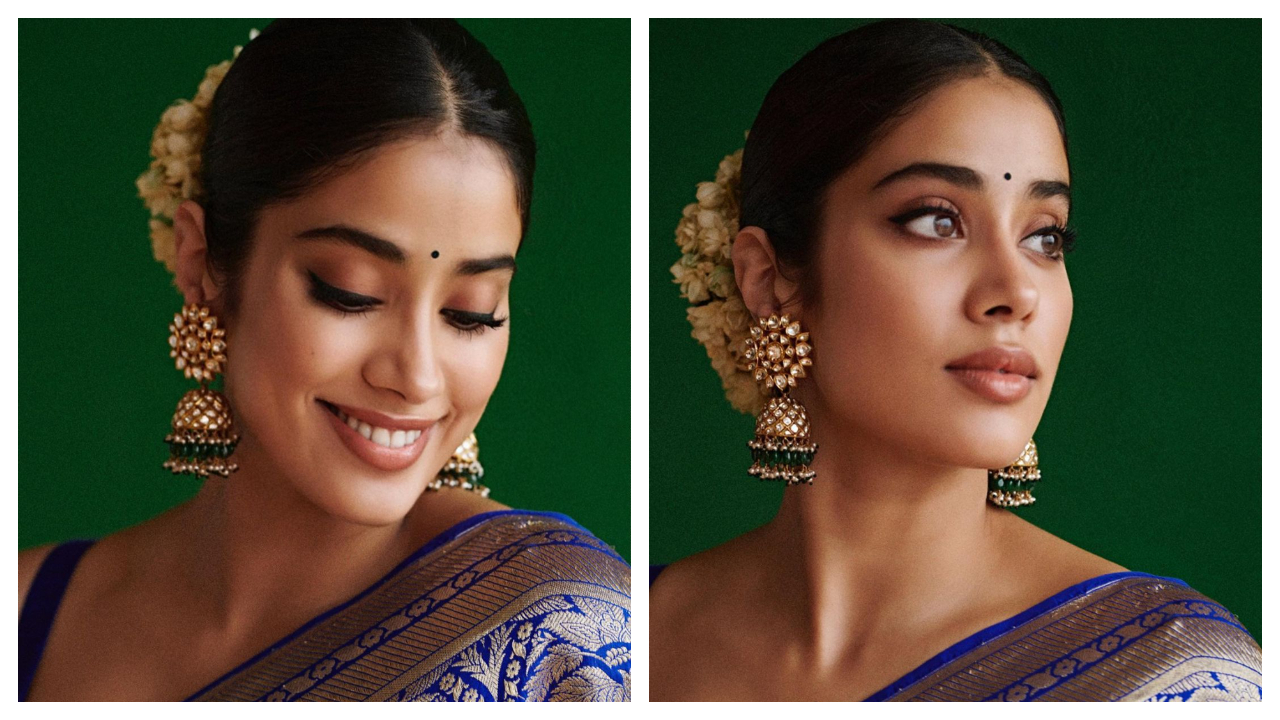 Janhvi went all out for the traditional aesthetic and picked a pair of traditional buttalu or jhumkas and a small black bindi. However, the most stunning part of her ensemble has to be the neat middle-parted bun adorned with a statement-making fresh floral gajra. For her makeup, Janhvi went for a neutral-toned look with a subtle stroke of eyeliner, mascara-adorned lashes, caramel lips, and a matte finish.

If you have been looking for a way to style your statement saree, you must definitely take cues from Janhvi Kapoor’s ethereal saree look styled by Tanya Ghavri.

Janhvi’s royal blue saree look gets MOOD as a rating on Pinkvilla's #OMB scale (ON-FLEEK, MOOD, and BLAH). Can you rate it as well?

Anonymous
Nov 03, 2022
this traditiona llook suits every one . the sari costs a bomb so why not .
0 REPLY
View more comments