Shruti Haasan gives a sexy twist to her gold saree as she teams it with a gloved sleeve blouse; Yay or Nay?

Shruti Haasan's love for Goth is not just restricted to fashion but also reflects in her music.

Shruti Haasan gives a sexy twist to her gold saree as she teams it with a gloved sleeve blouse; Yay or Nay

When it comes to fashion, Shruti Haasan can't do without black. Her love for this colour is no secret and she is known for pulling off some quirky yet gutsy numbers in this shade. Her latest look speaks volumes of the same. To receive Power Corridors (PC) Indian Achievers awards in Delhi, the stunner opened for a black and gold saree by Korvai India. She gave a sexy twist to the look by teaming the six-yard with a turtleneck crop blouse featuring a gloved sleeve by Huemn.

Shruti Haasan gave a dramatic touch to the look in every way. The Salaar actress capped it with a heavy base, contoured cheeks, dark lip colour and loads of eye shadow. For hair, Shruti went with a centre-parted sleek look. She accessorised her black ensemble with a statement-making bracelet, a giant ring and earrings in gold. Shruti's black outfits will always inspire you to add black to your wardrobe. Such a simple yet impactful look that is not everyone's cup of tea. She once again proves to be the OG goth girl.

For the unversed, Shruti's love for Goth is not just restricted to fashion but also reflects in her music. 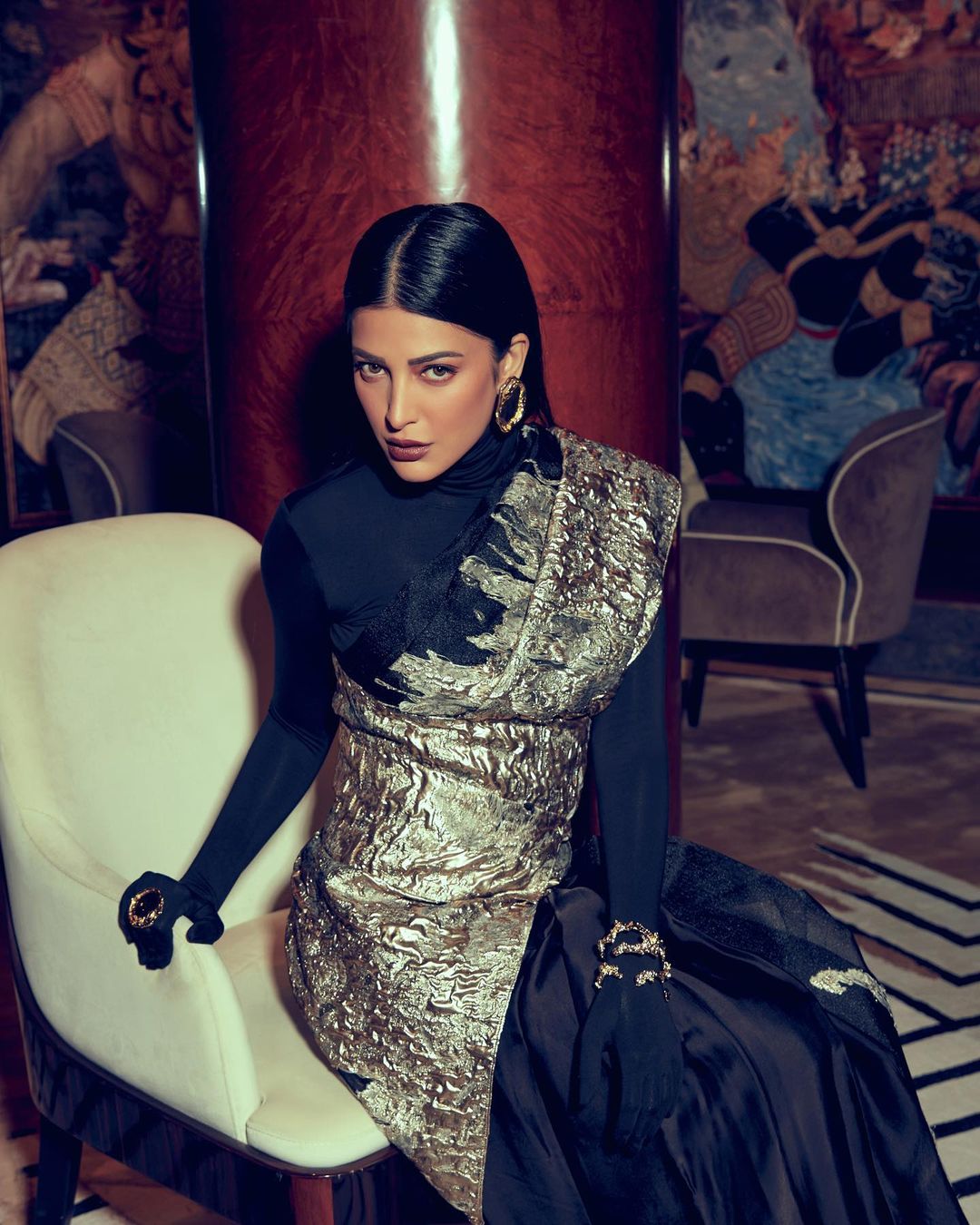 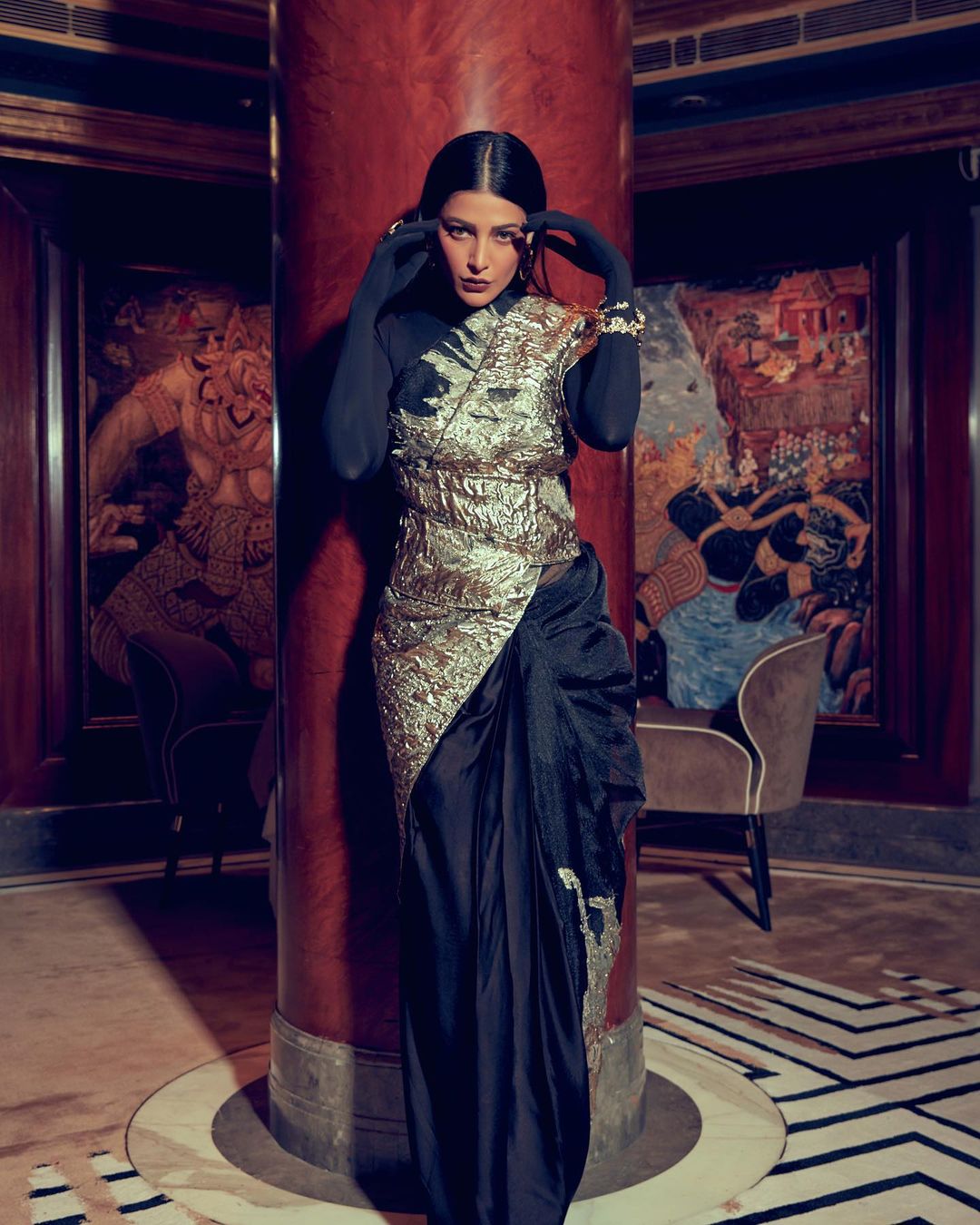 Shruti has completed 15 years in the entertainment industry. Apart from being an actor and singer, Shruti’s philanthropic work and her passion for causes that matter made her the ideal choice for the latest award. She is also a proud advocate of Mental Health and promotes acceptance and opening up to these issues as individuals and as a society.

Commenting on the same, Shruti says "I’m very happy to have received this award in the presence of the other exemplary awardees and I’d like to thank the jury for the same. It is always humbling to be appreciated for artistic work and I’m thankful to have the opportunity to use my platform for the causes and topics that matter the most to me."

On the work front, last seen in Chiranjeevi's Waltair Veerayya and NBK's Veera Simha Reddy, Shruti has two big upcoming projects- Salaar opposite Prabhas, and her international film 'The Eye'.

In an exclusive chat with Pikvilla, Shruti recently opened up about her role in KGF director Prashanth Neel's Salaar. "I'm super excited for Salaar. Aadhya is a really interesting character and it is not surprising because all of Prashanth Neel sir's characters are very integral to the script and really exciting to the film," said Shruti.

Shruti Haasan Interview: When I joined the industr...