Tejasswi Prakash and Karan Kundrra fell in love during their time on the reality show, Bigg Boss 15. Today, we celebrate the most awaited festival of the year, Diwali. It is one of the biggest festivals in India that's celebrated with great joy and enthusiasm and is known as the festival of lights. The day commemorates putting an end to darkness and evil by lighting up diyas and decorating homes in the brightest and most festive ways. Our celebs too are having grand Diwali bashes in the city and ringing the occasion together with fun, food and laughter.

On October 23, T-Series hosted a grand Diwali bash, which was attended by all the top celebs from the industry. While all were decked up in glamourous attires, one can't overlook the stylish appearance made by the popular couple, Tejasswi Prakash and Karan Kundrra.

We admire how the couple left no stones unturned to make jaw drops with their stunning outfits. The Naagin 6 actress chose a pretty blush pink lehenga that was adorned with white embellishments and an embroidered blouse that consisted of tassels on the border of the sleeves. The diva accessorised her outfit with a diamond-studded pink necklace, statement earrings and rings. Tejasswi styled her hair into a messy bun and what elevated the glam factor of her look was her high-definition makeup which suited her heavy ethnic wear.

Speaking of Karan Kundrra, the actor made hearts skip a beat with his dashing ethnic outfit and persona. Karan donned a blue ethnic jacket, and paired it with white pants and teamed up his look with brown boots. Tejasswi and Karan looked amazing as they posed close to each other for the paparazzi.

Take a look at their PICS here: 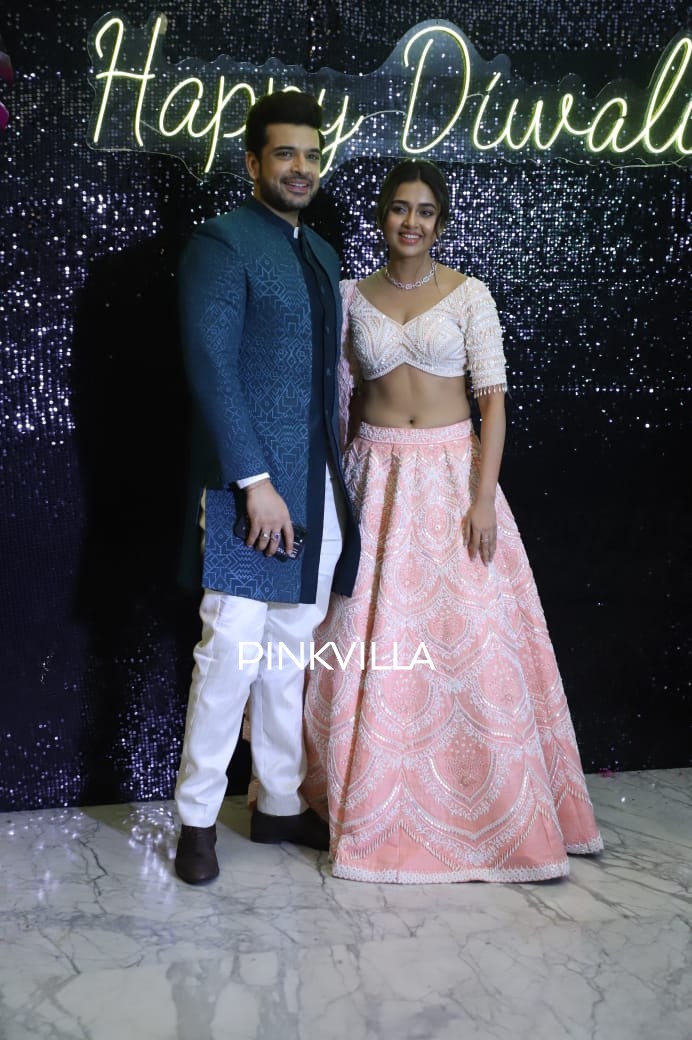 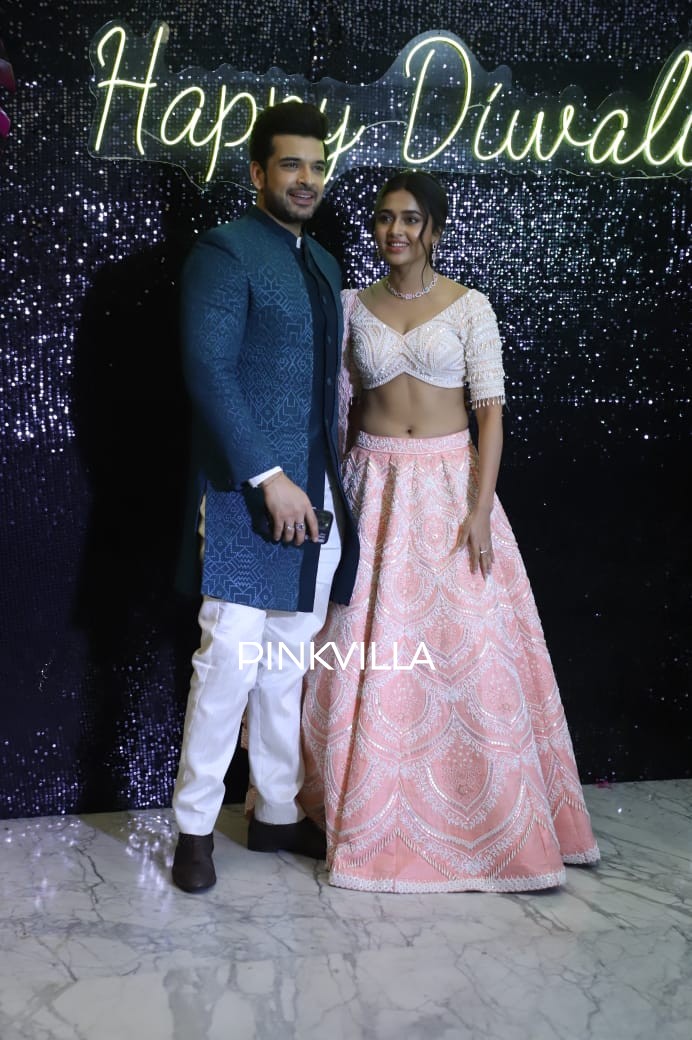 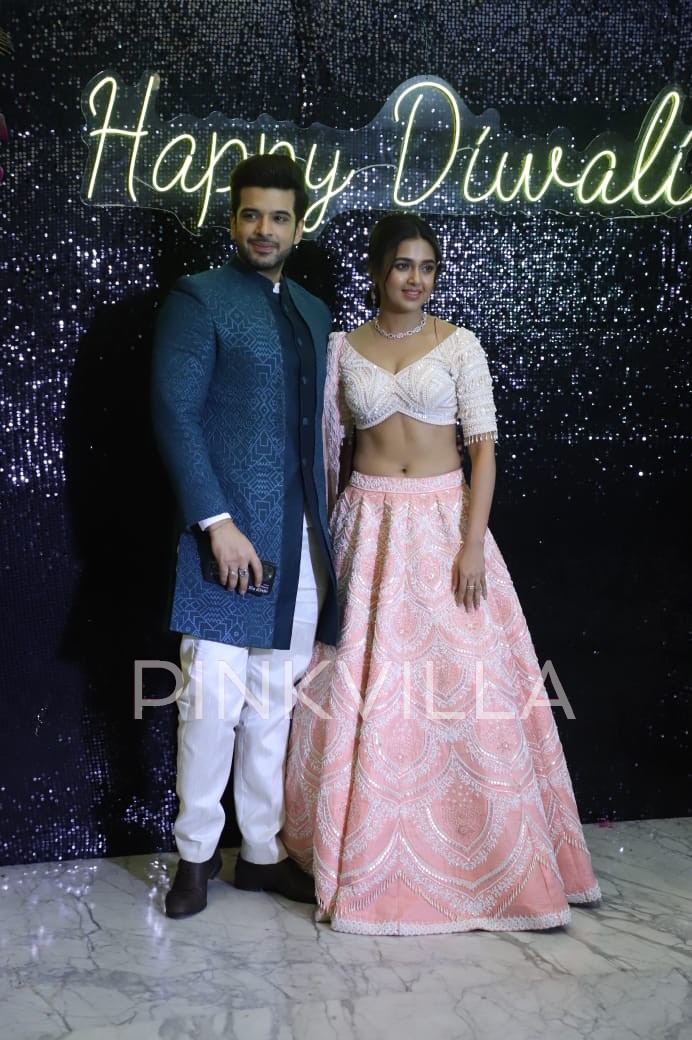 Tejasswi Prakash and Karan Kundrra fell in love during their stint in Bigg Boss 15 and since then they are inseparable. Expressing love publicly, applauding each other's efforts, going on small surprise dates, being possessive and supporting one another through thick and thin, the two have done it all and managed to melt many hearts with their chemistry. As they ring their first Diwali together as a couple, it is obvious that the couple will make the occasion a memorable one.