Anupama and Anuj meet with an accident after dropping Anu off 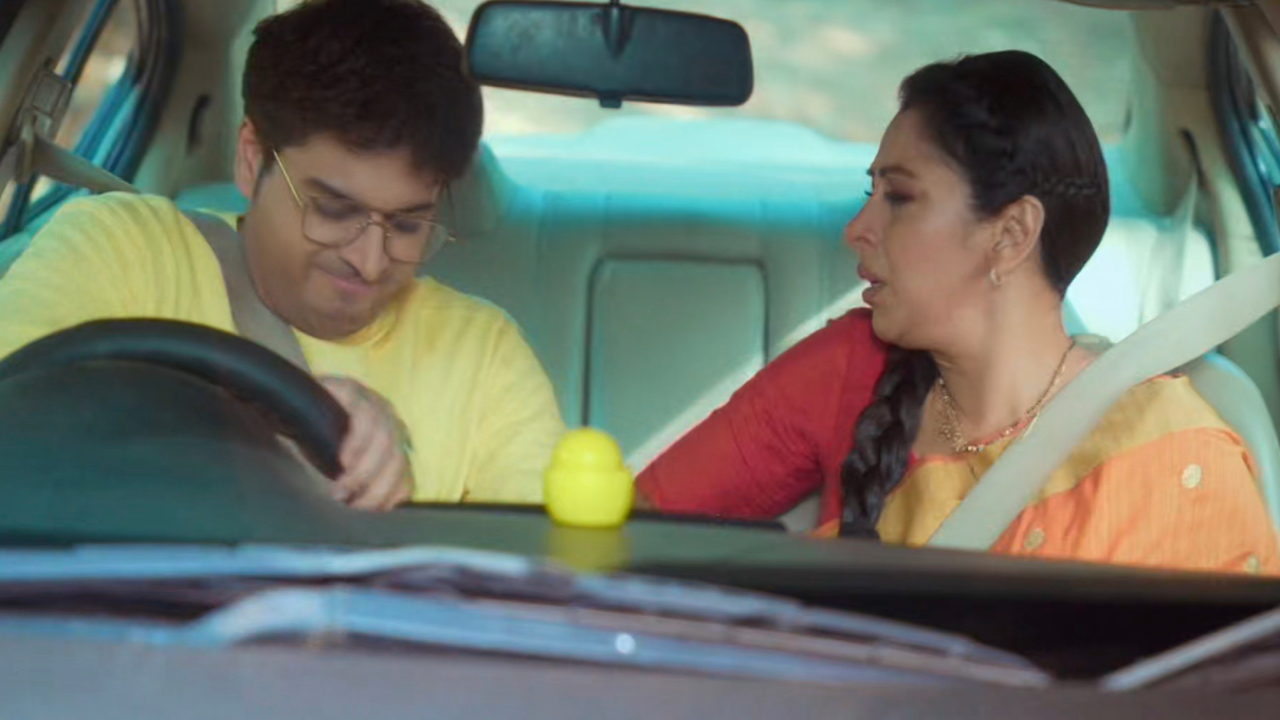 Anuj and Anupama in a still from Anupamaa (Image source: Hotstar)

Anupama, Anu and Anuj go on a trip. Anupama asks Anuj to take the main road since the shortcut could be risky. Anu and Anuj insist on taking the route between the forest. Baa’s neighbours ask them why there is no drama in the wedding house. Vanraj informs them that everything is okay. Baa says now everyone will taunt her. Pakhi takes Adhik somewhere. The path the Kapadias take has no signal and even the radio goes static. Anu asks them if Adhik and Pakhi have separated from them.

Pakhi and Adhik at Shahs' doorstep

Anupama replies that they have gone to learn new things in life just like Anu is going to do in camp and reach the camp. Kinjal and Kavya see Adhik and Pakhi with bags and get surprised. The teacher welcomes Kapadias at the camp and assures them that this will be a good learning experience for Anu. Anu hugs her parents and asks them to enjoy the trip. They tell her not to be too emotional as they will return back soon.

Vanraj becomes happy seeing Pakhi. But, Pakhi rudely tells them that she didn't come to stay there and shows the keys, stating that they will be their neighbour and leaves. Vanraj says it's good she will be in front of their eyes. On the way back, Anuj and Anupama enjoy listening to songs and suddenly notice a jeep in the middle of the road and stop their car. Anuj considers stopping but Anupama fears the car may be looted. The jeep starts coming in reverse. Anuj gets shocked and shouts at the driver and starts going in reverse to avoid the jeep but the driver doesn’t stop. Anupama closes her eyes just when the jeep is going to hit their car.

Also read: Pakhi and Adhik are thrown out of the house by Anupama

Anonymous
Nov 22, 2022 06:06 AM
They chose one of the worst actors to play Anupama . Her rough voice and stupid acting has turned Anupama I. To a cheap fish wife . The character could have been played with grace which she has none ,
0 REPLY

Anonymous
Nov 20, 2022 07:50 PM
Every two or three months there is an accident that anuj has to meet with... yaar kuchh aur creativity dikhao naa
0 REPLY

Anonymous
Nov 20, 2022 01:33 PM
Anupama is one of the worst ever characters of ITV portrayed by queen of overacting RG . Please change the lead actress. She is intolerable .
0 REPLY
View more comments