Dimple identifies her culprit and slaps when he threatens her. 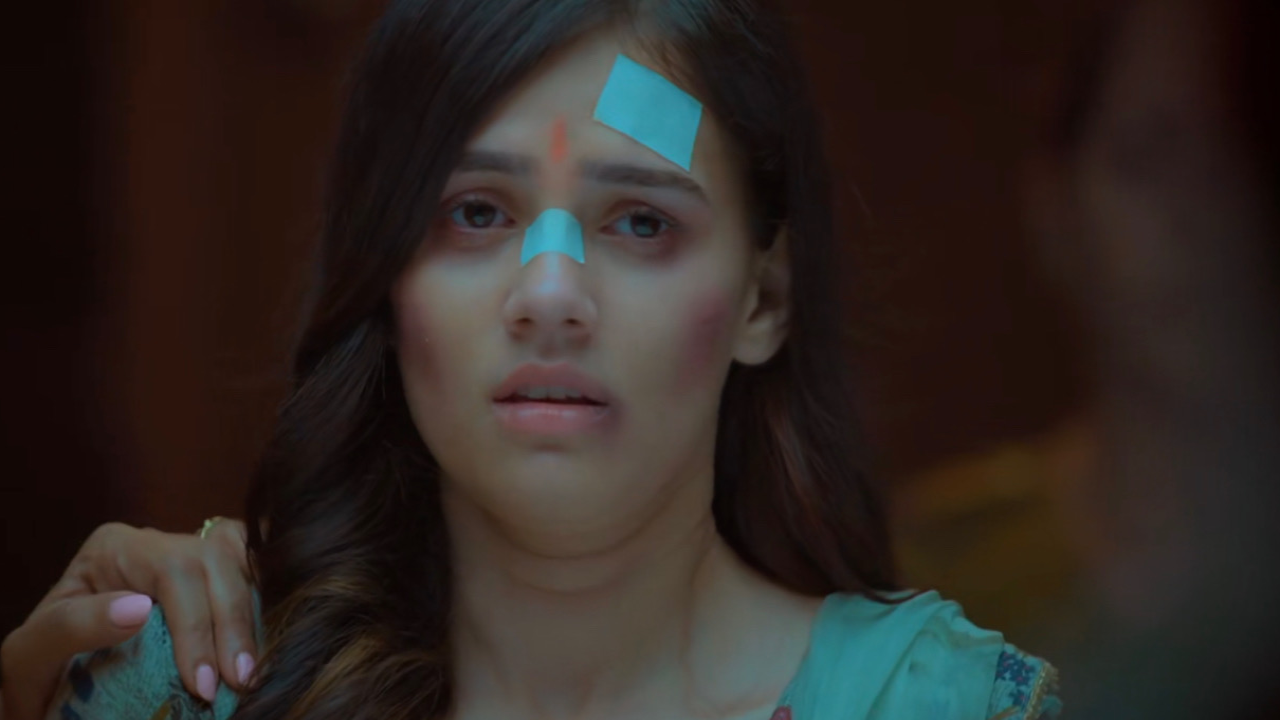 Dimple in a still from Anupamaa (Image source: Hotstar)

Dimple, Anuj, and Anupama go to the police station. Baa worries for her grandchildren. Bapuji tells her that Anuj and Anupama repeatedly messaged him to ask about Pakhi. Toshu comes to take Kinjal's file. Baa yells at him to stop being his wife's slave. He tells her he is just worried about his family and wants to regain Kinjal's trust. The inspector asks Dimple to look closely and identify the suspects.

Baa worries about her family’s safety

She stops at the main culprit who grins at her. Pakhi orders a very expensive coffee. Adhik tells her that his sister used to pay his credit card bills but now he has to do it himself. Pakhi shouts at him to stop lecturing her. He tells her to stop showing attitude and to go back to her studies and get a job. She tells him that he should earn and that she will be a housewife. The main culprit threatens Dimple. She shouts saying he is the one and slaps him.

He tries to hit her back but she kicks him in his groin. She walks out of the police station much more relaxed and cheered up. Samar gets Anupama's call saying Dimple identified the culprits and slapped them also. Bapuji praises Dimple’s bravery. Samar hopes Dimple will get justice. Baa tells them that Dimple should stay somewhere else till the case ends. Barkha and Ankush praise the police for their help in the case. Dimple tells them she will leave now. Anuj suggests she leave once she has a job and is independent. Barkha tells her that she has such supportive people around her and that she shouldn't hesitate to accept help. Anupama gives her a manager position at the dance academy. Dimple returns to her room and clicks a selfie happily. She thinks she shouldn't trouble Anuj and Anupama too much and should start afresh.

Also read: Vanraj warns Anupama to back off from Dimple's case