Anupamaa: Dimpy decides to file a complaint; Anupama encourages her

Anupama cries for not protecting Dimpy but the latter decides to file a complaint against her criminals.

Anupamaa: Dimpy decides to file a complaint; Anupama encourages her 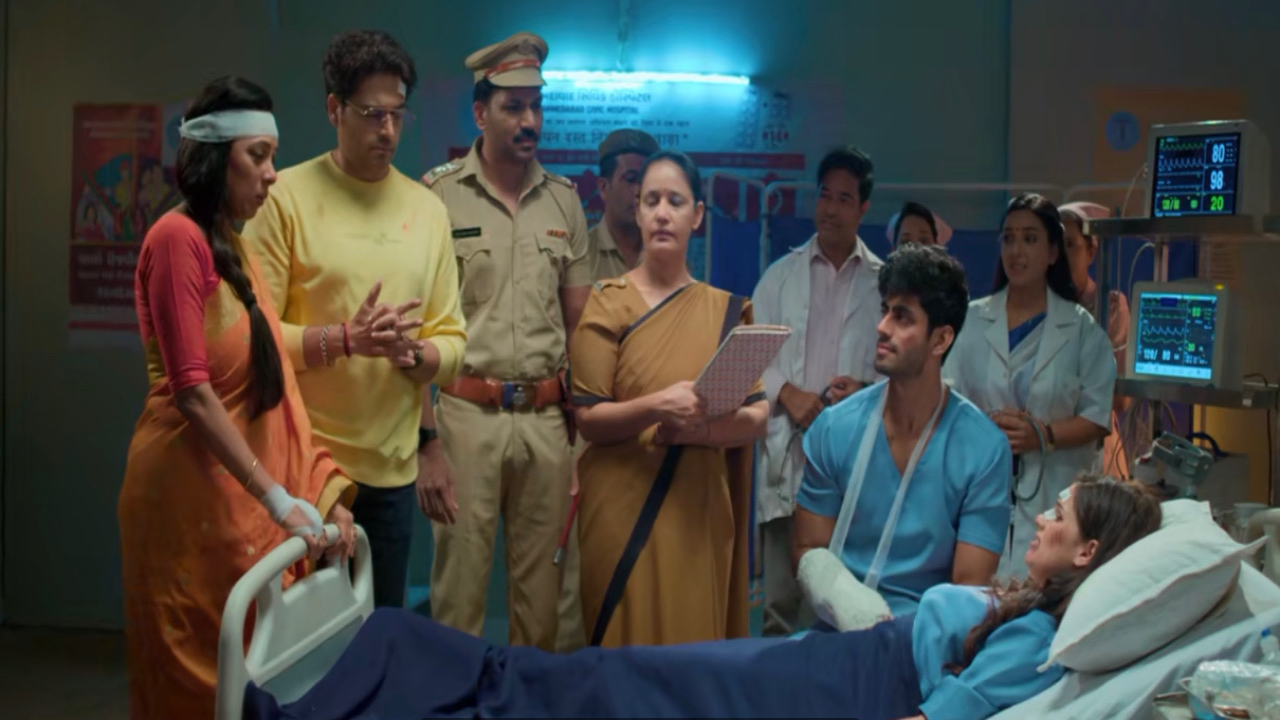 Anupama, Dimpy, Anuj and Dimple in a still from Anupamaa (Image source: Hotstar)

Anupama goes to talk to Dimpy. She breaks down looking at her and trembles at the frightening scene in front of her. She gathers herself and goes and stands beside her. Dimpy starts crying and expresses how this is the first time she’s feeling cursed for being a woman. Anupama says they should be ashamed for not being a human. She cries for not being able to protect her. Dimpy assures her that it’s not her fault.

Dimpy decides to file a complaint

Anupama gives her moral support and assures her that Anuj and she will always be with her. Dimpy questions about Nimrit. Anupama tells her that he's with Anuj. Dimpy declares that she wants to file a complaint and will fight for justice. Anupama encourages her. Baa cries and tells Kavya she loves Pakhi but her attitude bothers her. Baa asks her to stop Vanraj. Anupama and Anuj get shocked when Nimrit withdraws the case.

He tells them Dimpy’s criminals can repeat the same offense even if the complaint is filed and that she doesn't want Dimpy’s character to be questioned in the court and that the criminals are too powerful. Kavya tells Vanraj that she will take the lunch to Pakhi. She tells him that Pakhi will throw more tantrums if she sees him. Kavya goes and takes the tiffin to Adhik and Pakhi. Pakhi says she knew Vanraj couldn't see his princess sad. Anupama and Anuj encourage Nimrit to fight alongside Dimpy. Anupama tells Dimpy is showing courage and she should support her. Pakhi talks rudely to Kavya. She tells Pakhi that she will taste her own medicine one day. Pakhi decides to teach the Shahs a lesson. Dimpy gives her statement. Anupama feels proud of her for doing it fearlessly. Nimrit tells them that they can't tell their family as they won't accept them. Dimpy asks him if she is on her side but she remains quiet which leaves Anupama and Anuj shocked.

Anupamaa: Barkha cries about her condition in the ...