In tonight's episode, the housemates of Bigg Boss 16 compete against each other for the captain position. Ex-captains also get a chance to earn the next captaincy. Bigg Boss 16, Day 51, and Day 52 episode gives a glimpse of an exhilarating race for captaincy among the contestants. Day 51- The episode begins with Soundarya Sharma and Archana Gautam discussing Gautam Singh Vig's eviction. Soundarya tells Archana that when he was going out of the house, he wasn't holding her and was not even hugging her. Archana tries to convince her that Gautam was faking his love, however, Soundarya tells her that he swore and told her that he loves her.

Archana Gautam and Soundarya Sharma have a chat about Tina and Shalin's relationship. The former believe that Tina is too smart to get into a relationship with Shalin, and both Tina and Shalin are trying to fool people with their fake love to get ahead in the game. Later, Soundarya comes and talks to Shalin about Gautam and tells him not to tell Tina about it.

Sumbul's father warns her to stay away from Tina-Shalin:

Bigg Boss calls Sumbul Touqeer into the confession room and tells her that her father is not well and he wants to talk to her. Sumbul's father questions her about her feelings for Shalin. Sumbul cries and denies that she's not in love with Shalin and it is all wrong. Her father warns her that Tina and Shalin are playing with her and she should stay away from them. Sumbul's father tells her that Fahmaan (Fahmaan Khan- Sumbul's former co-star) is her real friend and she should trust people like Fahmaan and not trust Shalin and Tina.

Sumbul's father quotes that Tina and Shalin are doing her 'character assassination'. He guides her to take her stand and tells her to play her own game. He also adds that he should show her real side and should make Tina and Shalin pay for what they have done. Sumbul then exits the confession room and comes to Sajid Khan. She requests Sajid to change her room and tells him to support her in becoming the captain of the house.

Shalin Bhanot and Tina Datta discuss Sumbul's relationship. Shalin then reveals the conversation he had with Soundarya to Tina. Later, Shiv Thakare and Nimrit Kaur Ahluwalia talk about the dynamics of the relationship between Tina and Shalin. Shiv thinks that Tina is changing her stand too often about her feelings for Shalin, and Nimrit observes that in the event of a fight the two say extreme things about each other. Archana and Soundarya have the same conversation and take a dig at them. Shalin, Sajid, and MC Stan discuss Tina and Shalin's loyalty, and they feel that Tina has no contribution to the show.

Archana and Tina argue as Tina keeps her prescription paper in the garden area. Archana taunts her that the audience might assume that this paper is a script. Both argue over it. Shalin talks to Archana and tries to sort out their argument. However, he fails then Shalin and Archana get into a fight.

Later, Soundarya asks Shalin if he is scared of Tina. Shalin then confesses that yes, he is sacred to Tina. Shalin then adds that he shares a different bond with Tina. Soundarya comes and shares the same conversation with Archana. Later Ankit Gupta joins and tells Soundarya that Salman complimented her, and that is the reason Shalin wants to get close to her.

Ex-captains Shiv Thakare, Nimrit Kaur Ahluwalia, and Abdu Rozik get an opportunity to earn captaincy with a task that involves non-favorites Archana Gautam, Priyanka Chahar Choudhary, Ankit Gupta, Tina Datta, Shalin Bhanot, and Soundarya Sharma. The non-favorites, one by one, occupy a huge makeshift skeleton in the activity area and communicate a challenging task to one of the contenders for captaincy. Sanchalak Sajid Khan supervises the nitty-gritty of the entire drill. 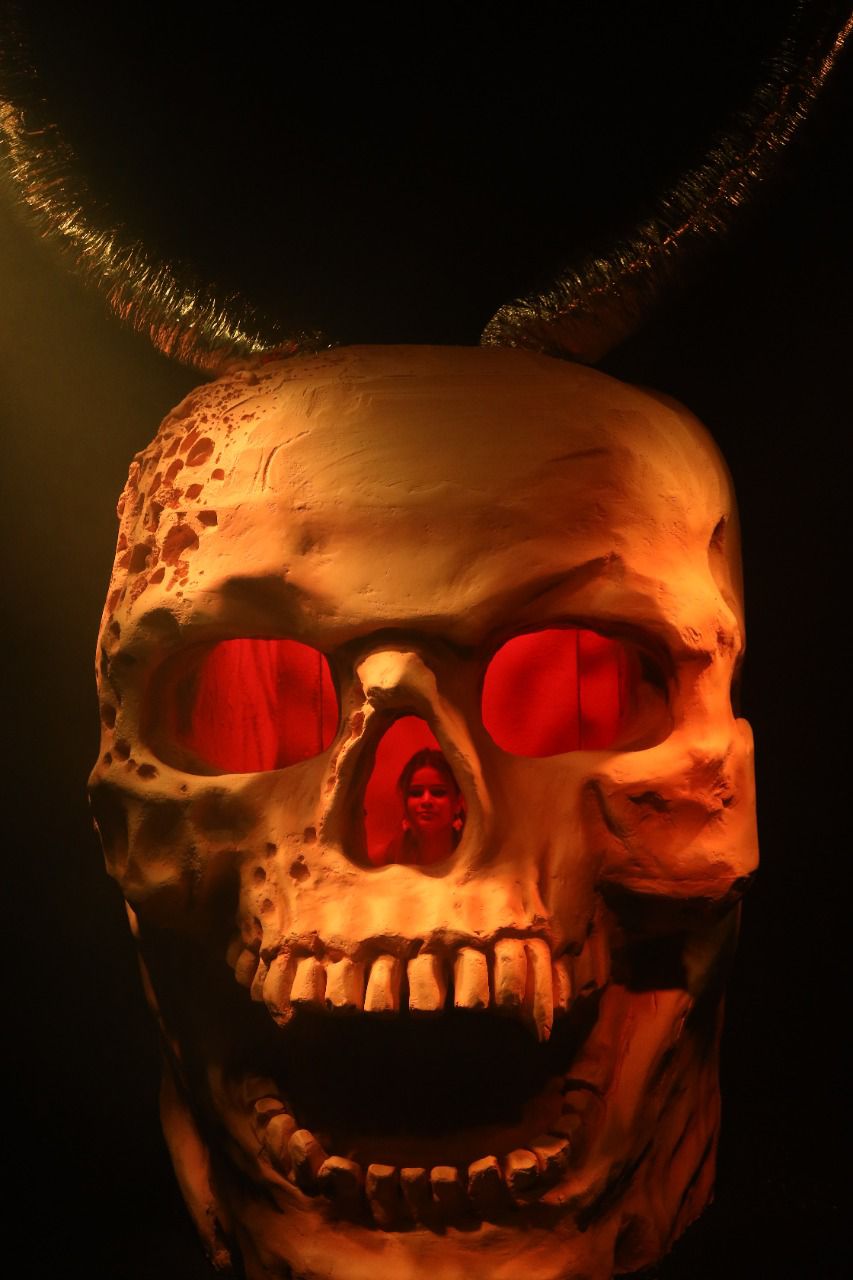 First - Priyanka goes into the activity area and asks Nimrit to do 100 push-ups continuously. Nimrit starts push-ups but does it in another method. Priyanka and Nimrit then argue. Later, Bigg Boss fires Nimrit as she removes her mike.

Second - Archana Gautam instructs Shiv Thakare to eat a bowl full of salt. As Sanchalak, Sajid Khan rejects the task as it might affect Shiv's health. Soon Archana assigns another task to Shiv, in which he is asked to drink 3 big bottles of water. As there was no time limit, Shiv won the task.

Third- Ankit assigns a task to Abdu in which the former asks the latter to drink red chili water. After listening to the task, Sajid rejects it and asks Ankit to assign another task. Ankit then asks Abdu to eat raw eggs. Abdu then successfully completes the task. Then Ankit allocates another task and tells Abdu to gulp 1 liter of water in 5 mins. Sajid then rejects the task, and Abdu turns out to be the winner of the round. 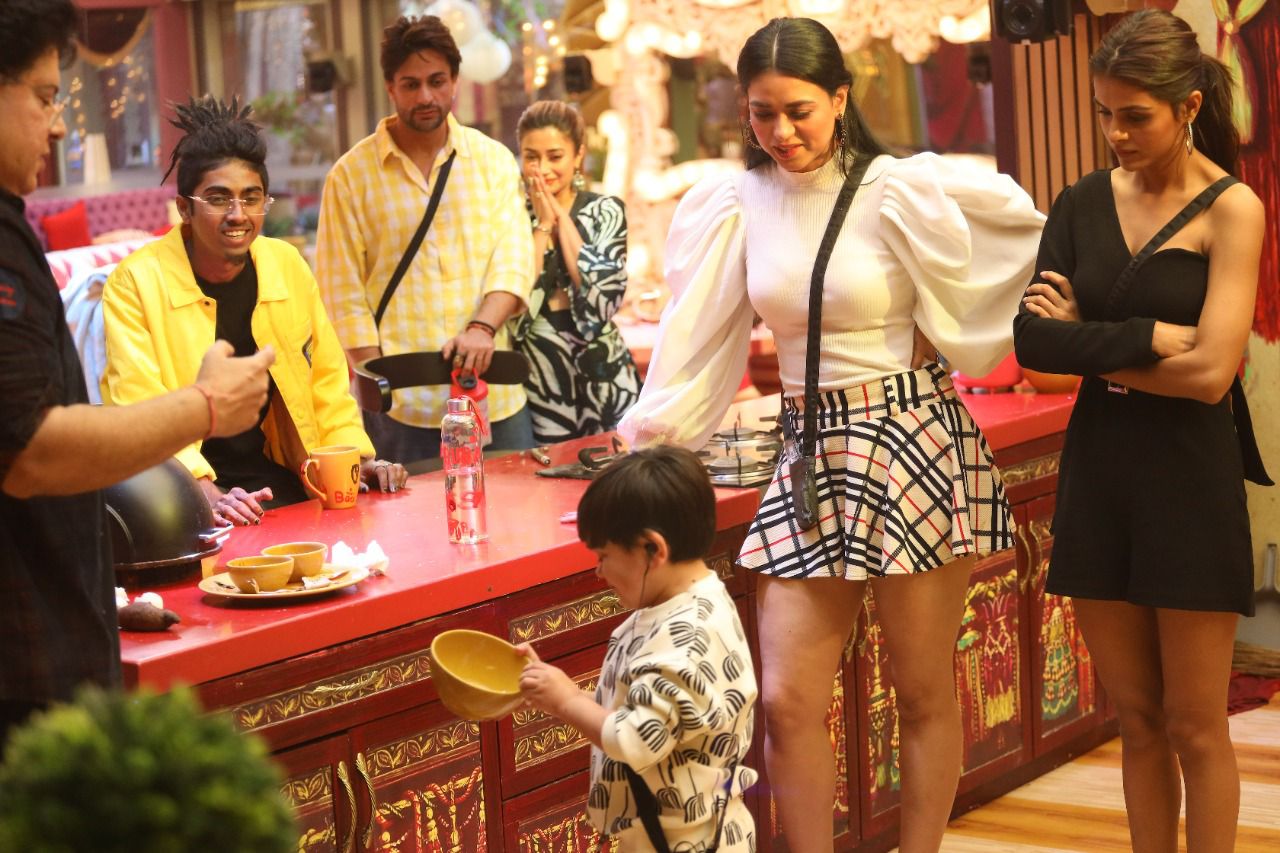 Later, Soundarya, Tina, and Shalin go to the activity area, and Bigg Boss tells them to select a captain from Shiv and Abdu as both took the same time to complete the task. All three reach the same decision and select Shiv as the new house captain. Bigg Boss then asks Shiv to assign the rooms to the inmates. Bigg Boss then adds that this time room no.2 will have those two contestants who will be 'Shahi cook', and will be saved from nominations and will also be captain Shiv's favorite. Shiv allocates room of 2 to Nimrit and Tina.

Shiv tells Archana that if she will play fairly then he'll assign her as his 'Mahamantri'. Archana, Priyanka, and Soundarya talk about Tina being unhygienic, and the episode ends.

ALSO READ: Bigg Boss 16: Should Gautam Singh Vig get a second chance? Was his eviction fair?

Anonymous
Nov 22, 2022 07:53 AM
No fair game only Nirmit team getting all advantages why other team is also playing rhan y one one team is supporting by BB .
0 REPLY
View more (1) comments