Here's what Tejasswi Prakash said to Ekta Kapoor ahead of Goodbye's release; Find Out

Tejasswi Prakash wished her producer Ekta Kapoor with a special video, as her film Goodbye is gearing up for release. Tejasswi Prakash, the Bigg Boss 15 winner became a household name post winning the show. She bagged the lead role in Ekta Kapoor’s much-celebrated Naagin franchise, even much before she was declared the winner of Bigg Boss 15. Tejasswi has expressed her fondness for producer Ekta Kapoor on many occasions after they established a successful collaboration with the sixth installment of Colors TV’s most popular supernatural show. Recently, the popular actress took to her Instagram handle and wished producer Ekta on the release of her new film Goodbye, with a special video.

In the video, Tejasswi Prakash is seen posing with Ekta Kapoor at the Durga Puja pandal of Balaji Telefilms. “I’m, with the most amazing producer on the planet. So, I’m at our Durga Puja. And this one is for you especially, for doing great work. And this is especially for Goodbye. I could not attend the screening today because I was shooting for Naagin. But all the very best, it is going to be epic. It is going to be a super duper hit like all your other films coming ahead. All the very best, Congratulations ma’am,” said the Naagin 6 actress in her video. 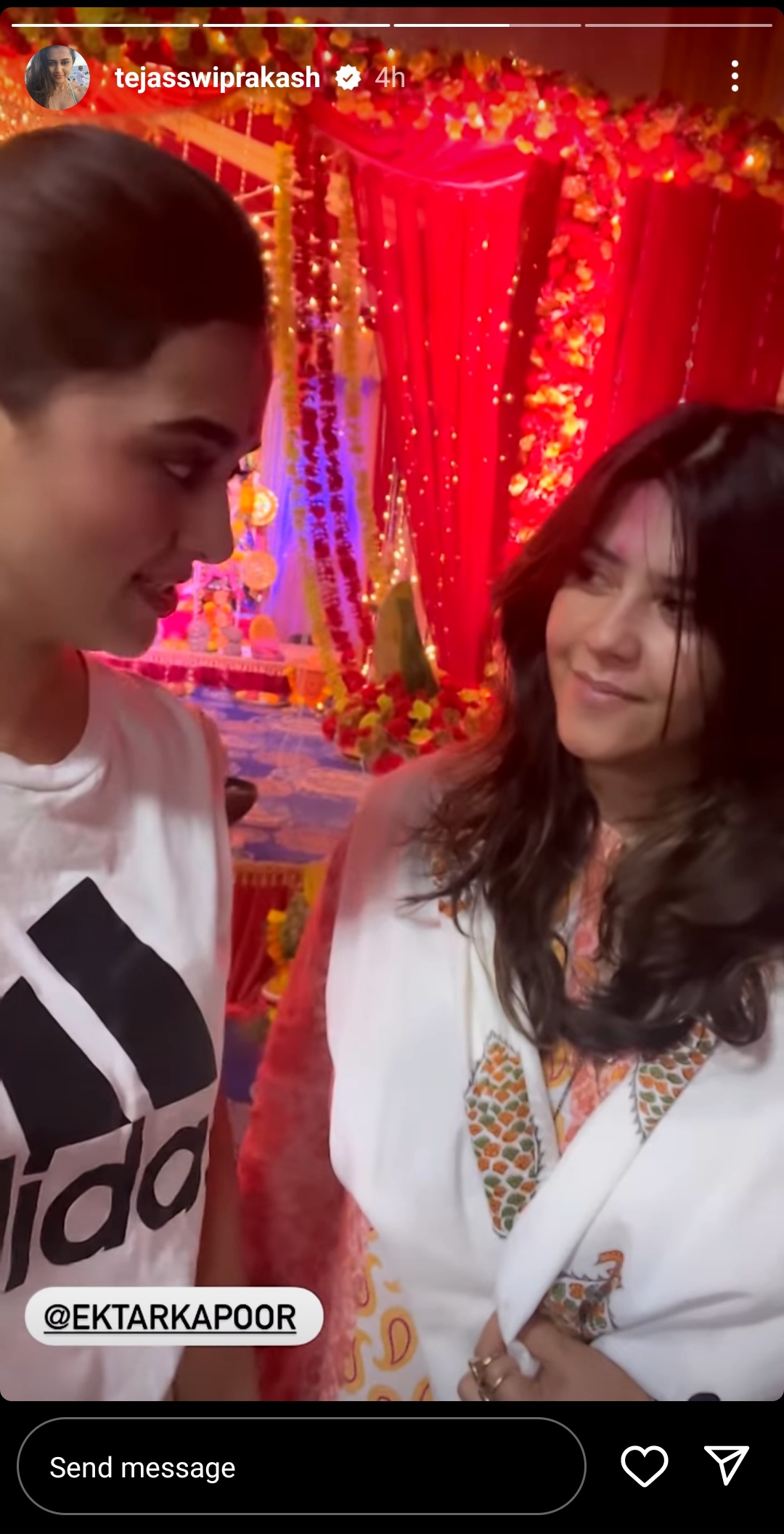 Ekta Kapoor, who is visibly amused with Tejasswi Prakash’s cute wishes for her film, replied: “And most importantly, now that you’ve put the camera on, I’m gonna say - Hum walk karte waqt time nahi dete.” Tejasswi agreed with Ekta’s statement and concluded her video with a big laugh. The actor and producer’s camaraderie in the video is truly a treat to watch, especially for the fans of the Naagin franchise.

Coming to Goodbye, the movie which is touted to be a family drama, features Amitabh Bachchan, Neena Gupta, and Rashmika Mandanna, in the lead roles. The Vikas Bahl directorial marks Rashmika’s debut in Bollywood, even though it was the romantic drama Mission Majnu that she signed first. Goodbye features a stellar star cast including Sunil Grover, Pavail Gulati, Ashish Vidyarthi, Elli AvrRam, Shivin Narang, and others in the supporting roles.

ALSO READ: No space between Tejasswi Prakash-Karan Kundrra and their romance? Find out here