Jhalak Dikhhla Jaa season 10 began with a bang after a hiatus of 5 years. Within a short span of time, the show has garnered an amazing response from fans. The new season promises exceptional performances, entertainment, and also all things glam for which the audiences were waiting eagerly. The contestants and judges have been celebrating unique themes every weekend such as Retro special, Bollywood special, Family special, and others. In the upcoming weekend, the contestants will be celebrating the auspicious occasion of Navratri.

Today, the contestants of the show including Nia Sharma, Niti Taylor, Amruta Khanvilkar, Gunjan Sinha, and Gashmeer Mahajani, were spotted on the sets of Jhalak Dikhhla Jaa 10. Nia looked gorgeous as she was decked up in a green lehenga, whereas Niti looked beautiful in a heavy traditional outfit. Amruta was seen donning a 'Marathi look', on the other hand, little Gunjan Sinha was seen wearing a traditional Assamese outfit. Gashmeer Mahajani was also donning a dapper look as he made an appearance on the sets of the show.

Paras Kalnawat is spotted wearing a Rajasthani outfit for the Navratri special episode. He was seen donning a multicoloured coat on a white traditional outfit. It’s the ideal outfit for the dandiya dance, and with exquisite embroidery and dhoti as the bottom wear, it is a comfy piece of clothing that is perfect for dancing. 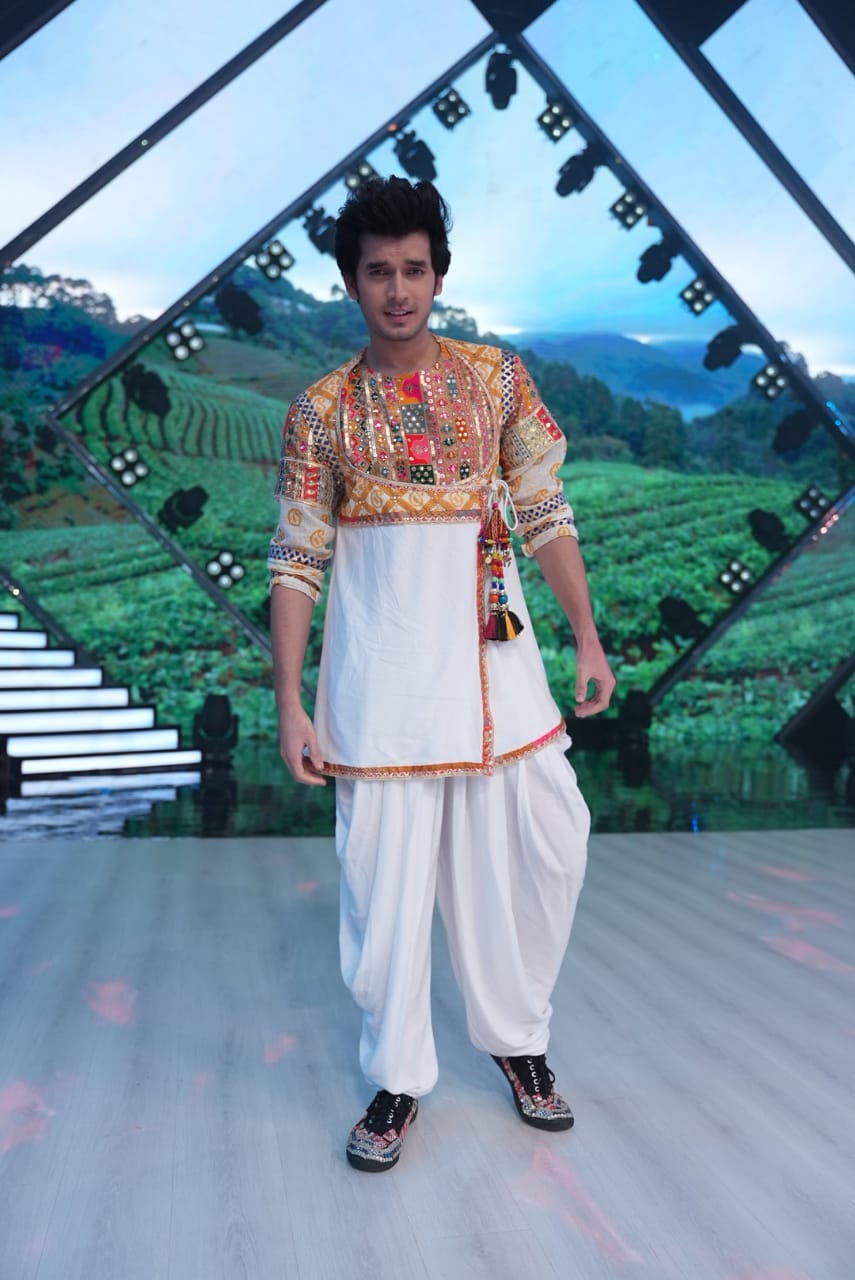