Jhalak Dikhhla Jaa season 10, touted as one of the most popular and star-studded shows, is all set to draw its curtain with the finale being around the corner. Blending flawless moves with daredevilry, the competition is heating up as contestants push the envelope by experimenting with interesting dance forms in the bid to earn a ticket to the grand finale. It is definitely a treat for the audience to witness such power-packed performances of their favourite participants every week.

Bringing a bonanza of double entertainment, the dhamakedar semi-finale weekend of Jhalak Dikhhla Jaa season 10 welcomes the stars of ‘Govinda Mera Naam’ Vicky Kaushal and Bhumi Pednekar. Among the many incredible highlights of the episode, Vicky Kaushal confesses about his childhood crush being Madhuri Dixit. While talking to the host Maniesh Paul on stage, Vicky shares, “Since my childhood, I have had a crush only on one person. And that person is none other than Madhuri Dixit. I just don't want to miss this opportunity to dance with her.” 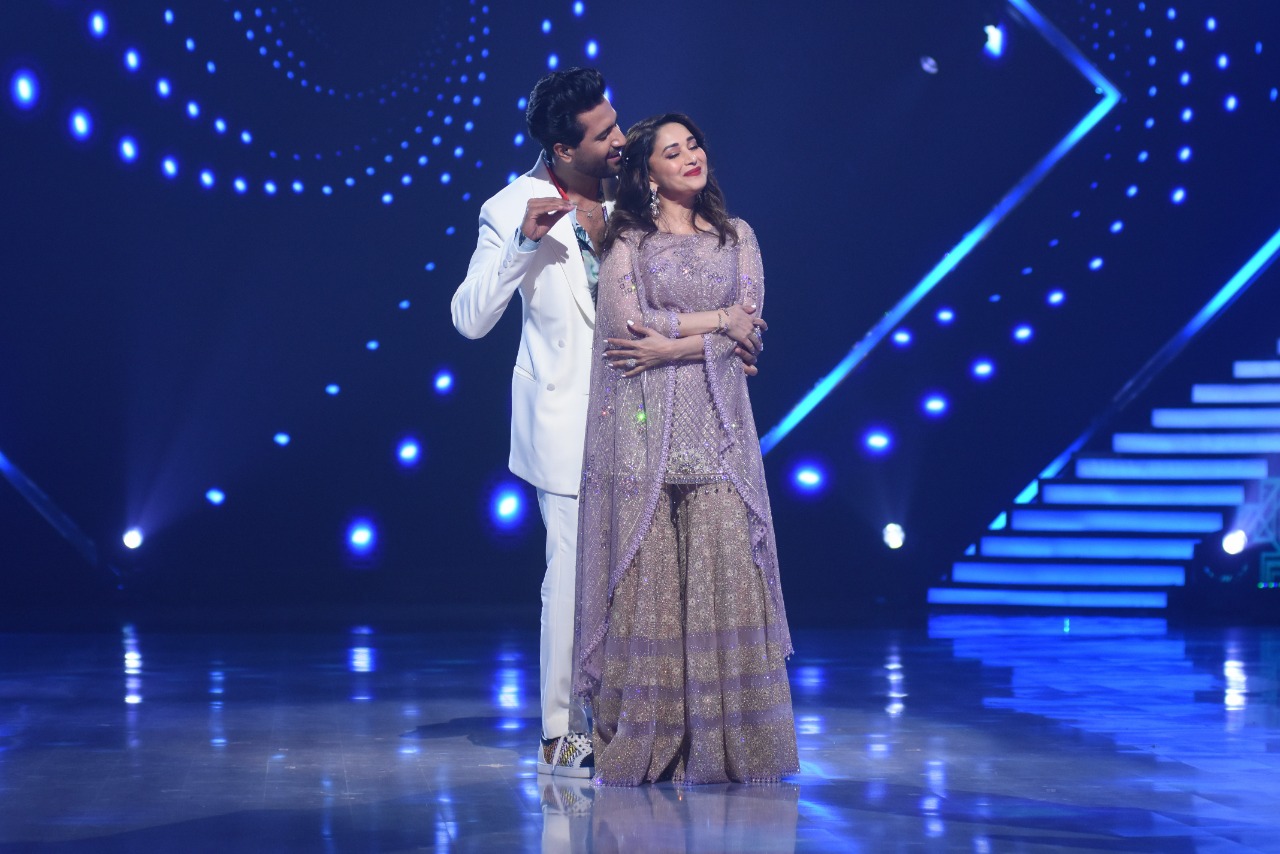 Vicky says, “In fact, I did this movie so that I can come on Jhalak Dikhhla Jaa and dance with Madhuri ma’am.” Having bared his heart, he requests Madhuri Dixit to share the stage with him. Both of them groove to her song and the fanboy couldn’t stop blushing. At the end of their performance, Vicky bows down to the evergreen beauty and hugs her. In the middle of glamour and the grit to win, watch out who makes it to the finale and bags the coveted trophy this season.

ALSO READ: Kajol had a 'big' crush on THIS Bollywood actor and it's not Ajay Devgn; Karan Johar spills the beans

Vicky Kaushal OPENS up about that one person who s...

Katrina Kaif glows in the winter sun as she enjoys...

Anonymous
Nov 21, 2022 03:27 PM
The way Colors is favouring Rubina is sickening . Someone needs to challenge these guys in court of law .
0 REPLY
View more (2) comments