No space between Tejasswi Prakash-Karan Kundrra and their romance? Find out here

Check out a glimpse of cute romance between Tejasswi Prakash and Karan Kundrra. Tejasswi Prakash and Karan Kundrra are one of the most popular and adored couples in the television industry. They met inside Salman Khan hosted Bigg Boss 15 and since then they are inseparable. Their fans lovingly call them ‘TejRan’ and the couple never misses a chance to shower love on each other, be it onscreen or offscreen. They are also regarded as among the most fun-loving couples in the telly industry. Speaking of which, Karan Kundrra recently shared a video as he is complaining about having no space.

In the video shared by the Bigg Boss 15 fame Karan Kundrra, he is showing a round handy mirror, which comprises a picture of him and his ladylove Tejasswi Prakash. Apart from the mirror, the table in front of him is filled with lots of gifts from the fans. Also, the couch in front of him has bags and other stuff kept on it. He shared in the video, “@tejasswiprakash there’s no concept of space anymore.” 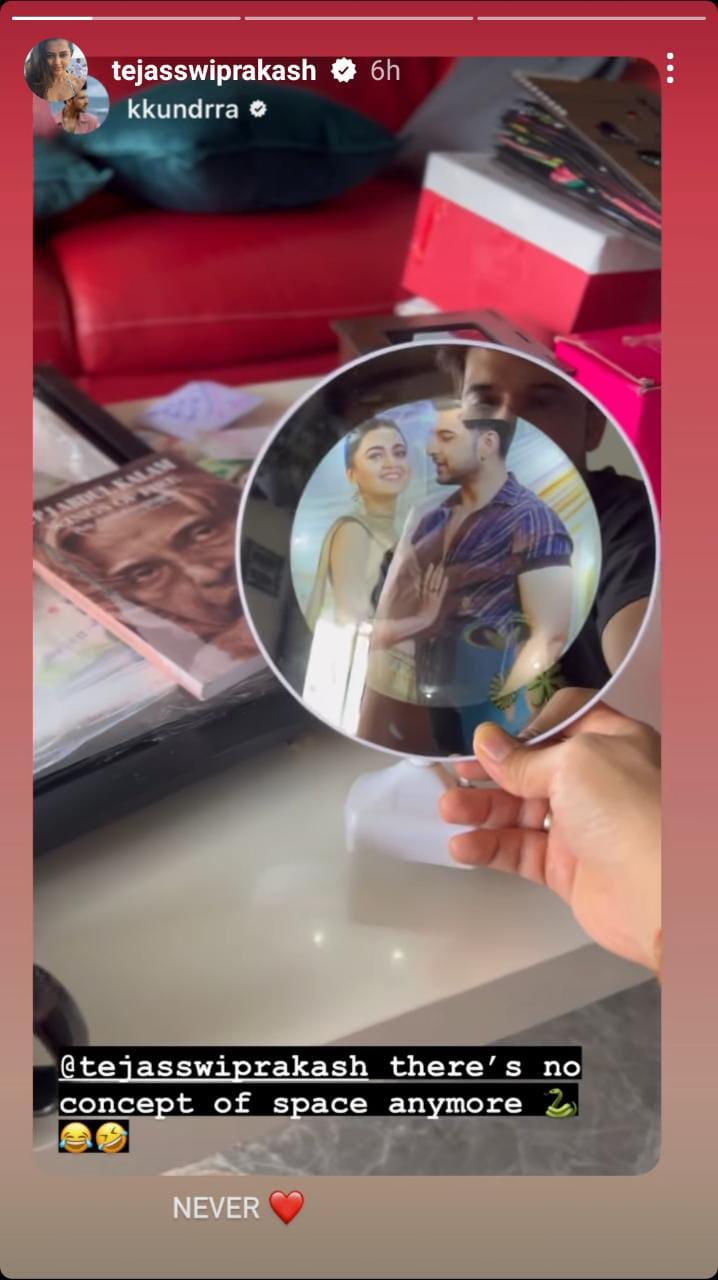 Also read- PICS: Tejasswi Prakash, Karan Kundrra can't 'afford being away' from each other; Say 'Unapologetically US'