Jasmin Bhasin and Aly Goni fell in love when they were on Bigg Boss 14. Jasmin Bhasin and Aly Goni are among the most popular celebrities in the TV industry. The duo enjoys a massive fan following owing to their acting skills and chemistry. For the uninformed, Jasmin and Aly fell in love during Bigg Boss 14 and since then they are going strong with their relationship. Ever since the two made their relationship public, fans have been going gaga.

Jasmin and Aly have also starred in music videos together and impressed their fans with their on-screen chemistry as well. The couple's fans adorably call them as 'Jasly' and the duo never shies away from expressing their love for each other. Aly recently purchased a plot and his new lavish abode is almost ready. Today, Jasmin shared a picture of Aly on her Instagram story. In this photo, Aly is seen posing near his house and Jasmin wrote, "Proud of you my Rockstar". 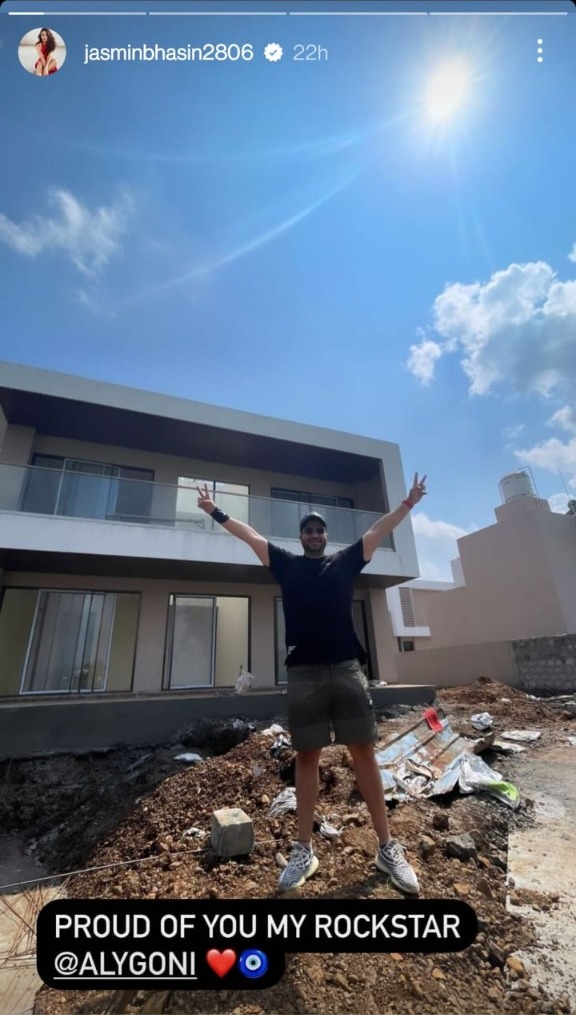 Speaking about Jasmin Bhasin's career, the actress has been a part of numerous successful shows like Dil Se Dil Tak, Dil Toh Happy Hai Ji, Naagin 4: Bhagya Ka Zehreela Khel, and others. She is making her debut in the Punjabi industry with the movie 'Honeymoon' opposite Gippy Grewal. Jasmin has also signed her Bollywood film that is penned by Mahesh Bhatt and presented by Vikram Bhatt and K Sera Sera. Also, Jasmin collaborated with Shivin Narang for a music video titled, 'Ijazzat Hai' and also featured in 'Iss Barish Mein' opposite Shaheer Sheikh. Her last appearance was opposite beau Aly Goni in the popular music video titled ‘Sajaunga Lutkar Bhi’.

Also Read: Jasmin Bhasin is sleepy on set and pushes herself to work; WATCH for motivation