Rubina Dilaik, Abhinav Shukla drop PICS with Aakanksha Singh and other friends as they head for a road trip

Rubina Dilaik, Abhinav Shukla drop PICS with Aakanksha Singh and other friends as they head for a road trip

Rubina Dilaik and Abhinav Shukla are one of the favourite couples in the telly world. The two often grab the limelight as the lovebirds never fail to express their feelings to each other publicly. Rubina and Abhinav are often spotted going on holidays and spending time together. They also treat fans with dreamy pictures from their vacation. Now, again the couple has stepped out of the house with their friends and are on a road trip.

Rubina Dilaik, who is known to have been maintaining an active social media presence, dropped some fun pictures of her road trip with their friends. Rubina also shared a video on her Instagram handle in which she is seen dancing along with Aakanksha Singh and other friends on a boat. Rubina redefines beauty as she opted for a perfect colourful bodycon short dress for her trip with her friends. There are many other pictures shared by Rubina and Abhinav on their respective Instagram handles. 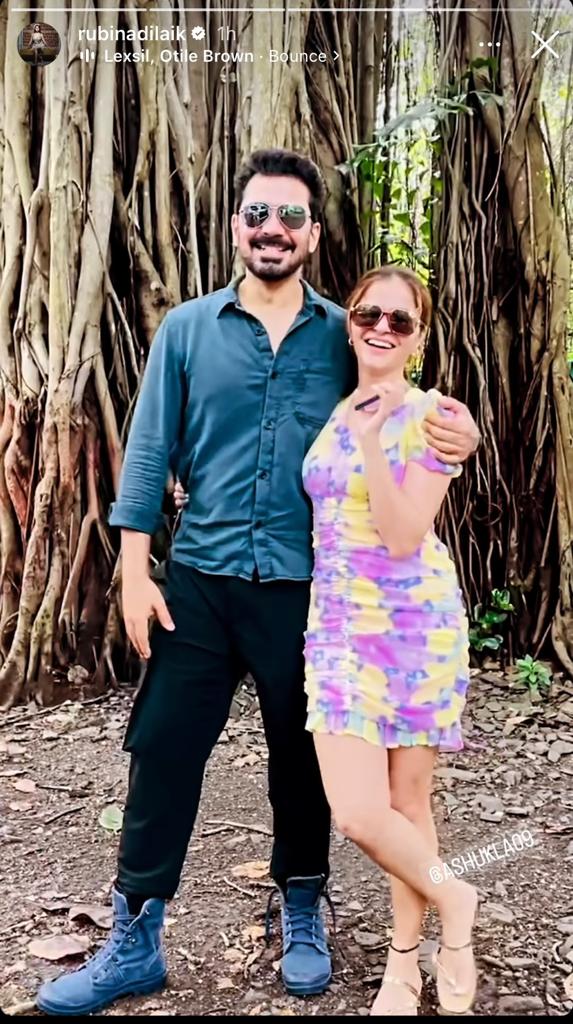 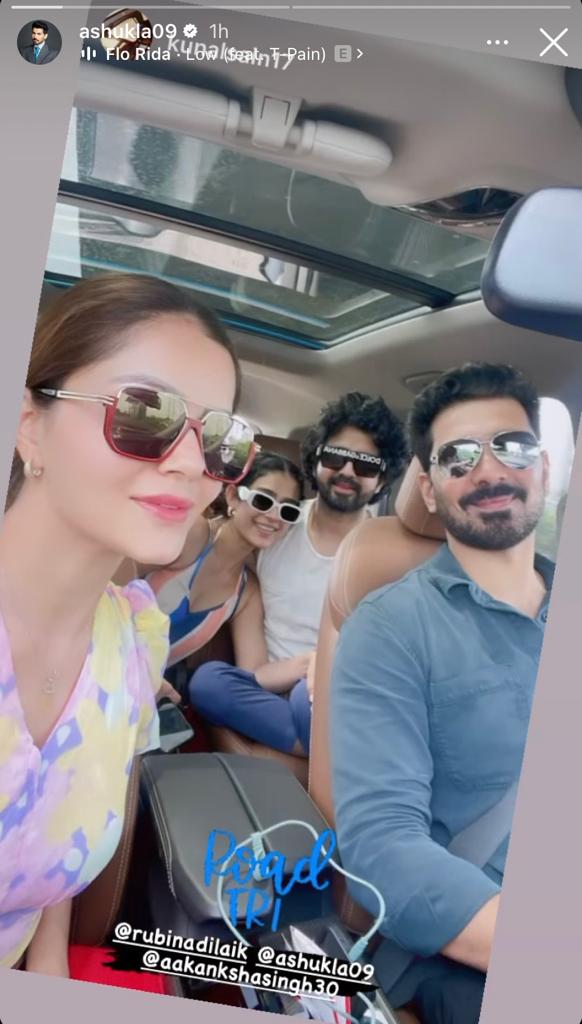 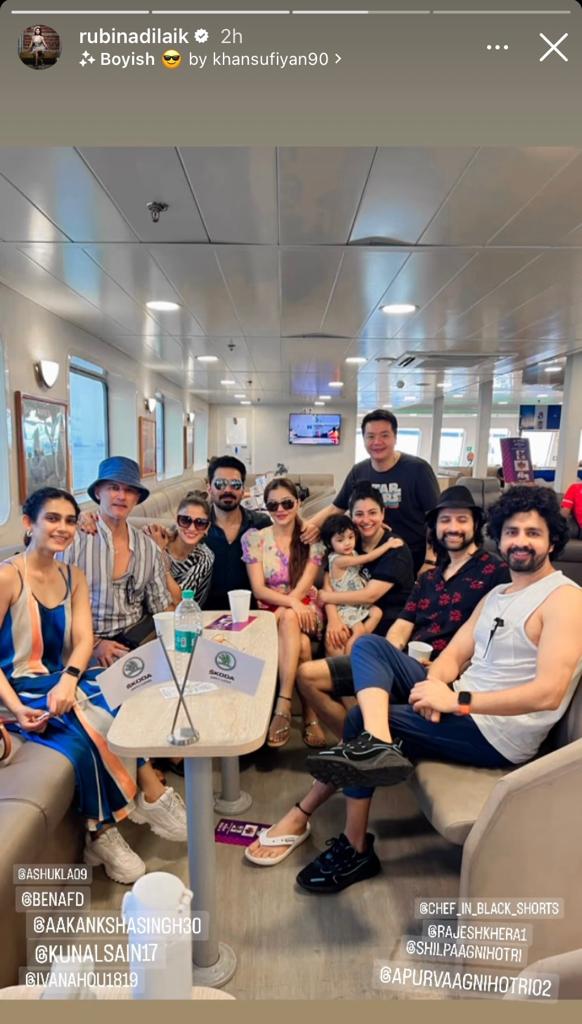 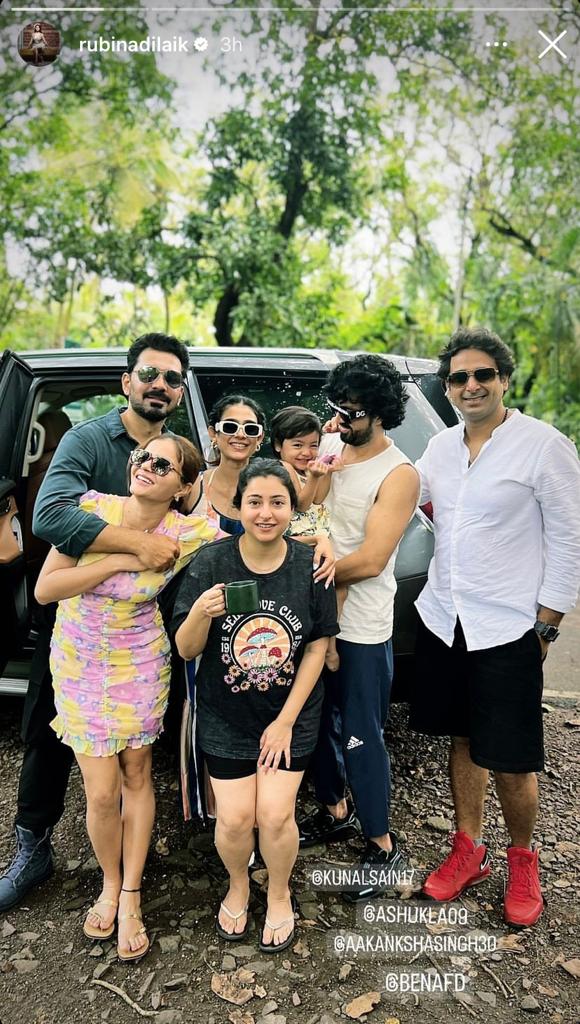 Speaking about Rubina and Abhinav Shukla, the couple met through their mutual friend and immediately formed a connection. Rubina was the first one to take the initiative, and Abhinav also expressed his love for her. The couple tied the knot on 21st June 2018. However, later both spoke about the tough times in their marriage and even mentioned that they contemplated divorce during their Bigg Boss 14 journey. But considering their love for each other, the duo worked on their relationship and emerged stronger.

On the professional front, Rubina was seen in the reality show Bigg Boss 14, and she was the winner of the season. She was also seen opposite Rajpal Yadav in a film titled Ardh, which premiered on Zee5 on 10th June. Rubina will soon be seen setting the stage on fire with her exceptional dance moves on the stage of the popular dance reality show Jhalak Dikhhla Jaa season 10, along with her talented choreographer Sanam Johar.