Shehnaaz Gill enjoys a yacht ride in Dubai; Gives a glimpse of the city lights and ferris wheel

Shehnaaz Gill enjoys a yacht ride with friends in Dubai. Shehnaaz Gill enjoys a yacht ride with friends in Dubai.

Shehnaaz Gill is one of the most popular faces in the showbiz world and rose to fame after her stint in Salman Khan's hit show Bigg Boss 13. Post that, success kissed her feet and the actress went to endorse some reputed brands on social media and signed numerous projects. Now, Shehnaaz is gearing up for her upcoming Bollywood debut film with Salman Khan, titled 'Kisi Ka Bhai Kisi Ki Jaan.' She has a massive fan following on social media. Her beauty and innocence struck a chord with her fans, who active shower love on her. And, she never fails to share her daily routine with her loved ones on Instagram.

Shehnaaz Gill is presently enjoying her trip to Dubai as she shared a glimpse of the night cruise in the city. She shared a video of the scenic view from the yacht and also the people who were with her on the cruise. She also shared a video of herself in front of the giant Ferris wheel. She is seen posing as her friends switch on phone lights for her. Shehnaaz sported a multicolour loose top with black shorts. 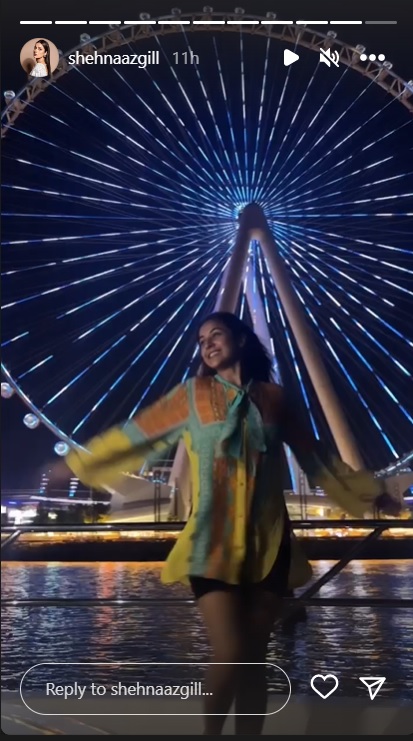 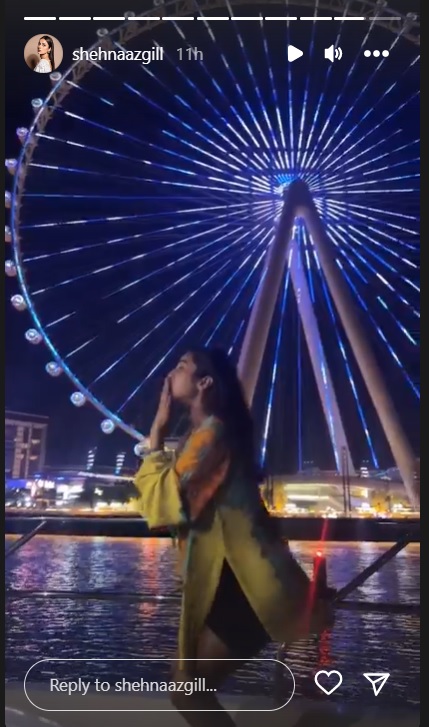 Shehnaaz began her career with the 2015 music video, Shiv Di Kitaab. In 2017, she made her debut as an actress in the Punjabi film Sat Shri Akaal England. She later starred in Kala Shah Kala and Daaka in 2019. Shehnaaz Gill is also a good singer. Shehnaaz was last seen in Honsla Rakh alongside Diljit Dosanjh and Sonam Bajwa.