Tejasswi Prakash and Abhinay Berde starrer Mann Kasturi Re to release on November 4. Tejasswi Prakash is among the well-known actresses in the entertainment industry and is presently winning many hearts with her excellent acting chops in Ekta Kapoor's popular supernatural show Nagin 6. Along with it, Tejasswi is climbing new steps in her professional life as she is all set to feature in a Marathi film titled Mann Kasturi Re. She recently unveiled the poster of her upcoming film in which she stars along with Abhinay Berde.

Karan Kundrra too praised the first look of her lady love's upcoming film and shared the video on her Instagram story. Sharing this, he wrote, "Shine bright like a star that you are". 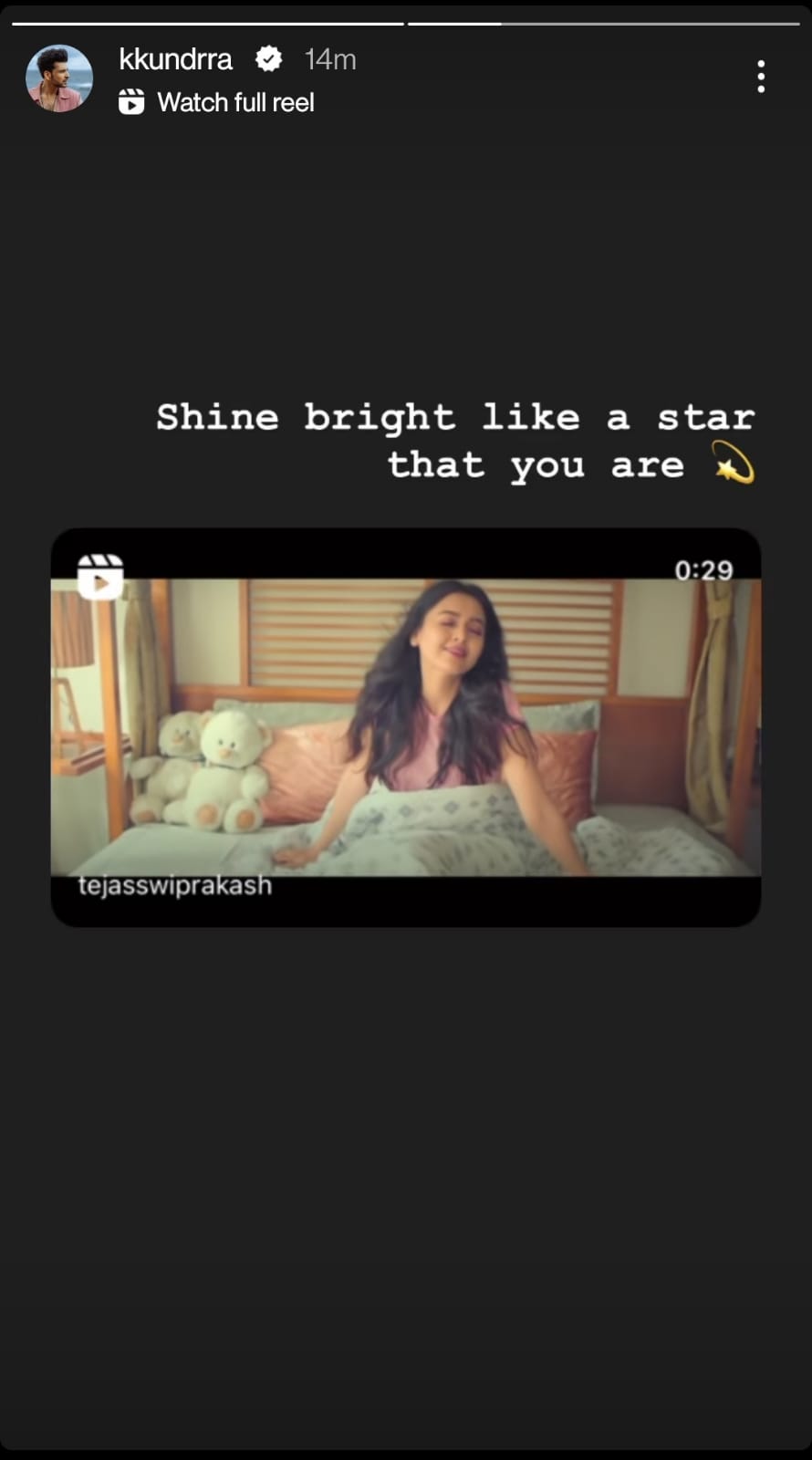 About Mann Kasturi Re:

Mann Kasturi Re features Tejasswi Prakash and Abhinay Berde in lead roles. Tejasswi will be seen playing Shruti, whereas Abhinay will play Siddhant in the film. According to reports, Tejasswi will be portraying the role of a college student in the movie. The film is slated to release on November 4, 2022.

Also Read: Tejasswi Prakash opens up about being body-shamed in school: 'People used to call me a hanger'