The Kapil Sharma Show: Radhika Apte reveals a cat helped her for date as she promotes Vikram Vedha

Radhika Apte reveals a cat helped her choose a date . The Kapil Sharma Show new season is back with a bang. Ace actress Radhika Apte will be gracing the popular comedy show, The Kapil Sharma Show to promote her upcoming film, Vikram Vedha. She will promote the movie along with co-stars Saif Ali Khan, Yogita Bhiyani, Rohit Saraf, Satyadeep Mishra, Sharib Hashmi, and Directors- Gayatri and Pushkar, this Sunday. Enjoying herself to the fullest and spilling some beans on her personal life Radhika would reveal how she decided to go on a date with her now husband.

Host Kapil would be seen asking Radhika Apte, if it’s true that a cat helped her select her date. Letting the cat out of the bag and leaving everyone surprised, Radhika Apte revealed the incident and said, “This happened once. There were two different boys who asked me out for a date on the same day. One was my now husband and one was the other guy. As I was confused my roommate suggested taking the cat’s help who always came to our house to have food. My roommate and I kept tuna fish in one bowl and other fish in another bowl and decided tuna is Benedict and if she eats from the other bowl it’s the other guy. The cat ate the tuna fish and I went on a date with Benedict and now I’m married to him. It’s been 12 years since then.” 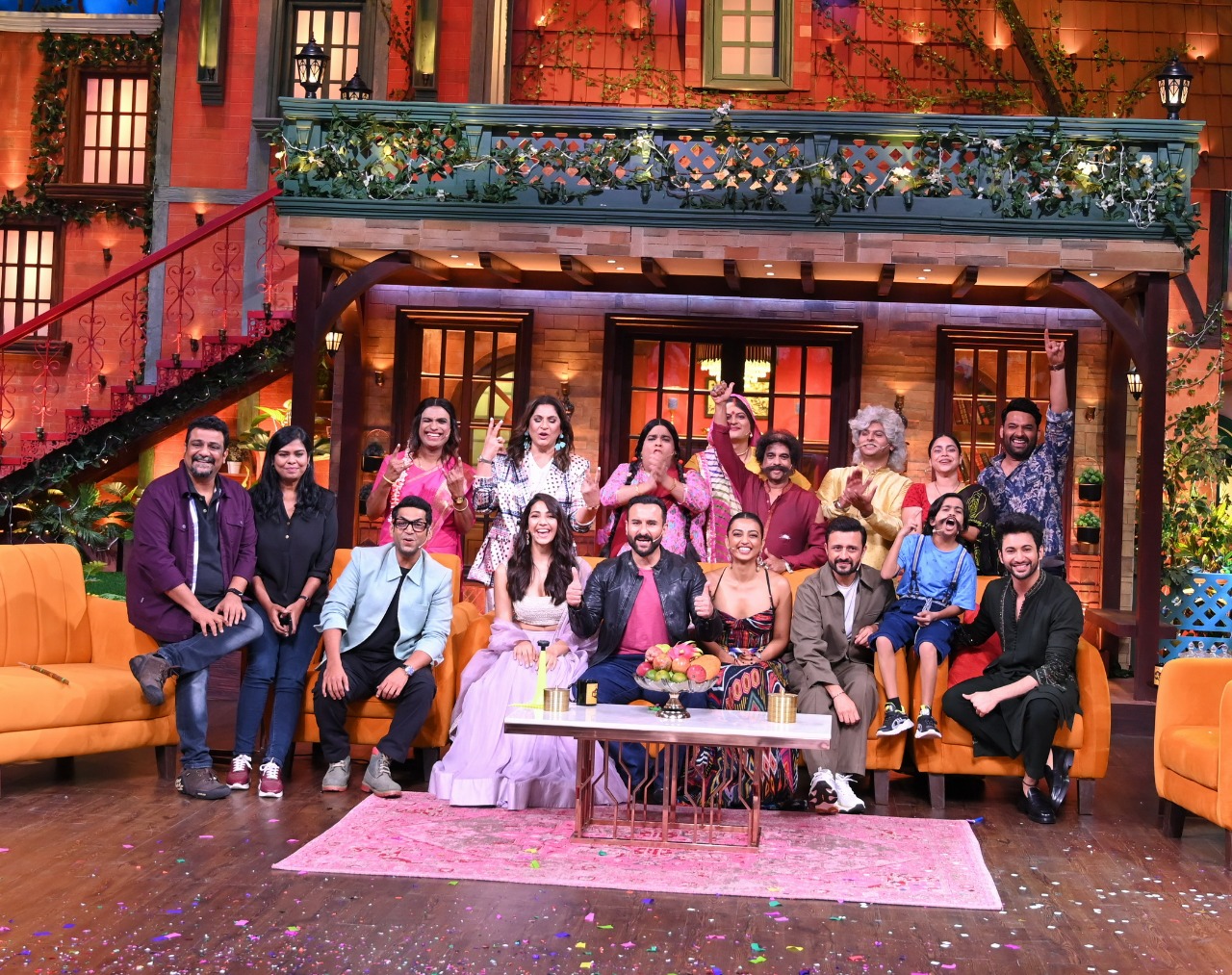 This honest revelation of Radhika left everyone laughing including herself.

Kapil, known for his witty jokes, pulled Saif Ali Khan's leg and quipped that he's only seen chasing people or things in most of his films. The comedian said, "A few people may have observed that in Bhoot Police, he was chasing the 'bhoot'. In Bunty Aur Babli 2, he's behind the fake Bunty and Babli and in this film (Vikram Vedha) he's chasing down Hrithik Roshan. This concludes 'pakadne me ye kaafi expert hain'." This leaves everyone in splits, including Saif.