Khatron Ke Khiladi 12 was a massive hit among the audience and the well-deserving contestant Tushar Kalia became the winner of the season. The ace choreographer not only lifted the trophy but also won a car and Rs. 20 lakhs prize money.  He took to his Instagram and thanked his fans and followers for their support. Tushar beat Faisal Shaikh and Mohit Malik to win the title of the Rohit Shetty-hosted show. The action-packed finale stunt had the three men going through various levels of thrill and obstacles. The competition was quite a close one between Tushar, Faisu and Mohit, however, the former managed to win the final stunt.

Numerous friends and fans of the choreographer took to social media to appreciate him and wished him for success. Rajiv Adatia wrote, “Congratulations Tusharrr! @thetusharkalia so happy for you!I purposely lost some stunts so you could win! I was actually the winner but I thought let me give to my dearest Tushar instead!! Hahahah! Jokes aside well deserved!!! And congrats.” Tushar’s fiancée Triveni Barman commented, “My khatron ke Khiladi Super proud @thetusharkalia”, Chetna Pande wrote, “Congratulations @thetusharkalia .. you were the most dedicated Khiladi from day I ... you deserve every bit of it.” Sriti Jha, Nishant Bhat and Bharti Singh also shared the post on social media. 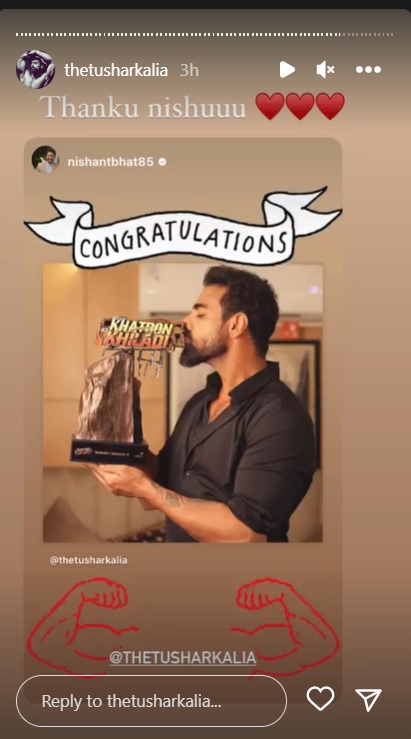 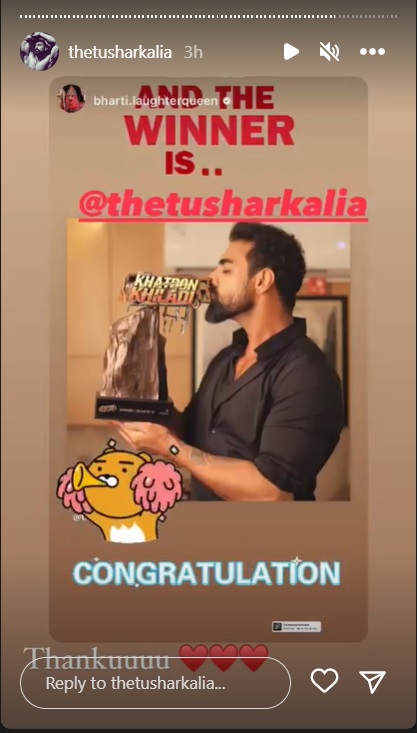 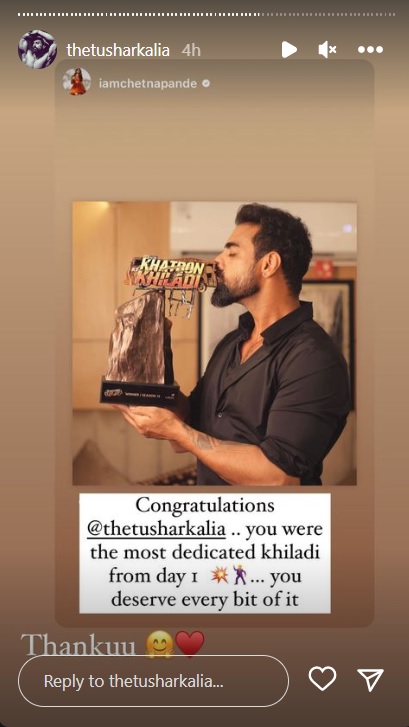 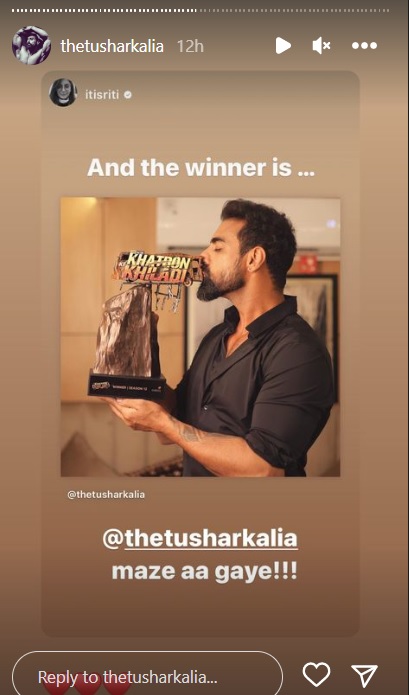 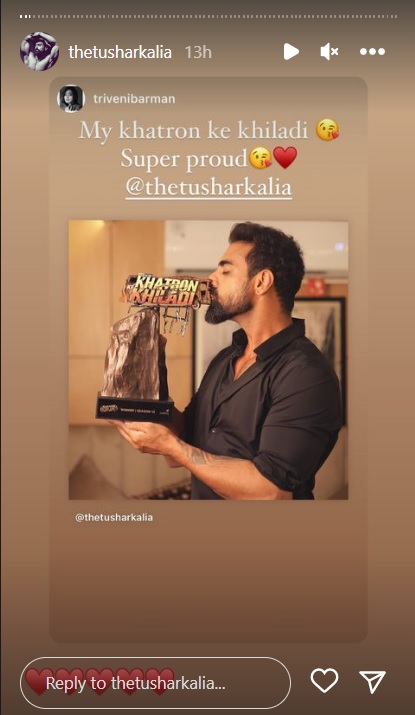 The adventure reality show has been quite popular this year. Shot in Cape Town, South Africa, the series featured some breathtaking stunts. The contestants this season not only impressed host Rohit Shetty but also the audiences with their grit and strength. Tushar Kalia was one of the strongest candidates, performing each stunt as his last, and winning most of them. The contestants of Khatron Ke Khiladi 12 were Rubina Dilaik, Tushar Kalia, Erika Packard, Mr. Faisu, Jannat Zubair, Aneri Vajani, Mohit Malik, Shivangi Joshi, Chetna Pande, Kanika Mann, Sriti Jha, Pratik Sehajpal, Nishant Bhat, and Rajiv Adatia. The Grand Finale of Khatron Ke Khiladi 12 premiered on September 25.