Nia Sharma needs no introduction! This diva lets her talent and her amazing fashion sense do all the talking. Nia has managed to carve a niche for herself in this huge entertainment sector and over the years created an unforgettable identity. She proved her acting mettle in numerous shows and garnered a massive fan following. Along with her talent, her bold fashion sense and confidence have also been loved by her fans. Due to this, she ranks among the top actresses in the showbiz world.

Today, Nia has completed 12 blissful years in the industry, and the actress feels elated for achieving this milestone in her professional life. She shared a video on her social media handle and gave a glimpse of her celebration to her Instagram family. In this video, we see the actress flaunting her specially customized tiger-designed cake, balloons, and an N-shaped hamper as well. Sharing this video, she wrote, "It all seems like yesterday. Walking into the 13th year be Like….Thanks for all this VD."

Nia also shared several pictures from her celebration on her Instagram story: 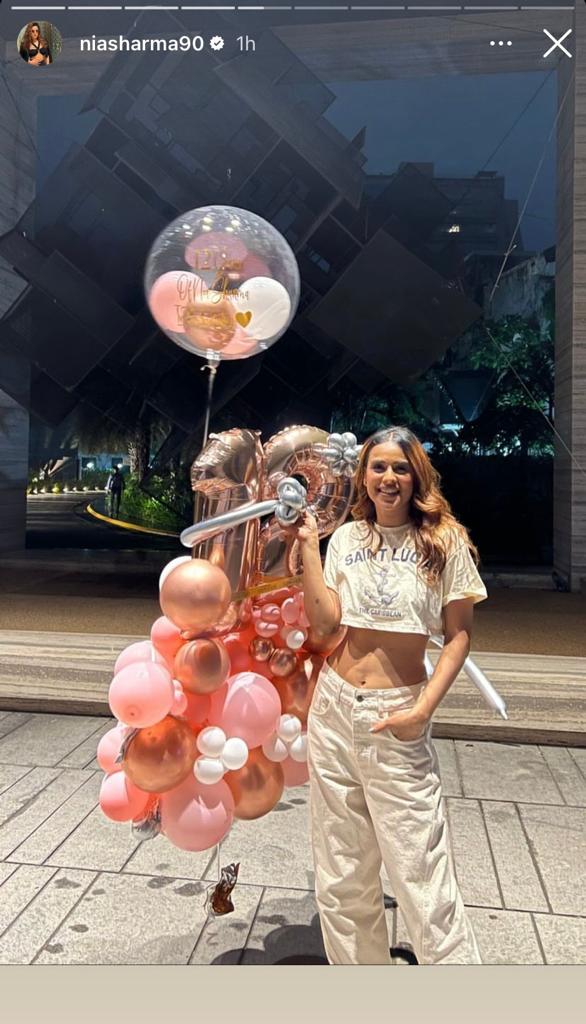 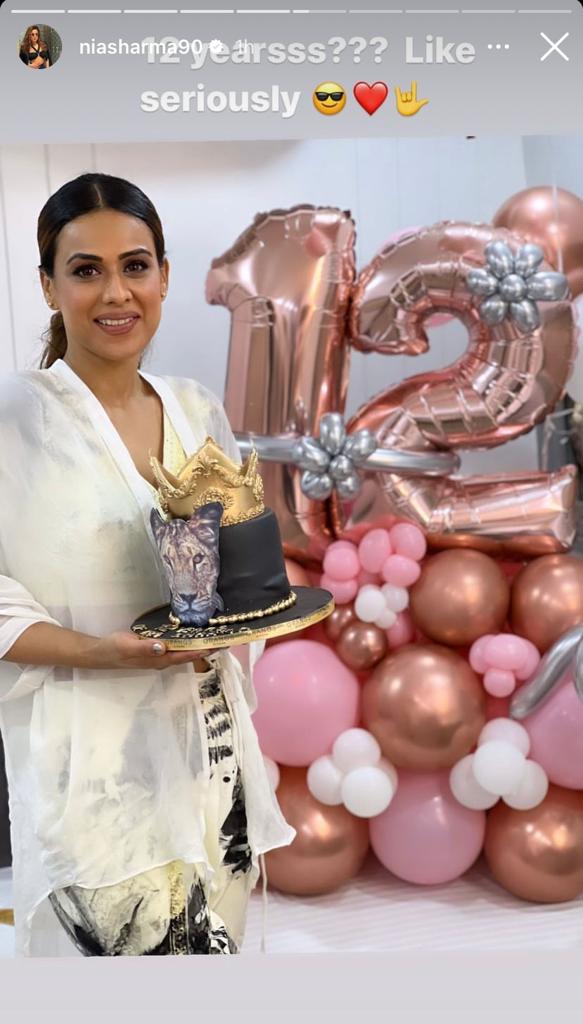 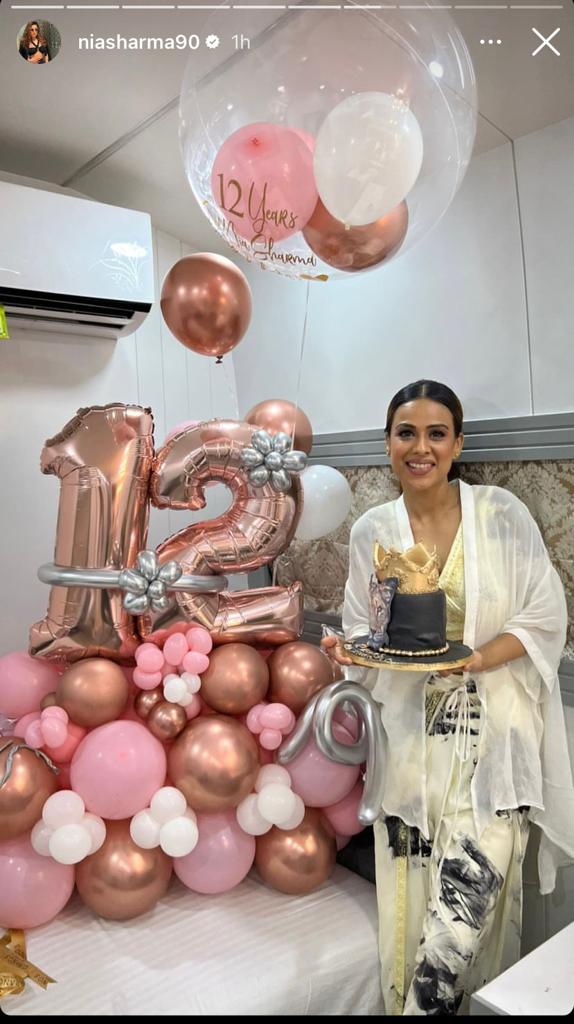 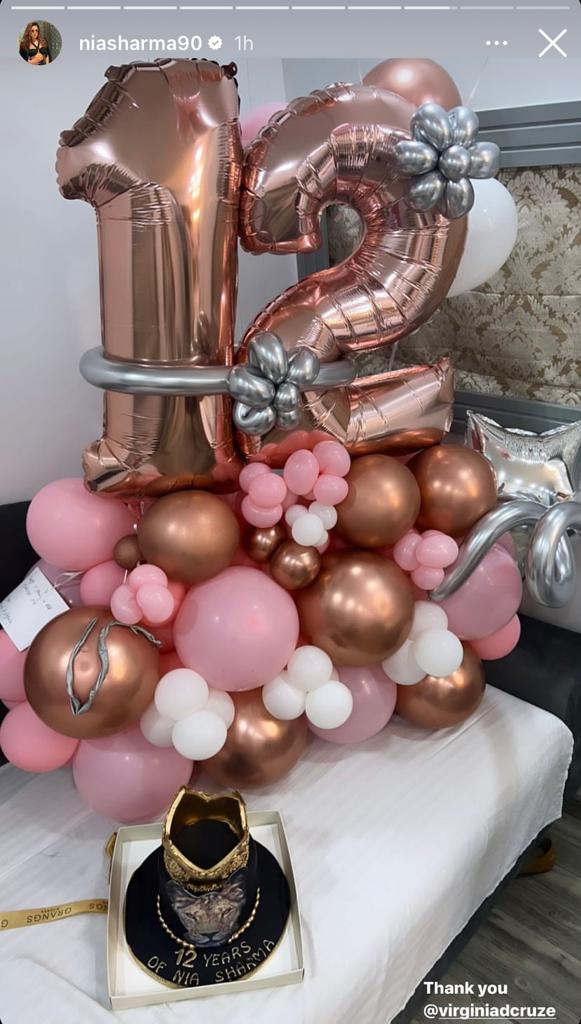 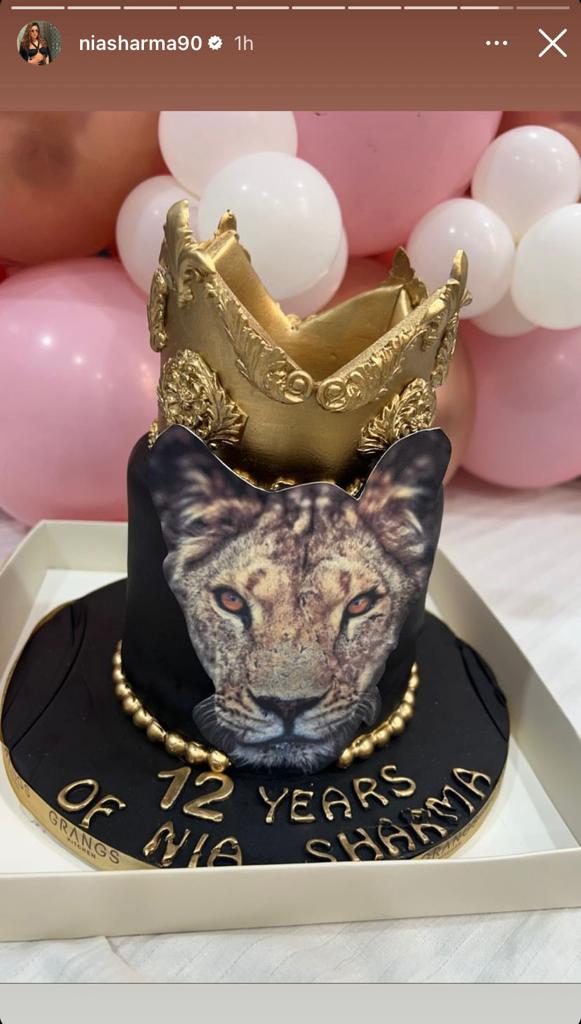 Speaking about Nia, the actress is presently seen in the popular dance reality show Jhalak Dikhhla Jaa season 10. Sharing her joy and nervousness about doing the show, Nia Sharma said, "After 11 years, I've got the opportunity to do Jhalak Dikhhla Jaa and it just feels unreal. Ever since the journey has begun, it's excruciating. I think I've taken my pillow and blanket to the hall itself (laughs). The first performance, the jitters, the anxiety, panic attacks, I've felt all, and after that when your performance goes good, it feels like everything. I've felt my best and I am the happiest right now."