Here’s everything to know about the Netflix series Monster: The Jeffrey Dahmer Story

Netflix released a series called 'Dahmer – Monster: The Jeffrey Dahmer Story'. This new crime-based series is based on a serial killer named Jeffrey Dahmer. He had raped and murdered at least 17 men and also indulged in cannibalism. Jeffrey Dahmer is a known and infamous serial killer in America. He was responsible for the killings and dismemberment of 17 men and boys between 1978 and 1991. He gained the nickname "cannibal" because it was discovered that he had eaten the flesh of several of his victims and preserved their remains in his refrigerator. Since then, his life has been told in five feature-length films and documentaries, several books, and numerous television documentaries. Netflix has commissioned a new limited series about Jeffrey Dahmer from Ryan Murphy (American Horror Story) and Ian Brennan (The Politician). The series comprises ten episodes, each recounted from the perspective of one of Dahmer's victims. Carl Franklin (High Crimes) directed the pilot, while the remaining episodes were directed by Paris Barclay (Glee) and Janet Mock (Hollywood), in addition to Franklin.

Murphy and Brennan write the majority of the episodes, with additional episodes written by David McMillan (Sleepy Hollow), Janet Mock, and American Horror Story writers Reilly Smith and Todd Kubrak. This article will tell you everything you need to know (maybe a bit too much) about Monster: The Jeffrey Dahmer Story, a Netflix original miniseries. True crime has always been a popular nonfiction category. In the last decade, true stories of twisted serial killers have reawakened interest on Netflix. Netflix has produced several productions that pull from history's most terrible headlines, including historical dramas like Mindhunter, gripping documentaries like Making a Murderer, and biopics like Extremely Wicked, Shockingly Evil, and Vile.

Ryan Murphy is no stranger to scandal. Murphy has received both criticism and acclaim for his unique take on current political and social issues. A new Murphy project is bound to spark debate, whether it's about democratic elections (The Politician), LGBT representation in the film industry (Hollywood), or prejudice in the fashion sector (Halston). However, telling a true story of evil, such as Monster: The Jeffrey Dahmer Story, comes with a certain amount of responsibility. The series' portrayal of the genuine victims of Dahmer's crimes must be respectful and sensitive.

Was Jeffrey Dahmer a real person? 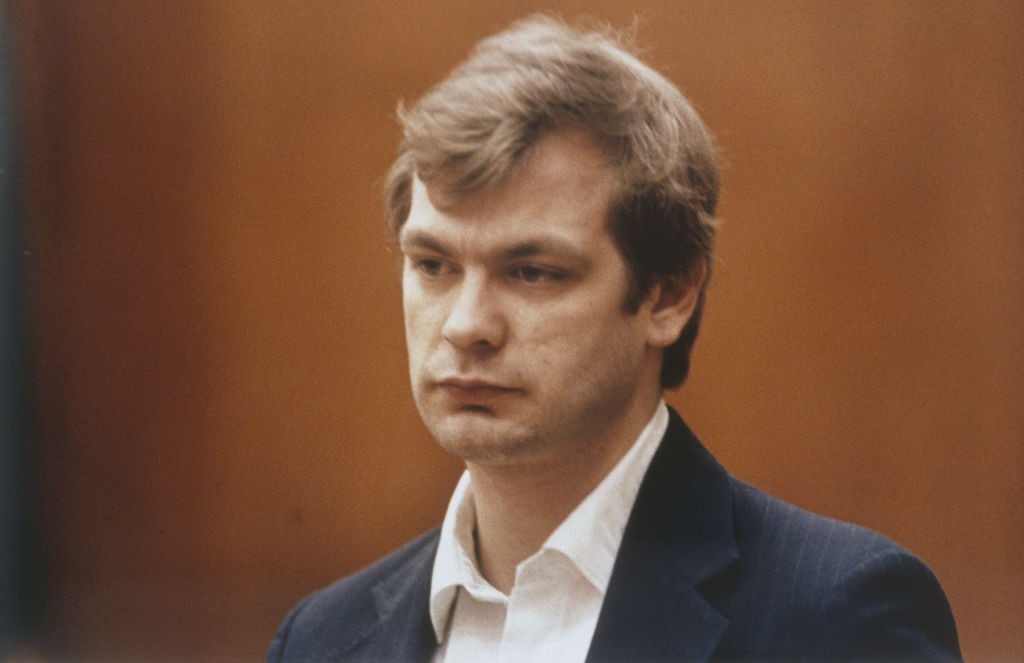 Between 1978 and 1991, Jeffrey Dahmer, widely known as the "Milwaukee Cannibal," was convicted of the murders of at least seventeen young men. The authorities' utter disdain for evidence was apparent in the Dahmer case; multiple police officers were fired after it was revealed that Dahmer had been permitted to keep a teenage boy captive in his home after claiming that they were in a relationship. In 1992, Dahmer was condemned to fifteen life sentences. Despite having a borderline personality disorder, schizotypal personality disorder, and psychotic disorder, Milwaukee Courts concluded that Dahmer was legally sane.

Dahmer's parents believed he had a pretty normal childhood, but he began to exhibit early signs of mental instability after becoming obsessed with dead animals. They divorced in July 1978, just after Dahmer graduated from high school. Dahmer became more isolated in his late teens and was considered a social outcast in his society.

At least seventeen people have been identified as victims. Dahmer used his soft-spoken charm to entice young men before performing necrophilia and cannibalism on the victims he lured to their deaths. Dahmer frequently kept severed body parts as "trophies." When the case was made public, Dahmer became the focus of numerous documentaries and nonfiction novels. Christopher Scarver, a fellow inmate at the Columbia Correctional Facility, beat Dahmer to death in 1994.

This limited series will trace the legendary serial killer's life through the eyes of his many victims. Dahmer's youth and home life will also be explored in the show, as he was relatively young when he began to exhibit questionable actions and interests. Konerak Sinthasomphone, one of Dahmer's victims, fled and went to the police to report that his life was in danger, only to be returned to Dahmer's doorstep by the cops, who disregarded the argument as a "lover's dispute." The victim, who was only 14 years old at the time, was located inside Dahmer's refrigerator and died less than an hour after the cops dropped him off with his killer.

The account of the police mismanagement of the incident became well-known after Dahmer was sentenced to 15 consecutive life terms without parole in 1992; therefore, this limited series would most likely center on this specific victim and his family. If they had done a background check on Dahmer, they would have discovered that he was a sex offender with a child molestation charge dating back to 1988, when the victim was Konerak's older brother, who was 13 at the time. The murders of Dahmer's other victims are horrible, but at least five of them may have been avoided had the authorities taken the Sinthasomphone family's concerns seriously.

Evan Peters, who plays Dahmer, reportedly stated that the series would not attempt to sensationalize the true event. He expressed hope that Monster: The Jeffrey Dahmer Story may spark a conversation about the mental health problem. He stated that he was "scared" to put on Dahmer's distinctive glasses. Joyce and Lionel Dahmer are played by Penelope Ann Miller and Richard Jenkins, respectively. Although the series is recounted in a point-of-view approach from the victims' perspectives, it is believed that considerable time will be spent on Dahmer's background.

Glenda Cleveland (Niecy Nash), Dahmer's next-door neighbor who saw his murders for years, is a pivotal protagonist in the series. Even though Cleveland had reported her suspicions to the police and FBI, her comments were consistently ignored. The series will hopefully shine a light on her tale, which is rarely mentioned in accounts of Dahmer's crimes.

Molly Ringwald plays Dahmer's stepmother Shari, while Michael Learned plays his grandmother Catherine Dahmer. Tracy Edwards, who led authorities to Dahmer and was lauded as a hero by the media, is played by Shaun J. Brown. 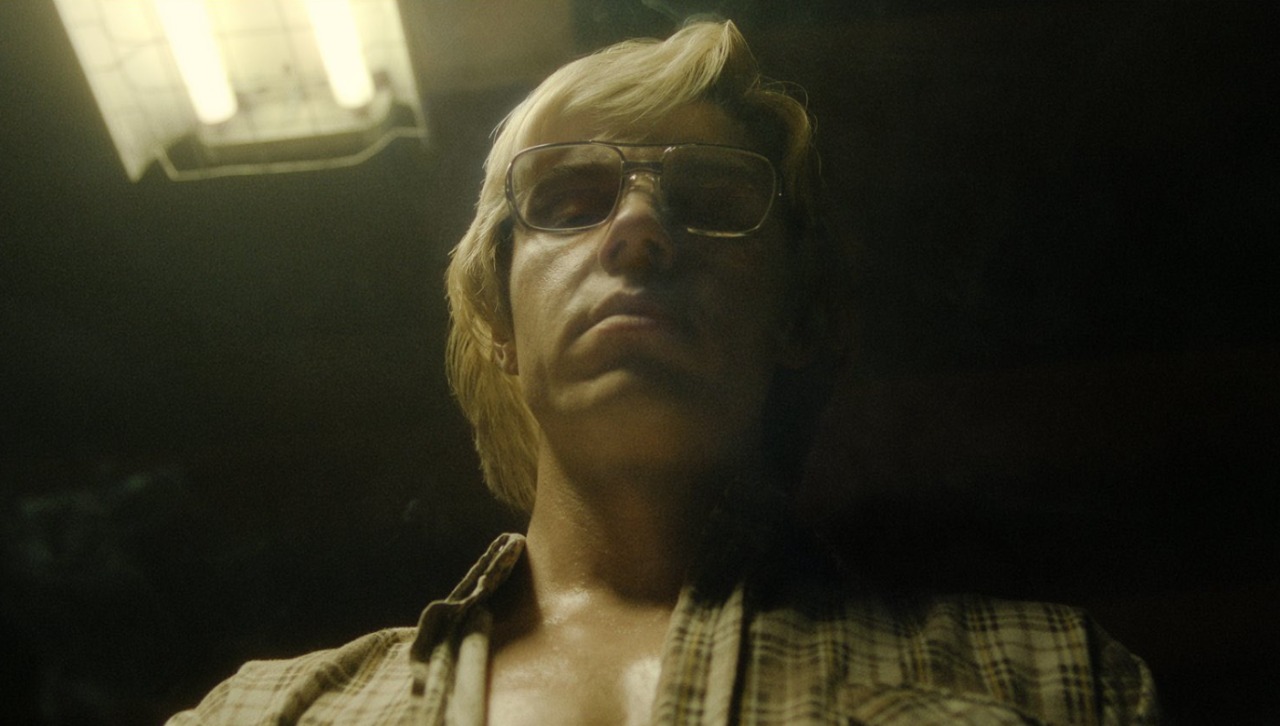 Monster: The Jeffrey Dahmer Narrative is not the first time the story of the famed serial killer has been dramatized for the big screen. Carl Crew played Jeffrey Dahmer in The Secret Life of Jeffrey Dahmer, released in 1993, and a young Jeremy Renner starred in David Jacobson's 2002 movie Dahmer. Dahmer was commended for its respectful handling of the subject as well as its examination of Dahmer's mind. Renner's performance piqued the interest of Kathryn Bigelow, who placed him in The Hurt Locker.

Friend Dahmer to investigate his experiences The graphic novel delves into the events leading up to Dahmer's first murder. After premiering at the Tribeca Cinematic Festival in 2017, a film adaption featuring Ross Lynch as Dahmer and Alex Wolff as Backderf earned excellent reviews.

Netflix has all 10 episodes of Dahmer available to watch. Carl Franklin, whose previous work includes Devil in a Blue Dress, One False Move, and Out of Time, is one of the series' directors. Murphy and Ian Brennan co-created the show. Franklin, Peters, Alexis Martin Woodall, Eric Kovtun, and Janet Mock are among the other producers.

Who is in the cast of monster: The Jeffrey Dahmer story? 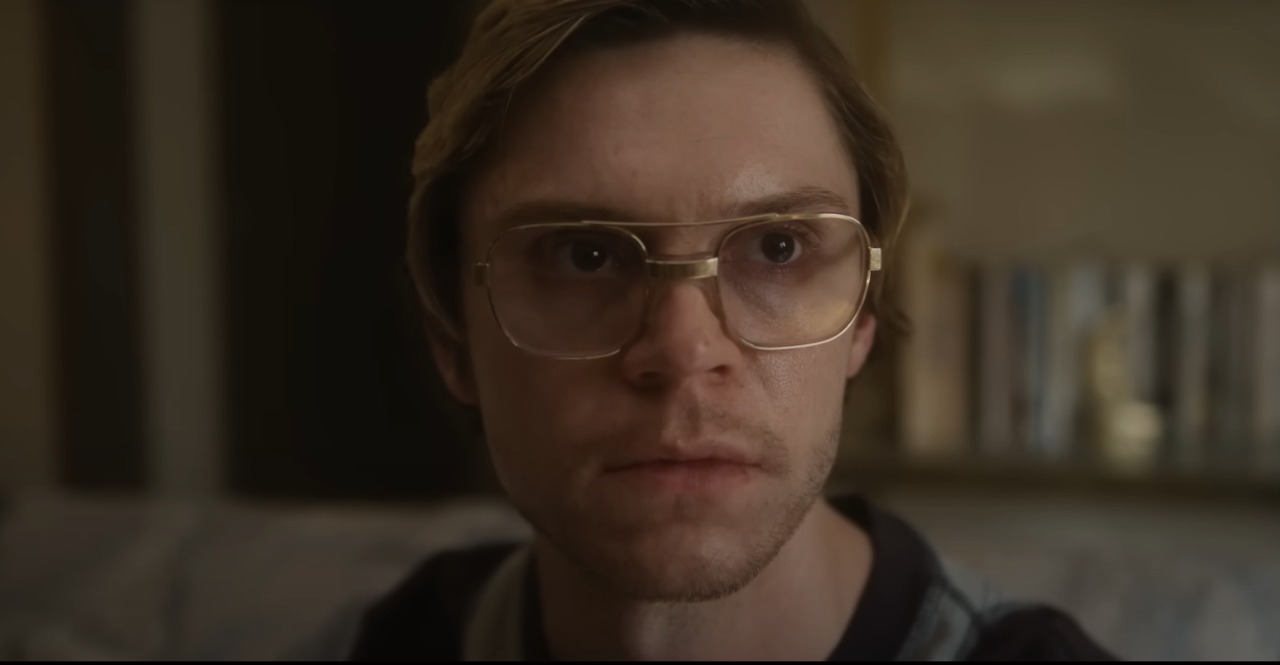 Ryan Murphy and his long-time producing partner have assembled an impressive crew to tackle Monster: The Jeffrey Dahmer Story, including directors from shows like Mindhunter, The Leftovers, Pose, and Hollywood, to name a few. Carl Franklin, who helmed many episodes of Mindhunter Season 2 (including a significant amount of the Atlanta Child Murders storyline), was charged with directing the show's first episode in October 2020, according to The Hollywood Reporter.

Janet Mock, who wrote and directed several episodes of Pose and Hollywood, will direct several episodes of Monster: The Jeffrey Dahmer Story, though the precise number has yet to be confirmed. Mock also created numerous episodes as part of a writer's room that featured David McMillan, the show's supervising producer.

When it was first announced that Netflix has approved Monster: The Jeffrey Dahmer Story, Deadline stated that the limited series would consist of 10 episodes, albeit the duration of each chapter has yet to be confirmed. According to the lengthy timelines of his escapades accessible on Biogrphay.com, the true crime show will span Jeffrey Dahmer's entire life, with segments of the series taking place in every decade between his birth in 1960 and final capture in 1991 and subsequent murder while in prison in 1994.

When making a show (or film) about someone who perpetrated atrocities such as those committed by Jeffrey Dahmer, there must be a careful approach to avoid glorifying the crimes and criminals while paying respect to their victims. According to Variety, Ryan Murphy and his creative team have found a delicate method to approach this as Monster: The Jeffrey Dahmer Story will be portrayed through the perspective of the boys and young men who fell victim to the sadistic killer.

It's unclear whether each of Dahmer's 17 victims will be included in the 10-episode limited series, but Monster will look at the killer's white privilege and how he utilized it to avoid detection despite being apprehended at least ten times until being brought to court in 1991.

Production on Monster: The Jeffrey Dahmer story was reportedly underway in June 2021 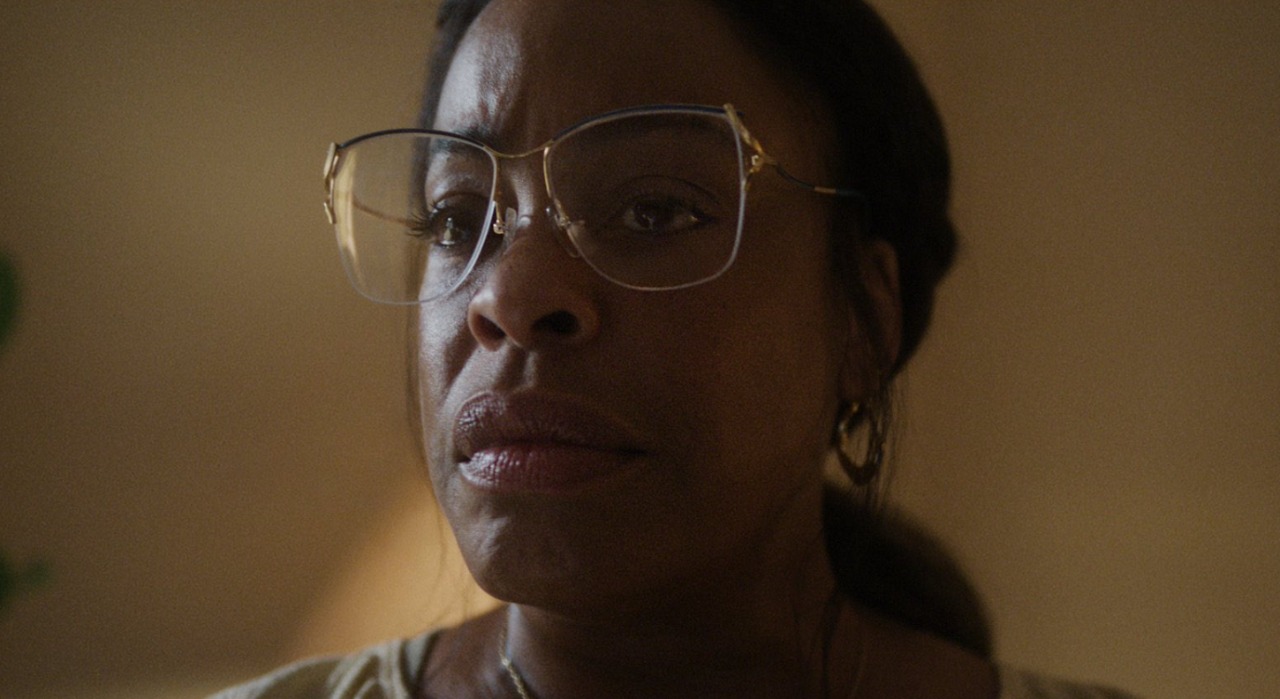 When Monster: The Jeffrey Dahmer Story was revealed in late 2020, there was speculation that production would begin the following year, and it appears that this is exactly what transpired. People.com revealed a photo of Evan Peters dressed up as Jeffrey Dahmer on the set of the upcoming Netflix limited series in June 2021. When the shot was posted, there wasn't much information about how long the shoot had been going on or how much filming remained.

At this point, we don't know much about Monster: The Jeffrey Dahmer Story, but there are plenty of amazing forthcoming Netflix shows to keep you entertained in the meanwhile.

While we wait for more information on a trailer and release date, it's a good idea to watch some other Netflix originals starring serial killers. Because Monster: The Jeffrey Dahmer Story is more of a docu-drama than a straight documentary series, Extremely Wicked, Shockingly Evil, and Vile is a fantastic place to start. Zac Efron (Firestarter) plays the infamous Ted Bundy in this film. Bundy, like Dahmer, was a serial murderer noted for his good looks and charisma, which aided him in luring his victims. Conversations With A Killer: The Ted Bundy Tapes, another Netflix original release, featured hours of video-recorded exchanges with Bundy as he was being interrogated, interviewed, and during and after court proceedings.

Is Jeffrey Dahmer movie on Netflix?
“Dahmer — Monster: The Jeffrey Dahmer Story” is now available to stream on Netflix.
How many episodes is Dahmer Netflix?
10
Is Jeffrey Dahmer true story?
Jeffrey Lionel Dahmer (/ˈdɑːmər/; May 21, 1960 – November 28, 1994), also known as the Milwaukee Cannibal or the Milwaukee Monster, was an American serial killer and sex offender who committed the murder and dismemberment of seventeen men and boys between 1978 and 1991.
Who is the man that got away from Jeffrey Dahmer?
He was the final victim of notorious serial killer Jeffrey Dahmer, but Tracy Edwards survived his brush with death, leading to Dahmer's arrest 20 years ago last week.
Is Dahmer still alive?
No
Who are Jeffrey Dahmer's parents?
Lionel Dahmer and Joyce Dahmer are Jeffrey's parents
What happened with Jeffrey Dahmer brain?
His brain was preserved while his parents argue over whether to give it to scientists for study.
Advertisement
You May Like This